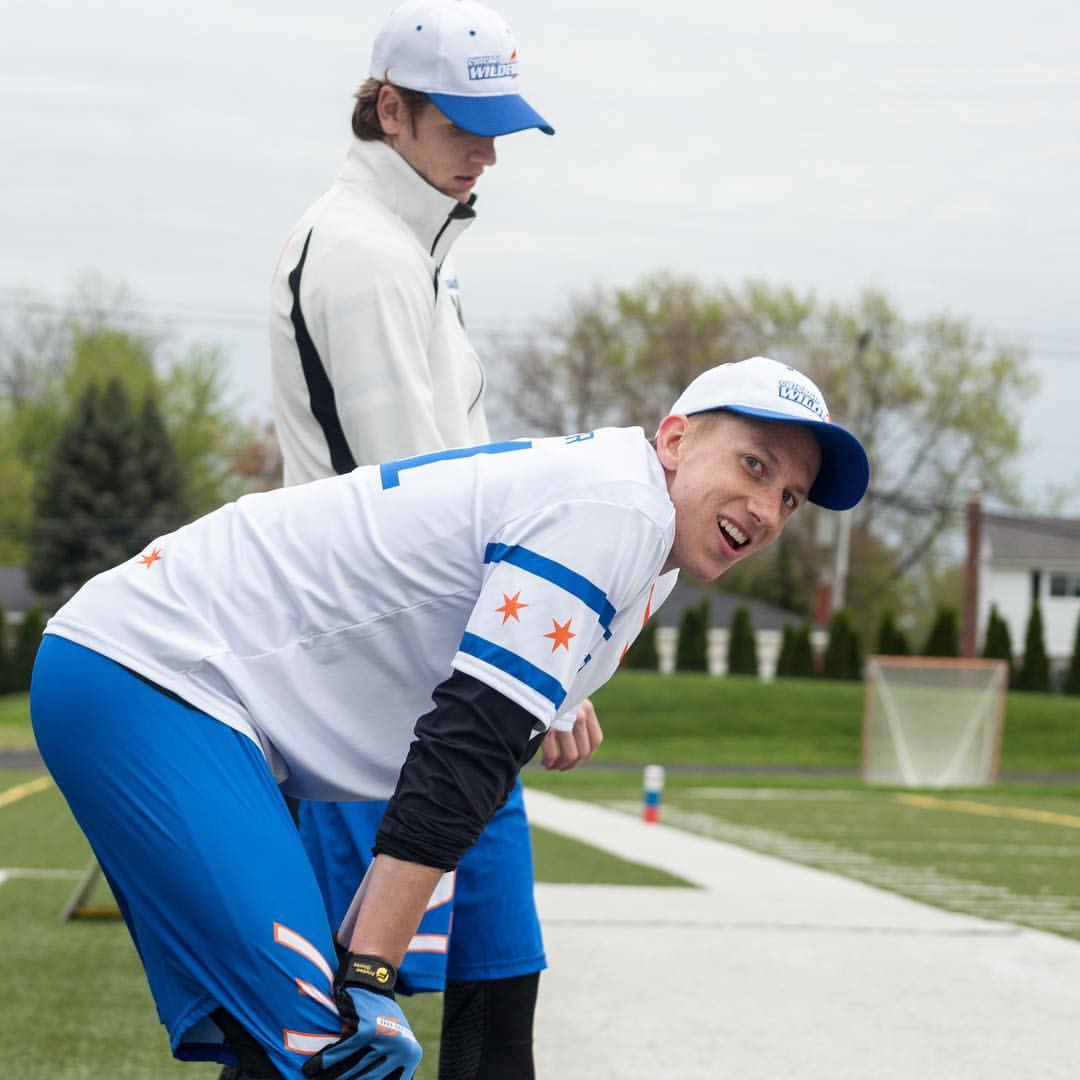 Coming back for the 2018 season, the Chicago Wildfire are excited to announce the return of offensive cutter #31 Danny Miller.

Known for his explosiveness, ability to get open, and reliability, Danny is a vital cog in the Wildfire offense. During the 2017 season, Danny recorded 216 catches and 180 completions, pulling in 17 goals and throwing 15 assists.

In what will be his fourth year with the Wildfire, Danny returns as one of the more veteran players on the team, leading by example with an incredible work ethic and dedication. Eager to see Danny back on the field, Coach Adrian King had this to say about the offensive cutter: “As a coach, you want to trust that your players are putting in the work between practices to push their skills and fitness to the edge of their capabilities. Danny refuses to be complacent, and I'm excited to see his impact on the offense this year.”

When asked what he was looking forward to in the 2018 season, Danny expressed enthusiasm for the returning younger talent. “I'm definitely excited for all the young guys coming back from last year. I saw players like Jeff Weis and Tommy Gallagher step up into big roles on the team and excel at them, and they'll be able to make an even bigger impact this year because of that experience.”

Danny was quick to give credit to the Wildfire leadership for the young players’ growth, saying, “I attribute a lot of their success to the leadership implementing the right systems and figuring out how to get the best out of everyone.”

The 2018 Wildfire season will see the return of last year’s core leadership, as well as many familiar faces from the roster. Danny placed high value on the large number of returning players. “Having a consistent roster year to year is extremely important, as it provides for better chemistry and allows the team to make progress on the previous year earlier in the season.”

Being a more cohesive unit with a large group of returning players should prove beneficial for the 2018 Wildfire. Danny recognized the importance of the returning experience, stating, “We'll definitely lean on the more experienced players in crunch time to keep us from getting rattled or making mistakes at the end of games.”

Closing out games is something with which the Wildfire have struggled in the past and which will certainly be a point of focus during the 2018 season. Reflecting on past seasons, Danny had this to say: “One key marker for success will be how we perform at the end of close games. It has been an unfortunately common occurrence for us to put ourselves in position to win through 40 minutes of the game, then blow it in the last 8 minutes. I hope we build on the chemistry that developed last year and that we finish games strong.”

Danny is looking forward to battling the other teams in the Midwest Division and shaping his style of play to fit even better with the Wildfire offense. “Typically, I prioritize being a primary in-cutter,” he said. “Last year, I began pushing myself to be more of a throwing threat as well, which is a natural complement to getting the disc underneath a lot. This year, I plan on being a little more conservative throwing the disc, making sure I don't take more shots downfield than I should, especially given the other throwers we have on the O-line.” The Wildfire are also looking forward to seeing Danny utilize his speed and explosiveness to pull in some deep scores.

The Ohio native began his ultimate career in college at Denison University before a one-year stint at North Park University in graduate school. Danny began making a name for himself around the Chicago area, playing for five different club teams over a five-year span. He now focuses on sharing his ultimate knowledge, and this spring will begin his second year assistant-coaching at Pritzker College Prep's high school team.

The Wildfire are excited to see how the returning experience and developing talent will impact the 2018 season. As they did in his first year with the team, Danny is hoping to see the Wildfire return to the postseason and maybe even make an appearance at AUDL Championship Weekend August 11-12 in Madison, WI.