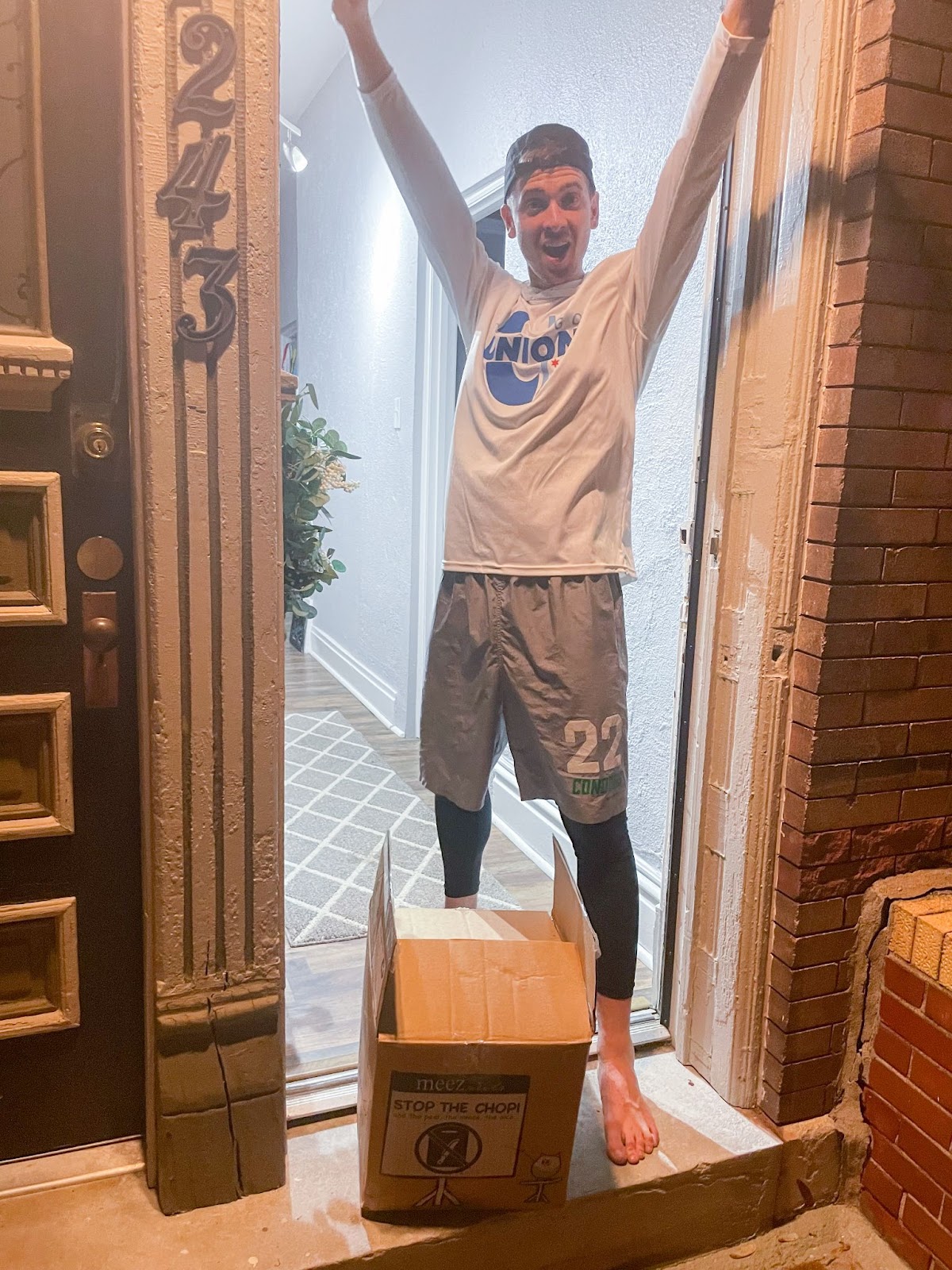 The Chicago Union is proud to partner with Meez Meals, a Chicago-based home meal provider, with this great opportunity to GET TO KNOW the players on the team… while cooking!

Q & A with Wesley Groth

Q: How and when did you get started playing Ultimate?

I played three years of high school Ultimate for Francis Howell Central in the “SLUJ” (St.Louis Ultimate Juniors) league through SLUA (St. Louis Ultimate Association) and led that team to heights it had never reached before I joined that program. I was a 3x all-star for that program in three years of playing. Then, I started playing club with Brick City out of St.Louis which was CaSTLe/Sentinels feeder team that wasn’t good enough to make the actual talented men’s club teams. Then, I joined the Navy as a dental assistant and got stationed in Chicago where I made the team “Beachfront Property” and was given the respect to be a starting O-line cutter where I was built up and led and poured into and coached up and people saw something in me that made them give me the keys to the team (Casey Degnan, Alex Shipps, Capt. Jack Shanny). In 2015 and 2016 I got cut from the Chicago Wildfire but then I also tried out for the Indianapolis AlleyCats in 2016 and made the team as a D-line cutter for a season. That experience opened up a million doors when the Navy stationed me in Iwakuni, Japan. From Iwakuni, I got connected to a Buzz Bullets player through the connections I built in Chicago with Machine players. That Buzz Bullets dude Tetsuya (#11), then got me in touch with the mixed frisbee team in Tokyo called IKU and I went to the AOUGCC tournament with them in the Philippines, run to the Taiwan tournament in Taichung, Taiwan and then from playing with them I was invited to play with Team Japan Mixed at the Beach World Championships in Royan, France, where I placed 22nd out of like 36 teams. Then, I moved to San Diego and made it as a starting O-line cutter for three seasons alongside the best players I have ever suited up with between the Growlers and SoCal Condors. I made it to Championship Weekend twice with the San Diego Growlers and then club nationals in 2019 as an actual player and not just a bench rider on the SoCal Condors. I made it out to the U.S. Open a couple times with two separate Japanese teams (CHAOS and Osaka Spirits). I am on Team Humiliswag for Beach Nationals in May ( a 2x world beach champion organization who finished second this year at nationals). I have been to probably 20 different party tournaments around the world and the people I am with usually win the party, so that is another important frisbee aspect to me.

Q: What has been the highlight of your Ultimate career to date?

There have been a lot of highlights throughout my Ultimate career to date but a moment to remember would be when I threw an inside flick-swish in my first game as a member of the Chicago Union against the Thunderbirds in 2022 to Jeremy while Max Sheppard was guarding him.

Q: What do you like best about the Chicago Union and AUDL?

The Chicago Union are the most “Professional” Ultimate Frisbee team in the league. A group of individuals committed to competing, communicating, and pouring into their community. The passion and vision for the Union is in sync with my own values and vision for the sport. This it is reeeeealll easy to love this group of talented individuals; those on the field and those behind the scenes!

Q: What are you looking forward to the most this season?

I am looking forward to a Jeff Robinson huck to me for an awesome highlight while I roof some guy! Playing on defense this season after being an O-line guy for 11 out of 13 years playing this sport only allows me to expand my game/skillset and that’s a dangerous thing.

Q: What do you like to do outside of playing Ultimate?

I love landscaping and getting my hands dirty cultivating a beautiful garden/lawn/home. Traveling is my passion because gaining perspective from cultures and humans around the world in the multitude of ways possible is so so so so special!

Q: What is one interesting fact about you?

I solved a Rubik's cube in a minute and 15 seconds before our first game against Pittsburgh in front of my teammates and that felt cool. I’m also a fish tank dude; love me some African Cichlids and Lion Fish.

I had the delight of cheffing up the chicken scallopini with hazelnut whipped butter and to get to the chase, it was DELICIOUS! From the packaging used for each ingredient, to the quantity of food, to the delightful level of being fueled up after my plate was nearly licked clean… I highly recommend this dish! The recipe card provided made this meal so seamless to make after a great night's work of frisbee practice with a rumbling belly longing to get some tasty food in there. Even the website is super user-friendly with great communication from beginning to end. I encourage everyone in my network to check out Meez Meals because this is a company worthy of supporting as the competition for this service continues to grow. If you have the Union locked in as your favorite to go the distance this season then you have every reason to have Meez Meals be locked in as your go to provider for delicious food.

Union fans can get Meez Meals, Chicago’s #1 rated dinner meal kits, delivered directly to their doorstep - use the code UNION to get 50% off your first order! 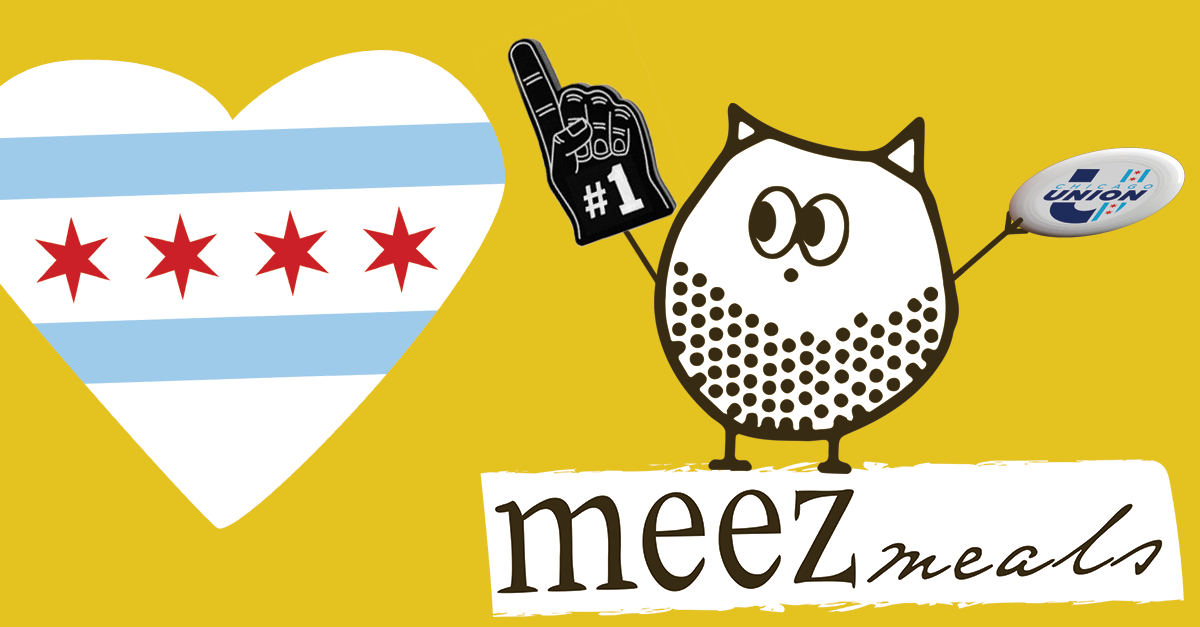 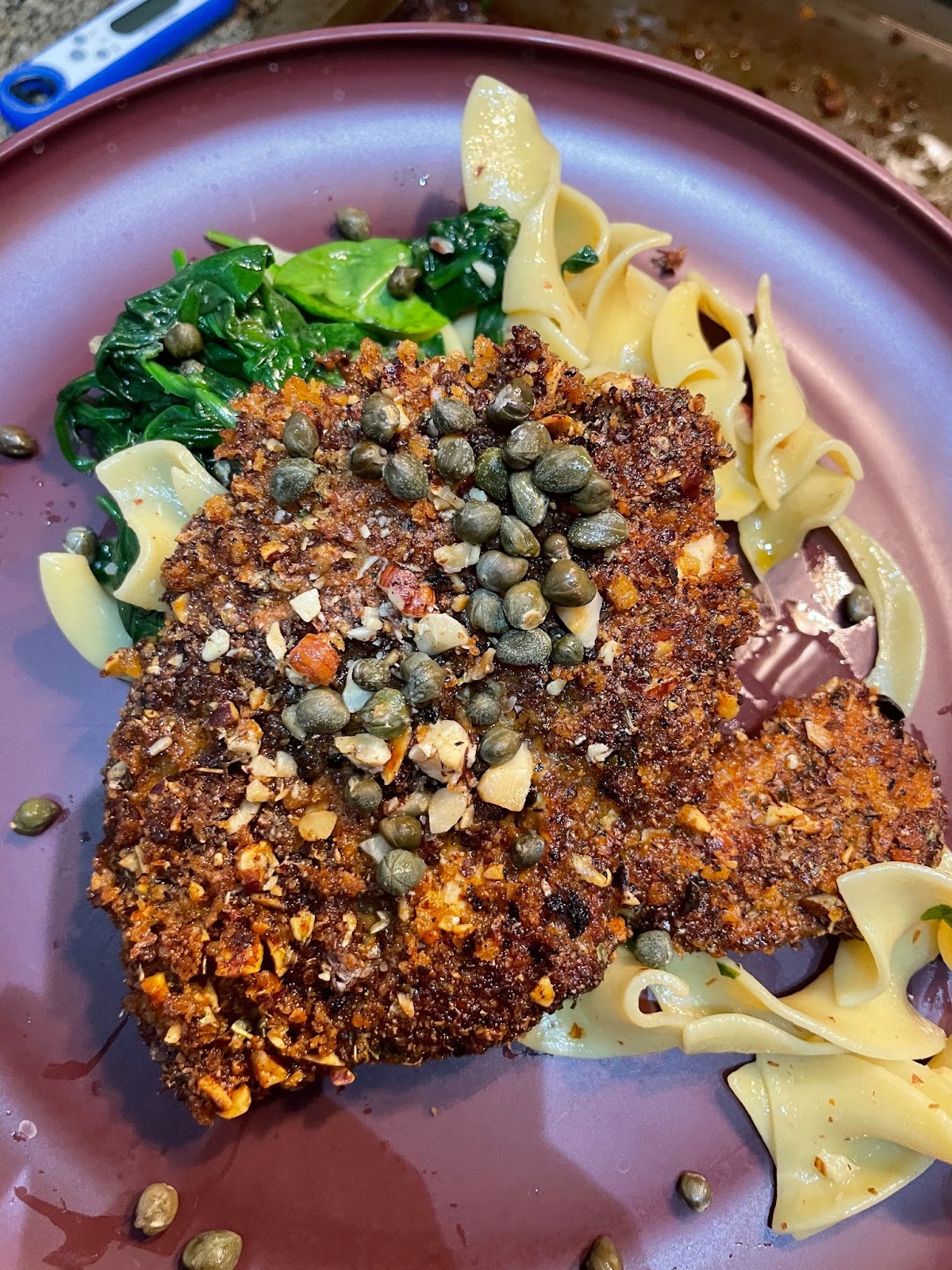