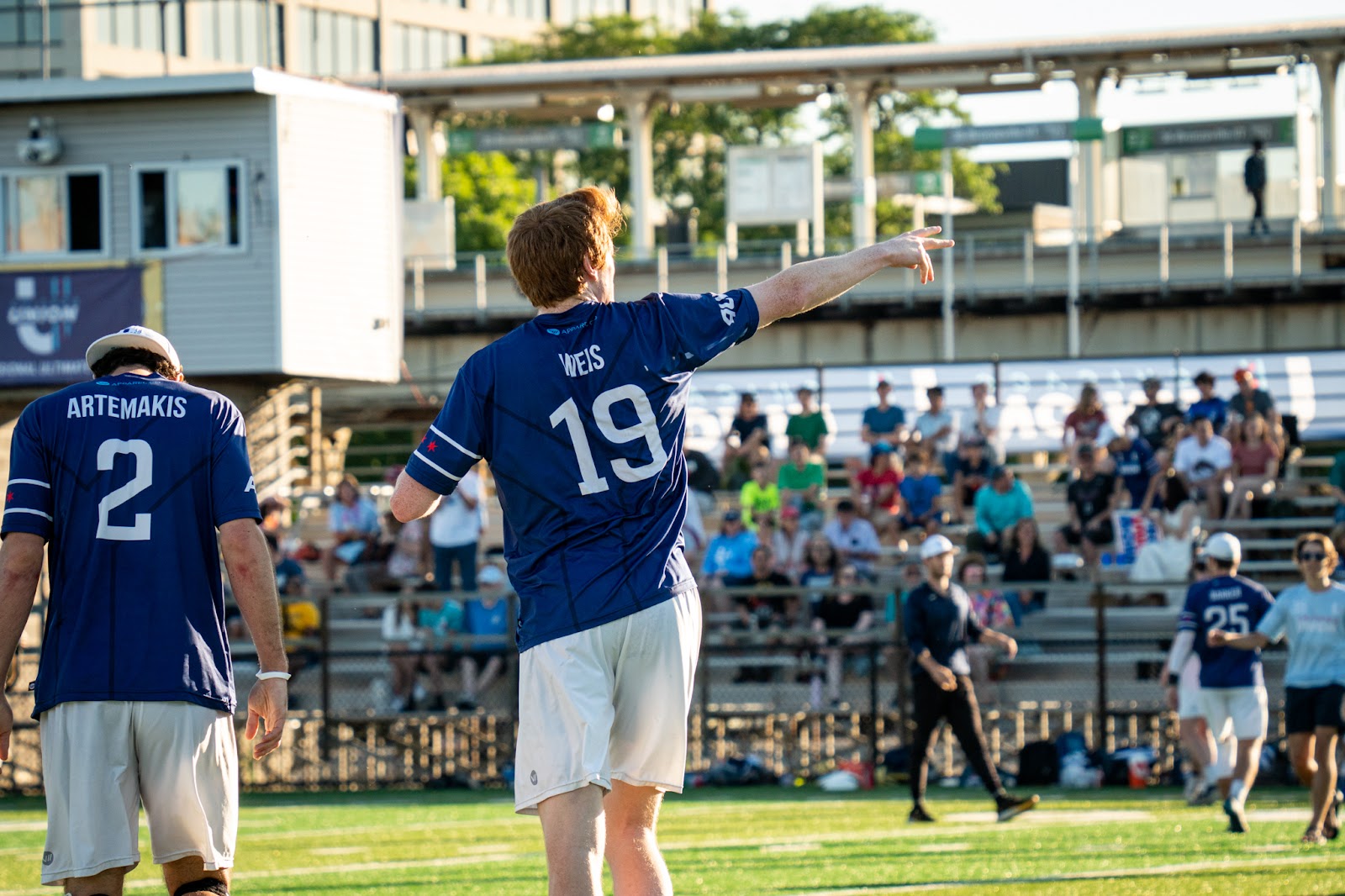 The Chicago Union hit the road this weekend for a matchup against the Indianapolis AlleyCats on Saturday, June 25, at 7:30 pm EDT/6:30 CDT at Grand Park in Westfield, Indiana.

However, it was Chicago’s D-line, specifically Jace Bruner, Asher Lantz, and Nate Goff that really shined in the second half of last Friday’s game. With one minute left in the third quarter, Goff comes up with a huge block that leads to the score to give the Union their first lead of the game.

Chicago took advantage of their halftime talk and succeeded with a satisfying comeback in the end.

Heading into Saturday’s game against the AlleyCats, Weis will be the player to watch for as he is coming off of his most productive offensive game of the season for the Union.

Weis is a force downfield, showing a consistent ability to shield off defenders on hucks and high-point discs in the air. His throwing ability has largely improved from years past, as he has gone 3-for-3 on hucks the past two games with over 300 combined throwing yards.

With Paul Arters still sidelined with an injury, and the team being without Artemakis on Saturday, Weis has a chance to build on his offensive game as he may find himself in more of a primary goal-scoring role this weekend.

The Chicago Union will be back at home on Friday, July 1, at 6:30 pm CDT for their second matchup against the Minnesota Wind Chill at De La Salle Institute in Chicago, Illinois.