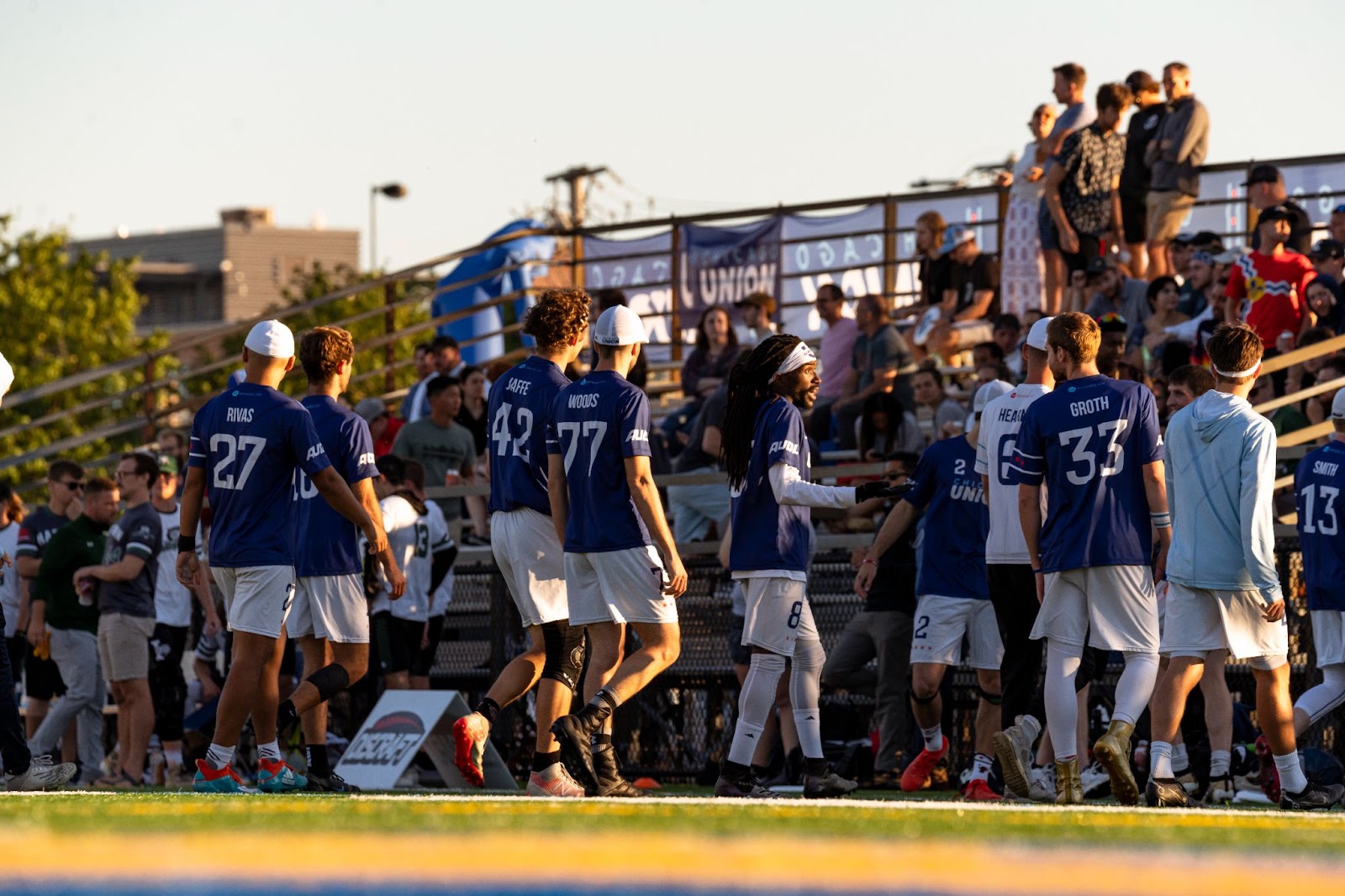 Last night, the Chicago Union faced off against the Madison Radicals in their last road game of the regular season, crushing Madison’s playoff dreams and improving their record to 10-1 after a 21-15 win.

#7 Jack Shanahan received Player of the Game for his huge performance against the Radicals. Shanahan showed his presence throughout the game with six goals, three assists, and was +8.

The Chicago Union are back at home on Saturday, July 29th for their last game of the regular season where they will be facing off against the Detroit Mechanix at 6pm CDT at De La Salle Institute in Chicago, IL.

Come join us for Fan Appreciation Night, we want to give a HUGE thank you to all our fans! Without you, we would not be where we are today!

The 2022 Central Division Championship Game is coming back to Chicago and will be held on August 21 at 4PM. The game will be showcased on AUDL.TV and tickets are already on sale! The Chicago Union will be facing off against either the Indianapolis AlleyCats or the Minnesota Wind Cill.