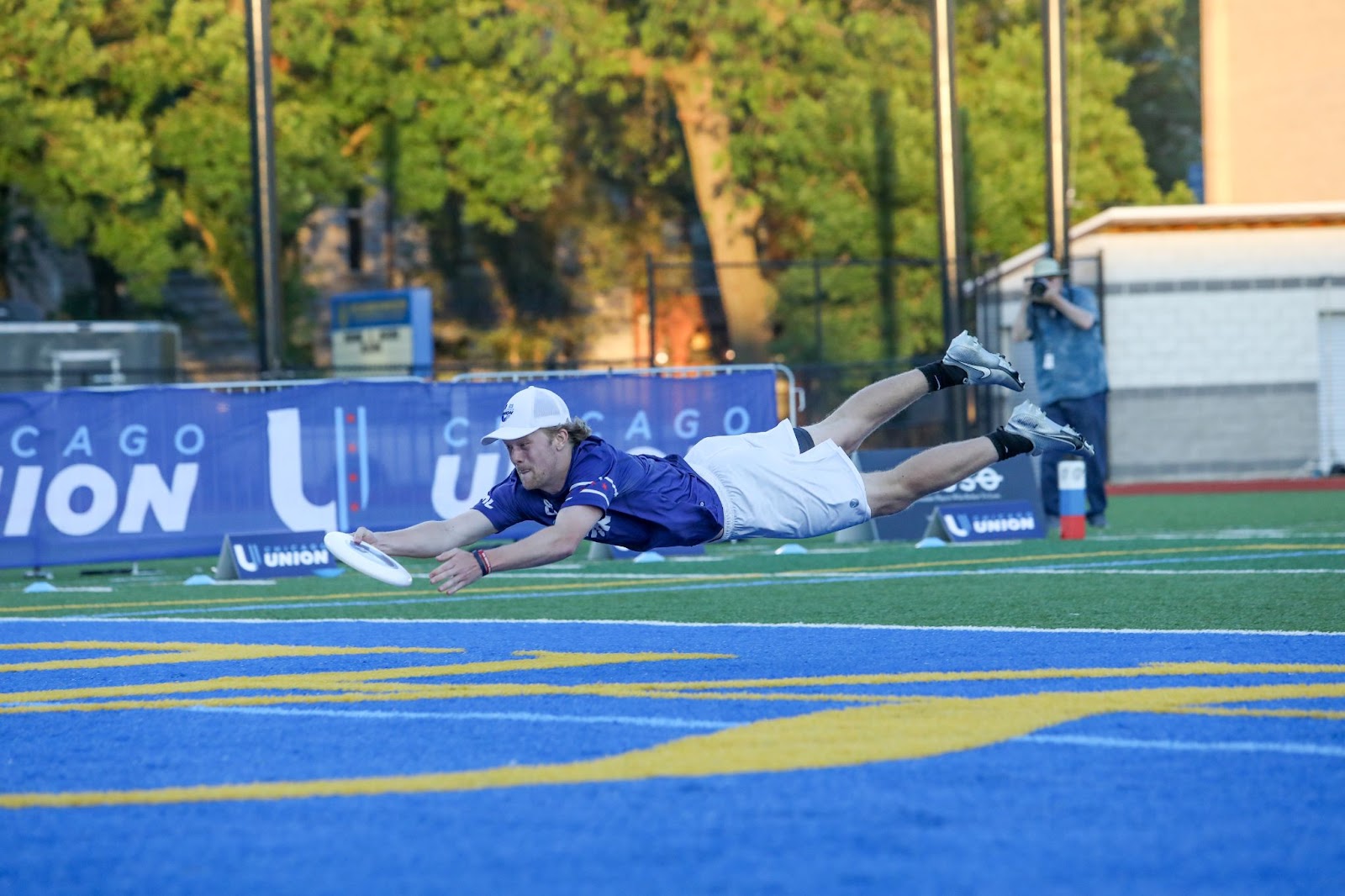 The Chicago Union are back at home this Friday, July 1, at 6:30 pm CDT for a matchup against the Minnesota Wind Chill, their first game at De La Salle since the Chicago Union defeated them in the 2021 Central Division Championship Game.

In their last 2021 matchup, the Chicago Union defeated the Minnesota Wind Chill 21-19 in a legendary comeback, locking in their first ever postseason win in franchise history and punching their ticket to Championship Weekend for the first time.

Throw on your alma mater’s colors and join us for College Night this Friday, featuring Haymarket Pub & Brewery --  a small, honest, and loyal business that gives a nod to the 8-hour workday, going out of their way to help people and promote good causes.

It also happens to be the OFFICIAL destination for watch parties for all Union away games this season!

Heading into the final month of the regular season, the Chicago Union now hold a record of 6-0 (surpassing last season’s best record of 5-0) after a road win this past weekend, defeating the Indianapolis AlleyCats 24-23.

With this win, the Chicago Union are amongst three teams that still remain undefeated -- Colorado, Chicago, and New York. However, Chicago’s road to get here has not been the easiest.

This past Saturday, the Union needed yet another comeback and ultimately showed up in the moments that mattered, trailing the AlleyCats 22-20 with less than seven minutes left in the fourth.

After AlleyCat’s legend Cameron Brock bolted away from Nate Goff, Chicago’s Reid Martin earned himself “Player of the Game’ with a clutch block in the end zone in the last five minutes of the fourth quarter.

Kyle Rutledge, perhaps one of the Union’s most underrated additions to the 2022 season, made some key throws in Saturday’s game to help Chicago rally to victory against Indianapolis. Two of his five assists came on a game-changing 4-0 fourth quarter run, transforming a 22-20 deficit with 6:40 remaining into a 24-22 lead with just 1:09 to play. Rutledge finished the game with a game-best 720 yards(446 throwing and 274 receiving)and completed 44-of-45 passes.

Ross Barker’s flick huck to Jeff Weis tied the game at 22 and then, former AlleyCat, John Jones delivered a soaring block in the end zone against former teammate Levi Jacobs, leading to Rutledge’s cross-field missile to Charlie Furse, launching the Union ahead 23-22 with two and a half minutes remaining.

About 45 seconds after that, Goff’s diving interception set up another Chicago break-chance, which Goff’s diabolical diagonal hammer paid off, giving the Union its first multi-goal lead of the game.

For their second straight game, the Union’s defensive pressure was the difference.

The Wind Chill will voyage to the Windy City this Friday for another huge showdown against the Union, after their Week 2 home opener loss to Chicago. A must-win game for the Wind Chill if they want to potentially host the Central Division title game.

It is clear that the month ahead should set the stage for a tremendous playoff picture.

The Chicago Union play their next game on July 9, at 6 pm CDT against the Indianapolis AlleyCats at De La Salle Institute in Chicago, Illinois and it is Heroes Night featuring Midwest Coast Brewing!