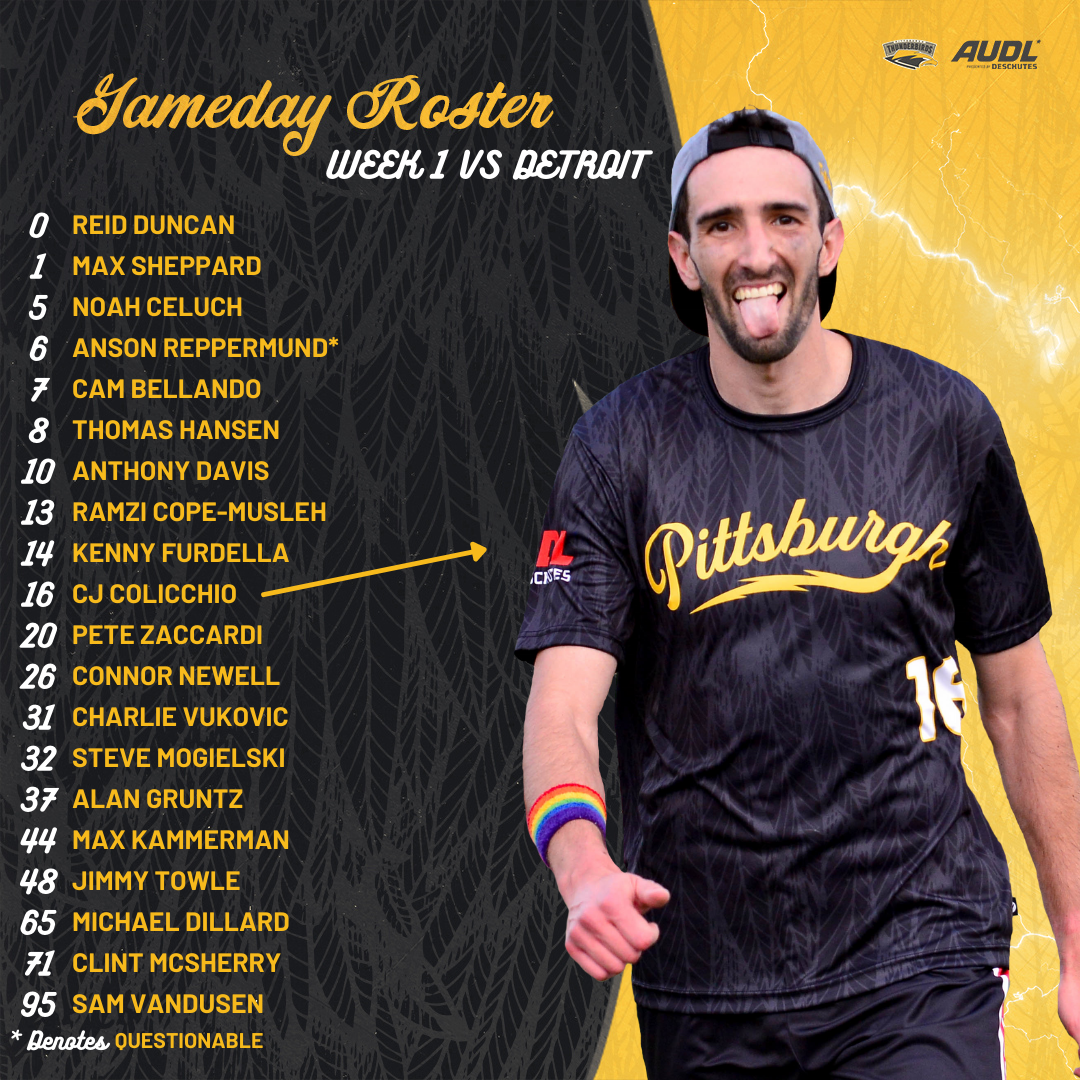 The action continues as the T-birds arrive in the Windy City to confront the Chicago Union Sunday, May 1, at the De La Salle Institute football field. The first pull is 2:00 p.m. CDT.

Pittsburgh was 1-11 in 2021, playing in the Atlantic Division due to restrictions because of the pandemic. This season with a return to the Central, Max Barowski takes over as just the third head coach in franchise history from Pat Hammonds. He said on the T-birds’ Instagram site, “I pride myself in being someone that is caring and thoughtful about the way I go about my everyday life, and that applies to my approach to ultimate as well.” The challenge I see for Barowski and new assistant coach James Greeno is to cut back on the number of turnovers per game.

I look forward to the continued improvement from players like Chris Graber, Pete Zaccardi, Myles Cooper, Ian Engler, and Clint McSherry from week to week. The rookies to keep your eye on are Ramzi Cope-Musleh, Kevin Mirabal-Evans, Martin Bustamante, and Reid Duncan from Pine-Richland High School.

After going 0-12 during 2021, Detroit’s losing streak stands at 50 contests over four different seasons. The last time the Mechanix owned a winning box score was Saturday, April 29, 2017, when they downed Chicago 23-14. They have been part of the AUDL since the league’s inaugural season in 2012.

Third-year handler Bryan Walsh (nine goals, 46 assists, and 4064 throwing yards) commented to Evan Lepler on the AUDL web page, ““We’re not trying to skirt around it or suppress it. We’re fully embracing [breaking the streak] as the goal and being very transparent about that. Win a game. Then build off that. That’s really the sole objective in our path.”

Weather watchers expect cloudy skies Saturday with a daytime high of 60 degrees and an evening low of 50 degrees. The prospect of rain is 82 percent, and the winds should blow in from the southeast at 19 mph. Rainfall might top out at a quarter of an inch in the region.

Fans of the light blue, white, and red saw the Union complete the 2021 season with an 11-3 record. The Boys of the Windy City lost 21-20 in overtime to the Raleigh Flyers Friday, September 10, during the AUDL Championship Weekend in Washington DC.

Paul Arters (13 goals and 22 assists), Ross Barker (38 goals and 24 assists), Sam Kaminsky (eight goals and eight assists), and Nate Goff (12 goals, 10 assists, and 14 blocks) are also back to help the Union move the disc up and down the field. First-year Kyle Rutledge from Northwestern University could be in Rookie of the Year talks at the end of the season.

Prognosticators look for cloudy skies on Sunday with a high of 57 degrees. The chance of rain is 15 percent, and the winds should be out of the southwest at 10 to 20 mph.

Broadcast: Both opening weekend matchups are available on the subscription streaming service AUDL.tv.

Tickets: Check out the availability of seats for Thunderbird home dates online here.

NEXT UP: The Black and Gold cruise the highways to the Badger State to battle the Madison Radicals Saturday, May 7, at Breese Stevens Field. The longtime Central Division rivals meet at 6:00 p.m. CDT. 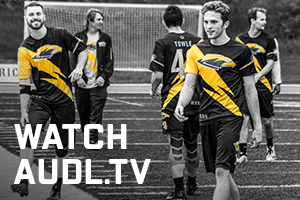