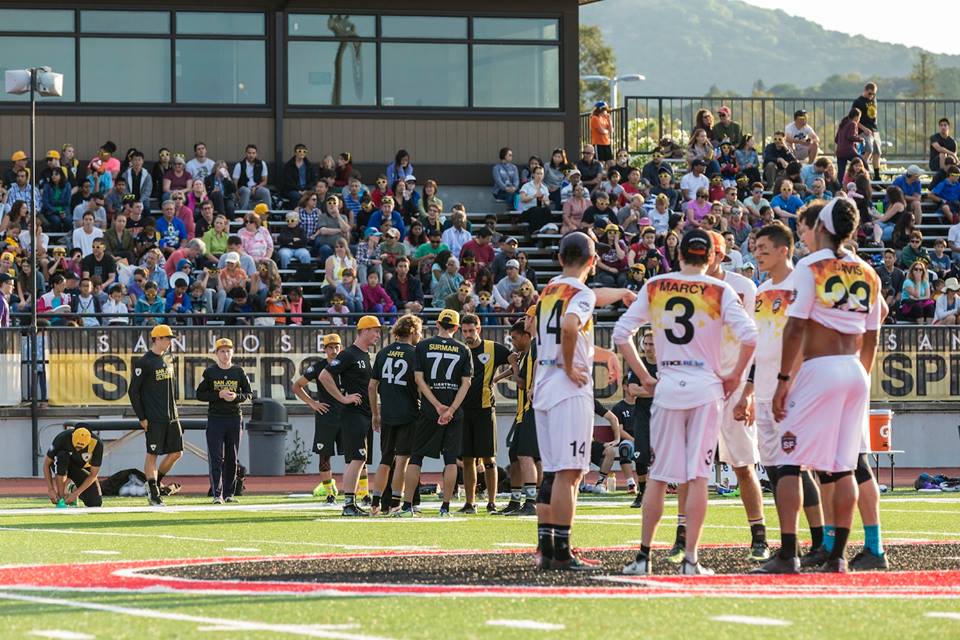 The Spiders will host the Flamethrowers this Saturday in the home opener at Foothill College in another installment of the Battle of the Bay. While this game counts just the same in the standings, to the players and the fans that have been with the team since its inception the rivalry between the Spiders and Flamethrowers makes this game one of the biggest of the season. With so many players changing teams over the last 4 years and 3 championships between the 2 teams over the last 4 years it’s hard to imagine a bigger rivalry in the league.

In 2014 the Spiders and Flamethrowers both joined the AUDL Western Conference and were immediately the division favorites. Neither team lost to a team outside the Bay Area, with San Jose winning 3 out of 4 games against San Francisco. When they met in the Western Conference finals San Jose easily defeated their North Bay rival and went on to win a championship. 2015 provided greater competition for the Bay Area teams but the season played out much the same and San Jose continued to it's 2nd straight championship. But from San Francisco's perspective many of the players that led the way to the Spider's back to back championships were San Francisco natives who should have never left to play for San Jose in the first place. The influence of San Jose's two stars, Beau Kittredge and Ashlin Joye, helped recruit players away from San Francisco.

So in 2016, when Beau was swept away to Dallas, San Francisco saw the opportunity to lure back their local players. 2016 saw the departure of some of San Jose's favorites including Simon Higgins, Greg Cohen, and Christian Johnson. San Francisco became the dominant team in the West and San Jose was stunned by the loss of their top players. It was a tough pill to swallow for the Spiders fans that had become so accustomed to on field success. This was the most lop sided Bay Area series to date with San Francisco winning 4 of 4 between the two teams and finished first in the West. San Jose missed the playoffs while San Francisco made it to the Western Conference Finals before losing to Seattle in a disappointing end to their season.

2017 saw the return of both Beau Kittredge and Ashlin Joye to the Bay Area but this time playing for San Francisco. With Beau at the helm, San Francisco finally reached the AUDL finals and won a championship. But it was also a season of surprises. The Spiders were able to win 2 out of 4 against San Francisco and they began creating their own team identity in a season following their 2016 rebuild. The Spiders signed a new coach with Tyler Grant and a greater commitment during the offseason. San Francisco finished the season 14 - 3 with 2 of their 3 losses coming at the hands of the Spiders.

This Saturday’s game will be the second match between these two teams this year. Last weeks game opened with sloppy play by both teams. There were some surprisingly easy drops in windy conditions caused by nerves and the pressure of higher expectations. San Francisco lost a good chunk of their stars and were the under dogs on paper for the first time since 2015.

The Spiders were able to pull away from San Francisco in the second and third halves. Mark Lin made a big impact in the second half, setting up most of the pull play throws to big receivers Jackson Stearns, Shane Earley, and AUDL rookie Zach Sabin. When the offensive line needed to grind out a point Sonny Zaccaro and former Flamethrower Lucas Young played the role of disc reset and keeping the disc moving. Sonny also took some shots from mid range and collected 8 assists on the evening, 6 more than Mark Lin or Justin Norden.

The fourth quarter was a tough quarter for San Jose. The Spiders held a 4 point advantage going into the 4th and the wind had died down making scoring easier and getting breaks more difficult. San Francisco was playing with a tight rotation at the top of their line up but their star players former Spiders Greg Cohen, Eli Kerns, and Marcelo Sanchez were up to the task. San Francisco used 2 time outs to get their star players back on the field after a time out, and were successful both times. In the last point, San Jose received the disc with 2 minutes left up 1. Without needing to score, the offense took their time before they realized they could just run out the clock without ever giving San Francisco a chance to score.

But after a timeout call from the Spiders sideline, San Francisco knew this was going to be the last possession and put in their top lineup to try to tie the game. 20 seconds later and Antoine Davis gets a layout block followed by a huck from Eli Kerns to Greg Cohen, but it would be Sonny with the block on Eli’s huck against Greg to seal the win.

With the Spiders 21-20 win last weekend the Spiders are now 10 - 9 all time against San Francisco. Conditions seem similar to last weekends, breezy and a little bit cold. Both teams will be short handed as this weekend’s games coincide with start of the college series. That means defensive stand out Sam Kunz and Gabe Hernandez, both playing for Stanford’s club team, will be out on Saturday. Alex Pan, Berkeley’s top handler will also be missing from San Francisco’s lineup. There are also a number of injuries among the Spiders roster including Shane Earley who landed awkwardly on his knee in the 4th quarter against San Francisco.

Andrew Moore, and Jake Tozer will be making their first start of the season. Andrew Moore is a defensive standout who is entering his 3rd season with the team. He was scratched from the season opener due to a nagging injury but he is ready for game 2. Jake Tozer played with the team in 2017 and will be joining Moore on the D line. Ben Levinsky and Tyler Condit will both be making their first start in the AUDL on the Spiders defensive line.

Once again, expect to see Justin playing as the team’s center handler on the D-line. Justin got the majority of the touches on the D-line’s offensive opportunities and threw 2 assists and scored a goal in game 1. He also supplemented the Spiders O-line when handlers got tired. Despite the different roster adjustments the Spiders are able to maintain their offensive continuity with Steven Chang, Lucas Young, and Sonny Zaccaro  as handlers. While Shane is out for this game, Zach Sabin, Mark Lin, Jackson Stearns and Nick Murphy remain on the starting offensive line.

Regardless of who is on the field you can count on a lot of drama as San Francisco vs San Jose always brings out the most memorable games of the season. The game kicks off at 7:00 pm Saturday at Foothill College Stadium. 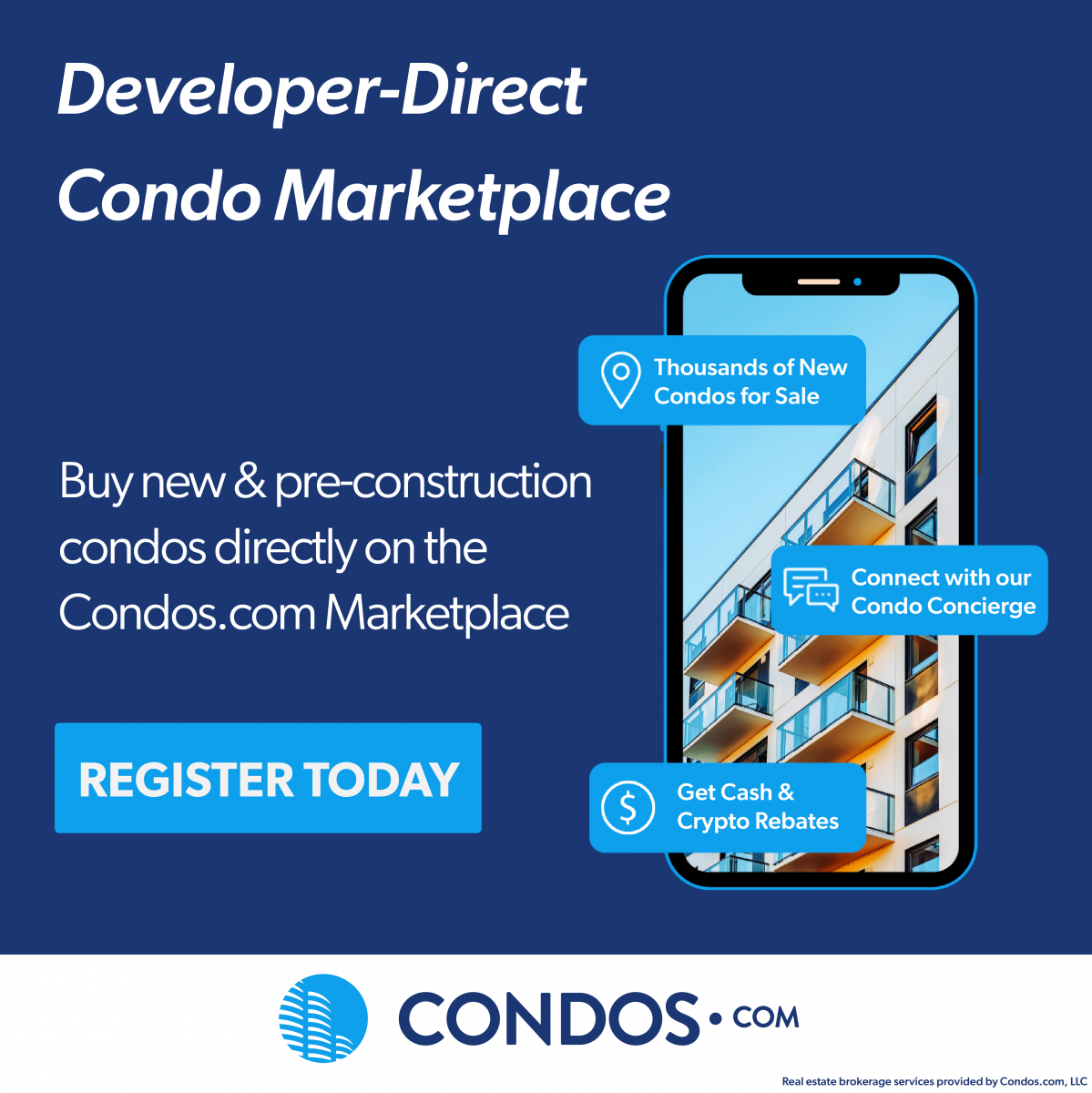