BY: CHRIS CASSELLA
It’s never wise to tempt the sun.

In an ancient land with a storied past, there lived a boy named Icarus. One day, he built some wings, and with hay and feathers fastened together with a homemade paste, Icarus found a way to fly. But Icarus was too proud, and one day tempted the sun. His rag tag wings melted, and he fell; down, down into the sea below, never to tempt the sun again. 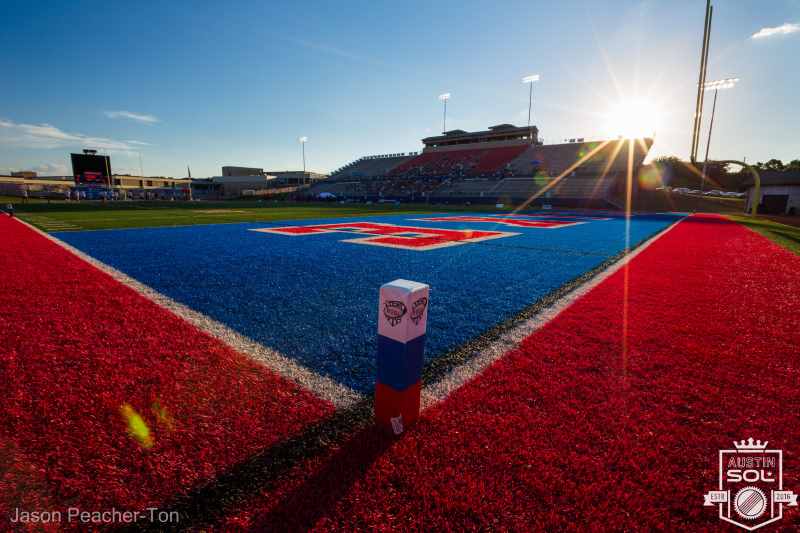 This past weekend, the Austin Sol battled the Los Angeles Aviators at home in front of scores of devoted fans. But, while the Sol was focused on their game with Los Angeles, the chatter around the league was still centered on the upset victory from the week before. They had questions about the Sol, and the questions were boring. Did the Sol get lucky? Could they perform the same the rest of the season? How would the Sol fare against a more unfamiliar opponent? But while the league was in doubt, the Sol prepared, once again, to prove themselves on Saturday night.

After a hard four quarters, the Sol entered overtime for the first time this season. The score was 20-20. Players were tired, but by no means done. They had trained this whole season for moments like this one. And, with the home crowd behind them, the Sol were convinced the only way they would lose the game is if they beat themselves.

The hometown team opened overtime with a controversial break as Cecil and Osborne go down in a heap on an underthrown deep shot. With no call from the refs, the Sol quickly work it up the field and score on a quick jab from Cecil to Wylie: 21-20. On the next point, both teams trade turns before the Sol can work in a second break: 22-0. Then a final turn; with 2:26  left on the clock. The name of the game, now, is possession. And instead of trying to rush down the field for a score, the Sol decided to stay calm. The Sol turned the disc with 12 seconds left, but Los Angeles did not have time for a two-score comeback. The clock expires. 22-20, Sol, is the final score. The team once ranked second to last is now first in the West and 2-0.

The Sol is a program dedicated to hard work on and off the field. But a key component to any good team’s success is their fans. With each point, the Sol fans stomped on the metal bleachers mimicking rolling thunder as the pull hit the ground. With each score they’d spring to their feet and cheer for their hometown boys. And at the end of the game, they stayed until each player left the field, greeting them with hugs, photos, and proud handshakes. 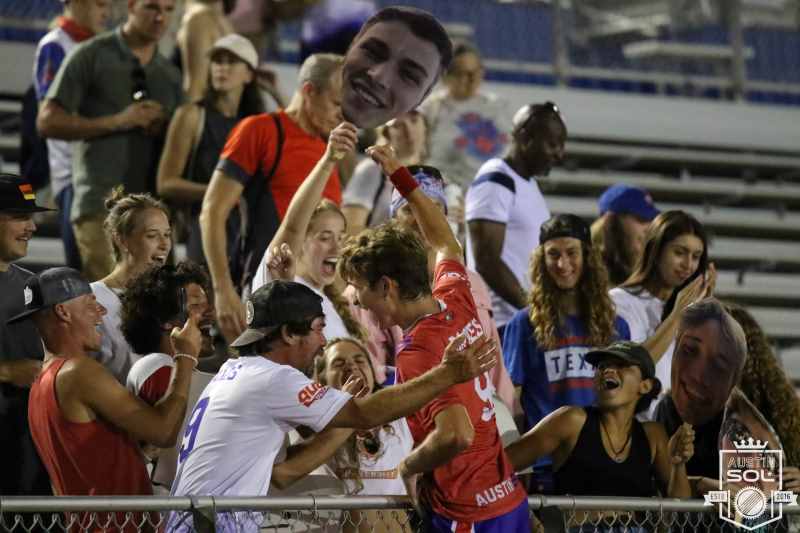 And so, like Icarus who doubted the power of the sun, let this string of wins be a lesson. It will never end well when you fly too close to the Sol.