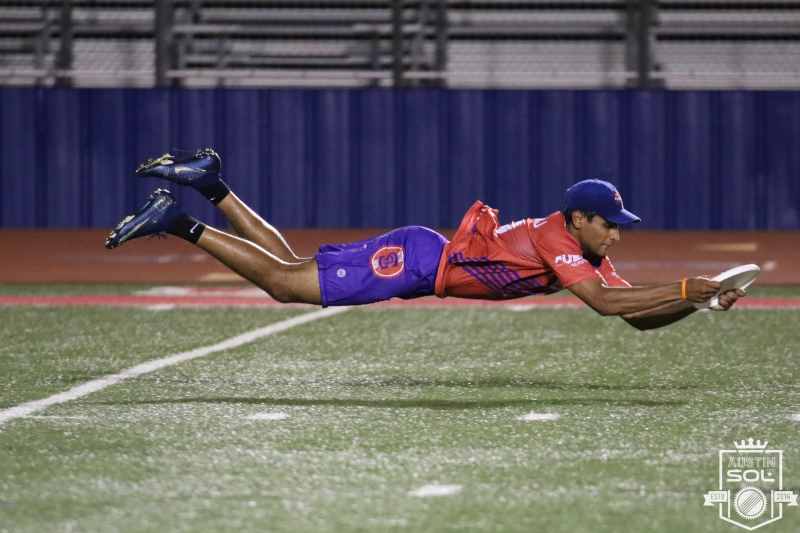 Fortune favors the bold; revenge is a dish best served cold; get out of my swamp. What do all these adages have in common? They sum up the gripping tale of a young Austin Sol taking down the “champ” at their home opener.

Austin played with a chip on their shoulder. The band of rookies had a chance to show the league what they were made of. And, they had a chance to do it in front of family, friends, and even those who once doubted they’d ever learn to throw a flick. Fans lined the stands and chanted “Sol-le!” with each point. Former players longed for a chance to get on the field. Former coaches couldn’t help themselves from giving in-game advice, and announcers had to continually come up with new adjectives to define the countless highlight-reel plays produced by the young Austin team.

The two teams went blow for blow throughout the night, but Austin stood its ground, holding a slight lead for most of the game. When the fourth quarter rolled around, the heat was suffocating, and the players were on their final legs. But Austin dug deeper, and with two giant layouts on either side of the disc from Sol rookies Jeremy Keusch and Vinay Valsaraj, the Sol went into the final seconds of the game with a one goal lead. The stadium held their breath as captain Reese Bowman caught the disc on the opposite endzone. 7, 6, 5… a punt to the end of the field, time expires; Austin wins the game! The Sol fans jump for joy. The Dallas fans hang their heads. The sideline storms the field. 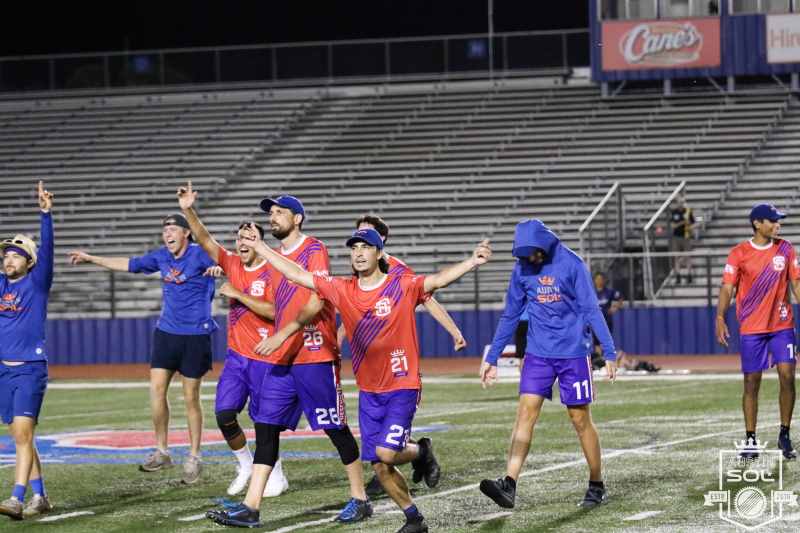 This win was more than a datapoint, it was a statement. It showed that there was no amount of on-paper talent that could replace hard work. It showed that pre-season rankings are nothing more than wild speculation from people with lots of free time. And most importantly, it showed that this supposed “underdog” has a mighty bite.

Herb Brooks, coach of the US Hockey team responsible for the “Miracle on Ice” notably said, “legs feed the wolf.” What did he mean? Maybe that talent is no substitute for hard work, and that everyone loves a feel-good ending to an underdog story. The rest of the league should take a cue from the loyal Sol fans. When the rubber hits the road, and it’s time to go to battle, nobody roots for Goliath.