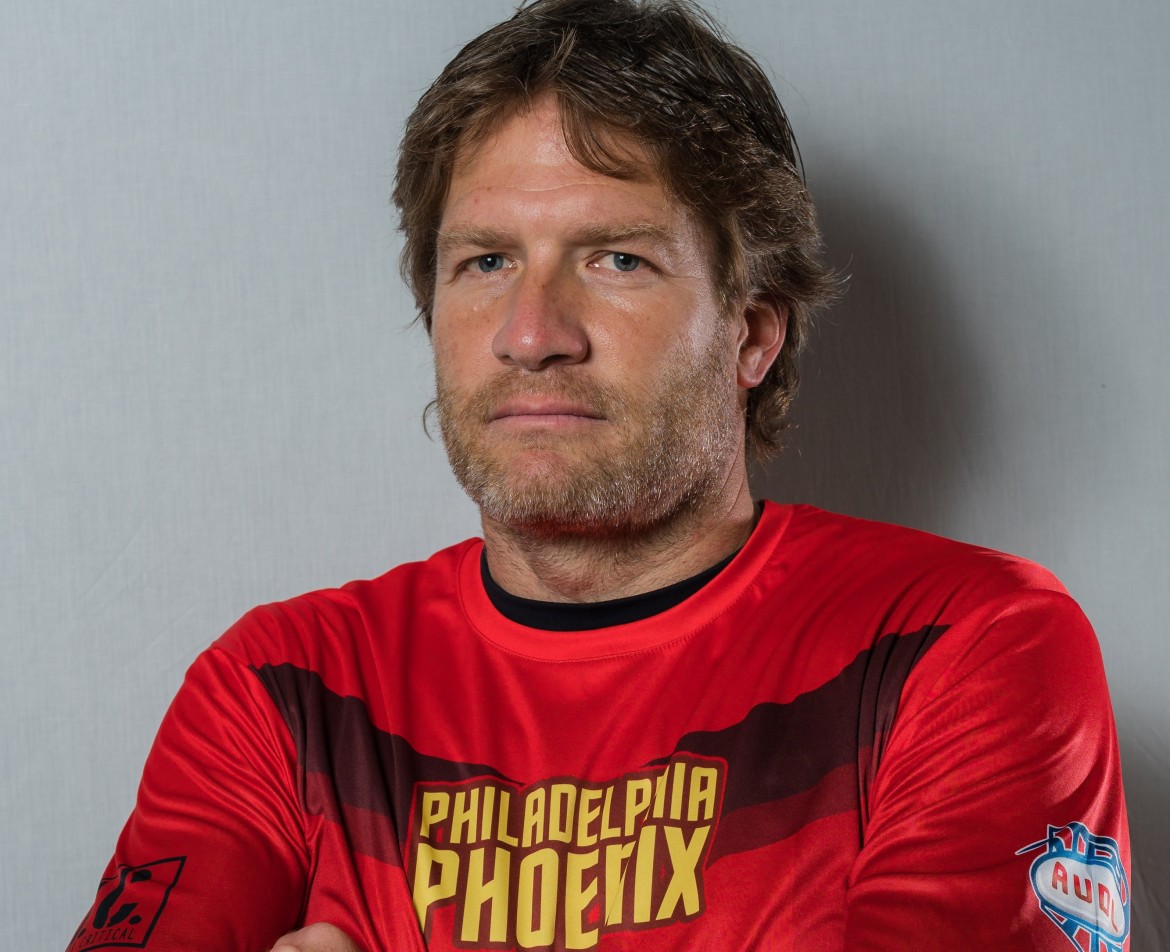 The Philadelphia Phoenix are excited to announce Trey Katzenbach as our 2018 Head Coach! Katzenbach will take charge of a Phoenix team that in 2017 saw stark improvement from their results in previous years and is looking to build on their burgeoning success. “I’m incredibly excited to take on a coaching role with this growing team. The 2017 Phoenix developed a new identity and gained a lot of fresh talent. I see us becoming a dangerous opponent for any of our 2018 East division competitors.”

Katzenbach possesses an impressive playing resume; he has won multiple gold medals at Worlds in the masters division, consistently competes at USAU nationals in the Open division and, possibly most noteworthy among Philly ultimate players, has captained a record six team PADA summer league championship teams. He was also a key component to the 2017 Philadelphia Phoenix offense, touting a highly efficient passer rating and some amazing highlight plays.

Entering the 2018 season at the age of 47, Katzenbach shows no sign of slowing down and is vying for a roster spot in addition to his coaching role! “Trey was one of our top picks for the head coach position. When we initially reached out to him, he was hesitant because of his desire to still be rostered as a player” says Jorge Harris, Phoenix majority owner. “After some consideration, both Trey and our organization think he will be a fantastic fit to lead the team both from a coaching role and with his play on the field. He was an incredible asset last year and this feels like a natural fit for our team.” Accompanied by a staff of assistant coaches, Katzenbach will enter the 2018 season as one of the few player-coaches in AUDL history, looking to lead his team both on and off the field to even greater successes this season.

The final open tryout for the 2018 Phoenix is on Saturday, February 17 at Maplezone in Garnett Valley, PA. There, player-coach Katzenbach will begin narrowing down the Phoenix roster and preparing for the April start of the AUDL season.