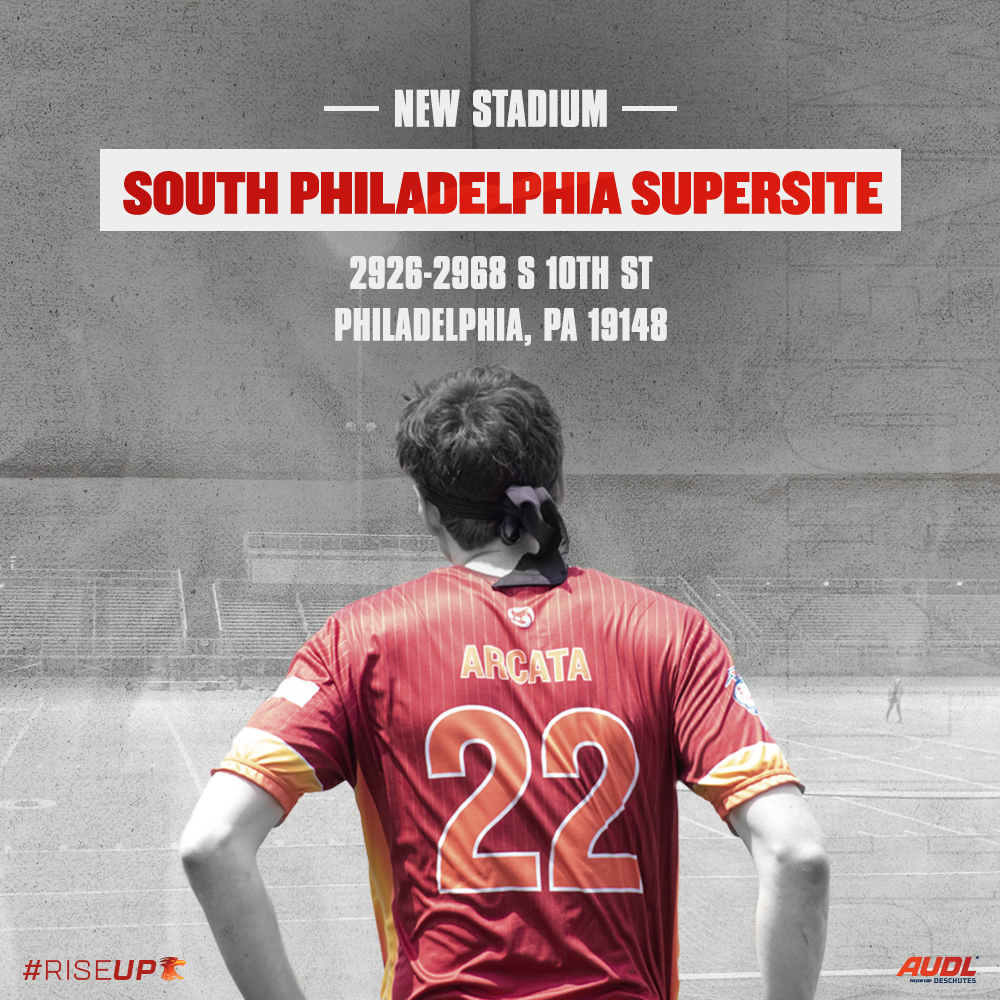 Director of Operations, Mike Arcata said, “We had a great tenure in Conshohocken, but we are looking forward to the opportunities that come with moving to an urban stadium. The Super Site is more convenient for fans in and around Philadelphia, and makes our games accessible to many neighborhoods that weren’t reachable before.”

Constructed at the intersections of 10th and Bigler Streets in 2008, the South Philadelphia Super Site sits just minutes from I-76 and I-95 routes, as well as SEPTA’s Broad Street Line. The site also places the Phoenix a few hundred yards from the iconic stadiums of Philadelphia’s long-standing professional sports teams in the South Philadelphia Sports Complex; including Lincoln Financial Field, where the team performed an exhibition against the AUDL’s Dallas Roughnecks during the halftime of an Eagles regular season game in 2019. “The exhibition during the Eagles game in November was very successful,” said Arcata. “The crowd was cheering us on with each play and point. We hope the move next door will bring that excitement and draw more fervent sports fans Philly is known for.”