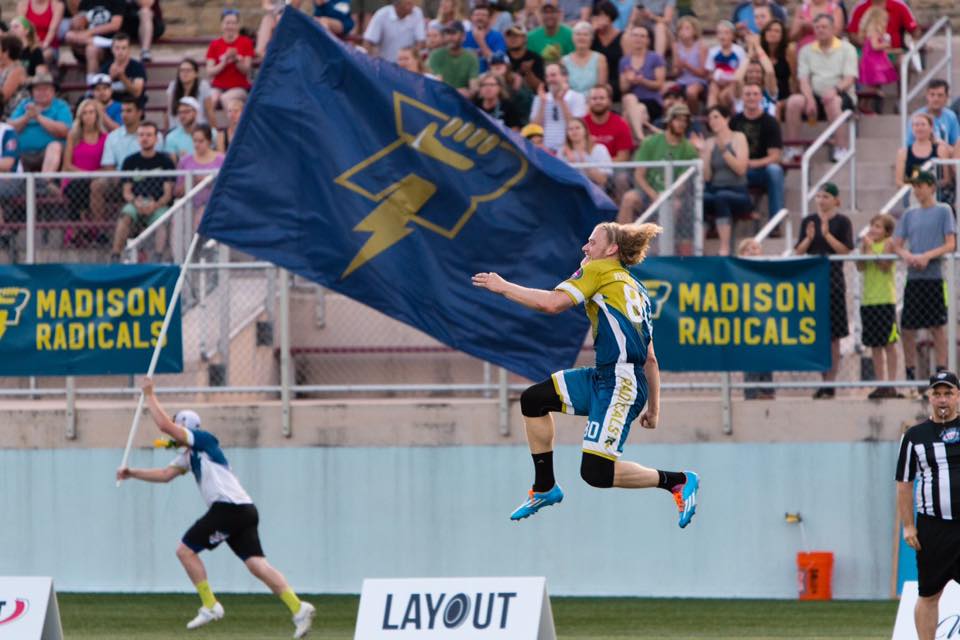 The after a grueling 2018 regular season and playoff gauntlet, the four best teams in professional ultimate - the Dallas Roughnecks, Madison Radicals, Los Angeles Aviators, and New York Empire - will come together at the historic Breese Stevens Field in downtown Madison,WI to compete in the seventh AUDL Championship Weekend on August 11 and 12 in 2018. Tickets for the event are on sale now for $20 for all three games at the Madison Radicals website. All three games - both semifinals and the finals - will be live broadcast on the Stadium network. 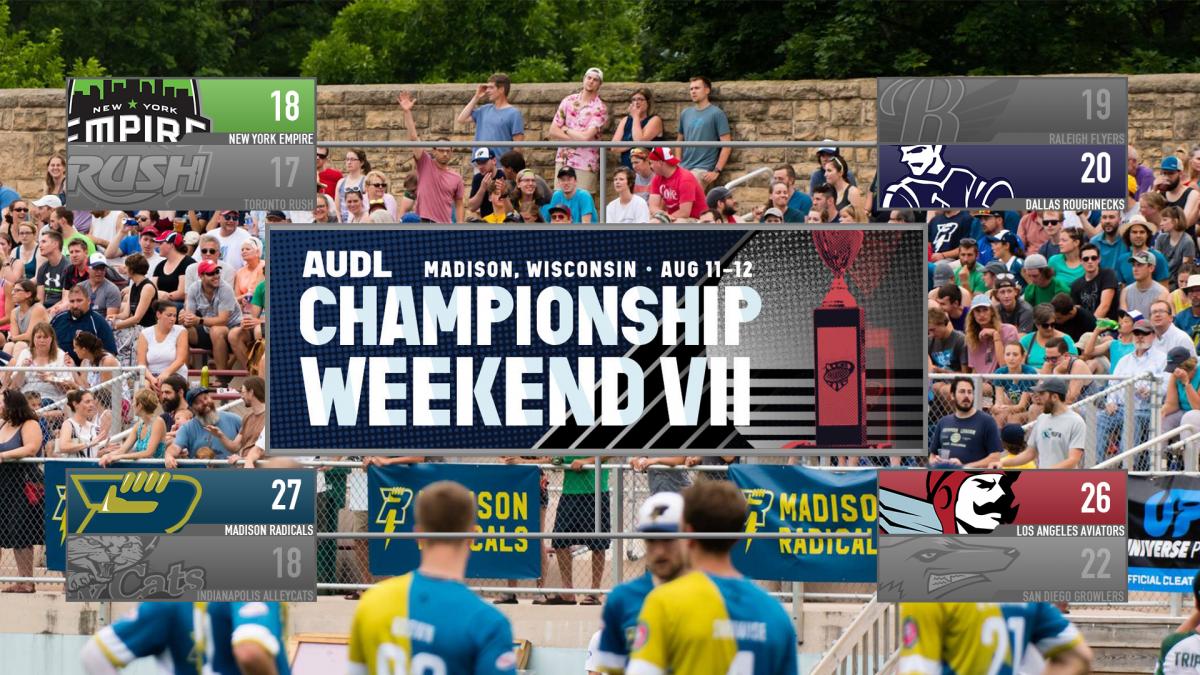 The American Ultimate Disc League (AUDL), is the first and largest professional ultimate league in the world, with 23 teams throughout Canada and the United States. The championship will be the culmination of 161 regular season games and two rounds of playoffs, with the best teams from each of the league’s four divisions coming to Breese to compete in a Final Four-style playoff. Two semifinal games will be played on Saturday, August 11, with the championship game taking place the following day on Sunday, August 12.

“The AUDL is excited to bring our Championship Weekend back to Madison,” said AUDL Commissioner Steve Gordon. “The 2016 Championship Weekend was an incredible experience for everyone involved, and featured one of the best sports games I’ve ever witnessed as a lifelong fan of sports. We’re hoping to recapture the energy and excitement in 2018, while bringing even more opportunities to our showcase weekend.”

The 2016 event was a seminal moment for the sport. Nearly 7,000 fans packed into Breese Stevens Field for the three games, with an AUDL-record 3,200 people attending the unforgettable Saturday night semifinal between Madison and Seattle.

“Our goal last year was to create a Championship Weekend in Montreal that not only showcased the best in ultimate, but also cultivate a festival-like atmosphere that got fans of all ages excited about the sport,” said Madison Radicals Owner Tim DeByl. “Madison is just such an amazing city for ultimate, and we are so excited to be be able to bring this event back to the capital city of ultimate!”

The AUDL was established in 2012 with the goal of showcasing the sport of the future. The sport of ultimate has exploded in growth in recent years—more than 5 million people participated in the sport in the U.S. in 2014, making it one of the fastest growing sports worldwide.

Madison and the surrounding area has long been a home for high level ultimate across all divisions. The local recreational organization, known as Madison Ultimate Frisbee Association (MUFA), was born from the community’s overwhelmingly positive response to playing host for the 1993 world championships. Today, MUFA runs dozens of outreach programs and has more than 4,400 summer league participants, making it one of the largest ultimate leagues in the world. The host team — the Madison Radicals — are a perfect emblem of the talent and enthusiasm of the city, having qualified for Championship Weekend in five consecutive years, including trips to the league championship game in 2013 and 2015.