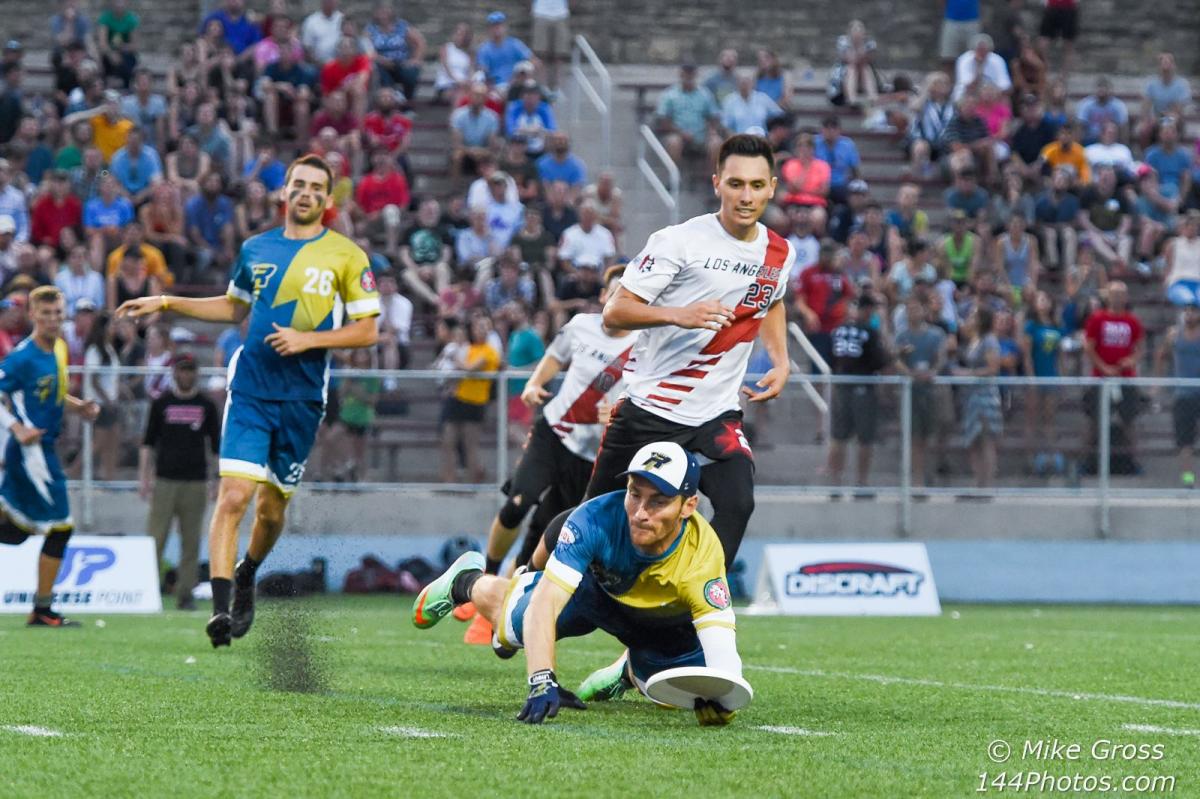 With the 2020 AUDL season on hold, new television partner Fox Sports has chosen to re-air many of the league’s classic games from years past. Next up is the 2018 semifinal battle between the Los Angeles Aviators and the Madison Radicals. Here’s what I most remember about the build-up and aftermath from that particular title showdown.

The Seattle Cascades’ comeback from two years prior still loomed over the atmosphere ominously in 2018. It remained an ever-present dark cloud as the Radicals stormed out to an early lead, replicating their impressive semifinal start against another West Division opponent. The similarities were striking, and as things began to teeter a bit in the second half, it was still unclear if Madison would, or could, get past that painful memory from 2016. 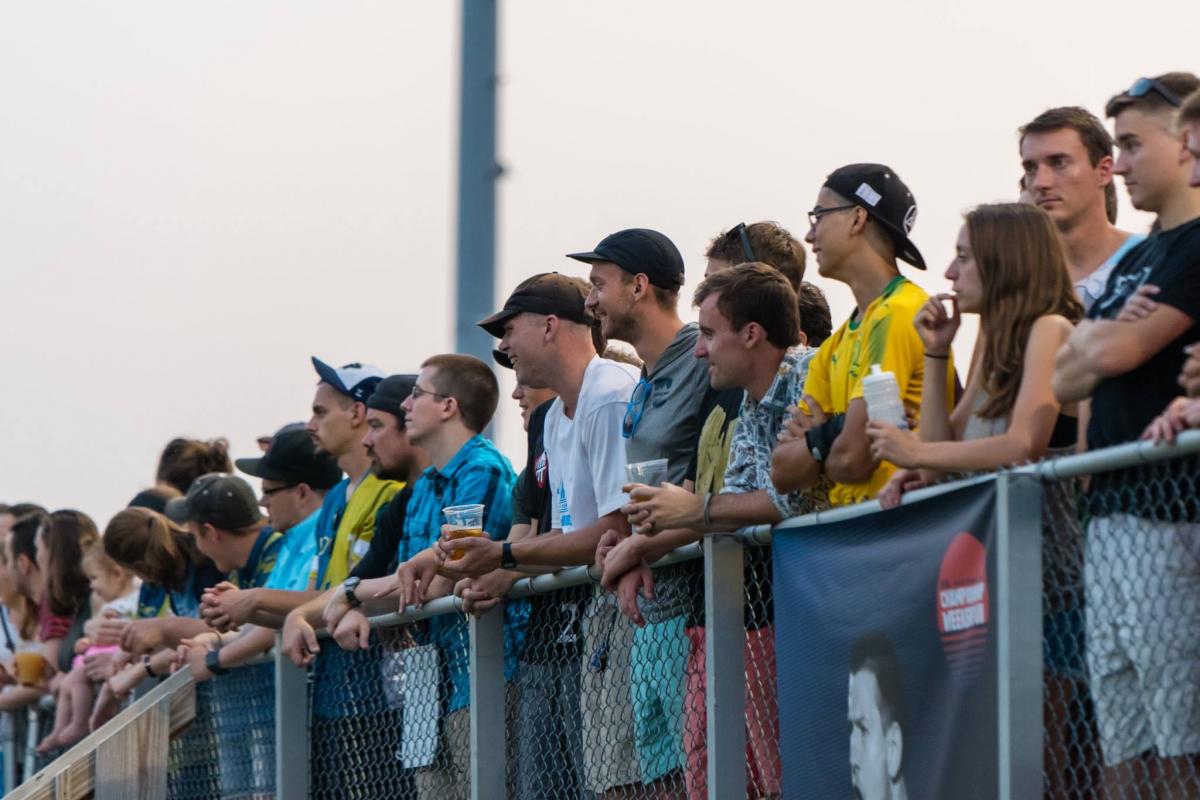 From my perch inside the Breese Stevens Field broadcast booth and fully expecting a close, competitive game, I remember feeling wowed when the Radicals absolutely obliterated the Los Angeles Aviators in the opening quarter. The game began with four straight breaks, with the Madison D-line dictating everything by their passion, purpose, and playmaking. The Aviators, winners of 11 straight games that mattered, appeared shellshocked by their surroundings, with several stars struggling to find any semblance of the excellence that Los Angeles had exuded through much of the previous four months.

As the Aviators began to trim Madison’s lead, the narrative parallels were abundant and obvious, and it’s hard to imagine the players on the Radicals didn’t also have these negative thoughts creeping into their minds. Back in the Seattle game, a 20-13 lead vanished courtesy of a 13-5 run, stunning the hometown crowd and devastating the Radicals’ dreams of winning a championship at Breese Stevens Field. With another chance and another big lead, Madison’s seven-goal advantage against LA shrunk to four fairly quickly, allowing the seeds of doubt to seep back in again.

And I think, much like Seattle in 2016, people forget how strong this Los Angeles team actually was in 2018. Compared to Madison, the Aviators’ easily has more National Team talent, with Tom Doi, Eli Friedman, and Chris Mazur all representing the US in the most recent World Championships. Contrastingly, no one on the Radicals’ roster had ever made a non-U-23 US National Team, which is not to say that Madison didn’t have a great team; clearly, the Radicals talent was more than capable, but it’s also fair to say that chemistry and cohesion were critical factors for Madison, two obvious areas where Los Angeles was outmatched. 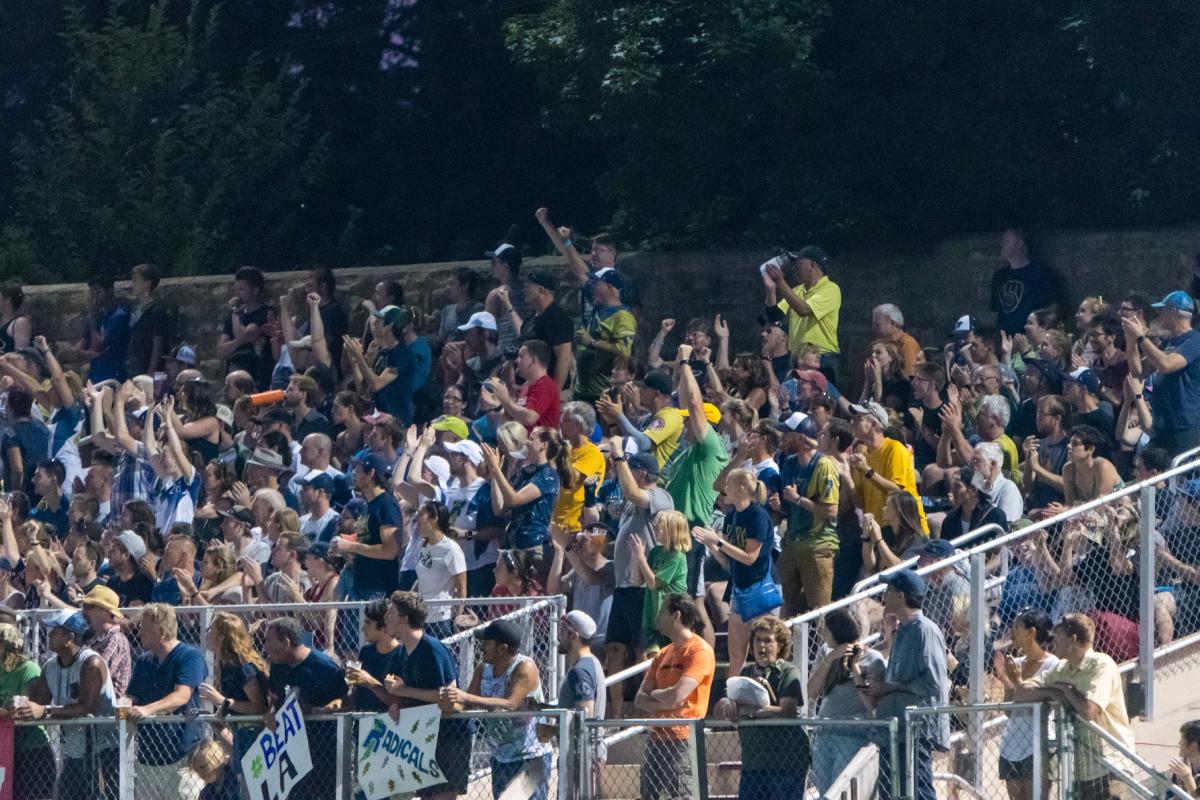 Aside from the opening string of four consecutive breaks, the defining moment in this contest came late in the third quarter, where the Aviators had the disc multiple times during a marathon point where they could certainly visualize cutting the deficit to three heading into the fourth. Some Madison shakiness opened the door, but Los Angeles could not bolt through it. Instead, the Radicals finally converted with a Kevin Brown scoober that Scott Richgels snared as time expired, capping the four and half minute odyssey with a score that upped their lead to five.

Frankly, at that point, it felt like the Aviators had missed their chance, a suspicion that was confirmed early in the fourth, as Madison dashed on another 3-0 run to open the final quarter, building an eight-goal lead and reaching the separation point that Radicals’ Coach Tim DeByl joked pregame would finally make them feel comfortable. Indeed, prior to the game, DeByl had subtly referenced the blown seven-goal lead from 2016, suggesting that an eight-goal advantage would be insurmountable. And after Kevin Pettit-Scantling’s memorable double-block on Mazur to earn the disc at 20-13—recognize that score?—Madison marched 80 yards to make it 21-13 with 9:24 remaining. Though the Aviators would actually crawl back within four again thanks to a 6-2 spurt in the fourth, their simply was not enough time on the clock to prevent Madison from closing it out.

It’s worth mentioning that Pettit-Scantling’s fingerprints were all over this Radicals’ victory, emotionally, energetically, and statistically. His layout catch block in the opening minutes of the game helped key the initial statement, while his remarkable fourth quarter effort to deny Mazur felt like a knockout blow. Those were two of his three Ds in the game, making him one of five Madison defenders to record multiple blocks that night. Sterling Knoche’s huge weekend began with four Ds in this semifinal, while Thomas Coolidge, Peter Graffy, and Chase Marty also picked up two Ds apiece against the Aviators.

Aside from KPS’s persevering leaping and crawling block early in the fourth, the other play from this game that sticks with me most is Coolidge’s skying swat on LA’s Sean McDougall, who earned First Team All-AUDL honors for his all-around dominance that season. In that sequence, it appeared McDougall had position, and Coolidge had actually tweaked his hamstring in practice three days earlier; combined, these factors suggested a Los Angeles score was inevitable, and this goal would have cut the Aviators’ deficit to just three midway through the third quarter. Certainly, the Radicals’ demons would have gotten louder had McDougall made the snag; however, Coolidge sprung upward like a trampoline had provided a boost, towering for the narrative-shifting deflection. 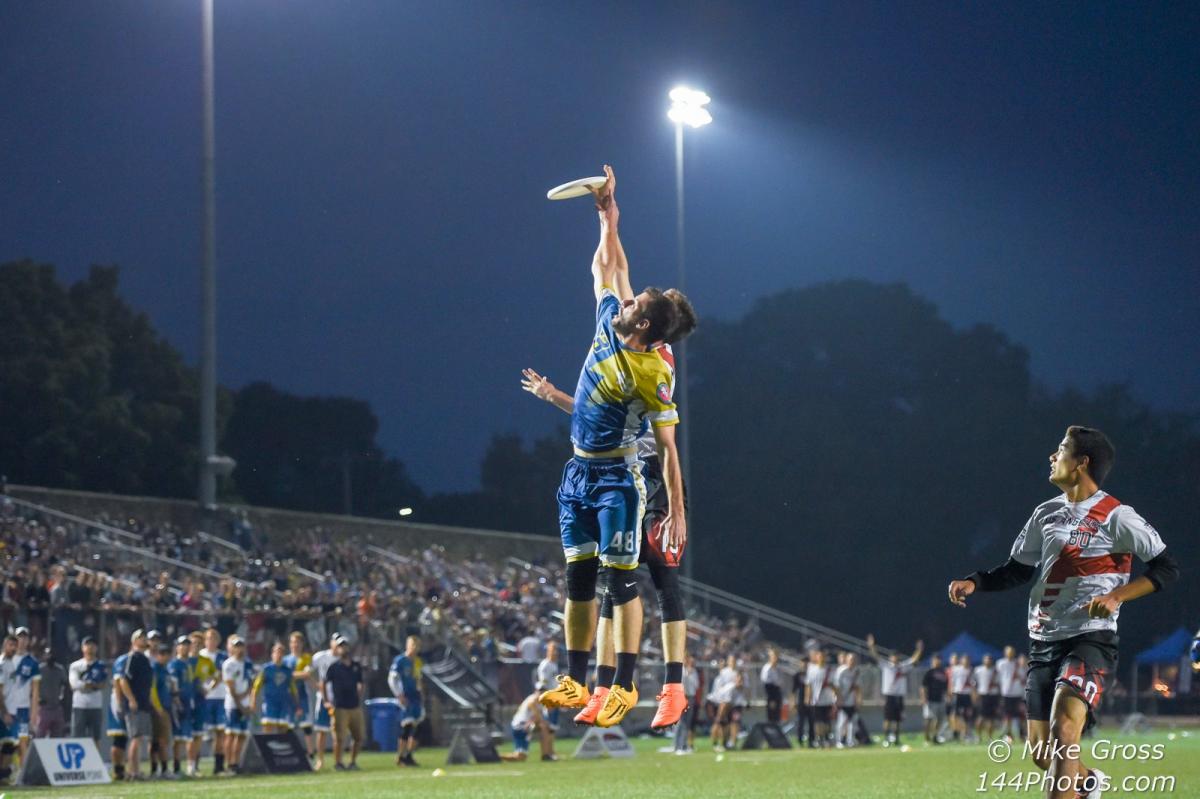 Here’s how Coolidge described that sequence in a conversation the next day: “When that disc went up to McDougall, my only thought was, ‘can I actually get there?’ And then once I got there, I was actually pretty confident because all week I knew I could jump; it was, can I actually sprint the distance to get there? And once I got there, I just decided, I’m gonna go up early, I’m gonna go up high.”

Coolidge’s teammates raved about his toughness throughout that entire weekend, knowing that he tallied multiple blocks in both games while dealing with hamstring and shoulder injuries. He also, coincidentally or not, happened to be the deep target on Andrew Meshnick’s potential game-tying throw two years earlier against Seattle, when Donnie Clark’s unforgettable layout block became the story of the night. In that case, Clark definitely deserved way more credit than Coolidge deserved blame, but it was a situation where he did not go up for the disc earliest. With the roles reversed against LA and McDougall in a great spot to make the play, Coolidge adjusted, elevated, and left everything on the field to bolster his team’s cause. It was easily one of the most important plays of the night.

Meanwhile, it’s hard to believe this retro preview has gone this far without mentioning the Madison fans, who again provided the Radicals with a substantial, game-changing home-field advantage. Aside from the meaningful energy they provided throughout the entire game, their fake countdown with about 15 seconds left in the second quarter was like an actual eighth, ninth, and tenth defender, as Los Angeles prematurely launched a desperation huck with about 10 seconds still on the clock, preventing the Aviators from finding a better scoring shot to close out the half. The confused and frazzled body language from the visiting team was apparent, and the Radicals’ fans can claim significant credit for pushing their team toward the final.

As we have learned over the past half-decade, there is quite simply no better crowd in ultimate than a Saturday night under the lights at Breese Stevens Field, with the Madison Radicals competing for a trip to the finals.