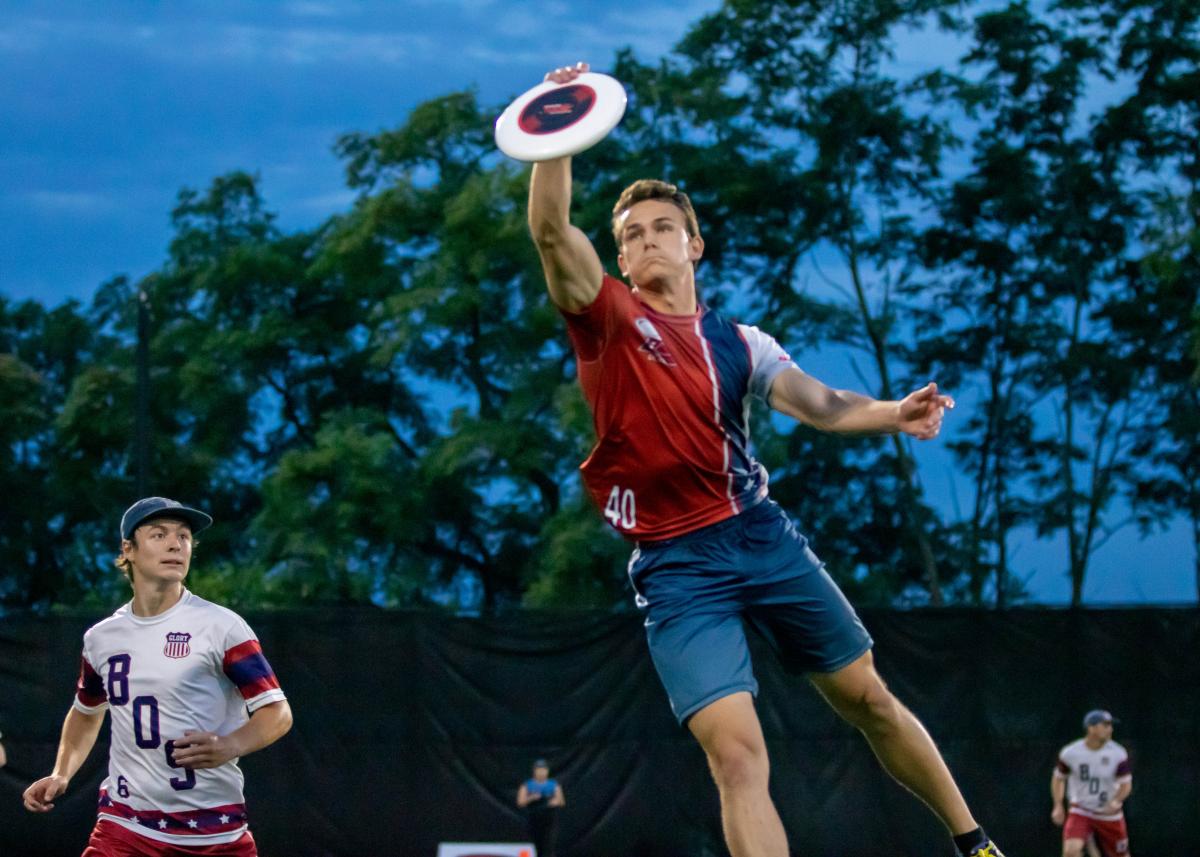 There's over three months—94 days, to be exact—until opening pull on April 28. And yet with tryouts being held every weekend, and the kind of star-level movement the league has seen in the opening weeks of the new year, competition feels much closer than reality.

The Breeze are looking to redefine their rivalry with New York, and have already signed three game-changing talents in the past two weeks; Philly is determined to join the two super teams atop the East with their own rostering decisions. Chicago may have lost a legend, but their playoff-ready core gets another big receiver to continue their winning in the Central Division.

Joe Merrill Back In DC

After captaining the expansion Salt Lake Shred to a West Division Championship Game appearance last season, Joe Merrill has re-signed with the DC Breeze for 2023. Merrill scored 39 goals with the Breeze in 2021, and finished nine of his 11 starts without a turnover during his rookie year.

A hard-charging receiver with breakaway speed in the open field, Merrill built off of his impressive debut season and became a full fledged star with the Shred in 2022. As a former BYU product, Merrill adapted immediately to his new leadership role, improving on his already impressive receiving skills while adding dimensions as a thrower and playmaker. On opening night 2022, on the road against the reigning divisional champs in San Diego, Merrill paced the Shred with eight goals and 358 receiving yards in Salt Lake’s momentous upset win; Merrill finished the season with team highs in goals (52) and receiving yards (3,657), and posted three times as many blocks (12) as throwaways (4). Over his first two seasons as a pro, Merrill has emerged as one of the most efficient downfield receivers in the AUDL, and now reinserts into one of the most efficient systems in the league in DC.

Coupled with last week’s signings of Andrew Roy and Cole Jurek, the Merrill move continues the Breeze’s offseason agenda of bringing in a raft of talent in what is becoming an East Division arms race with their rivals from New York. DC has been an elite squad for several seasons, having qualified for six consecutive playoff appearances, including back-to-back 10-win regular seasons. But the Breeze have been perennially thwarted in the divisional rounds of the postseason, with the Empire ending their season in two of the last four DC playoff runs.

Roy figures to reprise his role as an offensive handler, while Merrill and Jurek could see increased roles as defensive options, particularly in matchups against the Empire for their size. Jurek has been one of the best 1-v-1 playmakers in the air in the Central Division for the past two years, and Merrill has consistently shown a discipline and a doggedness that equates well to the D-line.

After four winless seasons with the Mechanix, Andrew Sjogren is signing with last season’s second place finishers the Chicago Union for 2023. Sjogren was Detroit’s representative for the 2022 AUDL All-Star Game, accumulating 95 goals and over 7,700 receiving yards over the past two seasons for the Mechanix.

Sjogren had excellent production as the undisputed WR1 for the Mechanix, and was able to consistently create separation with great route running. Now with new teammate Ross Barker—the two-time “Best Cutter” in the division according to the Players Choice Awards—drawing top defenders, Sjogren has an opportunity to become a true impact player on a good offense.

The departure of Pawel Janas will be irreplaceable for the Union, but Sjogren’s addition bodes well for a new-look Chicago team looking to protect back-to-back division titles.

Over the past several days, the Philadelphia Phoenix have announced several re-signings of their offensive core, including 2022 AUDL Most Improved James Pollard. The Phoenix finished third in the East Division last season, losing on the road 23-18 to the Breeze in the opening round of the playoffs.

What Philly’s offense lacked in efficiency last year they made up for in firepower as the Phoenix led the league in hucks per game (10). Jordan Rhyne and Pollard were the primary bombardiers with the disc, ranking second and third in the AUDL in total huck completions, respectively. Pollard’s downfield striker role meshed perfectly with Rhyne’s quarterbacking presence in the backfield, as the two tortured opposing defenses with their range and playmaking. And with Greg Martin being a top target for deep throws, the Phoenix O-line can put a lot of pressure on opponents over the top; Martin has back-to-back seasons with 50-plus goals and over 3000 receiving yards, and was the first AUDL player to eclipse 600 receiving yards in a single game last May. Brandon Pastor has also become an invaluable utility piece for the rhythm of this offense, and has a knack for cleaning play up in the midfield and helping unclog lanes with his hustle.

And yet for as many arrows are pointing up for this franchise and their player development, with the defending champs from New York and a resurgent DC team still in their division, Philadelphia will need to continue to evolve to stay competitive with the top of the East.