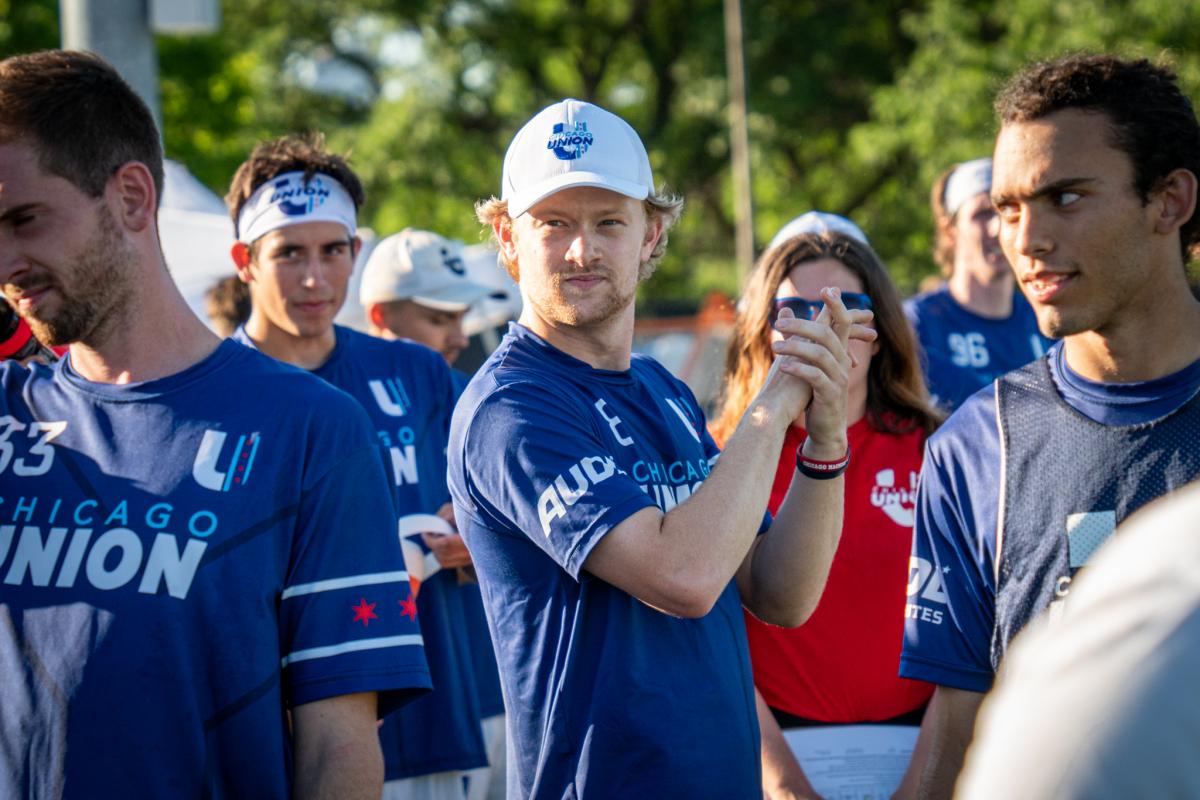 With 14 assists, three goals, and over 1,200 total yards, Lung helped carry the Spiders to a two-win weekend in the Pacific Northwest. On Sunday against Portland, Lung recorded a career-best nine assists and produced over 300 throwing yards and over 300 receiving yards, making him the only player in the league this past weekend to go 300/300 in a win. After losing their first five games, suddenly the Spiders have won three straight, and Lung has risen into the top five in the AUDL assist department, with 37 dimes in his seven regular season games.

Despite playing zero O-points on Saturday night, Moore’s disc skills were on display in the Sol’s home win over Dallas. The 23-year-old playing in his fifth AUDL season matched his career-high with six assists in Austin’s 26-20 victory. Moore scored his only goal of the game and dished one assist in the Sol’s two-break first quarter, and then he threw three more assists during the second period, when Austin broke Dallas six times. For the season, Moore has nine assists in two games against the Legion and just one assist in his three games against other teams.

The Spiders sweep through Seattle and Portland earns Oakland multiple spots on the Week 9 Honor Roll, and Norden’s an easy choice. In two games, the veteran Spider completed 105-of-106 throws, with 10 assists, five goals, and two blocks. His passing prowess in Seattle was especially noteworthy, as he accumulated 723 throwing yards while no other player in the game had more than 254. Norden has registered at least five assists in four of the five games he’s played this season and 25 times in his 65-game career.

One of the breakout stars of the 2022 season, the 27-year-old Poloz enjoyed his best game of the season in Saturday’s 25-23 victory over the Glory. He beat Boston with his throws and his legs, completing all 40 of his passes, producing 348 receiving yards, and distributing a career-high nine assists. After struggling with turnovers a bit in the past four games—Poloz’s plus/minus was minus one in June before Saturday—he dazzled at plus-10 against the Glory, helping the Rush to their third win of the season.

Perhaps the Union’s most underrated addition for the 2022 season, Rutledge made some key throws to help rally Chicago to victory at Indianapolis. Two of his five assists came on a game-changing 4-0 fourth quarter run, which transformed a 22-20 deficit with 6:40 remaining into a 24-22 lead with just 1:09 to play. He finished the Union’s one-goal win with a game-best 720 yards, 446 throwing and 274 receiving, completing 44-of-45 passes, and Chicago improved to 6-0 to remain in the trio of still-undefeated franchises across the league heading into July.

Spicer’s stats were typically solid—two goals, two assists, one block, no turns—but as usual his presence leading the Summit D-line left a significantly larger impression that just the game day numbers could capture. His sustained pressure certainly frustrated San Diego’s handlers, and his strong second half helped Colorado cruise to a 27-21 victory, improving the Summit to 8-0. As mentioned during the broadcast, Spicer’s plus/minus puts him in the company of the top producers in the league, but he’s the rare breed churning out those scores and stops almost exclusively on the D-line. Currently, he’s tied for 27th in the league in plus/minus, but he’s the only player in the top 55 who’s playing more than two-thirds of his points on the D-line. In fact, Spicer’s played only five O-points all season, with more than 97 percent of his points coming on defense.

Much like Poloz, Boston simply had little answer for Lewis, as the 24-year-old scored eight goals, threw two assists, and got one block in the Rush’s two-goal win. Like Poloz, Lewis finished plus-10 against the Glory, and it was his second double-digit plus/minus of the season; he went plus-11 vs. Ottawa on May 14. He also produced a game-best 423 receiving yards, a new career-high. At 3-7, the Rush will fall short of the 2022 postseason, but there’s no doubt Toronto has enjoyed some notable building block achievements this year, remaking their roster and earning wins so far against Boston, Montreal, and Ottawa.