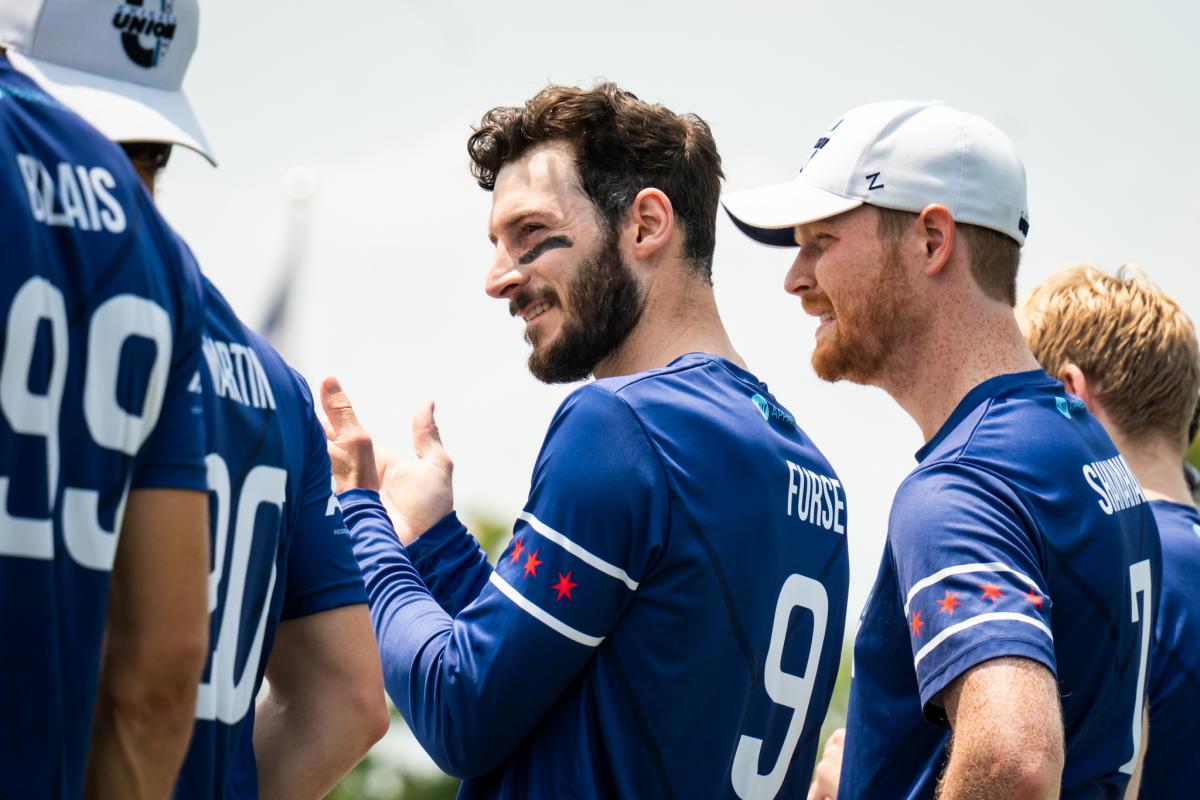 Watch "The Friday Feature" tonight at 7:30 PM/ET on watch.AUDL.tv

In what could be a season-defining road trip this weekend, the Austin Sol (3-2) face the undefeated Chicago Union (4-0) tonight for the first leg of their Central Division double header. With two losses on the year already and just two playoff spots available in the South Division, it’s make-or-break territory for the Sol.

Austin is coming off their best game in franchise history, where they turned the disc over just nine times en route to a 21-20 win over the defending champion Carolina Flyers. It was exactly the game they’d been building towards all season, with under 20 turnovers in every game but never finishing with fewer than 17 until two weeks ago, a mark they hit just twice in 2021. They joined an exclusive club with Atlanta, DC, and New York of teams that have defeated Carolina since the start of 2021—all wins coming by exactly one goal.

In their last game, Austin’s offense had their most efficient game in the last two seasons, converting on 17-of-24 possessions (71 percent), and they currently rank as the fifth-most efficient O-line in the league heading into Week 8. Center handler Jake Radack has cemented himself as a Rookie of the Year candidate through the first half of the season as the team’s primary offensive generator; he ranks ninth in the league in total yards per game. Radack has had the luxury of distributing the disc to a loaded receiving core featuring Mark Evans, Kyle Henke, Evan Swiatek, and Vinay Valsaraj—all four guys finished with six-plus scores and 350-plus total yards in the win over Carolina.

This Sol O-line has been beating defense a variety of ways this season, whether they’re working the disc up the field with quick, continuation disc movement, or having Radack unload to streaking receivers downfield. The deep ball has been working the past two games, with the Sol having completed 25-of-31 hucks (80.1 percent) in that span. Statistically speaking, Chicago has been one of the stingiest teams against hucks this season, though they’ve yet to face a team in favorable conditions that can connect deep like Austin.

Boosting the Union defense this week is Nate Goff, who returns to the Union lineup after being absent for their Week 7 win over Madison. The 6’4” Goff is already up to 10 blocks in three games this year and has a visible game-changing presence whenever he’s on the field. While his defensive playmaking will be key in limiting a talented offense, he also gives the D-line an additional offensive weapon on the counterattack. Goff is capable of quarterbacking drives in addition to winning battles in the end zone, and Chicago struggled mightily to convert breaks at home against Madison last week, finishing just 3-of-13 on the night with two of the three breaks coming after O-line substitutions.

While the D-line allowed Madison to hang around last week, the Union O-line was nearly flawless and eventually closed out the win on a 54-yard huck from Jeff Weis to Ross Barker. Pawel Janas remains the engine that drives the offense, currently sitting with more than double the amount of throwing yards as the next closest player on the team. He’s tied for third in the league in assists per game, averaging six per contest, and has the Union O-line ranking as the fourth-most efficient unit in the league. Barker continues to shine as one of the best receivers in the division, while 20-year-old Eli Artemakis has been developing into a dynamic downfield complement. Even though they’ll be missing Paul Arters for the third time this season, the Union offense really hasn’t missed a beat and continues to field an extremely balanced lineup of throwers and receivers.

Looking to slow down the Union offense will be a Sol D-line that returns 2021 All-Defense Team selection Mick Walter, who has played just one game this season due to injury. The 6’6” Walter should immediately help a Sol defense that has been susceptible to big plays; they’ve allowed nearly 11 completed hucks per game to this point, second most in the league. They have the edge over Chicago in their D-line offense, which has converted just over 48 percent of its opportunities this season, ranking just outside the league’s top 10 counterattacks. Last year’s team MVP Eric Brodbeck is back after missing the Carolina game, and he’ll be joined by 2022 new additions Jake Reinhardt and Matt Armour, who have been excellent at facilitating drives after turnovers. Elliott Moore and Joey Wylie bring additional playmaking ability to the D-line on both offense and defense; both guys have multiple games this season with over 150 total yards.

Just like Austin’s game against Carolina, every turnover is going to be magnified with two top-five offenses facing off tonight. Which means the pressure will fall on each team’s D-line and their ability to both slow down their opponent, keep them out of rhythm, and capitalize on break opportunities.