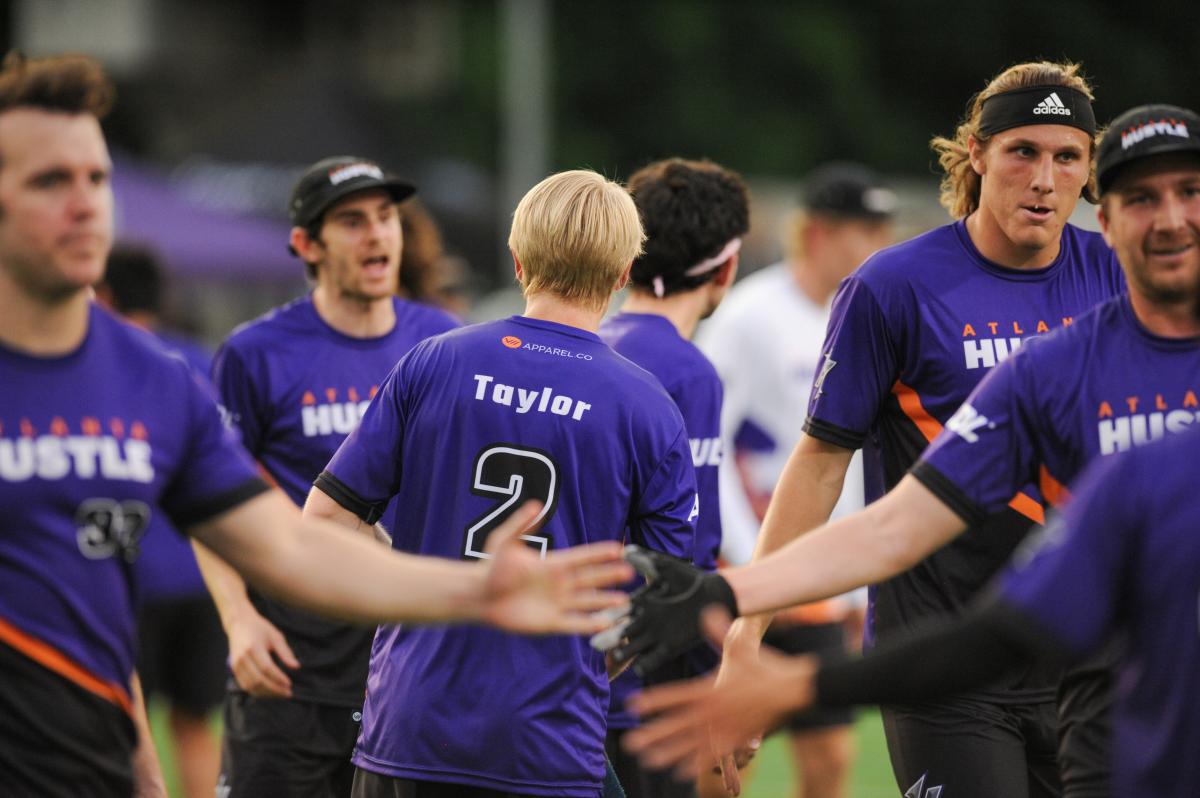 Many members of Carolina’s new-look O-line deserve recognition, particularly the pair of familiar backfield anchors, Matt Gouchoe-Hanas and Sol Yanuck, who combined for nearly 900 throwing yards and 88 completions in Friday’s comeback victory against Austin. Downfield, more recent O-line additions Trevor Lynch and Dylan Hawkins both made clutch plays too. But the "Honor Roll" nod goes to the ever-steady Jacob Fairfax, who’s game-high plus-seven included a pair of blocks on a night when Ds were not particularly common. With 484 total yards, three goals, two assists, two blocks, and no turns, Fairfax provided substantial stability in a time when the lineup shuffle left Carolina without its usual continuity. Despite the early deficit and the notable injuries/absences, the Flyers still found a way to win, improving to 4-0 with their 27-24 triumph over the Sol.

For the 16th time in his career, Jagt accumulated a double-digit plus/minus for his team, as the two-time reigning MVP finished plus-10 in New York’s rout of Toronto on Saturday night. The Empire star tallied eight goals and three assists, while also churning for 571 receiving yards, just eight shy of the AUDL single-game record entering the night. Of course, Jagt’s receiving performance was slightly overshadowed by the next guy on this list.

Detroit’s Andrew Sjogren had the single-game record last year with 542 receiving yards inside Indianapolis’ indoor stat wonderland. Leandro Marx topped that mark when he produced 579 receiving yards for the Portland Nitro on May 8 against Colorado. But Philadelphia’s Martin set a new standard on Saturday when he lit up the Ottawa Outlaws for 658 receiving yards in the Phoenix’s road win north of the border. The 29-year-old striker also contributed a career-best eight goals against Ottawa, and Philly needed every single one of them in their 23-22 triumph. For the Phoenix’s Canadian weekend, Martin finished with 871 receiving yards, 10 goals, one assist, five hockey assists, one block, one throwaway, and most importantly, two wins, as Philadelphia rejuvenated its season by sweeping the Royal and Outlaws on the road.

There’s certainly a receiver slant to the Honor Roll this week, but it’s impossible to ignore Marx’s effort in leading Portland to victory in the franchise’s first ever road game. Marx led the Nitro in goals (7), assists (5), and total yards (485) as Portland surpassed the Oakland Spiders 26-22. Through the first four weeks of the season, Marx leads the AUDL in scores with 33. He’s in the top five league-wide in both goals per game and assists per game.

With honorable mention to the indispensable contributions from Sam Cook, Michael Kiyoi, and Nate Ransom, Osborne’s career day lands him among this week’s scintillating seven. The 25-year-old has been unleashed as an offensive playmaker over the past couple seasons, and his six-assist, 499-yard performance dwarfs any other game in his career. He only threw four goals in his 19 career games for the San Diego Growlers, but now has 20 assists in 11 contests since joining Los Angeles. His plus-five in Sunday afternoon’s one-goal Aviators’ victory was also a personal best.

Indisputably the most prolific thrower in the AUDL this past weekend, Taylor also produced a season-best 219 receiving yards for the Hustle, as the team often began points with Taylor as the initiating cutter as opposed to being the handler catching the centering pass. He still threw for 494, also his season-high, with 11 of his 32 tosses finding a teammate in the end zone. His 11-assist night was the first double-digit assist game in the AUDL this season, though it was still two shy of Taylor’s career-high; the Draco Malfoy-lookalike had 13 assists last year in the Hustle’s double overtime win at Pittsburgh.

He’s only played in seven AUDL games in his young career, but Wariner has registered at least one block every time he’s taken the field. On Friday night against Toronto, he produced two, including an early tone-setting layout D on Rush cutter Adam Turcotte. Three throws later, Wariner had his first assist of the season, and the Glory had their first break of the night. The Cal Poly SLO alum also delivered bookends on the opening D-point of the fourth quarter, with a block and a goal that basically halted any hope for a late Rush comeback. Currently, Wariner is one of nine players in the AUDL who’s played at least three games and is averaging multiple blocks per game.