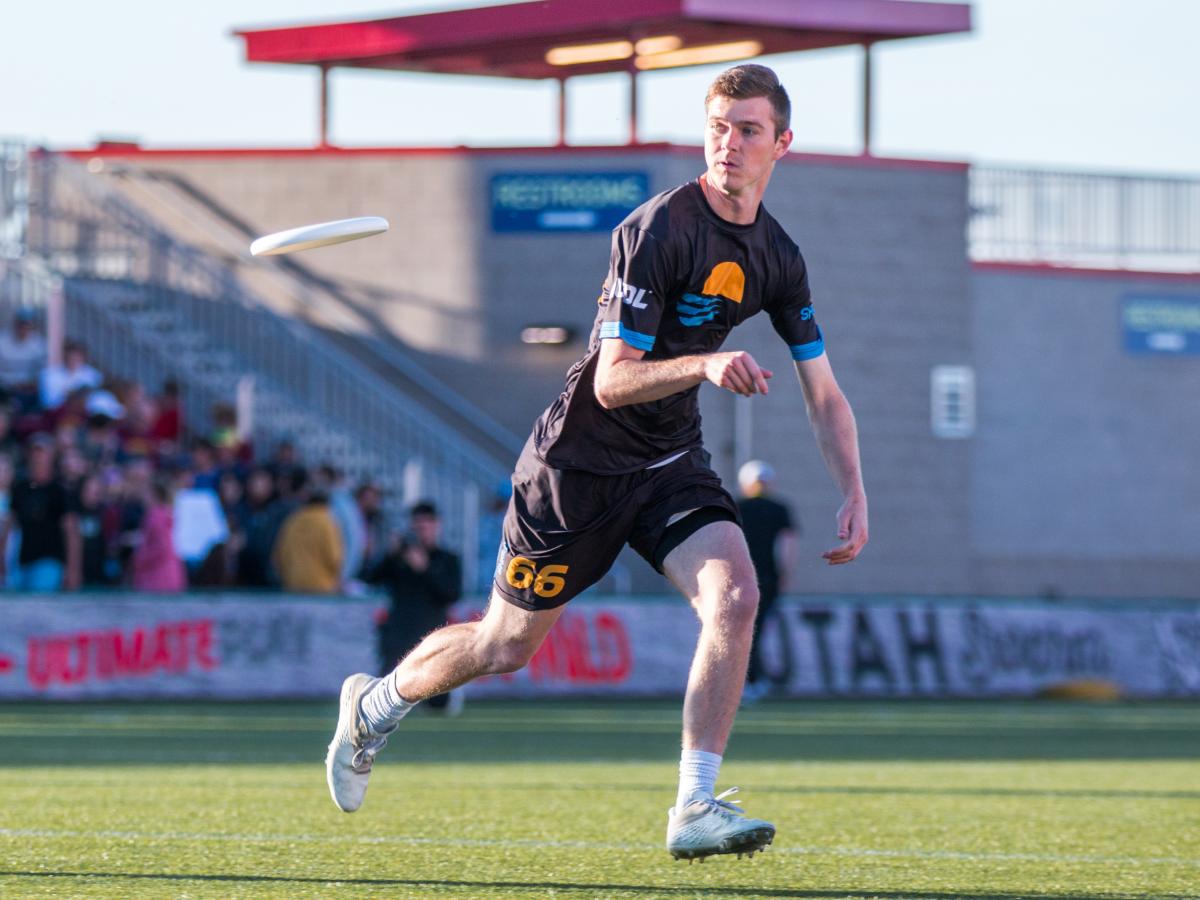 It’s not a huge surprise that Davis’s shift to the O-line has produced big numbers, but it was still somewhat staggering to see the game he produced on Saturday against Tampa Bay. With 685 total yards, Davis more than tripled the best yardage he’s aggregated in any other game in his AUDL career, and he complemented the 276 throwing and 409 receiving with six goals, four assists, and a 28-for-28 completion rate in the Flyers’ 24-18 victory. If you add in hockey assists, Davis has been involved in 26 scores through three games this season.

It often feels like Dunn delivers five goals or five assists in every single game, but Saturday was just the fourth time in his 79 career games that he registered at least five goals AND at least five assists. In fact, it’s the first time he’s done it in the “Yardage Era”—since the start of 2021. For good measure, Dunn also produced a team-high 485 yards as the Growlers earned their second straight victory, improving to 2-1 with a 22-17 triumph over Los Angeles.

Goodness, there was certainly no letdown from Kerr or the Shred in Salt Lake’s home opener. With six goals, six assists, one block, and no turnovers, Kerr continued to light up West Division defenses with his speed, throws, and increasingly impressive ultimate IQ. Through three games, he leads the AUDL in plus/minus at plus-32, 11 higher than the next best in the league. And more importantly, beyond the numbers, there are three teams in the league who are 3-0 through three weeks. Two of them are the Empire and the Flyers, who battled in last year’s championship game. The other, obviously, is the Shred, who are enjoying a breathtakingly brilliant beginning to their franchise’s inaugural season.

The 24-year-old Lewis has clearly emerged as one of the Rush’s next generation of star playmakers, and Saturday’s performance against Ottawa dwarfed all previous production in his AUDL career. With 828 total yards along with seven assists, four goals, and a block, Lewis helped lead Toronto to a potentially season-shifting 29-26 victory, as the Rush moved to 1-1 heading into their Week 4 road trip to Boston and New York. Honorable mention to 23-year-old handler Luc Comire, who went 64-for-64 with 941 total yards, including 793 throwing, in the Rush’s first win of the year.

Although he has the luxury of playing alongside three First Team All-AUDL superstars, there’s reason to believe that Lithio might also deserve all-league consideration at the end of the season too. On Saturday against Boston, Lithio scored a career-high eight goals, tallied two blocks, and played mistake-free ultimate all night in the Empire’s 23-19 road win. His ability to repeatedly get open for substantial chunks of yardage and then distribute the next pass on target has made New York even more dangerous, in part because it frees up Ben Jagt, Jack Williams, and Ryan Osgar to play more D-points while Lithio helps anchor the O.

Speaking of anchoring an offense, Malks made his season debut and piloted the Breeze attack to perfection on Saturday night against the Royal. Malks went 41-for-41 for 396 throwing yards, three assists, and two goals, as DC dominated Montreal to the tune of 27-17. The DC offense was broken only once—on the first point of the second half—while Malks, Zach Norrbom, and Alan Kolick combined to complete all 92 of their throws. It was the fourth time in Malks’ 17 career games that he finished with a 100 percent completion rate on at least 40 throws.

The Empire offense rediscovered its Week 1 form in the second half on Saturday against Boston, with Osgar’s relentless initiating cuts and pinpoint throws leading the way. He endured one early throwaway, but then dialed in to finish with seven assists, four goals, 501 total yards with no errors after the lone first quarter hiccup. Through three weeks, the Empire are the only team in the league with an O-line hold rate above 80 percent in every game they’ve played.