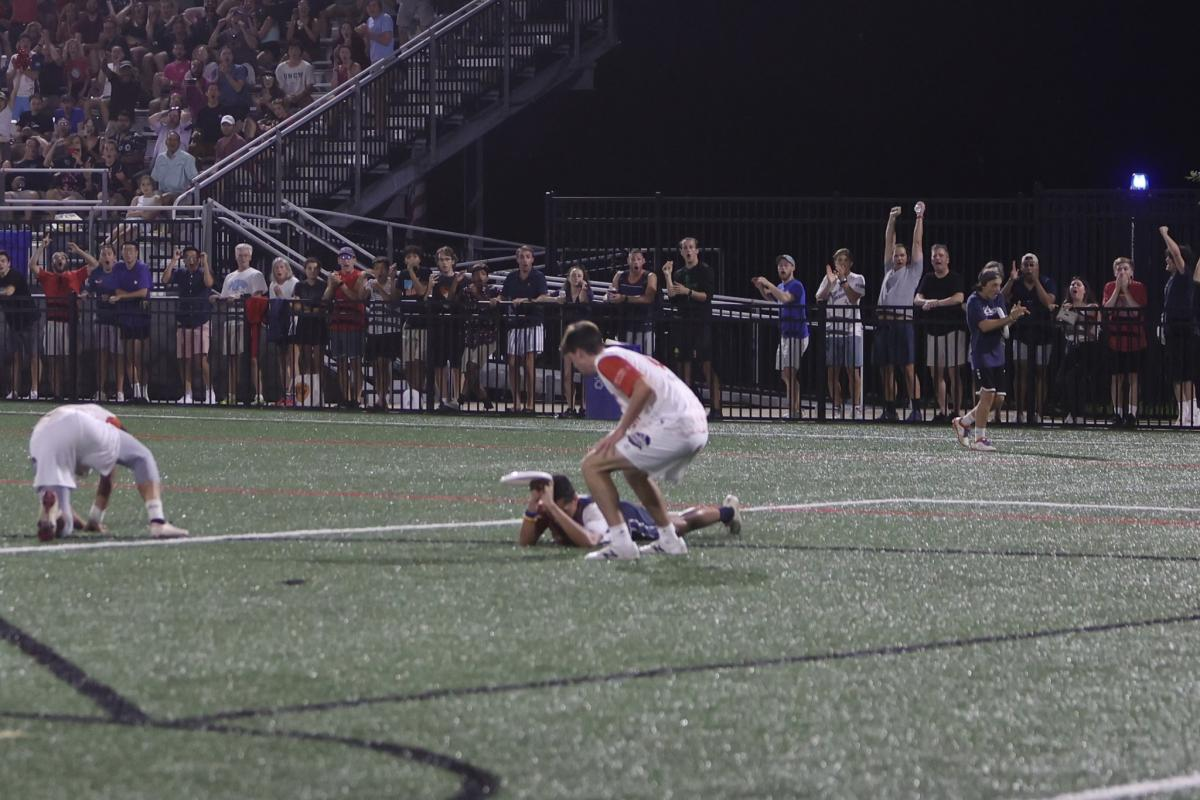 As we approach the new year, there’s no better time to revisit the best games from the 2022 AUDL season. Back-and-forth battles, nail-biter finishes, and some of the best individual performances of the year—every game on this list will keep you on the edge of your seat. All games can be rewatched in full on AUDL.tv.

I did my best not to spoil any outcomes in the descriptions so you can enjoy them properly.

The San Diego Growlers were fresh off a second consecutive Championship Weekend appearance and added even more pieces over the offseason; a host of former LA Aviators headlined by Sean McDougall could push them to new heights in 2022. Who were the Salt Lake Shred? In their first action as a franchise, they answered that question, and loudly. The speed and athleticism Salt Lake displayed throughout this opening weekend matchup made it clear they were going to be a problem in the West. Chad Yorgason looked like he was shot out of a cannon on the Shred D-line, while the offense looked cool, calm, and collected against the presumed West Division favorites. Jordan Kerr, Joe Merrill, and Jacob Miller played with seamless chemistry, while Kerr in particular unveiled his signature upline lefty flick en route to a nine-assist game to launch his MVP campaign. But San Diego was never going to roll over. Still a tightly contested battle, this game was an incredible tone-setter for the West Division in the opening night of AUDL action.

The highly anticipated first meeting between the top two teams in the West, both Salt Lake and Colorado were undefeated heading into the Summit’s home opener. Early-season Colorado was still rounding into form at the time, while Salt Lake had just put up a season-high 32 points in their home opener. If you’re looking for highlights, huge individual performances, and exciting one-on-one matchups, this is the game for you. Jay Froude vs. Joel Clutton took center stage, Jordan Kerr tossed eight-assists to further his case for MVP, and role players up and down both rosters shined in the biggest moments. Playing in an electric environment in front of over 1,600 fans, the top expansion teams of 2022 continued to announce themselves to the league in dramatic fashion.

In the past few seasons, it’s felt like nearly every Chicago and Minnesota matchup has been offensive showcases. This one was no different, with the two Central Division contenders going blow for blow throughout the night in the Week 12 Game of the Week. Big huck completions, the return of Paul Arters, and O-line B-Von in full form, Chicago vs. Minnesota III topped the charts as their most entertaining game of the season. The final regular season meeting between the two, this game had big implications on which team would host the Central Division Championship Game, leading to must-have clutch plays down the stretch—complete with a greatest and a game-clinching layout D—and plenty of momentum swings throughout.

Wow this was a fun one to watch live. You could feel the energy in Austin start to shift after their first break of the fourth quarter with under six minutes left in the game to cut Atlanta’s lead to two. Maybe, just maybe, the Sol could rally to make a final push and all but secure their spot in the South Division Championship Game. The Hustle, who had played an exhausting game in the Dallas heat the night prior, ran their zone to perfection for the first three quarters, limiting Austin to just 11 goals in that span. While it may not be the cleanest of finishes, this game has all the fourth quarter excitement you need with a playoff berth on the line for both teams.

It couldn’t possibly get any better than the week before, right? In Week 10, DC traveled to Philadelphia and needed a last second, 42-yard throw from Jonny Malks to Christian Boxley to escape with a one-goal win. Somehow DC and Philly one-upped themselves in Week 11 with yet another back-and-forth game, only this time with a more thrilling and implausible ending. The Phoenix offense played their best game of the season, consistently putting the pressure back on DC to punch back and take advantage of every Phoenix mistake. It was rare to see the Breeze forced into comeback mode last year, but they found themselves trailing by two on two separate occasions in the fourth quarter. Continuing to make their push for the playoffs, Philly showed they have the fight and talent to contend at the top of the division.

The Week 6 Game of the Week featured an on-the-rise Austin team hosting the defending champion Carolina Flyers two weeks after the Sol gave them a run for their money in Carolina. The Sol would have to play near-perfect ultimate to keep pace with the undefeated Flyers, and the success of Austin’s deep attack would be a focal point—they completed a season-low five hucks against Carolina in the first meeting. What resulted in round two was Austin’s most efficient game in franchise history, as the game stayed within two goals for the full 48 minutes in one of the tightest start-to-finish matchups of the year. Countless battles won in the air, a controversial hand block in the final seconds, and loads of highlights on both sides puts this game in the number two spot for best games of 2022.

After defeating the Breeze by three and four goals in their two regular season meetings, New York had the East Division Championship Game looking like more of the same, with the Empire holding a two-to-four-goal lead for most of the first three quarters. But after DC came down with a third quarter buzzer beater plus an O-line hold to bring the game within one at the start of the fourth, the stage was set for another thrilling finish between the two East Division powerhouses with a Championship Weekend berth on the line. Ben Jagt’s 30th birthday, the emergence of “Playoff Jack”, and the Breeze limiting the 2022 MVP to his lowest assist total of the season were the main headlines in another DC-New York classic.