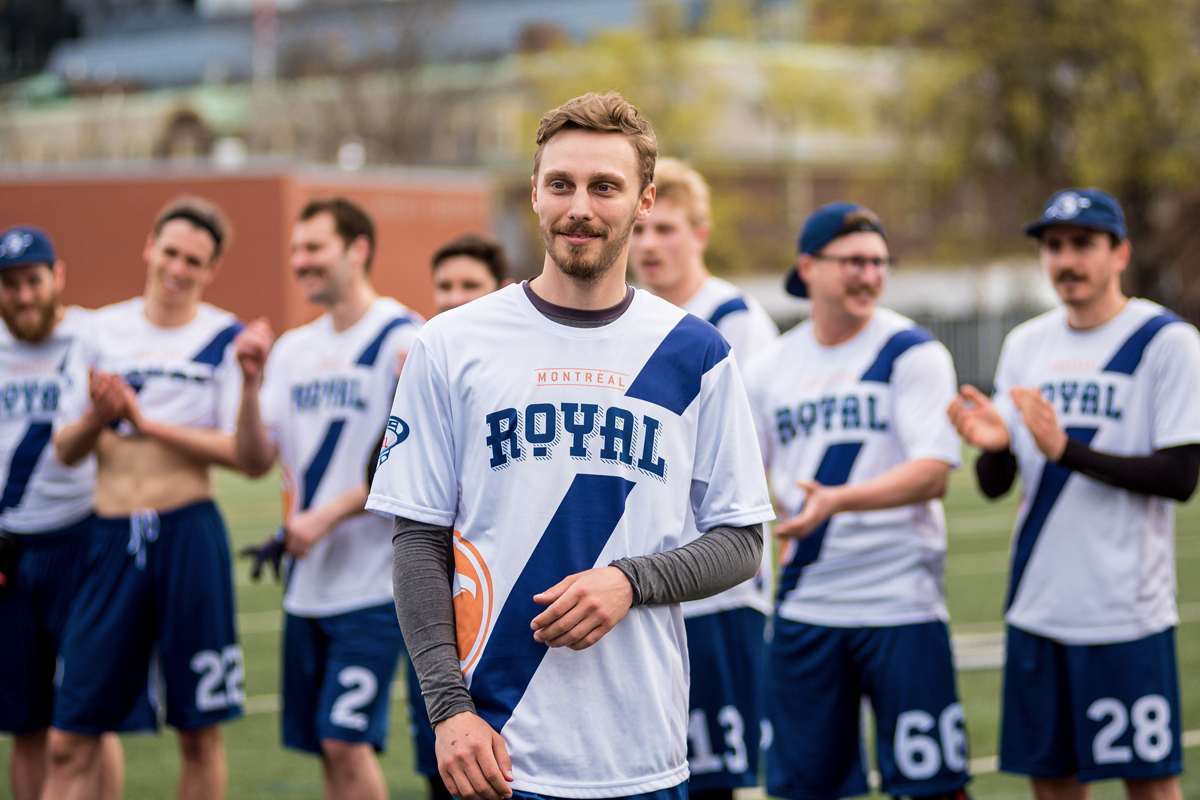 Two games removed from his highest-scoring performance of the last two seasons, Rowan McDonnell leads the DC Breeze into New York this week for a rematch with the undefeated Empire. McDonnell’s game has a vastly different look and feel this season compared to last. He looks noticeably more aggressive in every facet of the game, with sharper cuts, full usage of his deep bag of throws, and an eye for the end zone when the Breeze are within striking distance. Through four games he leads the team in assists, completions, throwing yards, and total yards, while completing more than double the amount of hucks (seven) as the next closest player. New York has stifled McDonnell in the last three meetings dating back to last season, limiting him to just four total scores in that span. If Rowan can find a way to break free against the undefeated super team, he’ll give DC as good a chance as any of coming away with the win.

Look out, rest of league. The New York Empire are probably the only team that can afford to move reigning two-time MVP, offensive superstar Ben Jagt to the D-line without the O-line missing a beat. Jagt has arguably been the most dominant offensive player in the league since 2018; in his last three full seasons played, he threw at least 55 assists while scoring at least 55 goals in each of them. But against Toronto this past weekend, Jagt played exclusively defense for the first time in his career, tallying 19 D-points without playing a single O-point. Teaming up with Antoine Davis and re-addition Jibran Mieser gives New York one of the deadliest cutting cores off the turnover, with all three capable of ripping apart O-line defenses with a combo of initiating and continuation cuts. Having a 6’6” giant ranging around to get blocks on defense should pay dividends for New York; he recorded a season-high three blocks—while still totaling five scores—against the Rush after recording just one in his first six games.

In Week 6 against Pittsburgh, Kevin Pettit-Scantling played more than 15 O-points in a game for the first time in his 114-game career. With the Radicals banged up, the offense has been looking for some consistency and it seems like they’ve found a solution in switching KPS over. In his O-line debut, he had a perfect 25-of-25 throwing day that included five assists, two goals, and nearly 400 total yards of offense, including throwing two of Madison’s final three assists that were integral in closing out the comeback win. KPS brings additional stability to the line with solid decision-making and has a great sense of spacing, picking his spots well to get involved in the flow of the offense. He was the key ‘connector piece’ between the backfield and downfield cutters, and his continued involvement in the offense will be worth watching again in a battle for first place against the Chicago Union this week.

One of the faces of the franchise, Chicago Union captain Ross Barker takes on his former team this week in their first meeting of the season. The fourth-year Union star scored more than double (49) the amount of goals as anyone else on the team last year, and again leads the team with 11 goals in three games thus far. Barker consistently beats his matchups in a variety of ways, whether he’s setting up deep cuts off of Pawel Janas handler motion or breaking free in the red zone during small-ball possessions. The Radicals failed to contain him in their final meeting of the 2021 season, with Barker finding the end zone five times while finishing with his second-highest receiving yards total of the year (291 yards). The absence of Paul Arters this week likely means more touches and perhaps more backfield involvement for Ross; he completed 23-of-24 throws with nearly 400 yards of offense in Week 2 against Minnesota, the last game Arters missed.

Continuing with this week’s theme of O-line/D-line switch-ups, Ben Lewis appears to be locked into an offensive role this season with the Dallas Legion. Prior to this past weekend, Lewis had played at least one D-point in every game of his 64-game career. Against Carolina, Lewis played a career-high 22 O-points without a single D-point, and the results were extremely promising for a Dallas offense that has been struggling to find their rhythm in 2022: 13-of-13 completions, seven goals, and over 350 yards of offense. Lewis has slowly been establishing himself as an offensive weapon the past couple seasons, though he’d previously been featured mostly on the counterattack. He’s a big downfield target with breakaway ability in the deep space, and he excels at maintaining positioning and timing to come down with 50/50 balls. The Legion offense had their most efficient game of the season in Week 6, so expect to see Lewis back on the O-line in the Week 7 Game of the Week.

Somewhat amazingly, Jacob Fairfax didn’t reach 300 receiving yards in any game in the Carolina Flyers’ 2021 championship season. He’s now hit 300-plus in three straight games, and four of six games this season, as he’s been one of few consistent pieces in the Flyers offense. With Alex Davis being the only other starting cutter to have played in every Flyers game this season, Fairfax currently sits as the team’s receiving yards leader with 1,644, eighth-most in the entire league. He continues to showcase big-play ability whether he’s on the throwing or receiving end, and he seems to always adjust his role perfectly with whichever O-line the Flyers field each week. Without a pair of big hybrid throwers in Eric Taylor and Trevor Lynch this week, we could see more shots from Fairfax against a Dallas defense he decimated for over 450 yards of offense in Week 6, including going 2-for-3 on huck attempts.

After setting the AUDL single-season goals per game record in 2019 with 83 goals in 12 games (6.9 average), Quentin Bonnaud makes his return to the AUDL field this Saturday against Toronto. Bonnaud plays some of the smoothest, most effortless-looking ultimate you’ll see from a cutter, as we’ve seen him nonchalantly sky over countless defenders throughout his career. His cut timing is impeccable, and he has the speed and athleticism to dominate matchups in the deep space. The Montreal Royal offense has been a bit up and down this season but immediately levels up to top-10 potential with the addition of Bonnaud. He’ll be teaming up with his favorite thrower from 2019, Kevin Quinlan, in addition to his downfield counterpart in Sacha Poitte-Sokolsky, both of whom should see a boost in efficiency with Bonnaud’s presence. Up against a soft Toronto Rush defense this week, expect a big showing from Bonnaud as he reestablishes himself as one of the premier cutters in the game.