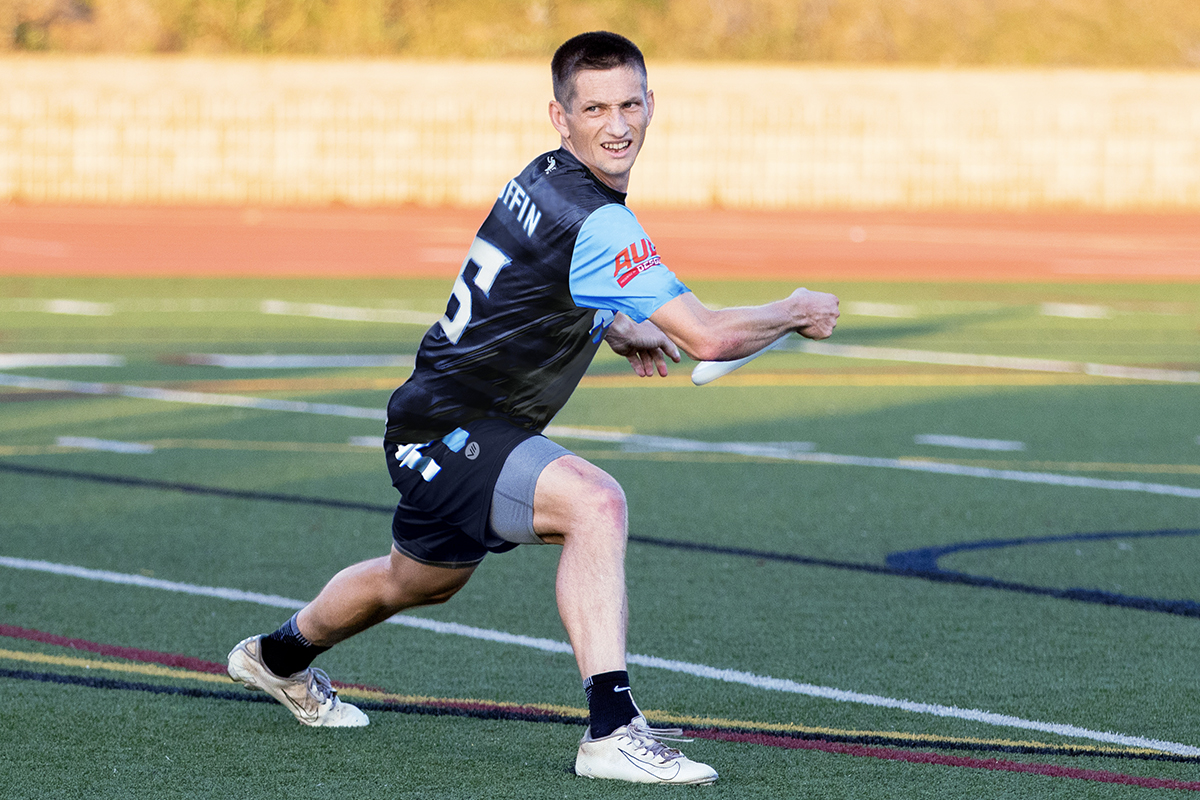 Coming off an All-AUDL Second Team selection in 2021, Ben Sadok was relatively quiet by his standards in Week 1, especially when compared to his offensive counterparts in Orion Cable (eight scores), Cole Davis-Brand (seven scores), and Tannor Johnson (eight scores). Sadok threw just two assists without scoring a goal, but still put up 501 yards of offense without a turnover, a yardage total he reached in nine of 12 games last season. Cable and Johnson are out this week for Boston Glory’s Week 2 double header in Canada, which means the team may need to lean on Sadok to carry even more of the offensive load, whether that means more small-ball handler motion in the backfield or releasing downfield to attack with his legs. In five games without Cable and Johnson in the lineup last season, Sadok averaged 2.6 assists, 3.4 goals, and 575.6 total yards per game; when he was needed downfield, Sadok produced. He may find plenty of room to work against Ottawa and Montreal, two Canadian teams that each finished bottom-10 last season in defensive efficiency.

Few players started the 2021 season better than Nick Boucher. First, Boucher completes 10 hucks (throws of 40-plus yards) and totals a single-game record 1,223 yards with 11 assists, two goals and a block in an Ottawa Outlaws upset win over Toronto. Then the next day, Boucher adds six more scores, three blocks, and 568 yards of offense in an upset win over Montreal. Unfortunately, he’d play just two more games last season due to injury, which both resulted in two-goal losses to Montreal and Toronto. Boucher is a veteran gunslinger who puts his teammates in position to make plays, and he’s in a great spot this week taking on a Glory team that just allowed Philly’s Jordan Rhyne to complete 5-of-5 hucks and total over 600 throwing yards in Week 1. If the Outlaws are going to pull off the upset, a big game from Boucher will be the reason why.

Abe Coffin makes his Minnesota Wind Chill debut this Saturday in the Week 2 Game of the Week against Chicago. Last time we saw Coffin, he had joined Kyle Henke in playing through a cast on his broken wrist in the 2021 West Division Championship Game, and he still threw three assists, scored a goal and racked up nearly 300 yards of offense on 14 touches. A true hybrid capable of initiating downfield or playing center handler, Coffin has a chance to carve out a featured role as one of Minnesota’s primary offensive weapons. Handlers Will Brandt and Andrew Roy, as well as cutter Nick Vogt are all out for the first game, which will likely leave Coffin free to take on multiple positions throughout the contest. This team has the balance and depth to experiment with different offensive rotations throughout the season; wherever he plays this week, Coffin could easily pace the team in total yards in the Wind Chill’s first game of the year.

Another Game of the Week debut, Dalton Smith is in the Chicago Union lineup for the first time this season. Smith signed with the Union this past offseason after playing on every Dallas team since their inception in 2016, and he filled a variety of roles throughout his time in the south; from a D-line leader, to offensive hybrid, to backfield facilitator, Smith has done a little bit of everything throughout his AUDL career. In Dallas’ 2019 playoff run playing alongside Abe Coffin, the duo led one of the top give-and-go offenses in the league, effortlessly gashing defenses with their legs and tight-window throws. Now he’ll be up against his former teammate, as he looks to find his fit in a brand new system. Chicago will be missing a key offensive piece in Paul Arters, which should allow Smith to slot in on the Chicago O-line and work in tandem with Pawel Janas in the backfield. If he can find his rhythm early, the Union will have a great shot at pulling off the road win.

*Whispers* …could this be the week Detroit breaks the streak? Sure, I might be saying this every week, but as of Thursday morning, Johnny Bansfield is on the active 20-man Detroit Mechanix roster for their Week 2 game against the Indianapolis AlleyCats. If there’s any one player to add to the Detroit lineup that could exponentially increase their win probability, it’s Bansfield. With his big throws, deep-cutting prowess, and lockdown defense, he’ll be the most dynamic player on the field on Saturday, and the indoor environment could have his yardage totals nearing 1,000 by the end of the night assuming he slots in on offense. In addition to his game-changing ability, some fun Mechanix history surrounds Bansfield’s return. His last AUDL game came against Indy in 2017, when he exploded for eight assists, seven goals and a block. And the last time the Mechanix won—against Chicago in 2017—Bansfield was in the lineup. Beyond that, all I’ll say is that the Mechanix feel due for a win.

Jay Froude suits up for his new team this weekend in a double header road trip to open the Colorado Summit’s inaugural season. When healthy, Froude has proven himself repeatedly as a top talent in the league over the past several years, though unfortunately injuries have ended each of his last two seasons. 2022 is a new year, and he’s taken on an immediate leadership role on a young Summit team looking to make a splash in the West in their first week of action, not unlike their expansion counterparts in Portland and Salt Lake. With his combination of speed, athleticism, and an elite all-around skill set, Froude can be the tone-setter on either side of the disc; if he plays offense, he’ll get to team up with a former AUDL MVP in Jon Nethercutt, whose long ball feels almost unfairly suited for Froude’s downfield speed. Expect him to be a key facilitator and playmaker in Colorado’s first weekend of play.

One of two US World Games team alternates on the Portland Nitro roster, Jack Hatchett unsurprisingly had a big debut in Portland’s 29-24 shootout win over Seattle in Week 1. He totaled nearly 300 yards of offense and found the end zone seven times—two assists and five goals—also adding a block to his final statline. The AUDL rookie was a workhorse, playing 11 O-points and 21 D-points in his first game; only teammate Leandro Marx played more points (33) for Portland, and Hatchett was the only player to play double-digit O- and D-points. This week, Hatchett and the D-line will take on what will likely be an explosive Summit offense featuring Jon Nethercutt, Jay Froude, and a handful of athletic rookies. The Nitro offense should put up plenty of points this season, but for those points to be consistently converted into wins, the Hatchett-led defense will have to prove it can set the tone in an offense-heavy West.