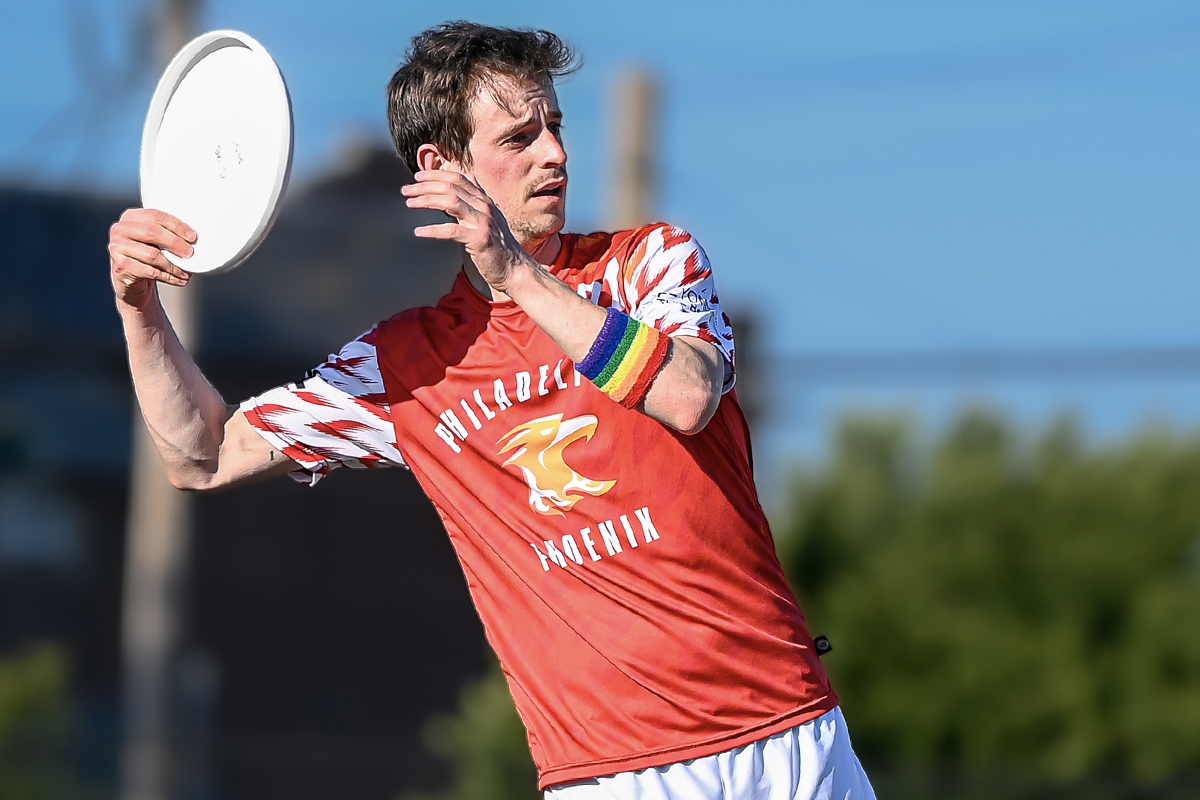 Ryan Osgar has one regular season game left to add to his MVP campaign, as he’ll look to lead the New York Empire to become the first team with multiple undefeated regular seasons. Osgar has looked a little more human the past three games with four of his eight total throwaways coming in that span, but he’s still been scoring at his typical rate with six-plus scores in each of the three. Osgar has just two games this season where he failed to reach six scores, and one of them came against Philadelphia in Week 2 (he had five). That game also marked his least efficient throwing performance of the year, as New York faced an underrated Phoenix defense in sub-par conditions and came away with their narrowest win of the season. Osgar needs three assists and three goals to top his career-high regular season scoring numbers from a year ago; as has been the case all season, the New York offense will likely lean on him to reach win number 12.

Alex Thorne had his highest usage game as a thrower against New York in Week 2, throwing for four assists and over 400 yards on 51-of-52 completions, more than twice the yardage output than the next closest player. Adding two goals to his final stat line, Thorne’s six-score performance marked his most in a game since he joined the Philadelphia Phoenix at the start of 2021. Philly will be without starting quarterback Jordan Rhyne this week, which could very well mean another busy day for Thorne considering Rhyne was also inactive for the first New York game. Without Rhyne’s deep ball, Thorne may have to launch a few more hucks than usual to keep the Empire defense on its toes; he currently averages 1.6 completed hucks per game, second only to Rhyne among the team’s handlers. Philly has a chance to end New York’s perfect season, and it’ll take another efficient game from the Phoenix offense to keep pace with the championship favorites.

After recording 11 scores in four games through the first seven weeks, Christian Boxley has hit his stride in the back half of the season. In his last five games, Boxley has 28 scores—eight assists and 20 goals—and he’s had at least four in every game. Box has found his fit as a primary cutter in the DC Breeze offense while still possessing the instincts and throwing ability to help out in the backfield, as the Breeze system facilitates. His consistency has been key for the league’s third-most efficient O-line; he’s one of six DC players that has played at least 150 O-points, and he has the second-highest completion percentage of that group at 96.3 percent. Boxley recorded 371 yards and five scores, including a Callahan, in his last Game of the Week against New York in Week 1; expect him to again shine on the national stage against a Boston defense allowing 22 scores per game.

You’re probably watching him every time he’s active, and here’s why: Boston has a 5-2 record with Tannor Johnson in the lineup dating back to the start of last season, with the two losses coming by one goal to Carolina and New York in 2021. They’re 3-0 when he’s been active this year, and it’s really no coincidence; the 6’4” hybrid has consistently proven himself as one of the best offensive players in the division. He averages 6.4 scores and close to 500 total yards per game for his career, and he’s had eight scores in all three games this season—12 assists and 12 goals total. Johnson’s downfield presence warps defenses in the deep space, but it’s his disc skills that separate him from other bigs. Able to run handler sets alongside Ben Sadok and Cole Davis-Brand, Glory gains an effective thunder-and-lightning approach whenever Johnson is out there. The playoff picture in the East is set, but this will be a great test to see what a Johnson-led Glory lineup can do against an East Division contender.

The Wind Chill will be missing a few offensive starters this week, paving the way for rookie Marty Adams to continue his second half of the season breakout. Including Adams, five Minnesota players currently have at least 1,000 receiving yards on the year, and the team is expected to be without two of them this week in Cole Jurek and Michael Jordan. Adams has been playing more full-time offense the past four games after splitting his time between O and D to start the season, and while he’s demonstrated clear playmaking ability on both sides, Adams’ ideal fit seems to be on the O-line. He’s averaged close to three scores and 250 total yards per game over his last four, as he’s found a lot of success operating in the intermediate space, whether he’s bridging the handler-cutter gap as the offense’s ‘glue guy’ or facilitating flow further downfield. Adams didn’t need to do much in the Wind Chill’s Week 6 blowout win over Indy, but with a more depleted roster and playoff implications on the line for the AlleyCats, Adams’ role could prove pivotal this Saturday.

One of several franchise staples commandeering the O-line, Levi Jacobs is in the midst of a career year. The eighth-year AlleyCat has a chance to set regular season career highs in both assists and total scores, as he has 36 and 58 respectively with two games still remaining on the schedule; he set his career highs in 2018 throwing for 41 assists and recording 69 scores. The reintegration of Keegan North and Cam Brock into the Indy offense has reduced Jacobs’ per game touches compared to last year, but the lesser workload has yielded higher efficiency. Nearly 22 percent of his completions have gone for assists, up eight percent from last year, and he’s averaging 10.3 yards per completion compared to 8.9 last season. He’s the ideal fit for an offense that often relies on its continuation looks, as he has a tendency to get open at will before fearlessly launching the disc to streaking cutters. Jacobs will look to build on his stellar season with the AlleyCats hoping to lock up the three seed with a win over Minnesota this week.

In his second year with the team, Paul Lally has been carrying the offensive load for the San Diego Growlers. He’s been the ideal center handler for an offense that looks to be hitting their stride, able to facilitate motion with reliable break throws and relentless handler cuts, while also giving downfield cutters space to take continuation shots. Lally averages about 20 more completions per game than the next closest player on the team this year, and he’s up to 491 completions in nine games, sixth most in the league. His offensive numbers are up across the board compared to the same amount of games played last season, and this season he has accounted for an astounding 23 percent of the team’s total throwing yards. With more than 2,100 yards of offense over his last three games, expect Lally to stay busy against the two Pacific Northwest defenses in Week 13.