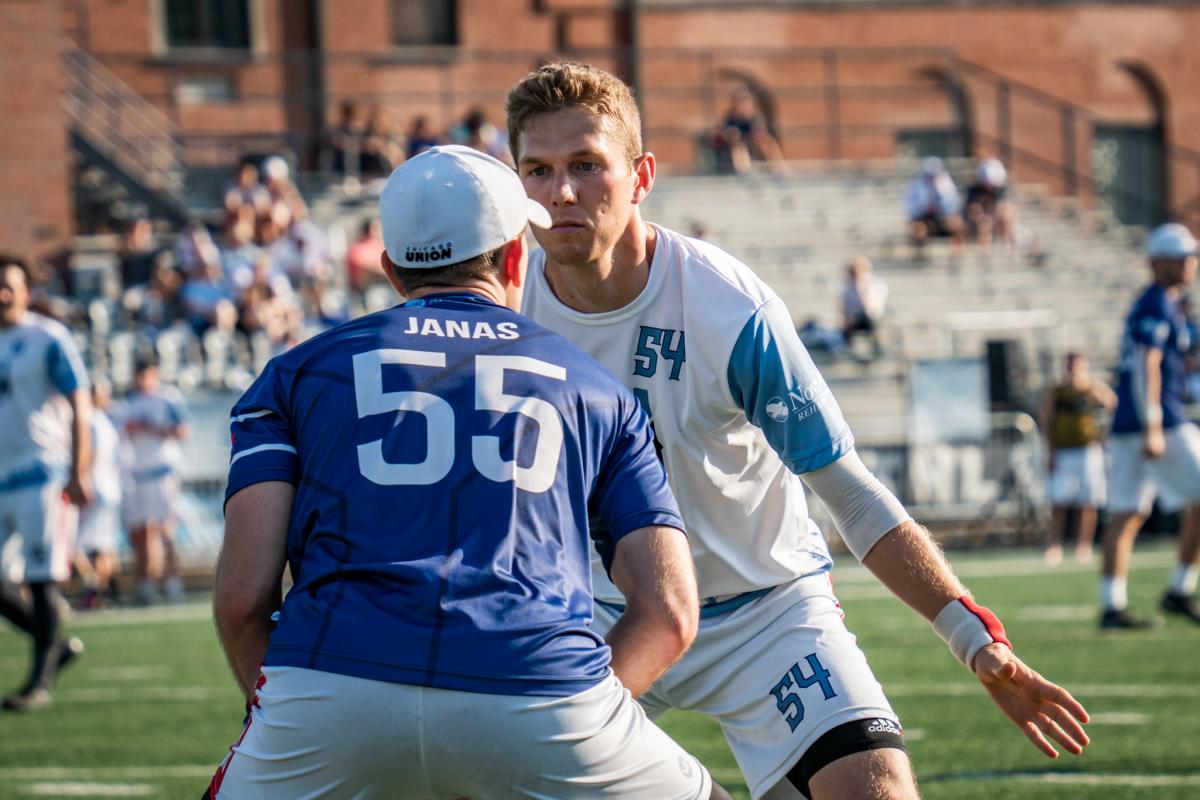 As he’s done every season since he got to New York, Jack Williams leads the team in hockey assists per game average as one of the best players in the league at setting up his teammates. While he’s not going to put up the same scoring numbers as some of his O-line counterparts, Williams continues to be central to the New York Empire attack as the team’s best all-around player. Against Montreal in Week 5, Solomon Rueschemeyer-Bailey was inactive, so Williams slotted into the backfield alongside Elliott Chartock and the offense didn’t miss a beat despite tough weather conditions; Williams completed a season-high 57 throws for over 450 throwing yards and four assists. This week, SRB and Chartock are both in the lineup, but the team is expected to be without John Lithio, which could mean more downfield looks for Williams to help fill that void. Expect him to top his 63-yard receiving total from their first meeting with the Royal as he settles back into his midfield hybrid role.

Leading the Montreal Royal in plus/minus and receiving yards through the team’s first eight games, despite having only played six of them, is 6’2” cutter Malik Auger-Semmar. In their first meeting with New York, Auger-Semmar went off for a season-high eight scores and 565 yards of offense playing his highest point total of the season primarily on offense. With good size and in-air ability, in addition to his cutting prowess, he’s proven he can be the A1 cutter for this O-line; he’s led all Royal cutters in receiving yards in all but one game this season. That one game came the last time we saw Auger-Semmar in action a month ago, when he was shifted to D-line in Montreal’s 24-21 win over Ottawa. Two of the offensive starters in that game, Hayden Stone and Sacha Poitte-Sokolsky, are not expected to play this week against New York, which could mean a shift back to offense for the Royal’s leading receiver. Keep an eye on Auger-Semmar’s role as the team looks to optimize their rotations heading into the final four games of the season.

Dylan DeClerck and the Minnesota Wind Chill defense take on the league’s fourth-most efficient offense this week in Chicago. In just six games played, DeClerck has already racked up 12 blocks, tied for seventh most in the league. He excels at jumping in throwing lanes to anticipate throws to the intermediate space of the field, and his closing speed allows him to fly past his matchups with big layout blocks underneath. The 2021 All-Defense Team selection is matching his takeaway pace from a year ago, but it’s his offensive game that seems to have taken a step forward in 2022; DeClerck’s 14 goals are second most on the team despite playing just a single O-point this season. He’s found a rhythm capping drives with Abe Coffin at the helm of the counterattack, playing a consistent role in Minnesota’s league-leading break percentage (43.2 percent). Without Colin Berry, Bret Bergmeier, and Jimmy Kittlesen in the lineup this week, DeClerck will have to be the defensive tone-setter in a likely Central Division playoff preview.

Up against the stingiest defense in the league, Pawel Janas leads the Chicago Union offense into battle in the second of three regular season meetings with the Wind Chill. While the Wind Chill’s defensive numbers are probably a bit skewed due to several windy games in Minnesota, this defense leads the league in a handful of defensive categories and did force six Pawel throwaways in their first meeting, his most in a game since 2017. Still, he handled the wind better than anyone else on the field and racked up five assists with a career-high 10 hockey assists in Chicago’s 24-21 win, sparking a run of five straight games where the Union have scored at least 22 goals. Janas continues to be one of the best distributors in the game, showcasing impressive command of the offense from the first throw of the drive all the way through red zone possessions. He’s also been churning out these upline scores in the red zone and is now up to a career-high 13 goals this season, with multiple goals in every game but one. The Union quarterback will look to keep Chicago’s offense hot in a potential statement game at the top of the division.

In a crucial game against DC this week, the Philadelphia Phoenix will need a big performance from James Pollard to have a chance at winning their fifth straight. The 6’5” Pollard has looked unstoppable on the Phoenix O-line, averaging over 20 yards per touch this season after another dominant game against Toronto last week, where he totaled a season-high 315 receiving yards with seven scores. In addition to his big play ability on both the throwing and receiving end, his defensive presence after turnovers has been huge for Philly this year in earning the disc back for the O-line—he leads the team with 10 blocks this season despite having played 88 percent of his points on offense. DC’s D-line has been great offensively, but there’s been no better team in the league against opposing counterattacks than the Pollard-led Phoenix. He’ll have opportunities on both sides of the disc this week as Philly looks to pull off the upset.

No player in AUDL history has finished a season with 300-plus completions and a completion percentage above 99 percent. With just one throwaway on 344 throws this season, Matt Gouchoe-Hanas has been as close to flawless as possible this season anchoring the Carolina Flyers attack. Gouchoe-Hanas was pivotal in Carolina’s Week 8 win over Atlanta, completing a career-high 82 throws the last time these teams met, as he showed off his signature poise handling through the Hustle zone. Working alongside fellow quarterback Sol Yanuck, the duo forms one of the steadiest backfields in the league, with both possessing the throwing arsenal and handler cuts necessary to initiate offensive motion or buy time with automatic resets. MGH will look to maintain his near-perfect season as Carolina attempts the regular season sweep in their third and final meeting with Atlanta.

Ever since Week 1 when Austin Taylor finished with a career-high 69 completions and a career-low -33 receiving yards, he’s made the switch to downfield initiator and has significantly upped the pace of the offense. He’s in a Taylor-made catch-and-shoot role in the Atlanta Hustle offense, no longer needed to initiate the offense with stand-still hucks from the backfield when Bobby Ley and Christian Olsen are there to hold down the fort. Taylor has completed 15 hucks in the five games (3.0 per game) since he was freed from the backfield, connecting deep more often than he was in his higher-volume role of 2021 (31 hucks in 12 games, 2.6 per game). This offense has been optimized with Taylor’s adjusted role, and in their last game against Carolina the O-line converted 67 percent of their possessions—up 10 percent from their Week 1 matchup—with Draco recording a season-high 762 total yards, including going 4-for-4 on hucks. No John Stubbs or Max Thorne this week, so Taylor is sure to stay busy in a borderline must-win road game for Atlanta.