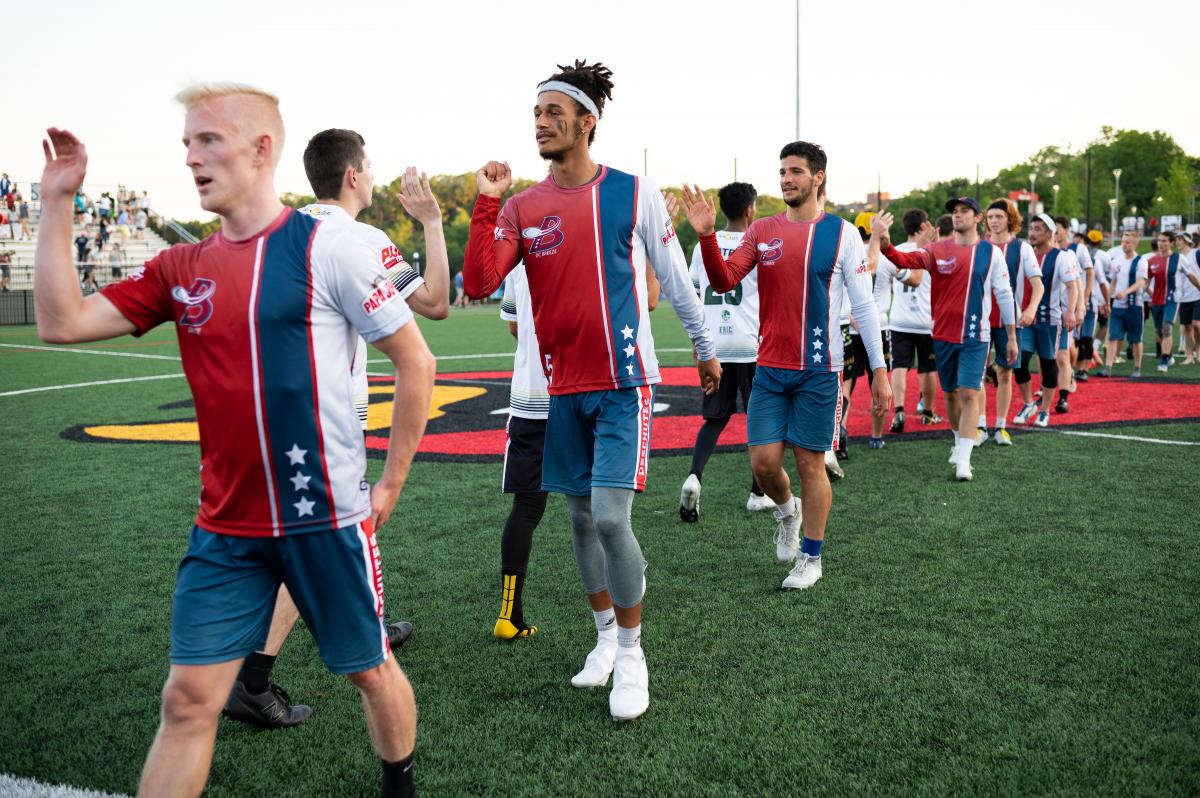 Who will win the 2022 AUDL Defensive Player Of The Year?

Daniel Cohen: Like AJ Merriman, Brett Hulsmeyer is another guy that had a pretty massive statistical leap from year one to year two—he nearly doubled his block total from 12 to 23 in the same number of games—and I’m not sure there’s another defender that looked as consistently dominant in their role as Hulsmeyer did last year. He played like the best deep defender in the league last season, which included his ability to play like a strong safety and jump underneath routes. He earned his league-leading 23 blocks at every level of the field, and he even showed a bit of juice in his offensive game after turnovers, nearly tripling his completion total from his rookie to sophomore season. This award feels like it’ll change hands often, since year-to-year blocks can have a degree of randomness to them and defensive stats are still in their infancy. With some big adds for the Atlanta D-line this offseason, I expect the entire unit to level up in 2022 and just like last year, Hulsmeyer will be the key piece generating turnovers.

Evan Lepler: I will not overcomplicate this. The answer—presuming he stays healthy—is DC’s AJ Merriman. Sure, I could make a decently compelling case for New York’s Jeff Babbitt, Atlanta’s Brett Hulsmeyer, or Portland’s Jack Hatchett, but Merriman is still young, hungry, and developing toward his prime. The Breeze are loaded with playmakers on offense, so Merriman, who turns 22 in June, will almost certainly continue as a defensive anchor who can really sizzle with the disc after a turn. Furthermore, he’ll have plenty of talent around him on the DC D-Line, meaning that opposing offenses won’t be able to create game plans entirely based upon avoiding Merriman. The bottom line: Merriman already won this award last year, and it’s very reasonable to expect an uptick in his numbers and efficiency in 2022. It’s his to lose, and with his combination of mindset, ability, and situation, he’s perfectly stationed to be the favorite for this honor for much of the next decade.

Adam Ruffner: With the loss of Drew Swanson to Seattle and a few starter-level retirements during the offseason, a Chicago Union defense that finished as a top five unit last season has some major questions to address heading into 2022. And yet with Nate Goff rounding into his prime—and serving as Union team captain this season—Chicago's defense still has one of the most formidable single coverage and deep defenders in the league. Goff has averaged nearly 1.7 blocks per game in his 25 career games with the Union, and in 2021 consistently came up with his biggest takeaways in the most crucial moments for Chicago. It would surprise me none if AJ Merriman were to protect his award from last season, but DC is going to be adding star-level depth on defense; Goff is going to be the Union's top defender all season, and will be a demon to deal with all season long in the Central Division on opposing teams' top offensive options.