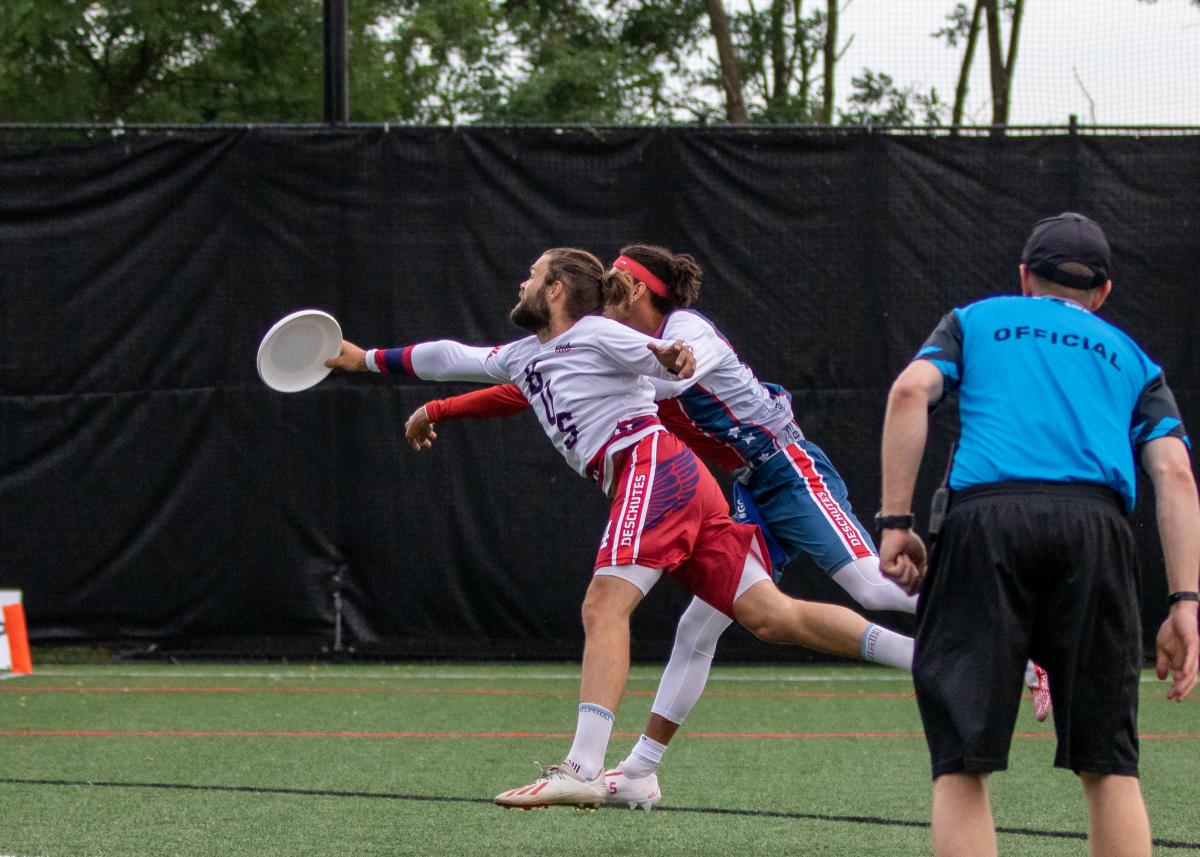 If you could snap your fingers and change any AUDL rule tomorrow, what one thing would you change?

Daniel Cohen: Stall 5. I don’t know if this rule change is necessarily a “right” answer to improving the league, but I’m too curious to see its effects in action not to use my snap to take two seconds off the stall count. Offense is too easy in this sport and seven seconds is too much time to give elite throwers. By forcing players to get rid of the disc sooner, offenses that can move efficiently and in rhythm will be rewarded. The quicker pace of play will also create a more watchable and entertaining version of the sport. Sure I could see small-ball offenses becoming even more popular than they already are, but I don’t think big throws will go away—I’d argue deep cuts will be set up even more effectively with shorter stalls, as cutters will be forced to set up their cuts one or two throws in advance rather than develop their cuts for a single thrower. Make offense harder, make it faster, and reward cohesive systems.

Evan Lepler: Aside from the fact that I physically cannot snap--I can whistle great, but I’ve never been able to snap--the one thing I’d be super curious to see is foul-out disqualification. I’m waffling between three or four fouls, so to be cautious I’ll suggest four. A player picks up four fouls in a game--offensive fouls or defensive fouls, doesn’t matter--and they are done for the night. (Just to clarify, I’m thinking of a “foul” as any contact or pass interference call.) Presently, players don’t care too much about picking up a single foul; it’s just a 10-yard penalty and we play on. But what if an overly physical defender was called for two fouls in the first? That’s now an interesting storyline to monitor in terms of how their role changes, if the coach plays them less, if a team targets that particular defender with a deep cut, etc. For a sport that’s supposed to be contact-free, this provides further incentive and consequence for maintaining a clean game. If you pick up a harmless foul or two in the natural flow of play, no biggie. But these are now tracked as a stat for every player and too many infractions will merit ejection. Hopefully, this rule adjustment would add accountability and drama, two important dynamics for our sport and our league.

Adam Ruffner: Two words: Stall five. Offenses are already too cozy in the vast field space afforded by the pro playing dimensions, so by diminishing the stall count by two seconds, defenses would be granted more opportunities to employ traps and other quick tactics. The stall change would also have the dovetailing benefit of enshrining offensive players—specifically throwers—that had the skill arsenal and decision making to handle an accelerated pace of play, making for more fluid offenses and a more entertaining game. Granting every player seven whole seconds to make a decision slows the game down from the potential it has; imagine giving an NFL quarterback seven seconds every play to throw the ball, or how much less dynamic route running is when plays are extended that long. By hastening the pace of play, there would potentially be both more tactical developments, as well as more opportunity for freestyling within the increased flow.