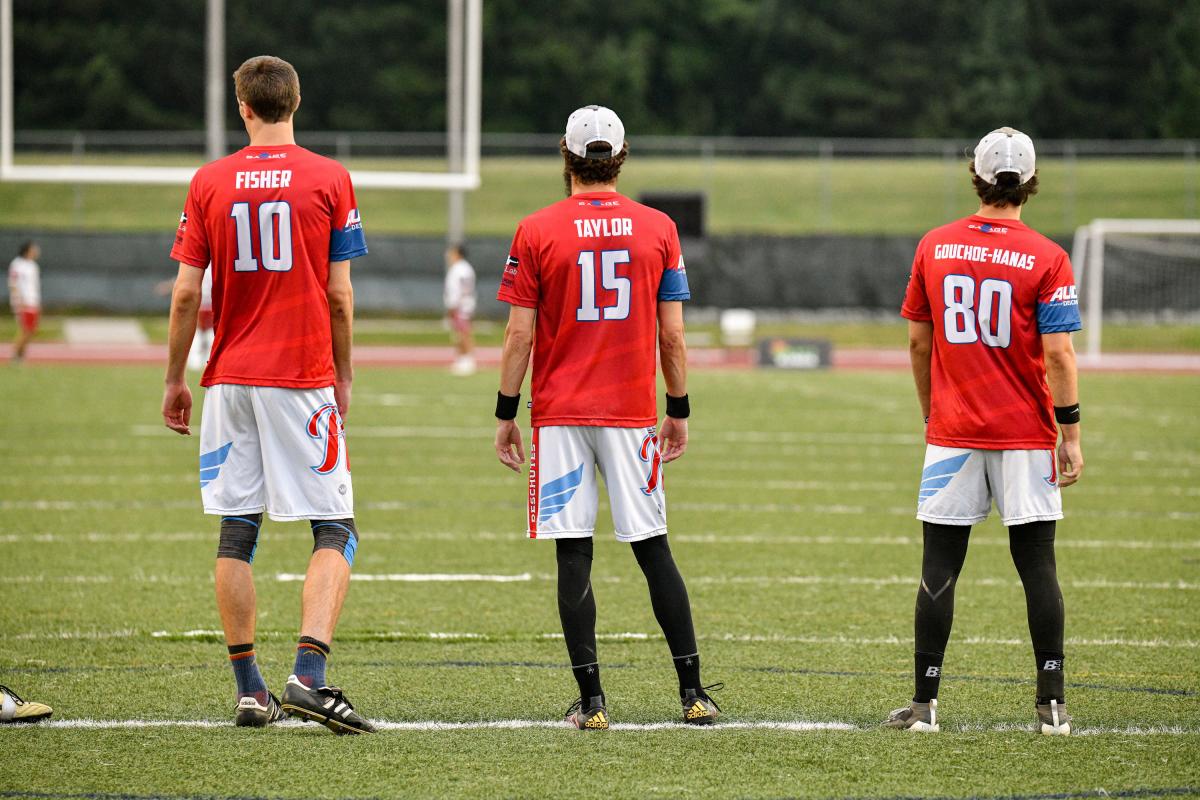 Among all the players who were NOT named to the First Team nor Second Team All-AUDL last year, can you name one who will make a leap and ascend onto an All-AUDL team in 2022? Note: Players who made the All-AUDL Rookie Team are eligible for this answer.

Daniel Cohen: I can easily see Jay Froude taking charge of the Colorado Summit offense and running with it. Froude is due for a bounce-back year after a slightly down 2019 season (compared to his two prior seasons in Dallas) followed by a 2021 campaign cut short due to injury. The number one overall pick in the 2019 All-Star Game draft still has one of the most athletic skill sets in the league, and when fully healthy has repeatedly shown an ability to play like an All-AUDL talent on both sides of the disc; in four seasons with Dallas, Froude averaged 4.4 scores and 1.4 blocks per game playing a 63/37 split of O-points and D-points. With plenty of young talent on the Summit roster, Froude comes into the ideal situation with a strong supporting cast that will look to him as both a veteran leader and as a player that can take over any game—offensively or defensively. If he stays healthy, Froude could reach his 80-score, 20-block potential that we last saw from him in 2018.

Evan Lepler: There’s no shortage of potential candidates here, and they come from all sorts of different categories. There’s the contingent of “great players who dealt with injuries last year,” which includes players like Boston’s Tannor Johnson and Colorado’s Jay Froude. There’s the “rising stars on an upward trajectory,” featuring young standouts like Austin’s Eric Brodbeck and Salt Lake’s Jordan Kerr. Don’t forget the large array of players who, for one reason or another, did not compete in the AUDL last year but could definitely contend for All-AUDL glory this year, individuals like Minnesota’s Quinn Snider and DC’s Tyler Monroe. But enough name-dropping. The answer is Carolina’s Eric Taylor. Indeed, it’s hard to believe a player of his caliber did not receive All-AUDL accolades in 2021, but the Carolina Flyers’ depth of contributors made it more difficult for Taylor to stand out statistically. Admittedly, part of my choosing Taylor is correlated to the deeply disappointing news that his All-AUDL teammate, Allan Laviolette (Second Team honors last year), recently suffered a torn ACL and will be absent from the Flyers’ lineup this season. It’s obviously a tough blow for the defending champs, and losing a guy of that caliber could crush lesser teams’ hopes of contending. But Carolina still has more than enough weapons, and Taylor’s presence should be amplified even more in 2022. His selection as a Team USA World Games alternate gives me a slight pause, only because it could mean he misses a few games for USA practice weekends, but even despite that fact, I’m fully expecting Taylor to rise onto an All-AUDL team this season.

Adam Ruffner: For being 6’6” and scoring 40-plus goals in each of his first two seasons as a pro, Henry Fisher sure does a good job of flying under the radar. Big Fish finished ninth in goals (43) and fourth in receiving yardage (3719) in the AUDL in 2021, and is quickly becoming one of the most efficient bigs to ever play pro. Fisher had 10 scores and just one turnover in three playoff starts, averaging over 300 receiving yards per game during the Flyers’s championship run. And among all players with 20 or more career starts, Fisher has the highest offensive efficiency rating of any player, ever. He’s underrated as a passer, having completed nearly 20 throws per game last season in the playoffs. If Fisher adds another dimension to his throwing, he could enter a Jagt-like stratosphere in terms of offensive dominance.