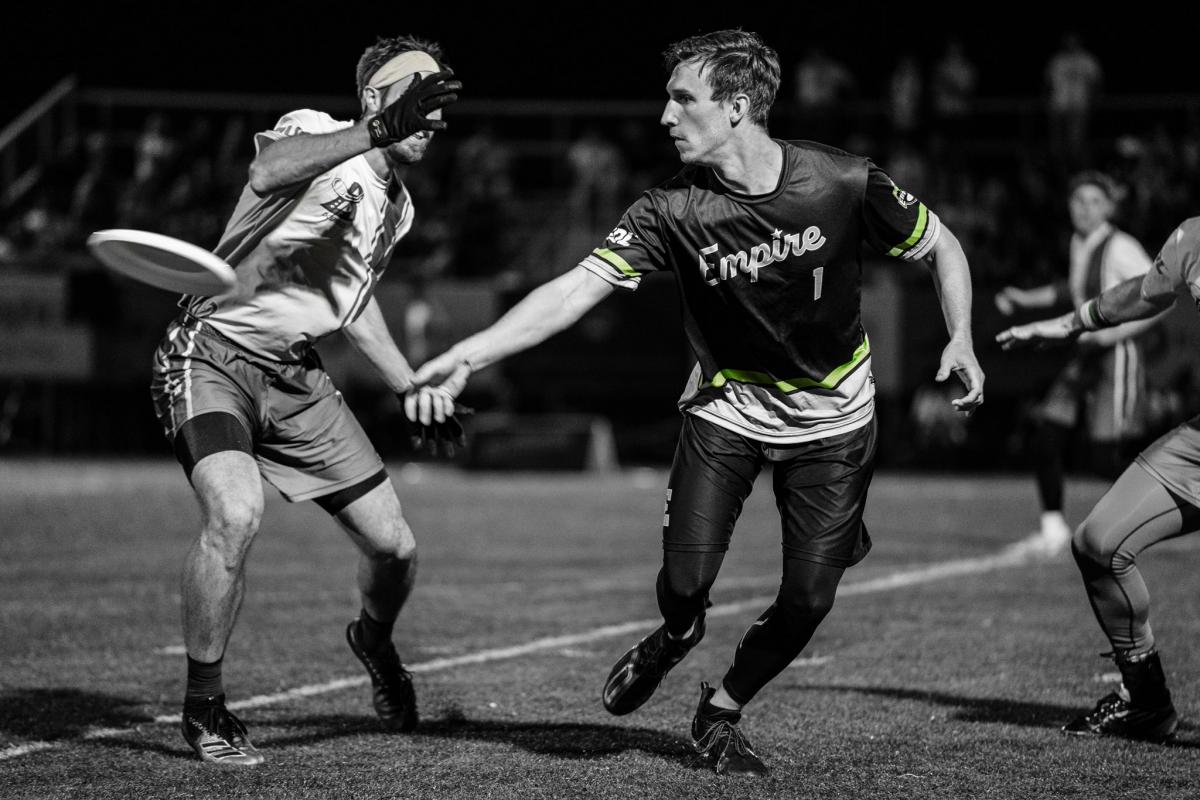 Following a perfect undefeated season and a title, Ryan Osgar of the New York Empire has been named the 2022 AUDL MVP. In his second year with the team, Osgar was the leading scorer and yardage producer for an Empire offense that finished with the highest offensive efficiency in AUDL history. Osgar joins teammate Ben Jagt as the third straight Empire player to receive the MVP award. 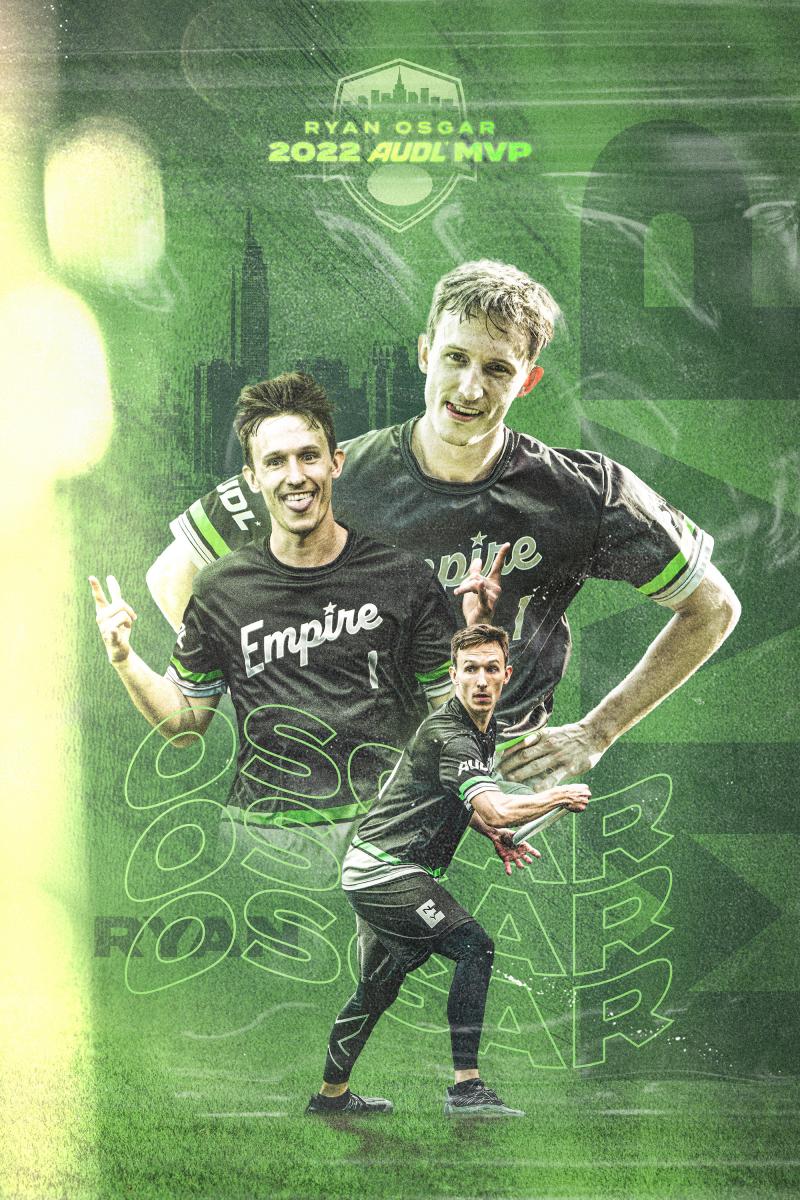 Osgar finished his 2022 campaign with a stunning stat line, producing 115 total scores—assists and goals—and over 7200 yards of offense while completing 497 throws at a 96.96 percent rate for the 15-0 Empire. He had nine games with seven or more total scores, and never had fewer than 311 yards of total offense in a game in 2022. And though Osgar finished third in assists, he has been one of the league's premier receiving threats since joining the Empire. Only Jagt has more receiving yards (9161) than Osgar (8255) over the past two seasons.