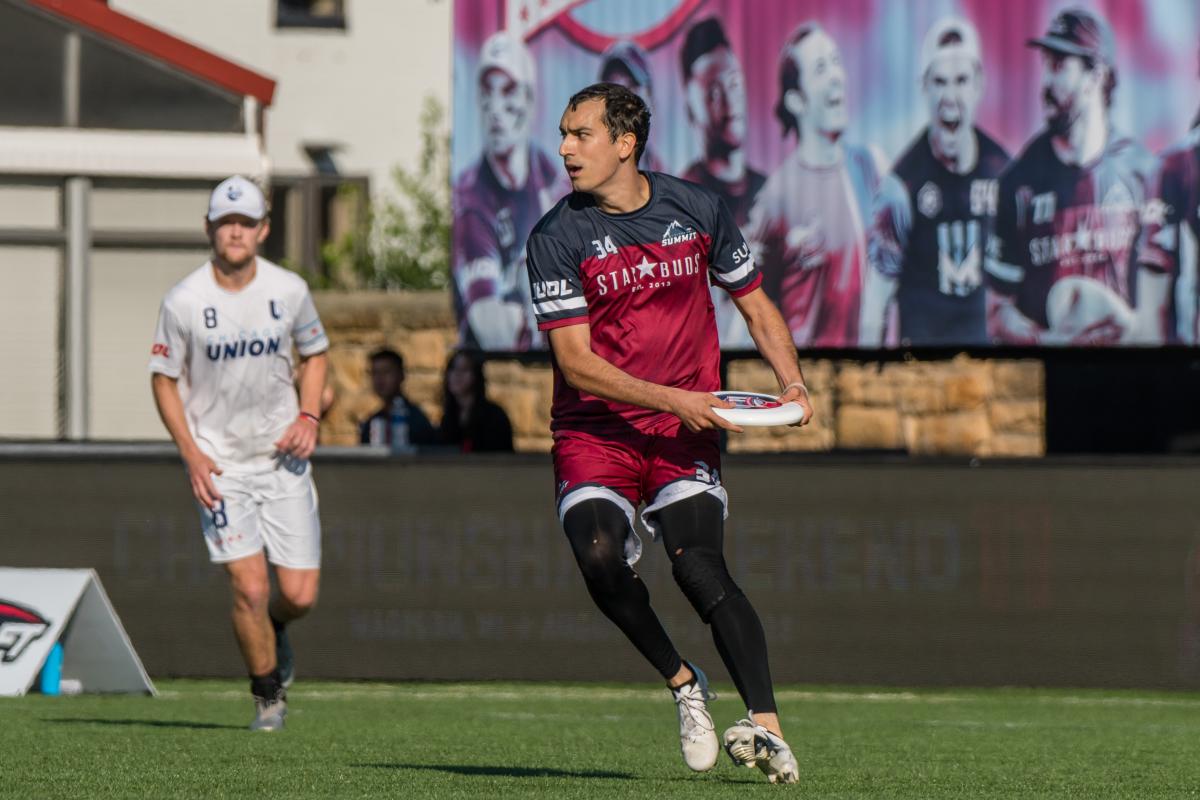 To the uninitiated, some of Cody Spicer’s “highlights” might appear downright boring.

To be sure, while he notched the occasional stellar block, the 13 blocks he did record didn’t lead the Colorado Summit, put him on the AUDL leaderboard or always make the AUDL Top Ten.

“It's cliche to say he doesn't get as many blocks because his dude is covered, but it's the genuine truth,” Colorado Summit Coach Tim Kefalas said. “His impact can’t be overstated.”

Dig deeper into the tape and other numbers, though, and it becomes clear that Kefalas has a point about the AUDL’s 2022 Defensive Player of the Year.

Spicer mirrors the primary Nitro dump option across multiple changes of direction. As the stall count rises, Nitro All-Star and 2022 Rookie of the Year Leandro Marx has no choice but to turn away from Spicer’s assignment and throw a prayer to the endzone, which Summit big man Alex Atkins blocks.

Though Atkins earned the statistical credit for the block and Spicer’s dump defense didn’t land in the SportsCenter or AUDL Top Ten, Spicer’s effort was critical to generating that block. The Colorado State University product frustrated West Division handlers in that manner and receivers in different ways all season long.

“Spicer is a rare athlete that has both the quickness and size to guard top handlers,” explained Bryan Jones, league analyst and head coach of the 2019 champion New York Empire. “He has great awareness and intelligence to read the play.” 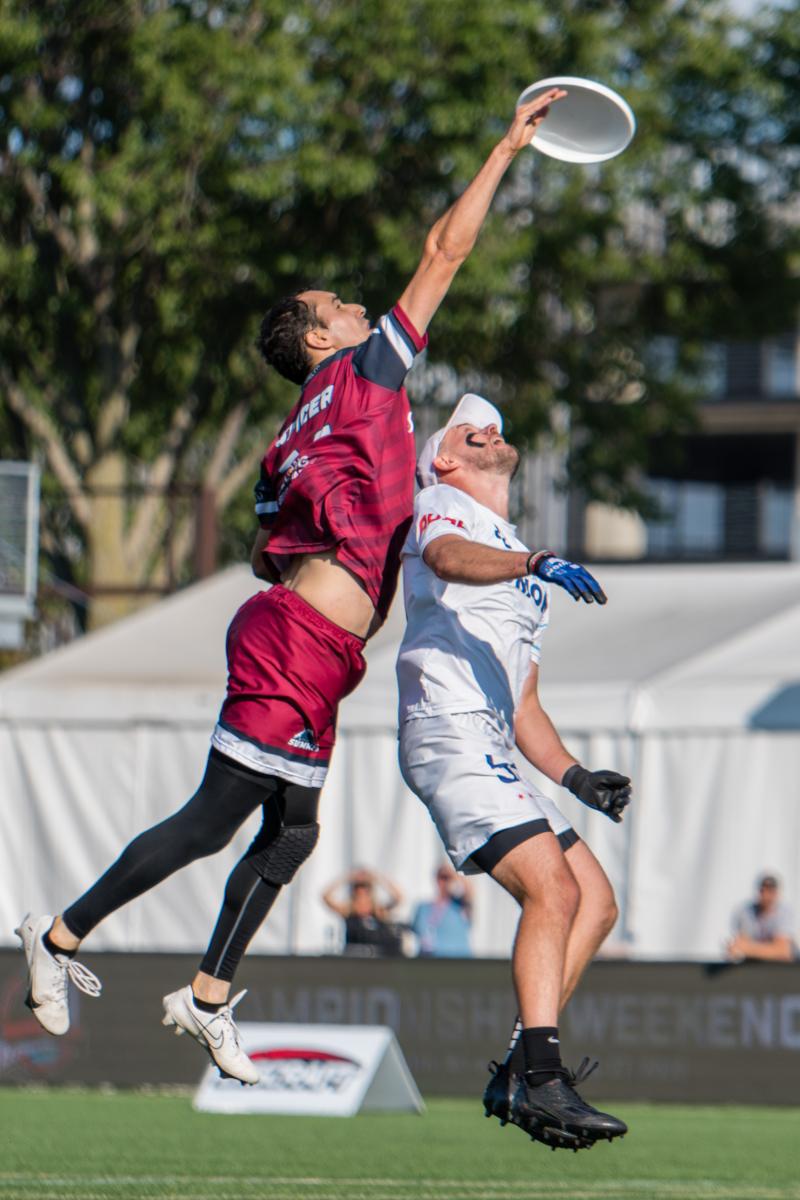 “I think the main thing that separates Spicer from a lot of other great defensive players is that he doesn't have a clear weakness in his game,” said Summit teammate Jonathan Nethercutt, a former league MVP and 2022 All-AUDL First Team honoree. “He does a lot of things at the ‘great’ level and doesn't seem to have anything that you can easily exploit. He's got the size, speed, and quickness to match up with a huge variety of players, whether it's a primary handler type or a team's main receiver. His defensive positioning is top notch, and the way he combines that with his field IQ and work rate is a recipe that makes it a constant battle to get open on him. There's a lot of defensive players I've played against that you can figure out where their weak spot is and exploit that, and with Spicer, it's incredibly difficult to find one. At the end of the day, he just makes every single cut difficult, and you have to be on your ‘A game’ 100 percent of the time when playing against him if you want a chance of being successful.”

“Having had the chance to coach against Cody since college, I knew we'd have an aggressive, physical defender to game plan for heading into our matchups with Summit this season,” said Salt Lake Shred Head Coach Bryce Merrill, who faced Spicer and the Summit thrice in 2022. “But I wasn't prepared for the versatility that we saw from him in each of the games. We'd try and move his mark downfield to see how he'd respond to the deep space. We'd pull players back into the handler set. We'd move them to passive dumps and play with 'space' throws to try and thwart his face-guard D. Or we'd run aggressive resets against him and test his footwork and legs. After the first two regular season matchups, we told our players to stop lining up in that open side dump position altogether because Cody was just too effective there and it'd be best to just clear out and try and cycle another option in before the stall turned over. I've yet to find that consistent weakness in how he plays defense and how we coordinate those defensive decisions with the teammates around him.” 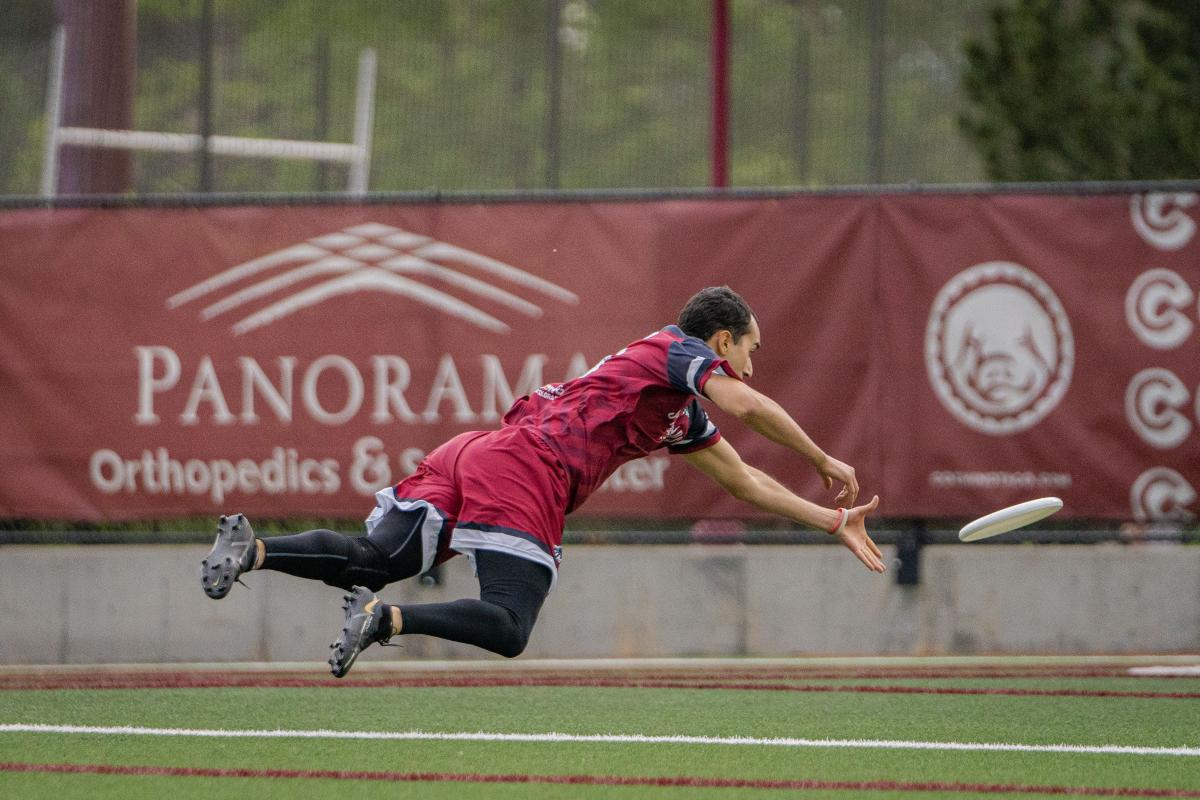 “He's as close to lockdown as it gets in the league,” Kefalas proclaimed. “Put him in the backfield and he'll go step for step. Downfield, if he's tasked with taking away unders, he'll take away unders. If he's on deeps, he'll shut down deeps. However, he does this while still contesting the opposite space. Ask him to make an adjustment, and it happens immediately. No matter the skill set of his cover, they're going to be working the entire time for every single cut. There are no free passes against him–that isn't hyperbole.”

Spicer finished 2022 as one of four players starting a majority of points on defense and finishing top 40 in the league in plus-minus–a testament to his ability to consistently drive play after the turn. His 40 scores (24 assists, 16 goals) were good for seventh-most on the Championship Weekend-bound Summit.

“When there is a turnover, Cody plays this grindy, reset triangle that wears people out,” Froude said. “He has incredible endurance and rarely shows signs of fatigue.”

"I can't explain how difficult it was when he [Spicer] would guard you extremely tight, and then when there was a turn, having to guard him for the full length of the field," said Salt Lake’s Jordan Kerr, a 2022 All-AUDL First Team selection and All-Star. “He applies relentless pressure every point of the entire game. That's easy to do in the first two quarters, but it's really impressive–and frankly annoying when he's guarding you–when it's late in the fourth quarter and he's still applying consistent pressure to you and your team.”

Both Merrill and Kerr pointed to Spicer’s third quarter block in the West Division Championship Game as representative of his big play capability and penchant for inspiring his group through high-pressure execution.

“Kerr had steps, but the disc floated a half a second too long and Cody got there, got a body, and denied the disc at the highest point to register that first critical break of the second half,” Merrill recounted. “Just a big play in a big moment from a great defender.” 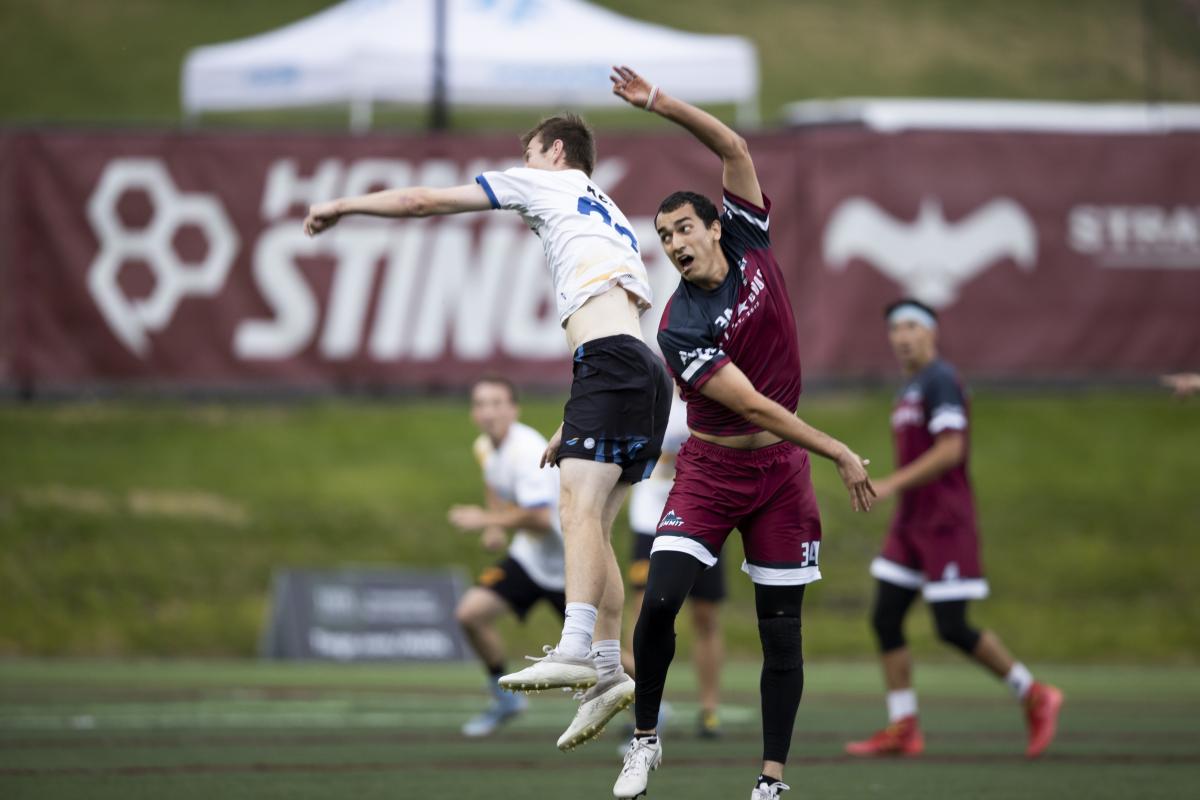 “The Summit had such a good defensive identity and I believe that that all started with Spicer,” Kerr added.

“He's brilliant and humble and the fact that he'll deflect praise and credit his teammates 100 times out of 100 speaks to his leadership,” Kefalas said.

“I think our results look a lot different for this past season if you take Cody out of the equation,” Nethercutt added.

Spicer will compete at the 2022 AUDL All-Star Game Nov. 12 in Portland with Kerr and Summit teammate Quinn Finer.