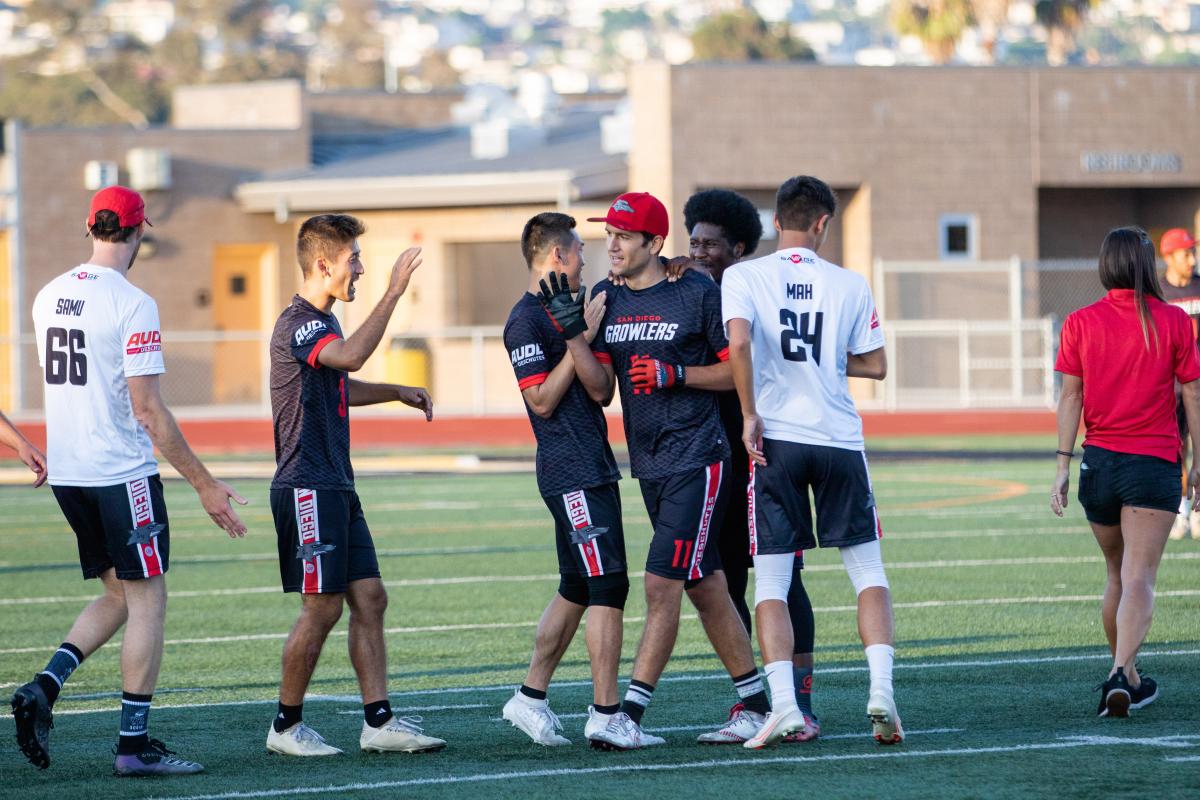 Keenan Laurence, San Jose Spiders
San Jose’s youthful leader delivered his second straight monster game against Seattle, accumulating four goals, five assists, one block, and 512 total yards in a turnover-free performance against the Cascades. It was the first double-digit plus-minus of his young career, as the second-year Spider finished +10 on Friday night, the highest number league-wide all weekend long. And just as a reminder, Laurence won’t even turn 21 years old until next February!

Vincent Lemieux, Montreal Royal
While Jakob Brissette was the distribution dynamo last week for Montreal, the 25-year-old Lemieux shined brightest north of the border in Week 11. In two Royal victories, Lemieux went 81-for-82 and threw for 686 yards, while also dishing seven assists, including five in Montreal’s thrilling one-goal win in Toronto. Since dropping their Canada Cup opener, the Royal have won four straight, the franchise’s longest-winning streak since 2017 and second-longest winning-streak in the organization’s seven-year history.

Elijah Long, Raleigh Flyers
It’s tough to single out any one Flyer after their crazy fourth-quarter comeback on Saturday night, but Long’s versatility, dependability, and late-game steadiness get him the nod. Also, I’m a glutton for turnover-free stat lines, even while I recognize that there’s some element of luck in avoiding throwaways. But Long’s 30-for-30 was huge for Raleigh on a night when the other six players with at least 20 completions totaled 12 turns among them. Furthermore, Long played more offense than any other game this season and delivered in the clutch, completing all 13 of his throws in the fourth quarter and scoring the go-ahead goal to give Raleigh its first lead of the game with 4:38 remaining.

Steven Milardovich, San Diego Growlers (pictured)
With four more blocks on Saturday against Los Angeles, Milardovich moved into a tie for 10th all-time in AUDL history with 127 in his career. One would think that the Aviators would stop challenging him after six seasons of seeing him make plays, but Milardovich registered seven Ds in his last two games, both against LA. His presence on Saturday helped San Diego secure home field advantage in the West Division title game, as the Growlers will host the Dallas Roughnecks on Saturday, August 28 for the right to advance to Championship Weekend.

Ryan Osgar, New York Empire
After missing the Empire’s one-goal win on Friday, Osgar returned to the lineup on Saturday and coolly contributed seven assists, one goal, and 637 yards of offense to New York’s 20-16 victory over Pittsburgh, officially clinching the Empire’s spot in the 2021 postseason. Over his last four games, Osgar has averaged 627 total yards per contest, with 26 assists and 12 goals. With two games still left on New York’s schedule, Osgar’s season-long +54 is tied for third-best in the league.

Bryan Vohnoutka, Minnesota Wind Chill
BVon moved back onto the O-line and and erupted for 10 assists, six goals, and two blocks in a pair of Minnesota victories at Detroit and Indianapolis, as the Wind Chill officially clinched their playoff berth this past weekend. Vohnoutka also tallied 413 and 438 yards in the two games, respectively, finishing as the biggest gainer on either team in both road contests.

Jack Williams, New York Empire
Without Osgar on Friday night, the Empire probably would have lost in Philly if not for Williams, who became the first U.S. player to record at least 300 passing yards and 300 receiving yards in a game in well over a month, since Indy’s Levi Jacobs did it against Madison back in Week 5. Williams completed 59 passes and threw for 345 yards while also accumulating 313 receiving yards and five assists, as the Empire hung on for the one goal win against the Phoenix on Friday night. Across the entire league, there have only been eight 300/300 games for the entire season, recorded by Travis Carpenter, Parker Bray, Ben Sadok, Pawel Janas, Eric Brodbeck, Levi Jacobs, Nick Boucher, and Williams.