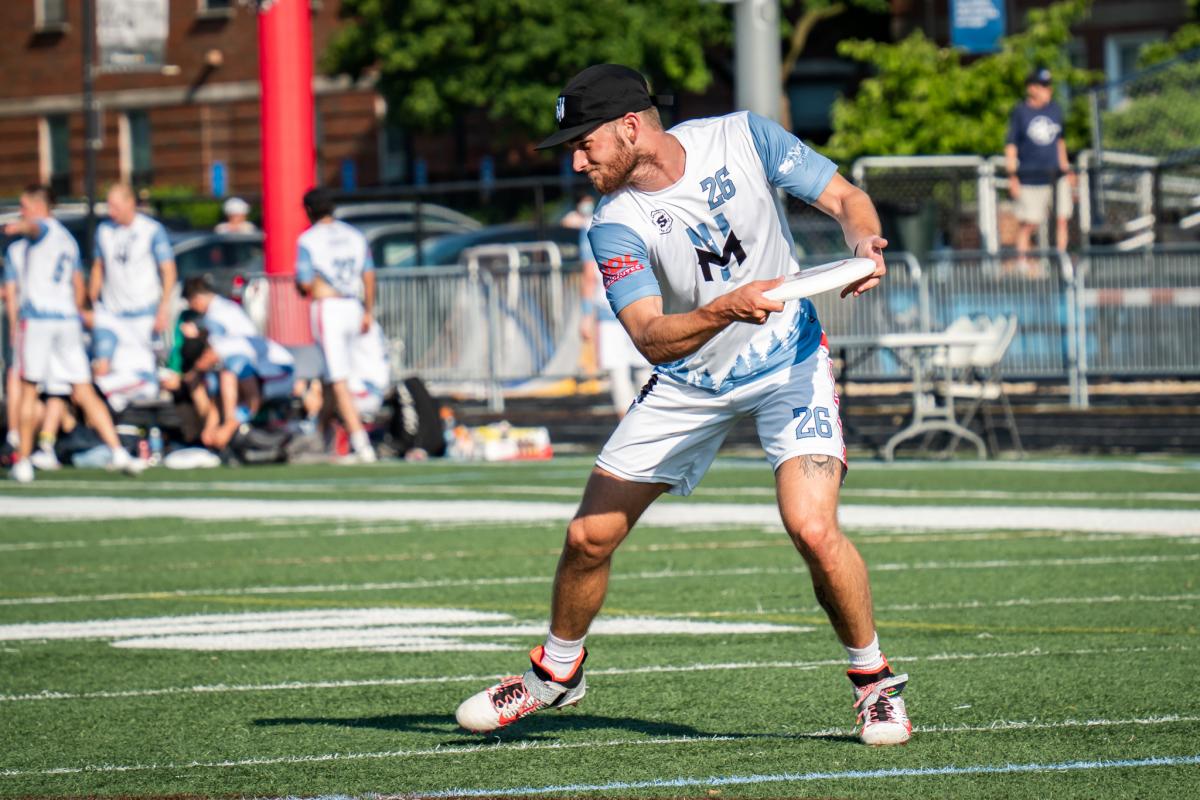 Available to watch live on AUDL.TV at 7:00 PM/ET

The Indianapolis AlleyCats and Minnesota Wind Chill will meet in tomorrow night’s AUDL Game of the Week showcase in a rematch of their Week 6 battle. Minnesota came out victorious 25-18 in the first encounter, and now need a win at home to stay in the race for a home playoff game in the Central Division.

The AlleyCats will notably be without 2019 All-AUDL First Team member Travis Carpenter for the second straight game. Carpenter had three assists, three goals, and a game-high 565 total yards for Indy in their first meeting between these two teams. Indianapolis will also be without Cameron Brock.

In their absence, Levi Jacobs and Rick Gross are more than capable of picking up the slack for the AlleyCats offense. Jacobs is having a career year in his seventh year as a pro, averaging over four scores and 450 yards of total offense a game, while completing a career-best 92.5 percent of his throws. Also in his seventh season with the ‘Cats, Gross has developed a nice throwing repertoire—highlighted by his flick huck—that complements well with his downfield receiving abilities; Gross is second on the team in assists (26), while also ranking second in receiving yards (1641).

Indianapolis has not scored 20 goals in any of their last three games. They commit the ninth fewest turnovers in the league—every team that commits fewer turns than the ‘Cats has a winning record—but Indy lacks a discernible pop to their offensive attack that is keeping them out of the endzone.

Minnesota has been one of the better defensive squads in the league this season, ranking first in the AUDL in takeaways (12.5 per game), and fifth in goals allowed (18.1 per game). Chicago has scored 20 goals on them twice this season, otherwise the Wind Chill have not allowed more than 19 goals in their other six matchups; Minnesota is 5-0 in 2021 against Central Division opponents that are not the Union.

But the determining factor for this Minnesota team’s success is their offense. When in rhythm, the Wind Chill look like a dark horse championship contender: Josh Klane, Tony Poletto, William Brandt, and Andrew Roy compose one of the best backfield quartets in the league, and the receiving trio of Nick Vogt, Cole Jurek, and Charles Weinberg has really emerged in the past month.

Last week versus Chicago, however, the Wind Chill O-line could not find any consistency, converting just 15-of-33 offensive holds and committing a series of unforced errors. Minnesota is tied for third in the league with a sterling 95.3 team completion percentage on the season, and yet they could only muster a 92 percent rating against the Union defense in Week 8.

Roy, Klane, and Jurek combined for over 1500 total yards and just two turnovers in the last meeting with Indy, and all three could have similar performances at home. In his last two games against Indianapolis, Klane has thrown 11 assists on 98-of-99 throws.