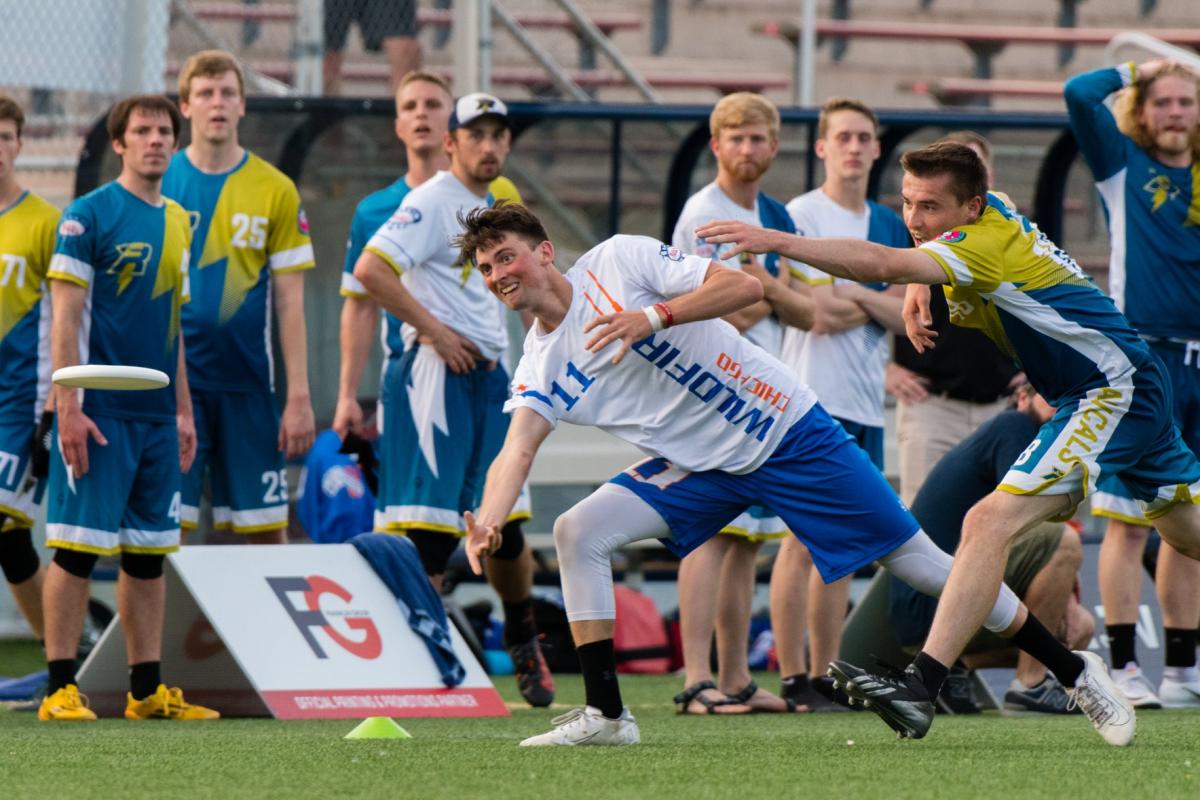 Watch live and for free starting at 8:00 PM/ET on DraftKings YouTube or Twitch streaming channels.

This Friday night, the Madison Radicals and Chicago Union face off for the first time this season at Elmhurst University’s Langhorst Field. The undefeated Union will look to take down their final division rival, while the Radicals will attempt to pull off the upset and extend their two-game win streak.

Through the first four weeks of the season, the Union have been as advertised: talented, efficient, and dominant. No opponent has come remotely close to a win—week in and week out the games have felt mostly over by halftime. Minnesota came the closest in Week 2, losing to the Union 18-23 despite outscoring Chicago in the second half. Other than that, Chicago’s beaten Indy by eight goals twice and demoralized Detroit 30-13 in Week 3. Madison provides the final test of a new opponent, and with a couple notable Radicals joining the Union this past offseason, the stage is set for Chicago to make a statement at home.

2019 All-Stars Pat Shriwise and Peter Graffy, who played a combined 167 games for the Radicals between 2013 and 2019, will be active this week for the first time since Week 2. Shriwise has seamlessly integrated into the Union offense, complementing assist leader Pawel Janas in the backfield while picking his spots to attack open space as a cutter. His play style is as smooth as they come, and he’ll bring a needed steadying presence to the Union O-line as they face the Radicals zone. Graffy has looked like the leader of this D-line since Day 1, and while the blocks haven’t come this year, he’s been invaluable as the counterattacking lead working alongside Kurt Gibson.

It’s also worth noting Union captain and University of Wisconsin grad Ross Barker played his 2017 rookie season with the Radicals, so we have a triple revenge game to look forward to. Barker finally got his first win over his former team last year when Chicago went to Madison and emerged with a 21-18 victory (in large part due to the fact that I was in attendance, and the Radicals are 0-4 at home when that is the case). Shriwise, Graffy, and Barker alone are sure to give Madison headaches all game.

Following a slew of offseason retirements and departures, the rebuilding year has thus far been promising for the Radicals. They enter the weekend with a 3-2 record after back-to-back wins over Detroit and Indianapolis, and currently rank second in points per game, first in defensive efficiency, and third in takeaways per game. Several bright spots have emerged on offense, with Victor Luo leading the backfield and Sterling Knoche finding a new scoring dimension to his game the past few weeks. Luo has 17 assists and over 1,800 yards of total offense on the year, while Knoche is tied with captain Kevin Pettit-Scantling for the team lead in goals, with 15.

Still the heart and soul of this team, Pettit-Scantling currently ranks second in the league in plus/minus, with +26, and is the lone AUDL player to have reached double-digit blocks this season (11). He’s notched at least two scores in every game and leads the team in points played; whether he’s out there on offense or defense, his impact will be felt throughout the game. KPS is a warrior determined to keep this team in the playoff race, and he’ll need to rally the troops in their toughest test of the season.

Defense will tell the story of tonight’s game—if the Radicals can get the Union offense out of rhythm early, they could keep the game close for all four quarters. On the flip side, Chicago’s D-line offense has looked stellar through four games, and with Graffy and Gibson back at the helm, they should find plenty of success scoring off turnovers.