We’re still writing 2019 on checks by mistake. Many teams haven’t completed their tryout processes yet. The opening pull of the 2020 season won’t be released for three more months.

But this league never sleeps. Coaches and owners have been negotiating with players since the 2019 season came to a close. Veterans and aspiring rookies have recommitted to their training regimens over the cold winter months dreaming of summer glory.

It’s time to read the tea leaves, offseason press releases and record books to divine which teams and players will make waves in 2020. 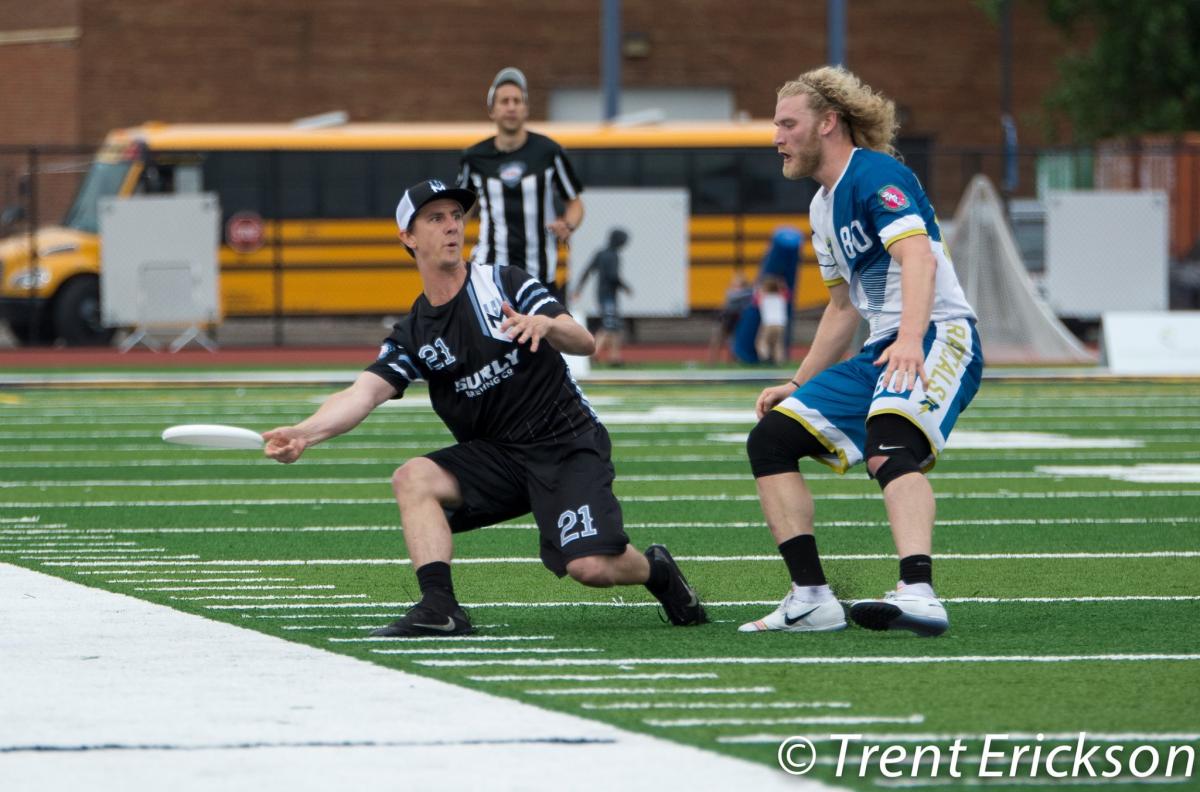 The stars are aligning for the Minnesota Wind Chill, not only to return to the playoffs, but also to contend for its first division title in franchise history.

Consider how their divisional rivals have fared over the last few months.

So while the competition has bled talent, Minnesota has bolstered its own. In addition to signing Rehder, the Wind Chill inked Mark Lloyd, as well. Though Lloyd’s commitment level remains to be seen, both downfield playmakers will bring size and playoff experience to the group, as Lloyd and Rehder have 12 games of combined playoff experience (including three championship game appearances). Owner Ben Feldman expects more veteran talent from around the state to return to his 2020 roster once the tryout process concludes, as well.

The Wind Chill O-line is in strong shape, with key playmakers Klane, Canadian Cam Burden and young phenom Quinn Snider returning to a unit that ranked eighth in the league in offensive efficiency last season. Minnesota’s D-line averaged more blocks than all but two teams last season (thanks in large part to 2019 league leader Jimmy Kittlesen), too. If the Wind Chill can strengthen their D-line offense with new pieces and better decision making, the first championship weekend appearance in franchise history could be in their sights. The DC Breeze have qualified for the playoffs five times in its seven seasons in the league—including each season in the last four years—but the Breeze have yet to earn a Championship Weekend berth. The league’s realignment initiative slotted DC into the newly-formed Atlantic Division—away from the Toronto Rush and New York Empire, the two franchises that have ended every Breeze playoff run.

Here’s how the Breeze have fared against their new divisional opponents:

To be sure, DC’s path to a division title or playoff berth isn’t guaranteed. 2019 All-Star Game MVP Max Sheppard should ensure that a resurgent Thunderbirds squad will contend in the Atlantic, and the Raleigh Flyers franchise knows how to excel in the regular season. But Pittsburgh has never qualified for Championship Weekend, and Raleigh has struggled mightily to make it back ever since the Flyers’ inaugural season in 2015.

Realignment has presented as strong an opportunity as ever for the battle-tested Breeze franchise to take a major step forward in 2020. The 2019 numbers show that this team’s core can earn blocks (eighth-most per game) and take care of the disc (second-highest completion percentage in the league). Like Minnesota, DC’s most pressing challenge will lie in juicing up its defensive efficiency and D-line offense decision making.

Still, the Breeze possess a special combination of smart coaching, rising young talent, and proven veterans. Head Coach Darryl Stanley knows how to squeeze the most out of his roster and its depth, which still boasts important pieces like 2019 All-AUDL First Teamer Rowan McDonnell, 19-year-old standout AJ Merriman and steady handler Zach Norrbom. The franchise that gave the reigning champion Empire its greatest scare of 2019 is in prime position to challenge for the top spot in its new division.

Boston Glory GM Mat Little has confirmed player commitments from Tannor Johnson, Henry Babcock, and Tyler Chan. All three players have been invited to tryout for USA Ultimate’s 2020 World Ultimate & Guts Championship squads, so the Glory are well on their way to constructing a high quality core.

Despite the fact that his UMass ZooDisc squad failed to qualify for the national championships last season, Johnson still earned first team All-American honors from Ultiworld. And who can forget that time he registered fifteen points in a pro ultimate match?

Standing at 6-foot-4, Johnson has the potential to emulate Henry Fisher’s rookie campaign with the Raleigh Flyers. (Despite suiting up for just nine games in 2019, the 6-foot-6 Fisher still finished ninth in league scoring with 43 goals, just shy of five goals per game.)

The UMass product’s size and disc-reading ability should be major downfield assets for Boston, no matter who’s sending the disc his way. And if his 2019 college highlights are any indication, he can distribute and huck just as well as or better than any other downfield “big” in the country right now. 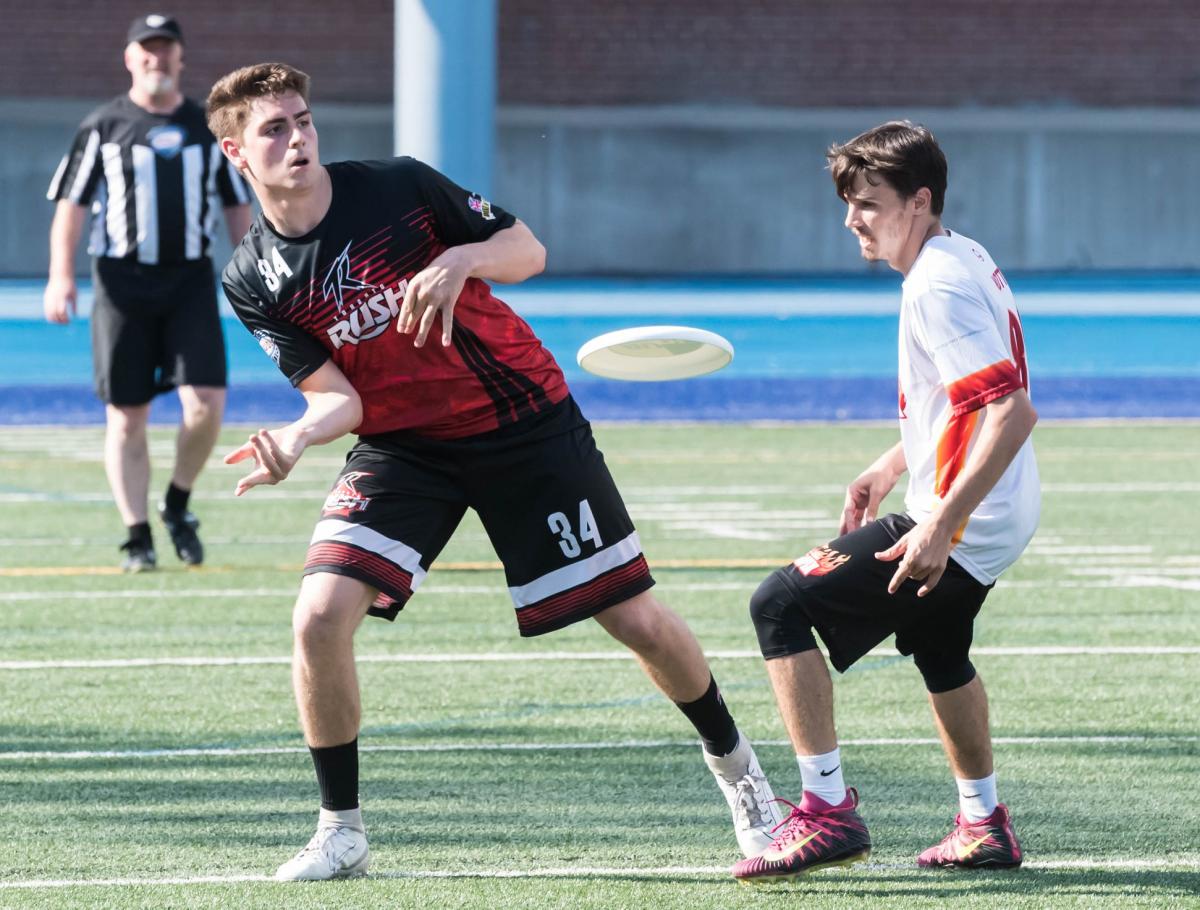 There’s a younger Toronto standout the league should expect to see more often.

Phil Turner finished his sophomore season with 20 blocks, good for eighth on the league leaderboard and best on the Rush. He sharpened his defensive skill set, taking tougher downfield assignments and earning more defensive points (172) than all Rush players except Jacky Hau and Masek-Kelly in 2019. Turner’s third quarter foot block against DC’s Jeff Wodatch catalyzed Toronto’s comeback in the first round of the 2019 East Division Playoffs; he did the same thing the following day to league MVP Ben Jagt.

Turner enters the 2020 season averaging more than one block per game (1.33) through 16 regular season and two playoff games. The Rush will need him to maintain and even exceed that pace to best division rivals like the Empire, a team stacked with dynamic downfield threats that’s robbed Toronto of Championship Weekend appearances the last two seasons, and the newly formed Boston Glory, hailing from an ultimate community sporting a healthy competitive history against the Toronto area in the club scene.

Turner can take his game to the next level after he or his teammates earn blocks. He finished 2019 with an 89 percent completion rate, 94 percent catching percentage and didn’t find the score sheet in either of the Rush’s two playoff games. He has the tools to bump those rates into the mid-to-high-90s, and if he does, he’ll be giving opposing offensive coordinators a whole new batch of headaches. 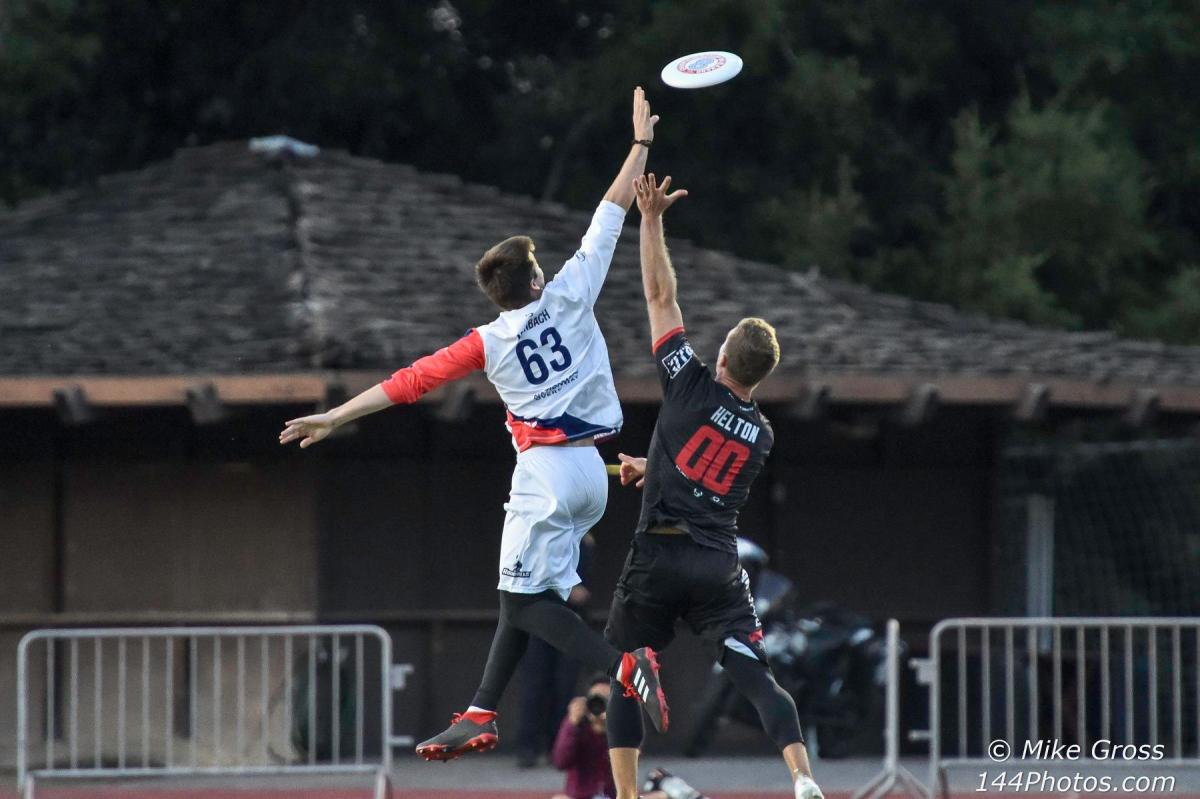 Zach Marbach is a rising third-year contributor on a championship-caliber franchise better known for its big name headliners, like Abe Coffin, Jay Froude, Dalton Smith, and the returning Gibson.

Marbach averages nearly a block per game with 25 blocks through 26 career outings. Despite those blocks, his impact doesn’t always show up on the stat sheet. He’ll play stellar man-to-man and helping defense that leads to holstered throws and defensive “coverage sacks.” Though he stands just below six feet tall, he has the strength, frame and field awareness to disrupt taller cutters.

The league first took notice of “Maverick” during the Roughnecks’ 2018 Championship Weekend appearance in his rookie season. Stepping up as multiple Dallas big men went down with injuries in Madison, he finished that weekend with two blocks, two assists, one score, and no turnovers through 29 points.

Marbach’s 2019 campaign was quieter, with fewer regular season reps and no blocks at Championship Weekend, where he had to battle through a hamstring injury of his own. Like Turner’s case, Marbach’s 89.9 percent regular season completion percentage suggests that he stands to benefit from slightly better decision making.

But the Roughnecks leadership continues trusting Marbach to guard the competition’s most lethal threats. With or without the disc, he’ll have a special opportunity to wreak havoc on the reformed West Division in 2020.