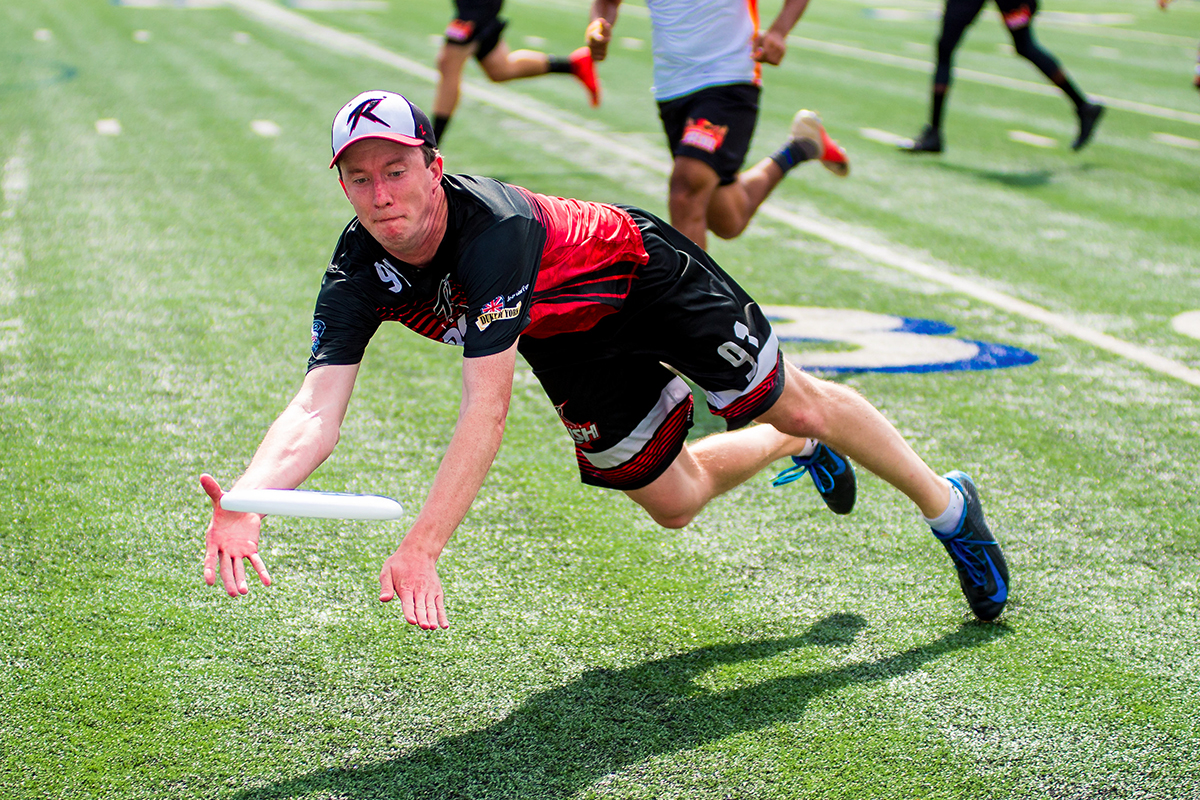 Week 6 of the 2019 season produced some of the tightest games of the year, with upsets and near-upsets alike. The following three players were instrumental in their teams’ victories in this week’s AUDL Retro slate. 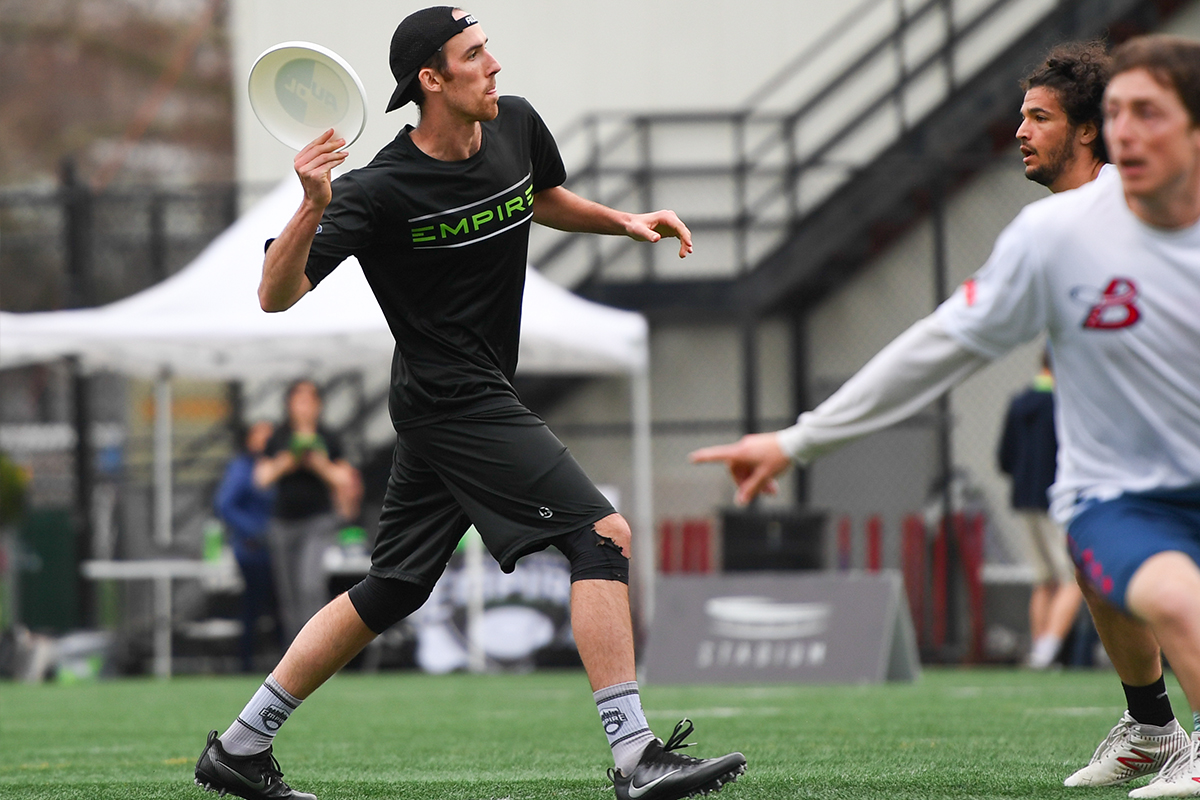 The New York Empire’s May 11 game against the DC Breeze launched Ben Jagt’s MVP campaign into legitimacy in 2019. Jagt exploded for nine assists, eight goals, and a +15 plus/minus on 37 points played; the 17 total scores were the most by any player in a single game in 2019. While he was dominant throughout the season, Week 6 was different — Jagt imposed his will on his matchups every chance he got. He was playing on another level, skying opposing defenders effortlessly while accumulating massive yardage totals on both the receiving and throwing end. Jagt was consistently able to break free on deep cuts, and he used a full throwing arsenal to aggressively attack the end zone all game, including several impressive hammers and scoobers. Scoring or assisting on over 65 percent of Empire scores, he led the team to a nail-biting 26-25 double-overtime win to preserve the perfect season.

Earning MVP honors, Jagt finished the regular season with 108 total scores, the highest-scoring MVP season to date. He has established himself as one of the most dangerous scoring threats in the league, with exactly 200 scores over the past two regular seasons. 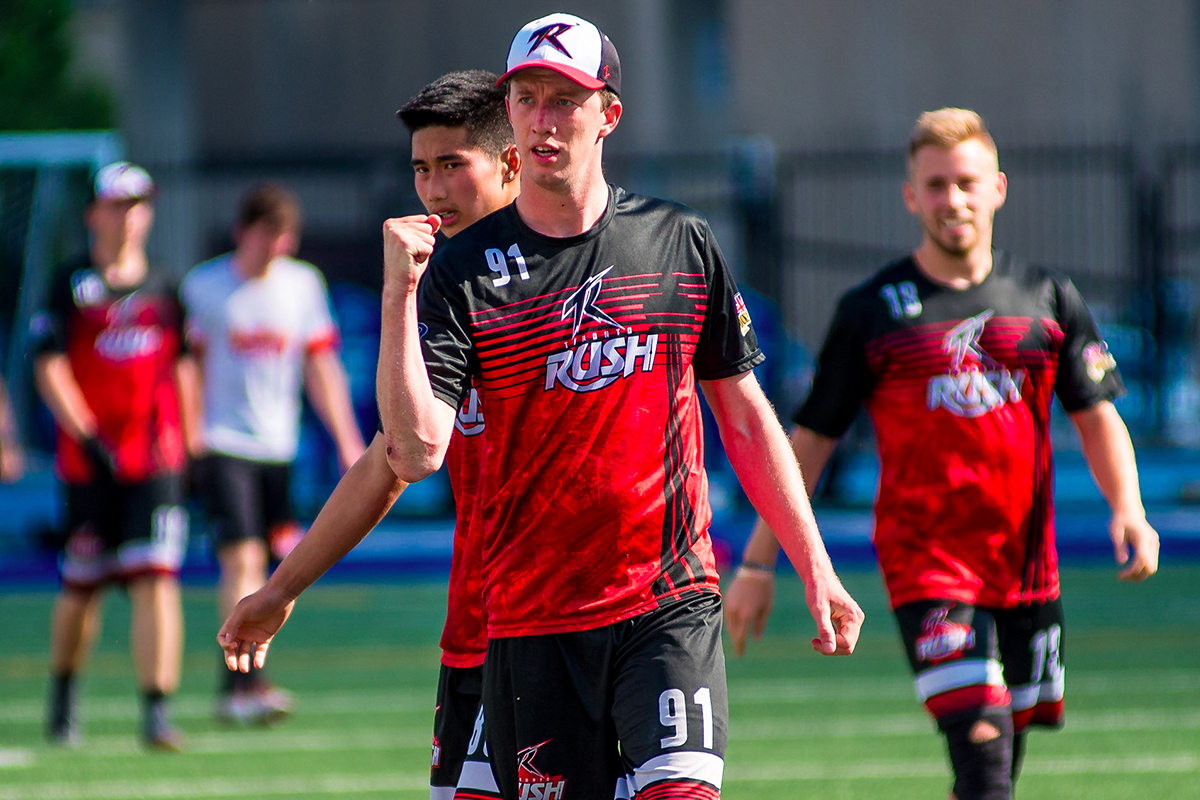 There is nothing Cam Harris can’t do on an ultimate field. His Week 6 game against the Ottawa Outlaws featured a flawless throwing performance and big plays in the clutch. With his veteran field awareness and powerful flick hucks, Harris carved up the Ottawa defense with consistent cuts followed by strong, confident throws. He was a steady presence for the Toronto O-line, working with seamless chemistry with the rest of the line on 24 O-points. Harris finished with five assists and three goals while completing a perfect 22 of 22 throws on the day. With his vast offensive skill set, Harris can contribute from anywhere on the field at any moment, including the moments when his team needs him most.

It’s hard to think of a more fitting ending to the Week 6 Ontario battle, as the Rush depended on their best player to avoid the early upset. With time expiring in a 24-24 game, Akifumi Muraoka puts up a floating flick to the back of the end zone, and Harris boxes out his defender to make the catch for the game-winning goal. It was his second goal in the final four minutes of the game. A true Rush legend, Harris stands as the only player in AUDL history with at least 300 assists, 250 goals, and 100 blocks. 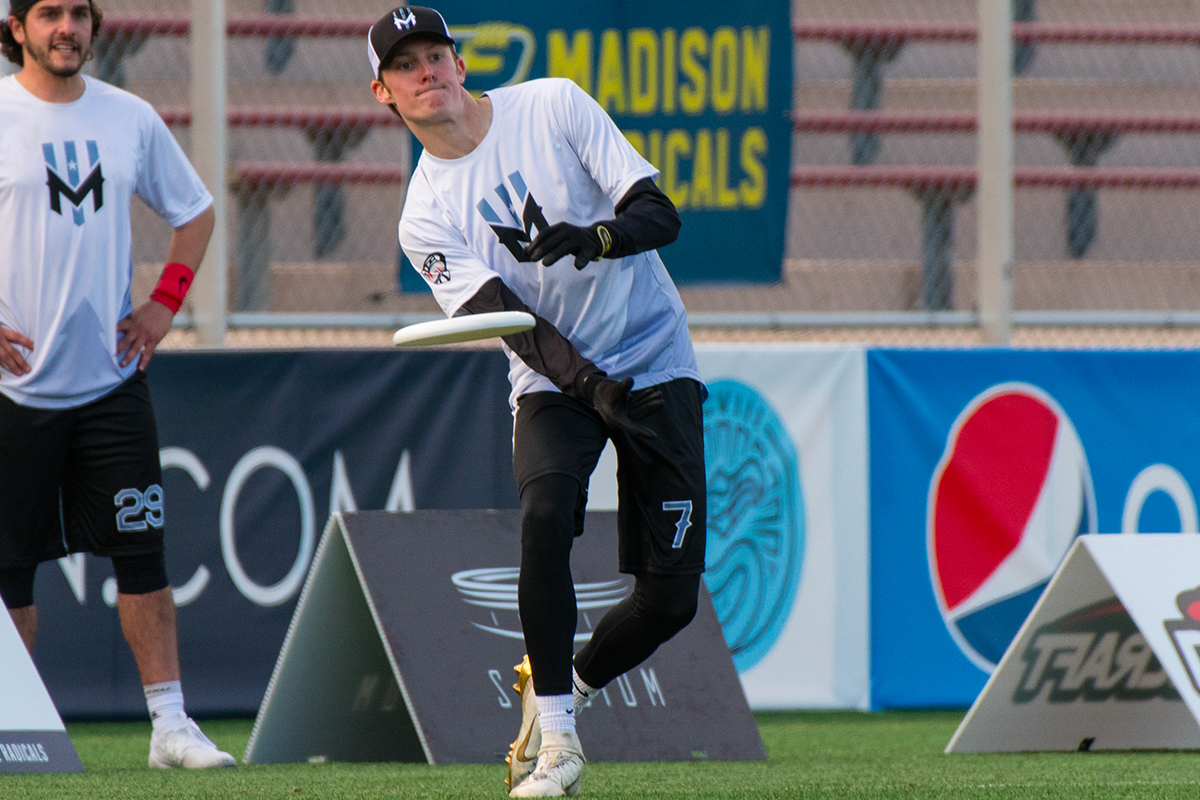 In Week 6 of 2019, Josh Poterack put the league on notice. The Minnesota Wind Chill traveled to Madison to take on the Radicals, looking for their first ever win at Breese Stevens Field. In a back and forth game, momentum proved key in the final minutes of the fourth quarter. With just over six minutes to go in the game and the Radicals down by two, Kevin Brown launches a powerful flick huck to the end zone. Slightly trailing his defender, Poterack keeps pace with the deep cut and rises up from behind the receiver, reaching over outstretched arms to make a season-defining block. But the Wind Chill rookie, who had been signed to the team just 12 days earlier, wasn’t done. With under two minutes to go, he makes yet another impact block, fully laying out to beat his man to the disc on an in-cut. The blocks would take valuable minutes off the clock, putting a halt to any attempt at a Radicals comeback.

While he only played 12 points on the day, Poterack made the most of them, finishing with two huge blocks and completing all three of his throws on offense. The Wind Chill would of course go on to win, as Madison was defeated at home for the first time since 2013. The game marked a turning point in the Radicals season; they would go on to lose two more games at home and miss the playoffs for the first time in franchise history.