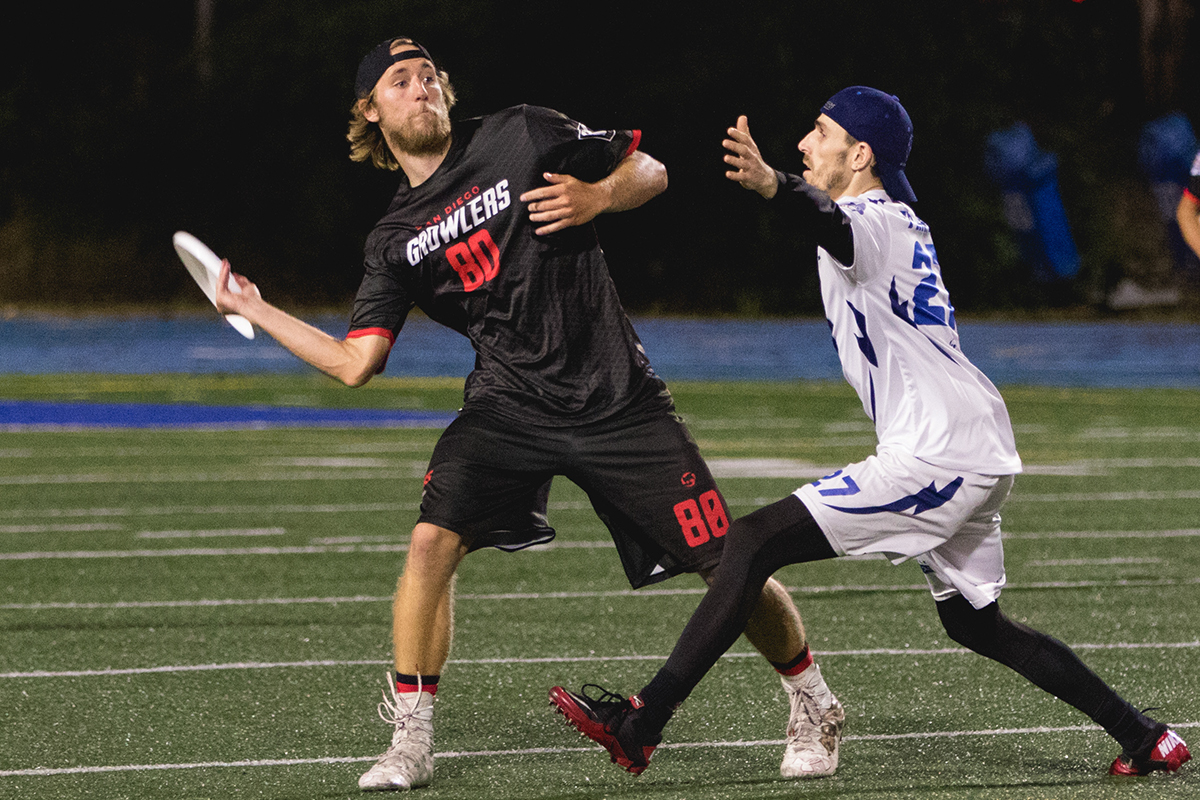 All three games of AUDL Retro Week 4 were decided by two goals or fewer; the tight games led to several critical performances in the clutch. The following three impact players delivered when their teams needed them the most. 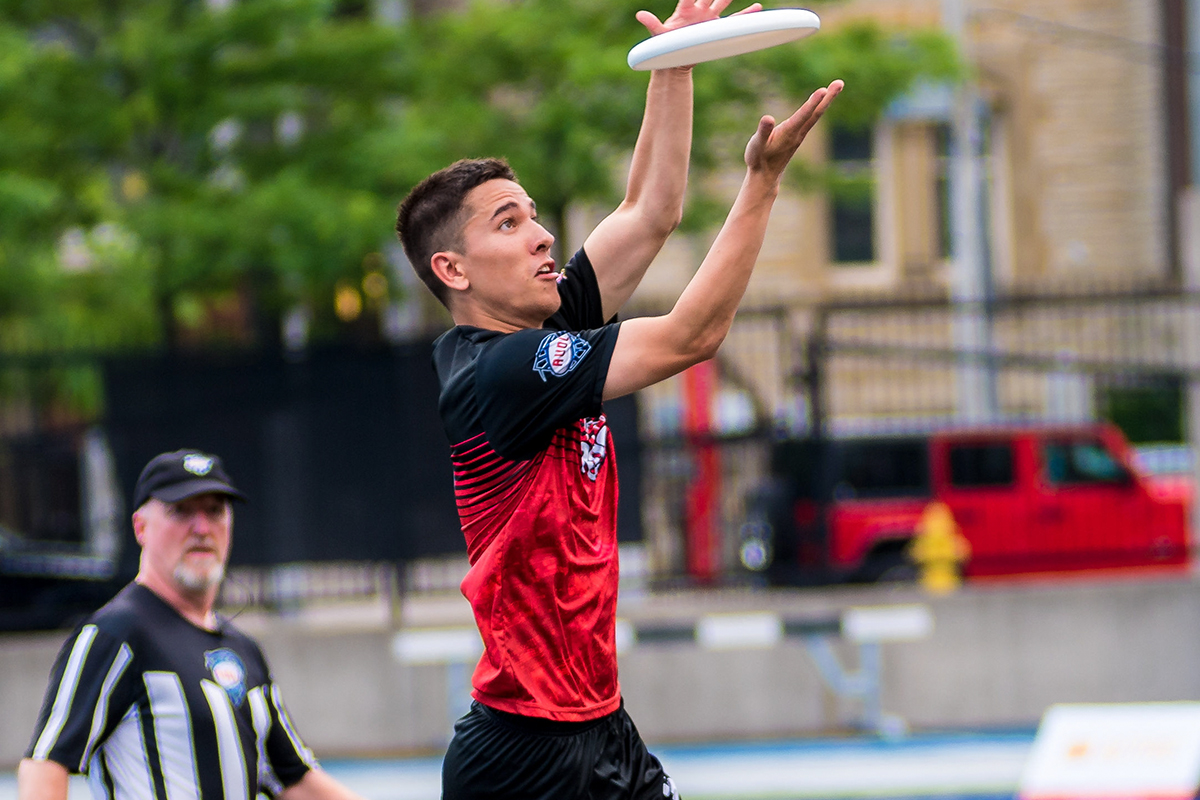 Following a solid 2015 rookie campaign, Nathan Hirst’s first game of 2016 set the tone for the rest of the season as the Toronto Rush traveled to DC to take on the Breeze in Week 4. Hirst was heavily involved throughout the game, slashing through the DC defense with quick, well-timed cuts. Playing a season-high 26 points, he finished with two assists, five goals, and completed a perfect 23 of 23 throws. The five goals topped any individual game of his rookie season, while the +7 plus/minus also marked a career-high. As a cutter, Hirst did a little bit of everything; he was a go-to underneath option but picked his spots to stretch the field on deep continuation looks. He also excelled in the red zone, showing off his quickness and ability to work in small spaces.

This game cemented Hirst as a focal point of the Rush O-line. His highlight came in double-overtime, when he broke free from the front of the stack for the game-winning goal. 2016 stands as his most involved season; he finished the regular season with 275 touches (22.9 per game), fourth most on the team. 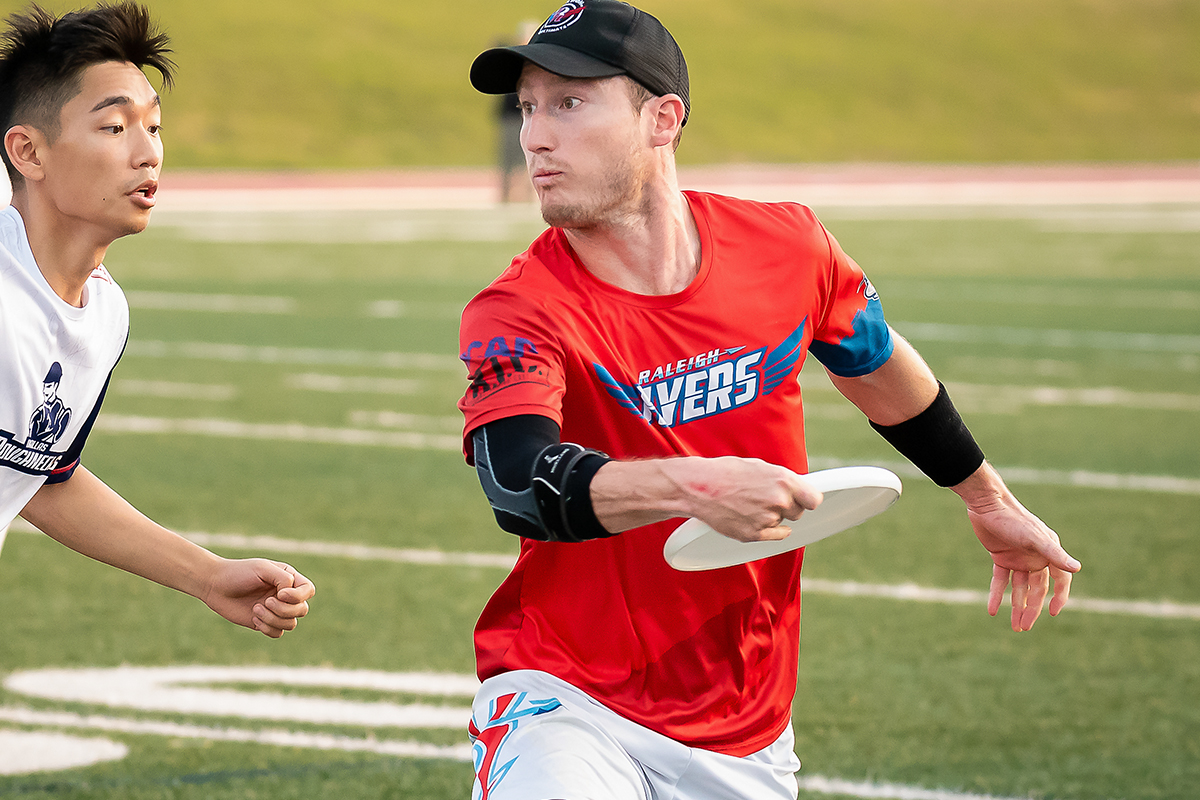 A consistent presence in the Raleigh Flyers backfield, Noah Saul played a key role in the Flyers’ 2017 Week 4 comeback win over the DC Breeze. Handling alongside future MVP Jonathan Nethercutt and David Snoke, Saul completed a season-high 49 throws at a 94.2 percent clip. He was on the field for 31 points, as he picked apart the DC defense with smart throws and timely handler cuts. Most importantly, Saul performed when the team needed it most. Entering the fourth quarter down 17-13, Saul contributed an assist, two goals, and a block in the 12-minute period; in the previous three quarters combined, Saul had two assists and one goal. He was calm, cool, and collected, taking his time to work the disc down the field while picking his spots to shoot deep.

Saul found the end zone in 2017 more than any other season, finishing with 21 goals in 11 appearances. While Nethercutt was a well-deserving MVP, Saul thrived in a complementary role, providing necessary balance to an aggressive offense. 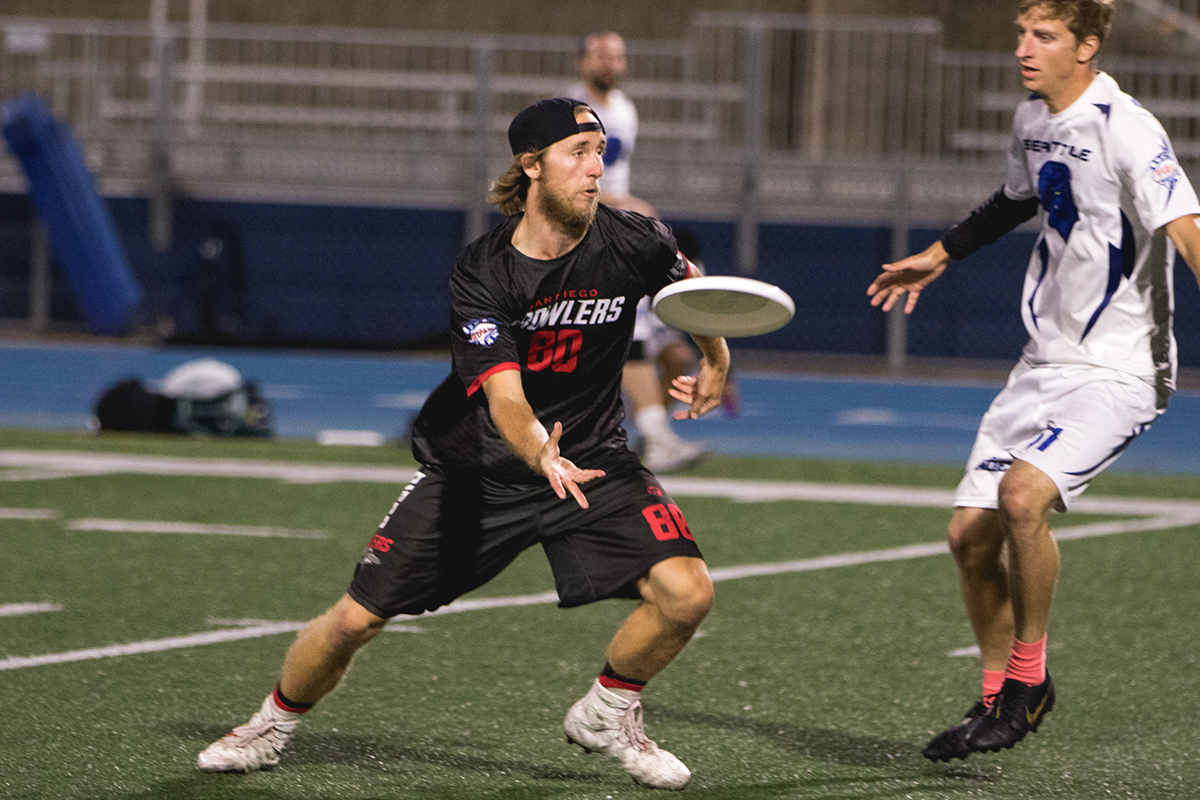 In Week 4 against the Seattle Cascades last year, Travis Dunn had one of his best all-around games of the season. The San Diego Growlers offense runs through Dunn, and this game was no different; the hybrid cutter touched the disc 32 times, tied for second most on the team. Doing everything the offense needed, Dunn beat the Cascades with relentless initiation cuts, opportune hucks, and crisp red zone movement. He was seemingly always in the right place at the right time, using his superior field awareness to keep the offense in rhythm throughout the game. His instincts shined on defense as well, knowing exactly where and when to provide help defense to slow the Cascades offense. On 24 points played, Dunn finished with five assists, three goals, and two blocks, including three assists to teammate and fellow 2019 All-Star Jonathan “Goose” Helton.

On the final Growlers possession of the game, Dunn skied over defender Khalif El-Salaam to reel in a floaty high-release backhand just outside the endzone. One throw later, and the Dunn assist gave the Growlers a two-goal lead, effectively icing the game with under 10 seconds remaining. Dunn would later be recognized as one of five MVP finalists for 2019, as he led the Growlers to their first ever Championship Weekend appearance.