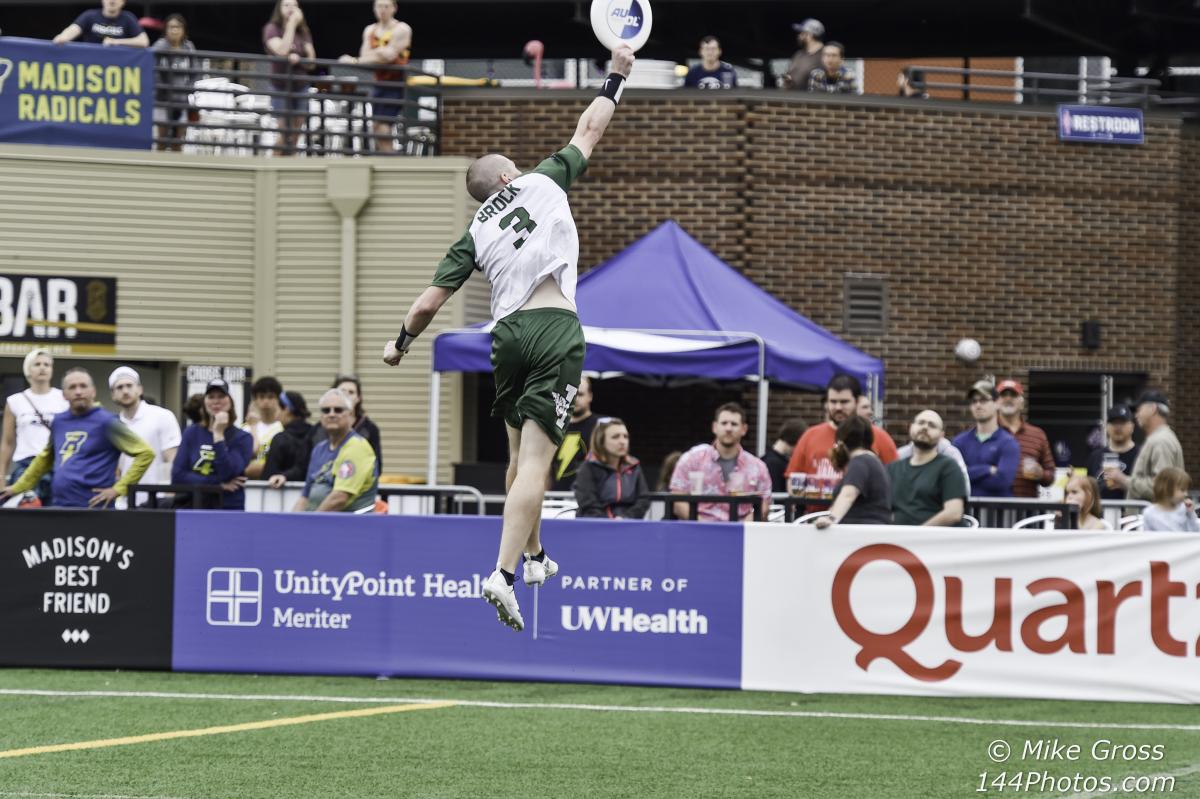 After eight seasons with the Indianapolis AlleyCats, AUDL goal scoring leader Cameron Brock announced his retirement from professional ultimate. Brock ends his career as the most prolific offensive player in league history, ranking first all-time in goals (504), 10th in assists (230), first in scores (734), first in games played (120), and first in points played (2523).

Brock announced his retriement via the AlleyCats Facebook page.  Despite a rigorous workout regimen in lieu of the postponed 2020 AUDL season, Brock feels that his best impact on the sport is no longer on the field as a player, but as a coach and organizer off of it with local youth players.

"My biggest strength [...] is my ability to connect with kids," Brock said in the video. "The time it takes to be a good teammate, to be a good ultimate player, to be a good competitor... I don't have time to invest in the youth here in Indianapolis as much as I would like to."

"I'm officially stepping away from the AUDL as a player, moving towards something that, I think, makes a bigger impact," Brock said. 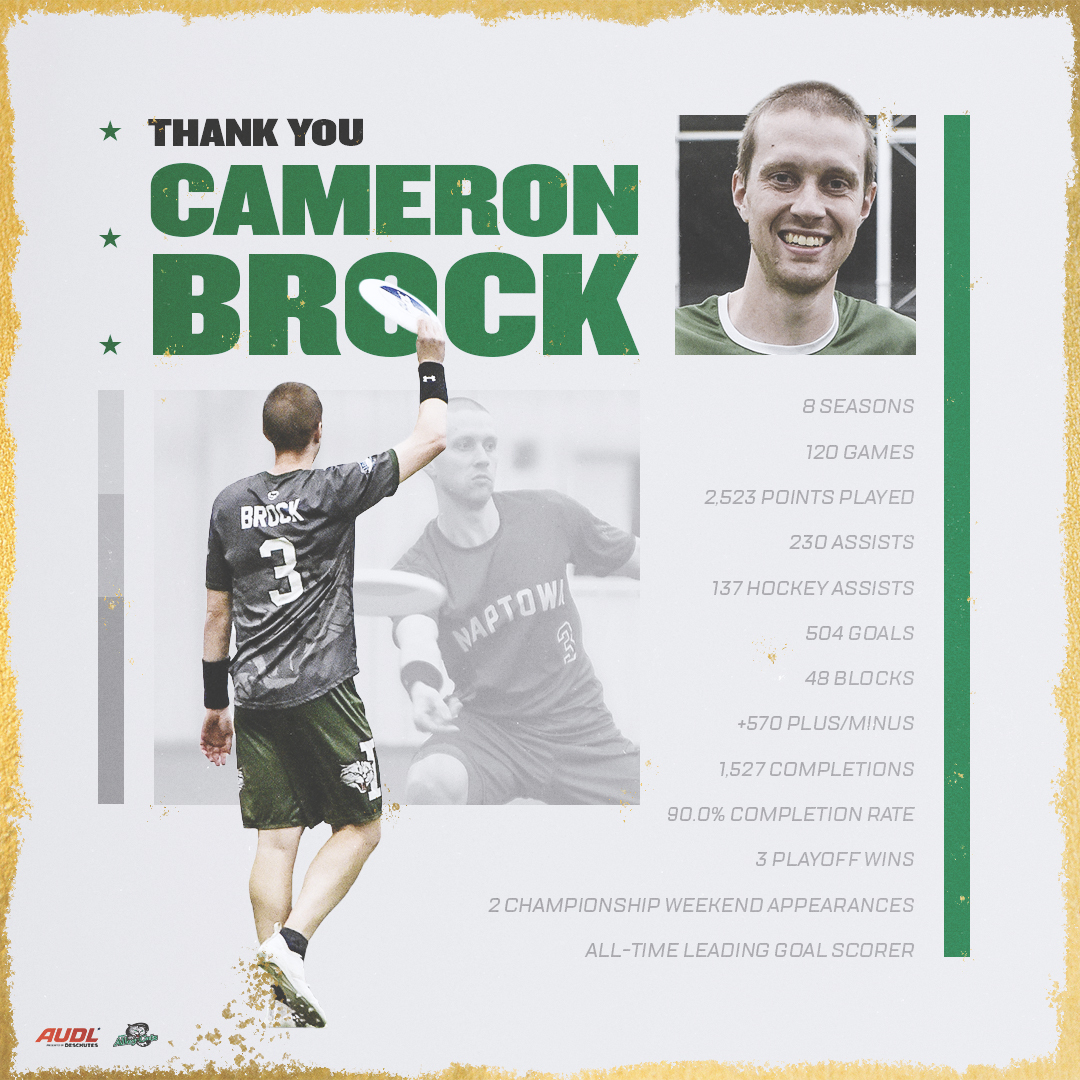