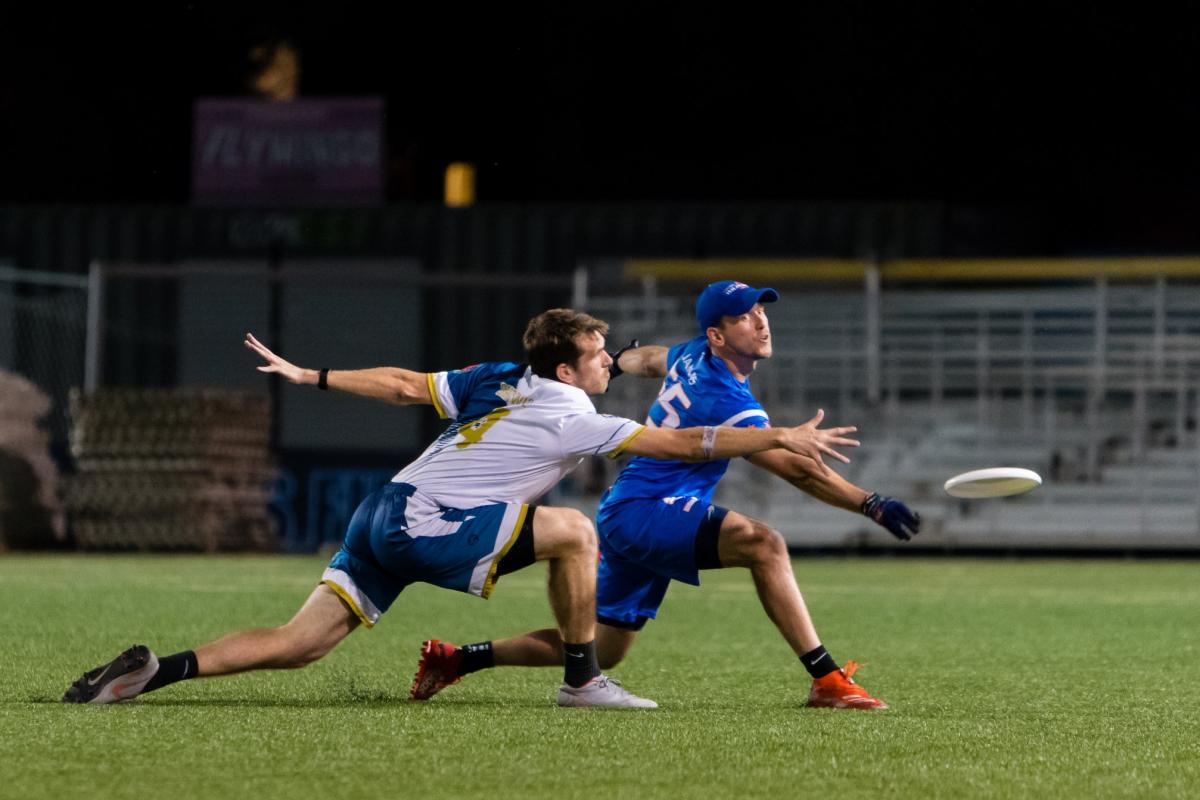 Deep in the heart of the AUDL offseason, and with the NFL season in full swing, it's time to talk passers, distributors, and dime tossers. Both leagues are stuffed with top throwing talent that showcases a variety of styles, and each league is better for them. These comparisons are meant to be loose sketches, and more closely associated with each player's throwing attributes, and not necessarily their history or pedigree. 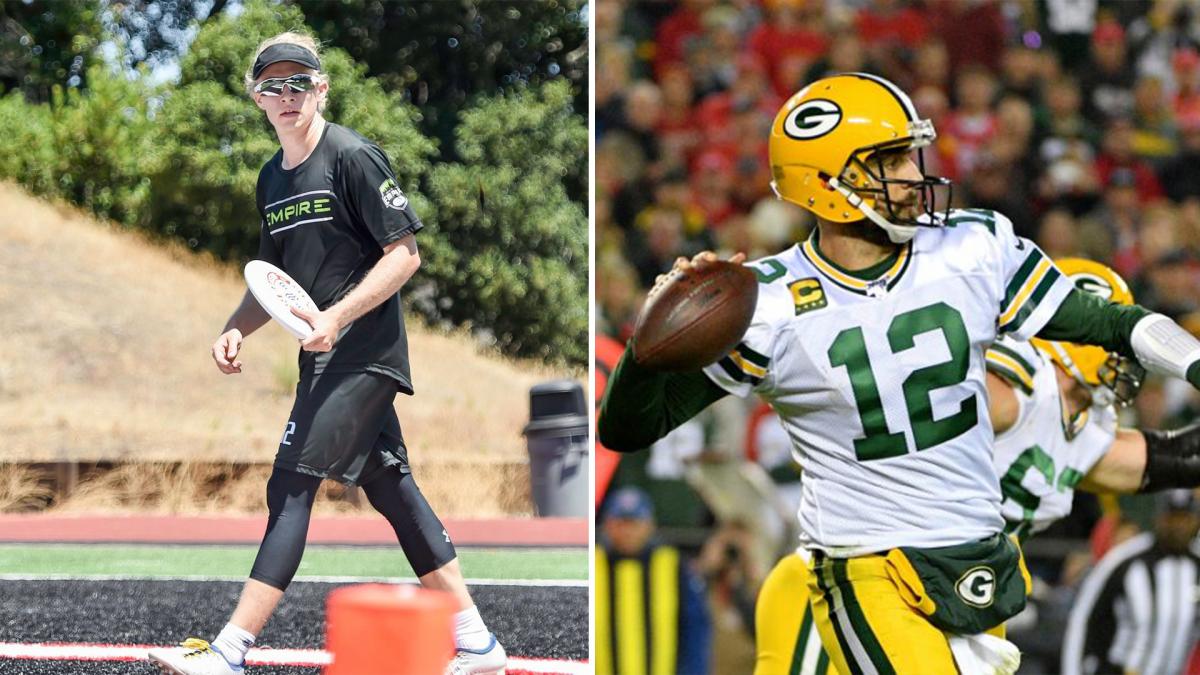 As a pure thrower, there's nobody quite like Harper Garvey. From the moment he stepped onto the AUDL field in 2017, he showcased an overwhelming combination of skill and audacity with the disc, lacing hucks to receivers in stride and uncorking gigantic hammers into tight coverage with confidence.

Like Rodgers, Garvey regularly makes throws that escape a proper peer or comparison; it's one thing to think you can throw a no-hesitation, 70-yard moonball, and another thing entirely to do it flawlessly in a game. Twice. And like Rodgers, Garvey has slowly refined his passing while limiting mistakes through his years as a pro, upping his completion rate from 89.80 percent as a rookie to 95.40 percent in 2019. 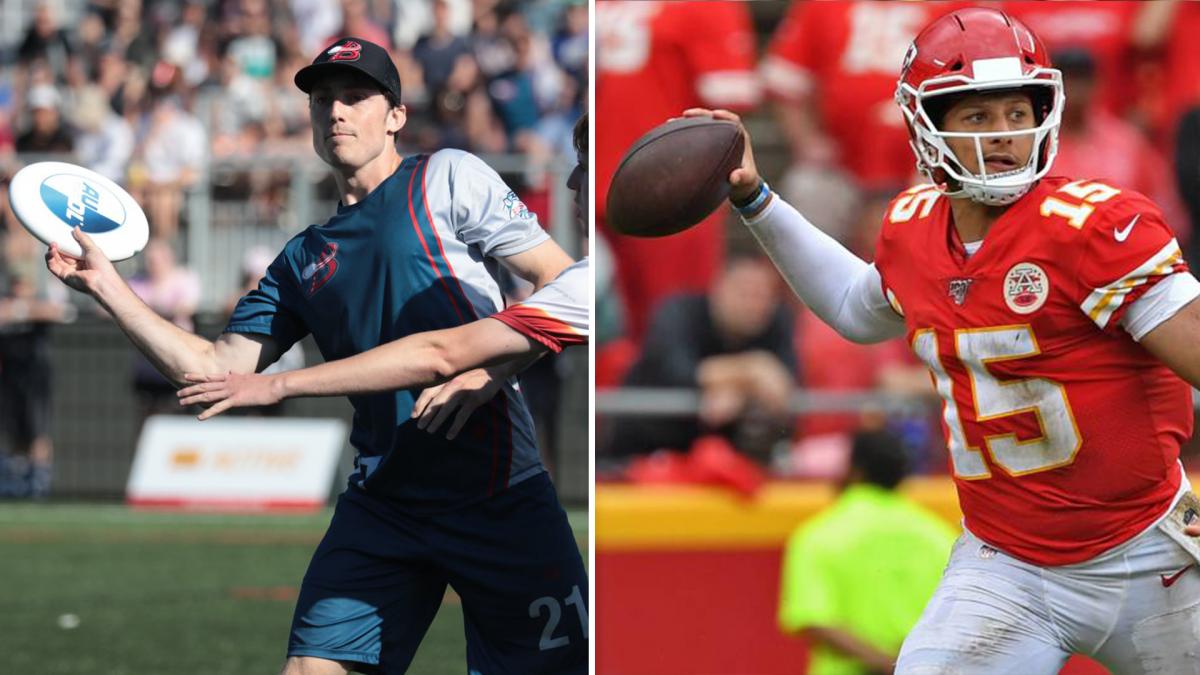 MVP awards aside, what really links Rowan McDonnell and Mahomes is their ability to make unconventional throws look not only effective, but smart and artistic. You know that scoober you've been workshopping with your friends while tossing, that your coach would bench you for unleashing during a game? That's not just a saucy throw, that's a tool near the endzone. And by constantly tweaking and varying his throwing release angles, combined with his mobility, Rowan has essentially become kryptonite for double teams and defenses in the redzone. Greatness isn't only communicated in stats and winning, but in its ability to redefine what we consider possible.

But the true worth of their talent lies in weaponizing almost any teammate with their set of skills. Rowan can turn a standstill Breeze receiver into a feeder for his give-and-go looks, just as easily as he can launch the deep ball and make defenders cower. 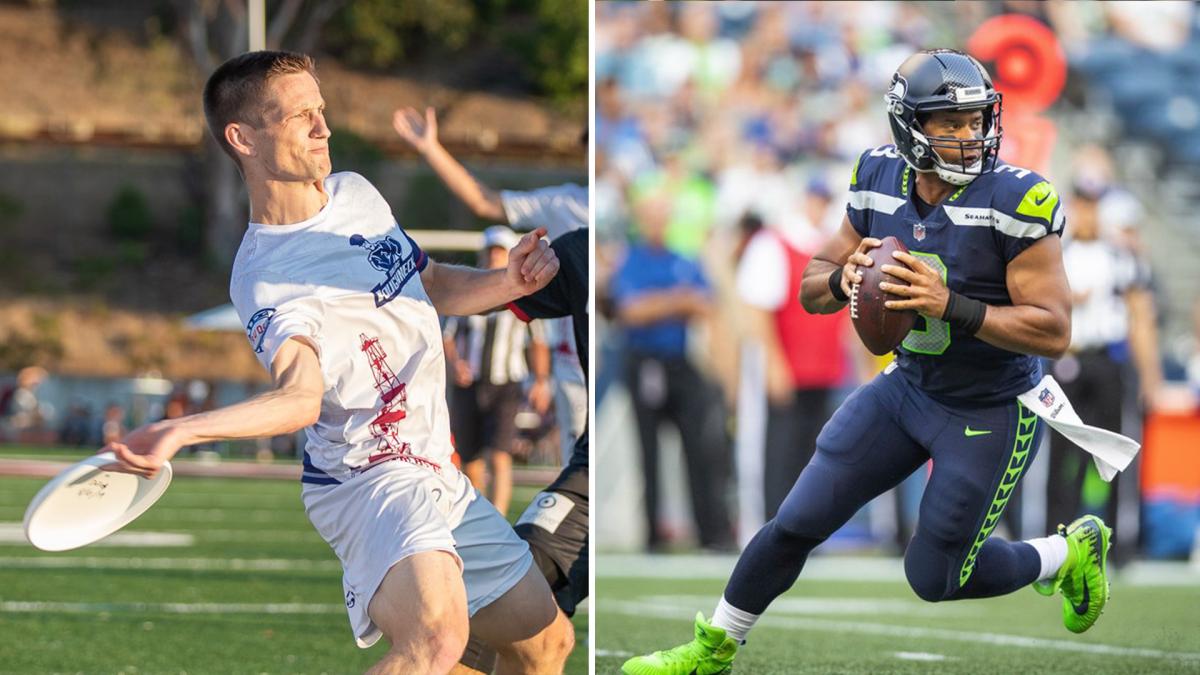 In leagues where size can matter, skeptics are quick to use height as some kind of barometer for potential impact. Similar to Wilson, Abe Coffin is a clear refutation of that kind of thinking, as his quickness and field IQ allow him the freedom to get the disc virtually anywhere, anytime he wants.

What is often misunderstood about these two is just how damn good they are as pure throwers, particularly when they are mobile, and particularly in big games and moments. Coffin put on a clinic in the 2019 South Division Championship Game, shredding one of the best defenses in the AUDL with the ease of his smile. 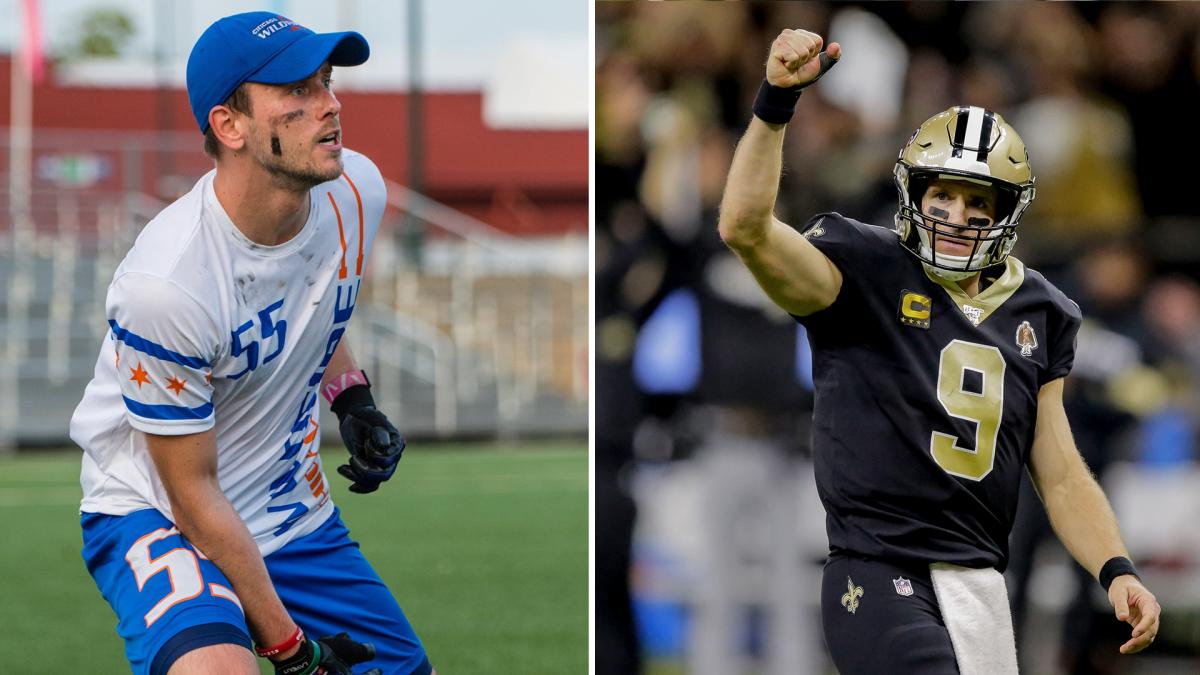 Pawel Janas is on a historic run since entering the league three seasons ago, leading the AUDL in sheer passing volume while showcasing pinpoint precision. Like the NFL's all-time leading passer, Janas maintains a sterling efficiency while undertaking on a giant workload. Before 2017, no player had ever recorded 70 assists and 700+ completions in a single season. Janas has three straight, and has done so while completing a tidy 95.10 percent of his career 2559 throws.

Janas' accuracy with the disc—and seemingly endless stamina in setting up his throws—lends itself naturally to a Brees-like, West Coast offense style attack that spreads touches and keeps the action moving. But make no mistake: When Janas is wanting to exploit the defense deep, he has one of the most powerful hucking games in the sport. 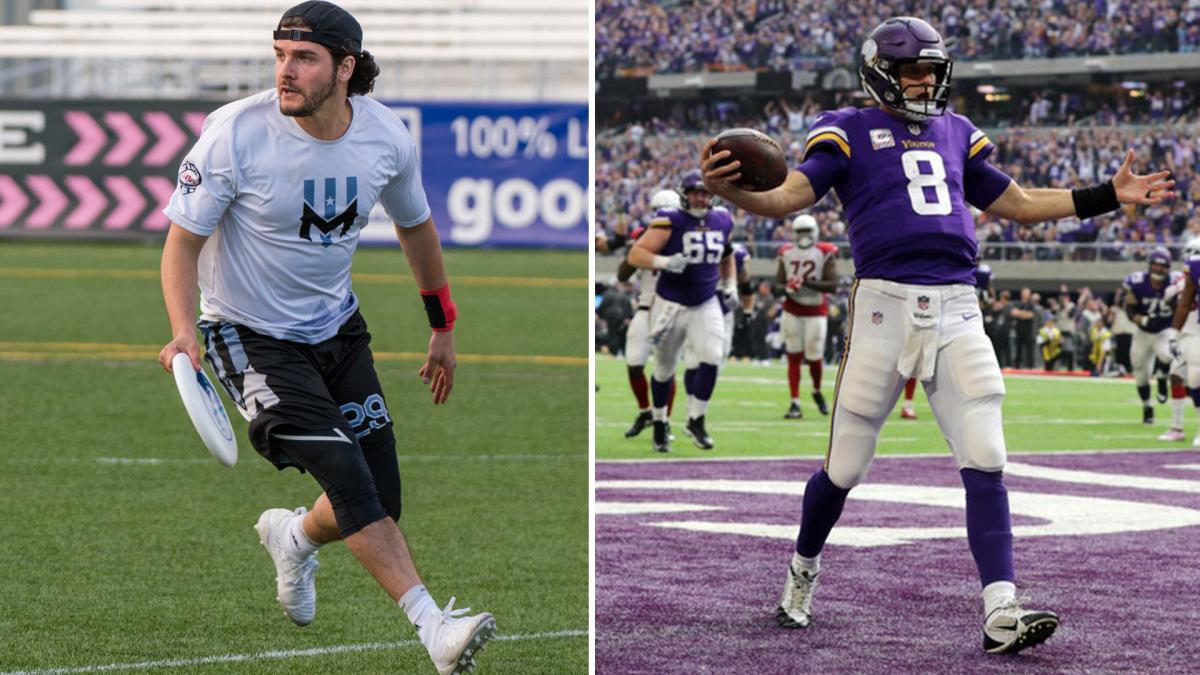 A rhythm passer with a veteran's swagger, Josh Klane loves to air it out deep and often to a plethora of receiving targets. Cousins is leading the NFL in yards per attempt this season, and with the AUDL implementing the yardage stat in 2020, expect Klane and his punishing vertical attack to be among the league's leaders as well.

An underrated part of Klane's game has been his durability and dependability. Cousins hasn't missed a start since 2014, and Klane has missed just one game in the past three seasons for the Wind Chill. Knowing your number one gunner is cleating up each week makes the offense that much better. 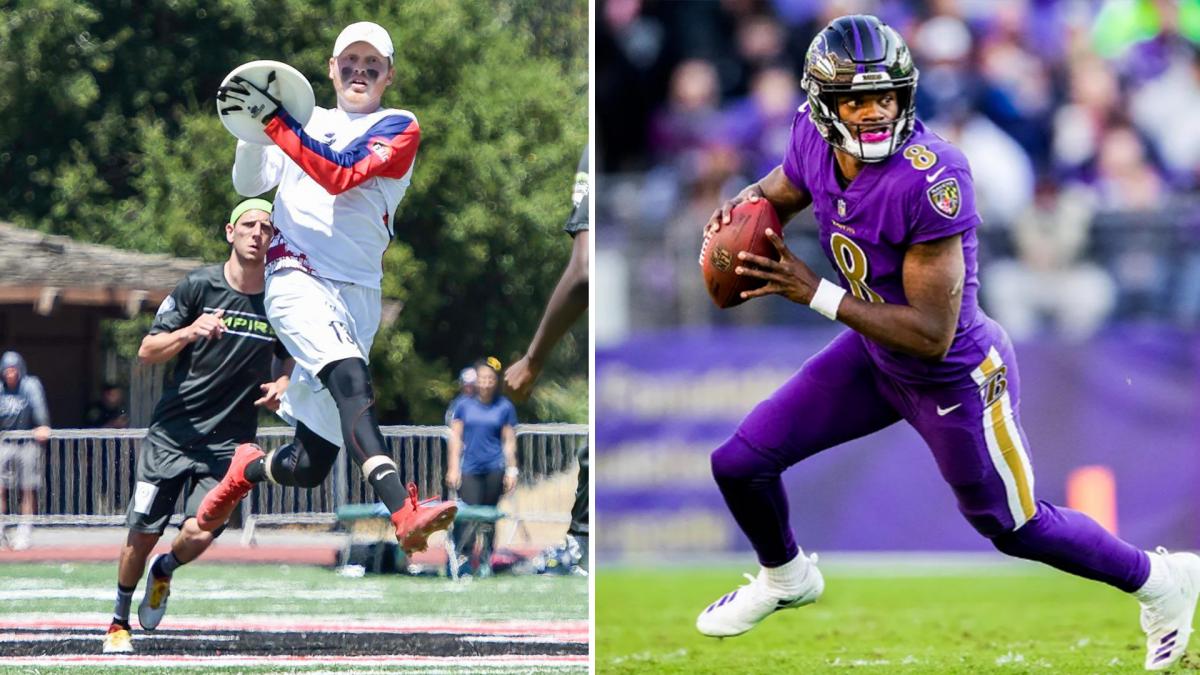 In his four seasons with the Roughnecks, Dalton Smith has done a little bit of everything. Smith's athleticism makes him a valuable utility player, but he's a natural talent around the disc, as was showcased at 2019 AUDL Championship Weekend. While Smith certainly has the arm to throw deep, he found an excellent role balancing Coffin's smooth throws with a diabolical throw-and-go game using his legs that kept opposing defenses on their heels.

The AUDL field is a lot to cover, and many offenses like to try to stretch defenses with big plays. But Smith, like Jackson, is a master at operating in small spaces and inverting defensive coverages with incisive throws and footwork finesse. 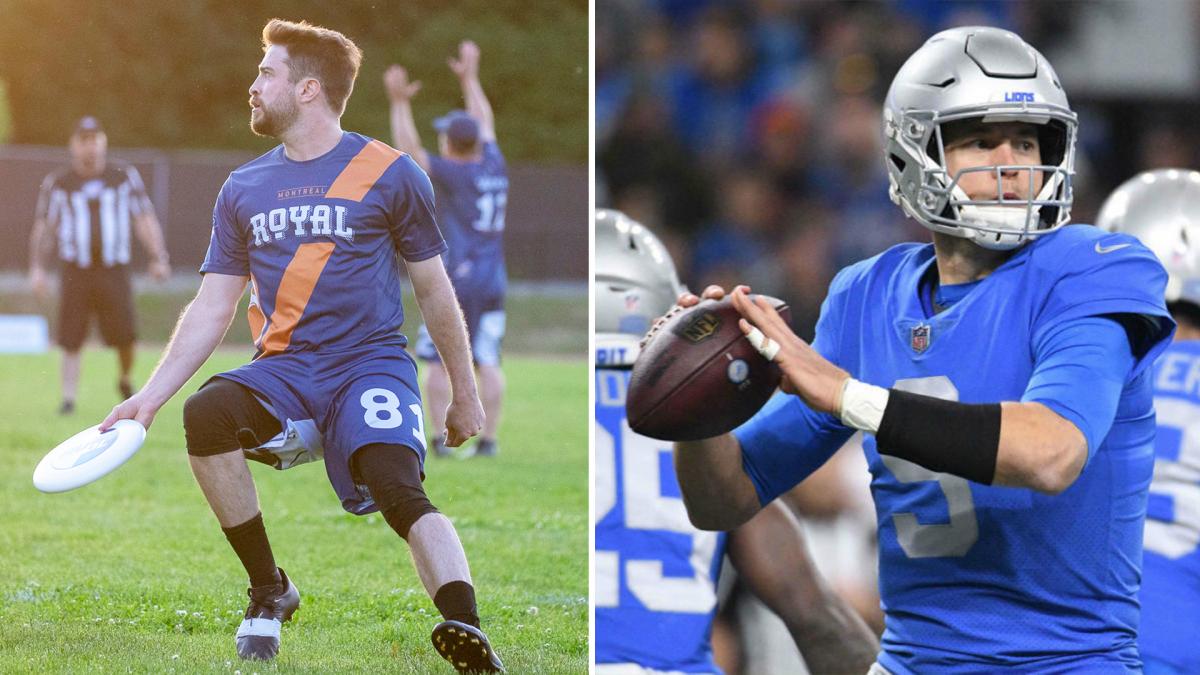 An eight-year AUDL veteran, Kevin Quinlan is a grizzled vet who is number four all-time in assists, and yet still only 26 years of age. And like Stafford, who leads the NFL in deep pass attempts, Quinlan is a throwback gunslinger with big throws and a bigger appetite for making them. When paired with the right receiver—Quentin Bonnaud is to Quinlan what Calvin Johnson was for Stafford—Quinlan quickly becomes one of the league's elite deep passers.

And it's not just the distance, but the velocity, that makes Quinlan so formidable as a thrower. His quick-draw flick shoots straight from his hip, and can be released immediately once he gathers the disc. Quinlan also has a hammer that he can drop in like an artillery round, and has a range with it that may be exceeded only by Garvey. 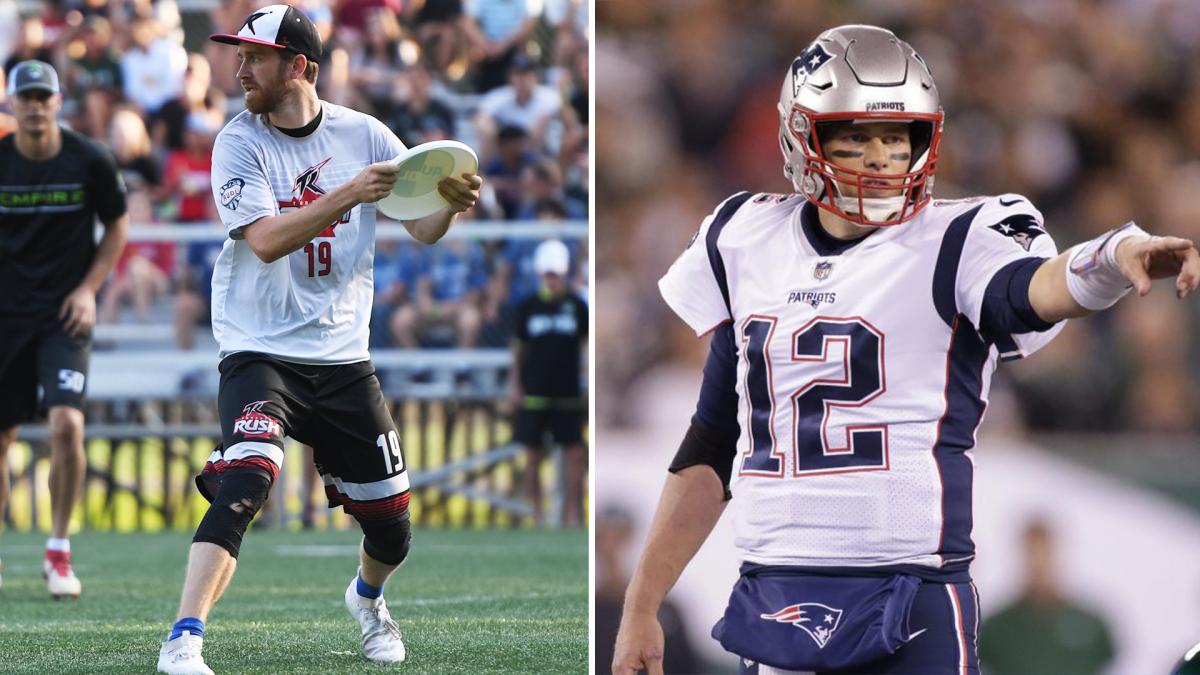 The field general. The game manager. The "knows what it takes to win" veteran. Thomson McKnight has won more games than anyone in the AUDL, and he's done so with an unflinching, robot-like commitment to making the right read almost every single time he has the disc. The league's all-time completions leader prefers substance over flash, but don't be surprised to see him coming up with big throws when the Rush need him most.

A lot of throwers listed here thrive in their offensive systems. McKnight is the system, largely because of his absolute dependabilty in initiating the offensive flow. Entire receiving cores can come and go, but McKnight is still going to be distributing the rock with grace. 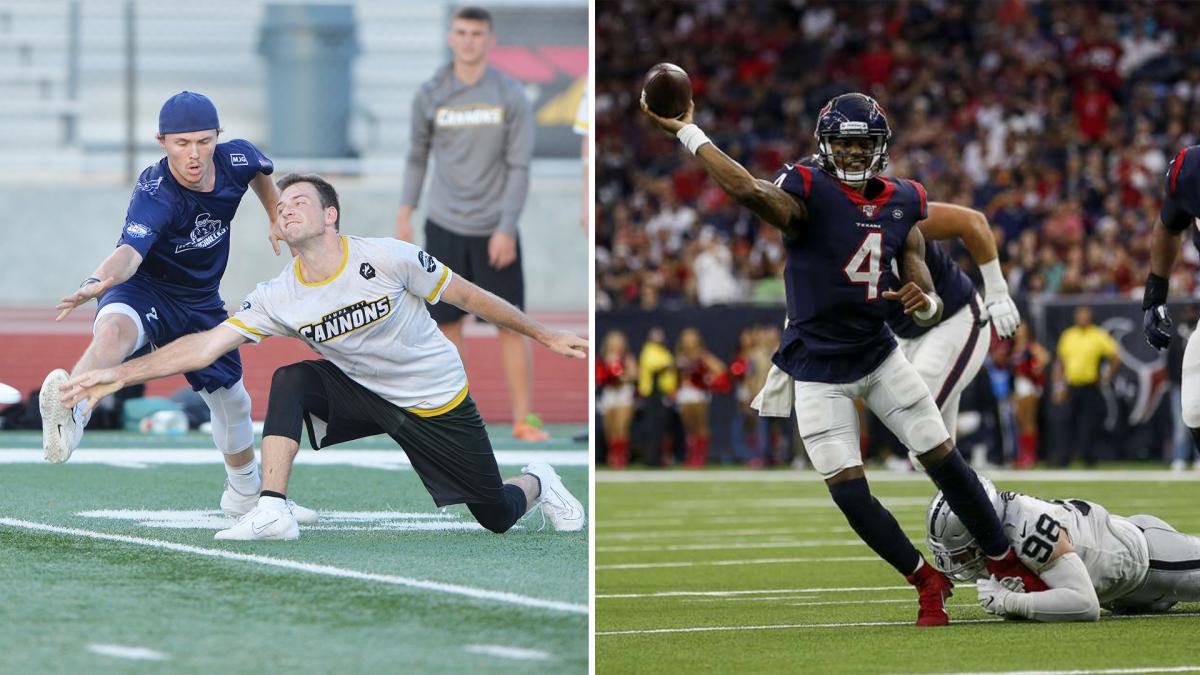 Obscured by larger names in bigger markets, Andrew Roney has been a one man show for the Cannons the last three seasons, compiling 169 assists and over 1500 completions while showcasing one of the most diverse throwing arsenals in the league. He can put a team on his back in any given game, and like Watson, busts out some truly remarkable statistical performances; Roney began 2019 with a 8-assist, 4-block, 64-completion showstopper.

Both Watson and Roney have great mobility, but are at their best as pure throwers. And while Garvey and Quinlan may have a smidge more power on their hammer throw, Roney arguably has the best one in the league when he's rolling. What it may lack in yardage it more than makes up for in speed, accuracy, and dependability.