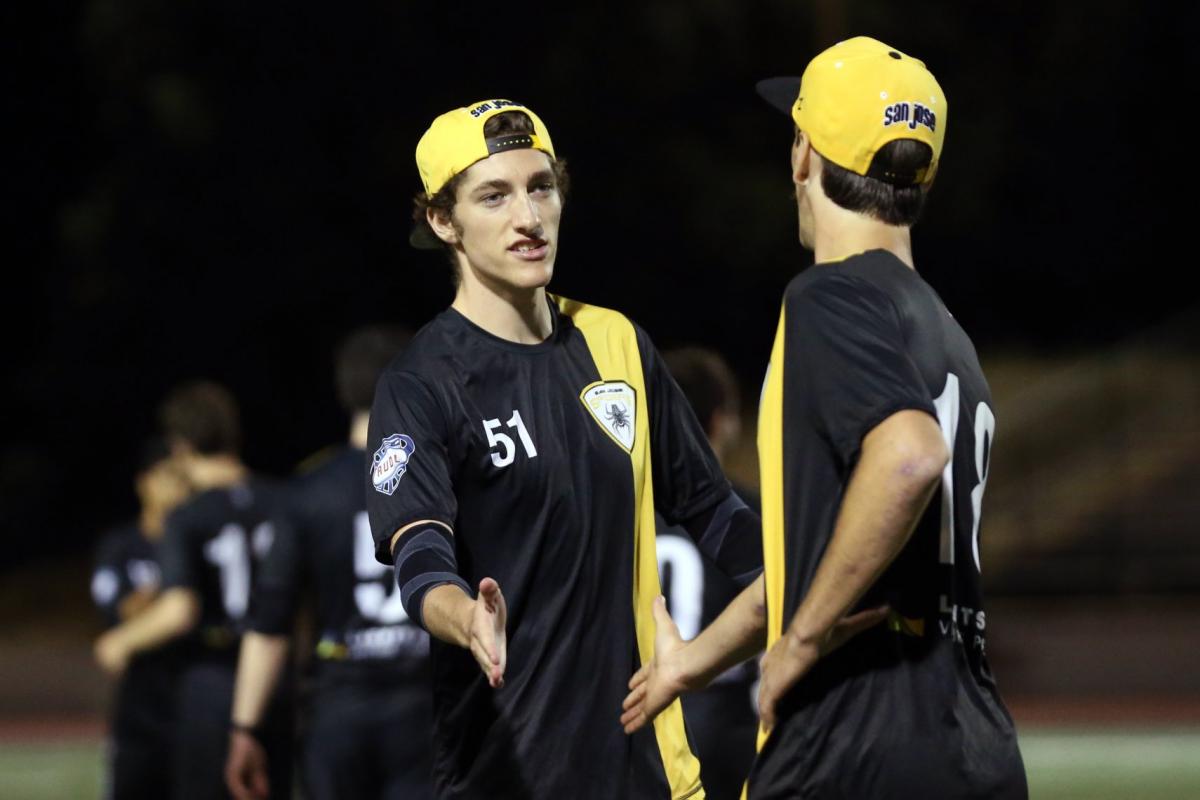 19-year-old Keenan Laurence was kind of everything the San Jose Spiders could ask for in a rookie. He has great size and athleticism, he hustles on both O and D, and he’s super smart with the disc.

In 11 games last season, Laurence amassed 19 assists, 21 goals and 9 blocks, playing about a 40-60 split on offensive and defensive points. It was one of the most well-rounded stat lines across the league. He also had just two throwaways on 94 attempts (97.9 percent), taking care of the disc like a savvy vet while still maintaining the aggressiveness to throw 19 assists.

His ability to make plays was on full display in his rookie season, none more famous than his Week 6 layout against the Seattle Cascades.

In a tie game midway through the third quarter, the Spiders have the disc on the attacking side of the field. Antoine Davis gets the disc on the right third of the field, and you can see four of his Spiders teammates all moving towards the force side, towards Davis. Recognizing this has created basically half a field’s worth of space, Keenan Laurence moves over into the wide open breakside space, which Davis immediately recognizes. Davis releases a low, line-drive hammer which he immediately regrets. What happens next literally made my jaw drop the first time I saw it. Laurence absolutely launches himself five yards horizontally towards the disc, makes the grab, then immediately pops up and floats a perfect outside-in flick to his teammate in the right third of the end zone for the goal.

This play showcased everything Laurence brings to the table. The awareness and knowledge of when to attack space as a cutter. The freakish length and athleticism to even conceivably reach the disc. The focus and determination to pop right back up after an insane layout, read the field, and unleash an absolute dime.

He destroyed the Cascades in this game, finishing with six assists, two goals and a block. He bullied his matchups, and played with a veteran swagger, even launching a few hammers of his own that floated into awaiting teammates’ hands.

In 2019, Laurence knew his place on the Spiders; he didn’t need to be a superstar, but he was going to contribute wherever needed. Still, he was named team MVP and led the team in plus/minus with +45. This is just the beginning for a player that should continue to shape the identity of this team in 2020 and beyond.