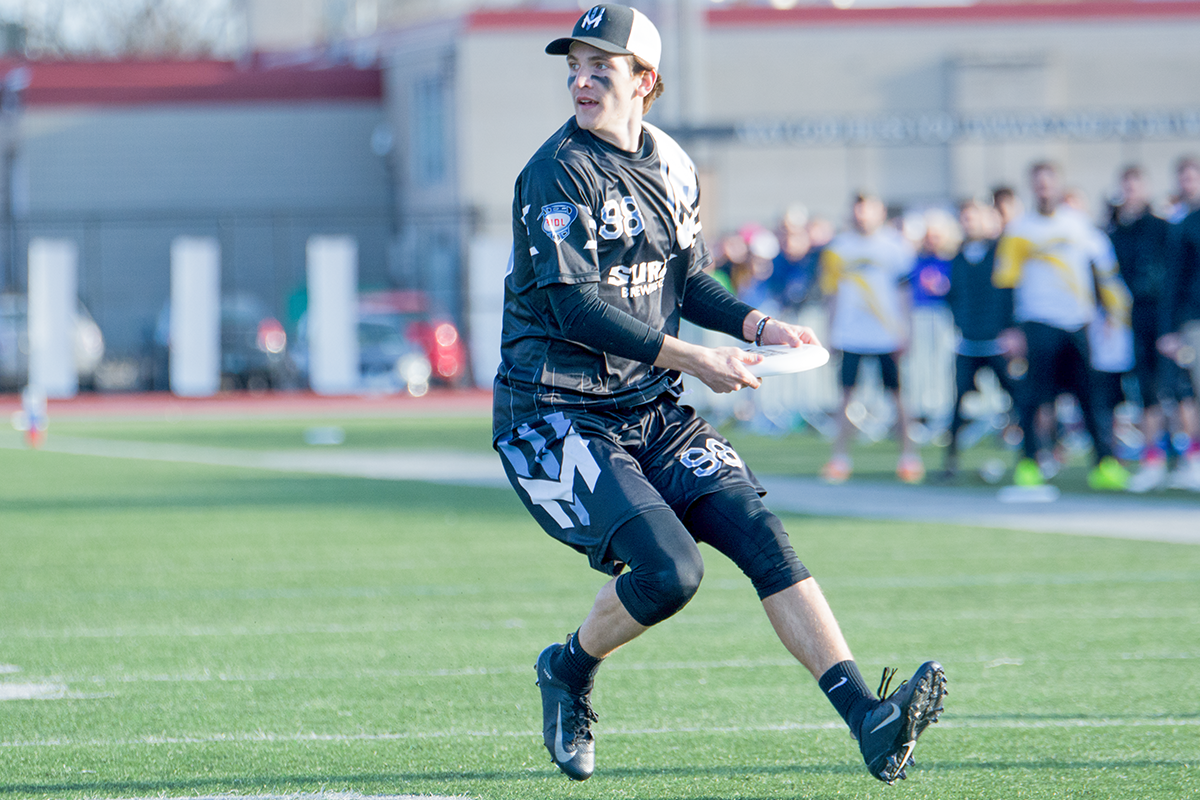 While he only played five games in 2019, Quinn Snider made his presence felt in every one of them. As a 20-year-old, Snider racked up 29 goals. Again: in five games. He finished second on the Minnesota Wind Chill in goals, and his 5.8 goals per game average was good for second highest in the league.

Snider got the job done every time he stepped on the field with hard cuts, impressive skies, and high-flying layouts.

In the Wind Chill’s Week 12 game against the Indianapolis AlleyCats, the teams traded points all throughout the critical late-season showdown. The Wind Chill offense that day ran through a combination of Snider, Josh Klane, and Bryan Vohnoutka. Snider made big plays all game long, serving as a perfect cutting complement to Vohnoutka and a frequent deep target for Klane.

Matched up with AlleyCats’ David Hortemiller, Snider makes a great cut here for the Wind Chill goal. Watch as Snider makes one hard jab cut towards Hortemiller, causing his defender to turn his hips as Snider is able to catch him flat-footed. What’s impressive to me is it’s a full body fake; slow down the video and you’ll Snider couples a head and shoulder fake with the jab step, selling his defender just enough to create separation. That separation is what allows Snider to time his jump perfectly on the huck from Klane, getting a great read and high-pointing the disc over Hortemiller.

Snider’s highlights in Indianapolis were impressive, but it was the clinic he put on in Minnesota in the Week 9 Game of the Week that put him on the map. Running all over the Chicago defense, Snider tied Ben Jagt’s franchise record for most goals in a single game with 10. He also tacked on three assists for a total of 13 scores, most by a Wind Chill player in any game last season.

With a clear ability to perform in big games and impressive athleticism, the sky's the limit for Snider. The now 21-year-old has an extremely bright future; hoping to see him on the field for more than five games in 2020.