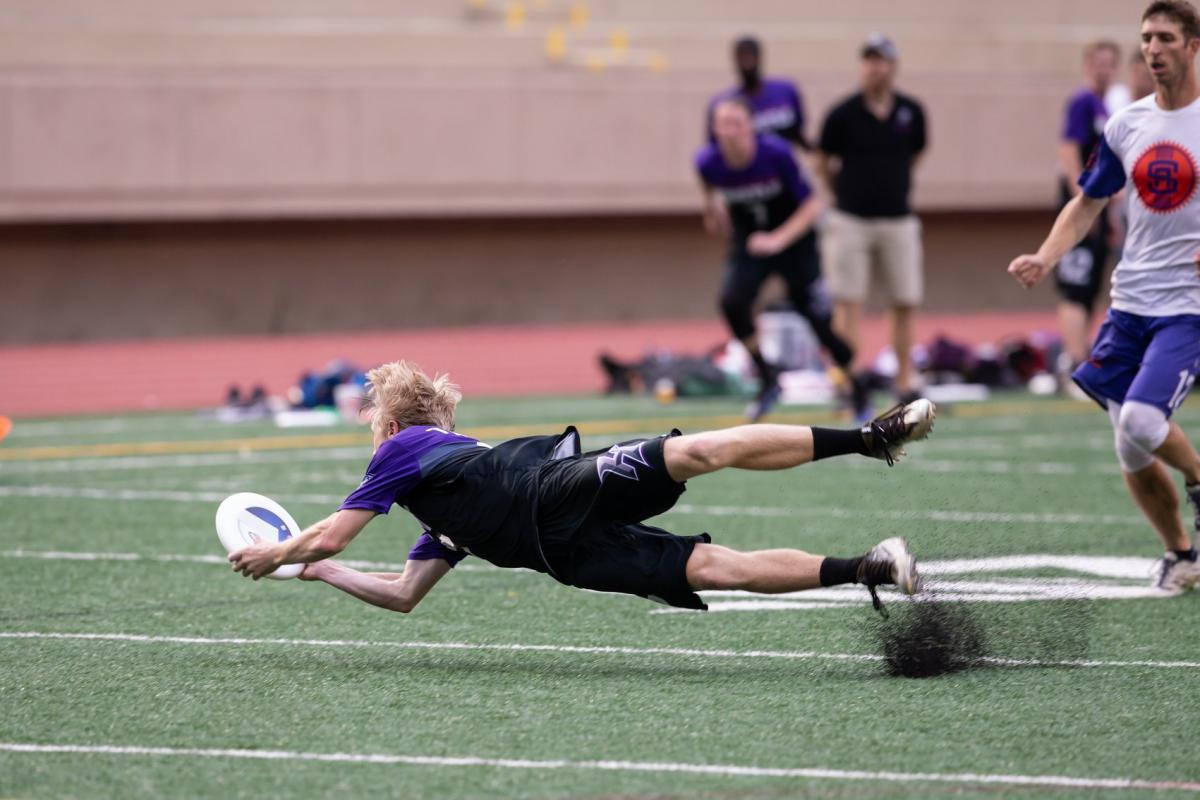 After six weeks of play, the South Division has emerged as the toughest realm in the league. With Atlanta's defeat at home to Austin, every team in the South now has at least one loss on the season. Maybe more notably, however, was Nashville's win at home on Sunday, snapping a 17-game losing streak that dated back to July 2016 and gives them a bit of an edge as an upset contender as the months grow warmer. Raleigh is the quickest team to five wins in the AUDL, but their losses to both Dallas and Austin leave them vulnerable in potential tiebreaker scenarios as the playoffs begin to take shape on the horizon.

The Austin Sol (3-1) held on for the narrow one-goal win to hand the Atlanta Hustle (3-1) their first loss of the season thanks to some superbly efficient offensive play. The Sol as a team committed just nine turnovers on the game, going 202-for-210 on their throws. Max Cook was instrumental in dictating Austin's offensive rhythm, throwing three assists on 44 completions without a single throwaway. And over their past two games, Chase Cunningham (13 assists, 9 goals) and Rory Orloff (2 assists, 16 goals) have been able to capitalize on nearly every opportunity thrown their way.

In a game marked by big plays, the Raleigh Flyers (5-2) prevailed 23-20 over the rival Tampa Bay Cannons (1-5) thanks to a few timely breaks. Jack Williams continued his streak of offensive disc dominance that has him second in the league in overall scoring, finishing the night with four assists, three goals, and 47 completions; in his last four games, Williams has completed 21 assists on 208-for-218 throws to go along with 13 goals and zero drops. The Flyers have now won four of their past five, with their average margin of victory just under four goals per game.

It wasn't pretty, but the Nashville NightWatch (1-3) outdueled the Austin Sol (2-2) at home to get their first win in 18 tries thanks to some gritty defensive pressure. Austin started the game looking calm offensively, but after playing a game the night before, the Nashville coverage began to make the Sol's downfield shots more difficult, and slowly the NightWatch gained momentum throughout the game before seizing an insurmountable lead late in the second half. While the win is important for Nashville, the loss is equally important for Austin who is looking to secure their first playoff appearance as a franchise.