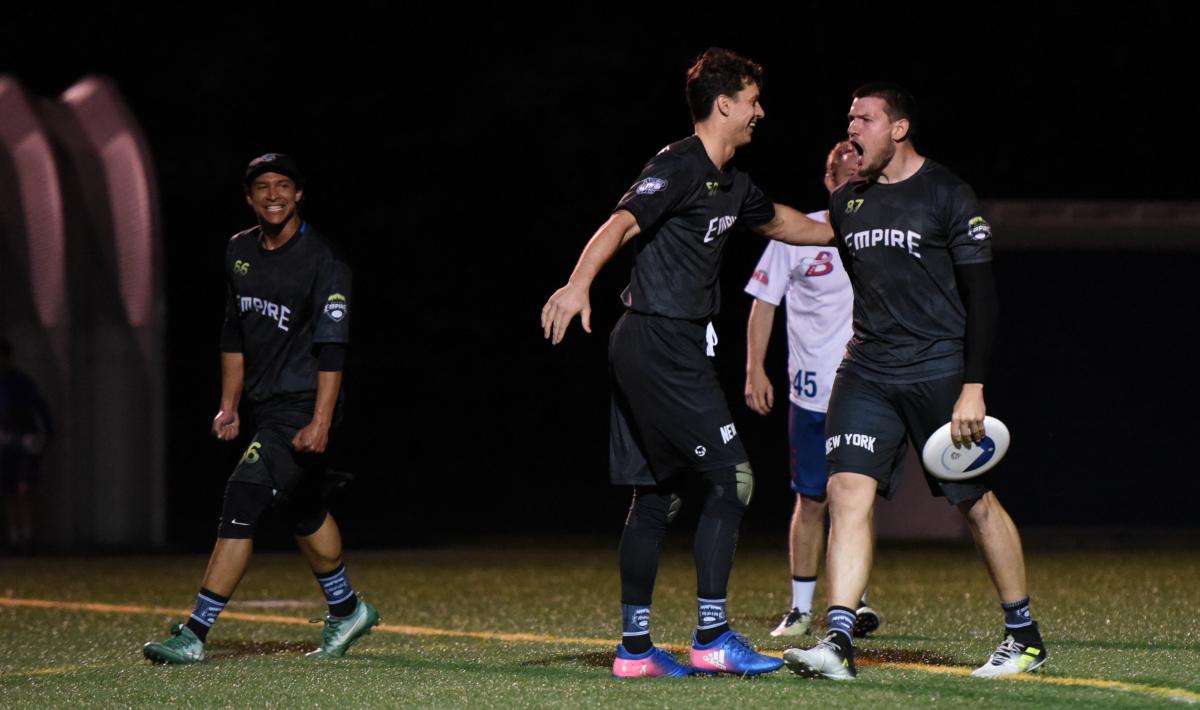 Predictably the Rush sit at the top of the East Division, but the other five teams remain within two games of each other in the standings in an ever tightening race. After a handful of defeats at the buzzer to their rivals from DC, the Empire finally got their own dramatic revenge on Saturday night to earn their first win against the Breeze in more than 1000 days. Philadelphia remains the enigma of the bunch after splitting their weekend road trip in Canada, winning an impressive game of attrition in Montreal before being unable to keep up with the Ottawa speedy offensive attack on Sunday. With each team having 10 or more games remaining, there is still a lot left to decide in 2018.

Wind played a big factor in this matchup, and it was the Philadelphia Phoenix (2-1-1) who adapted best to the unruly flight paths of the disc to earn the big road win 17-14 over the Montreal Royal (2-2). While many players in the game struggled with throwaways and drops, Himalaya Mehta proved to be a difference maker for the Phoenix offense, scoring a game-high seven goals while also dishing two assists despite three turnovers of his own. The win is Philadelphia's second in two meetings with Montreal this season, and might prove pivotal later on as it secures the 2018 season series in the Phoenix's favor.

In another classic showdown between these two teams, it was the New York Empire (2-1) who earned the last laugh as Jeff Babbitt came down with the disc at the buzzer for the 19-18 win over the DC Breeze (1-2-1). Ben Jagt (five assists, five goals) and Jibran Mieser (three assists, five goals) were in a groove all night long for the Empire offense, while the Drost twins Mike and Ryan provided relentless pressure the defensive side of the disc, combining for six blocks and a few bookends scores. New York has yet to allow 20 goals in a game.

Following last week's heartbreaker at home, the Ottawa Outlaws (1-3) were determined to get their first win of the season with a highlight-packed 22-19 win over the Philadelphia Phoenix (2-2-1). Derek Alexander was instrumental in activating the team's deep attack, throwing a barrage of hucks and finishing with five assists on 39-for-42 throws. Alec Arsenault took a break from scoring goals downfield to distribute the disc, while the Loiseau brothers Karl and Laurent roamed deep and collected 11 goals on the game combined. 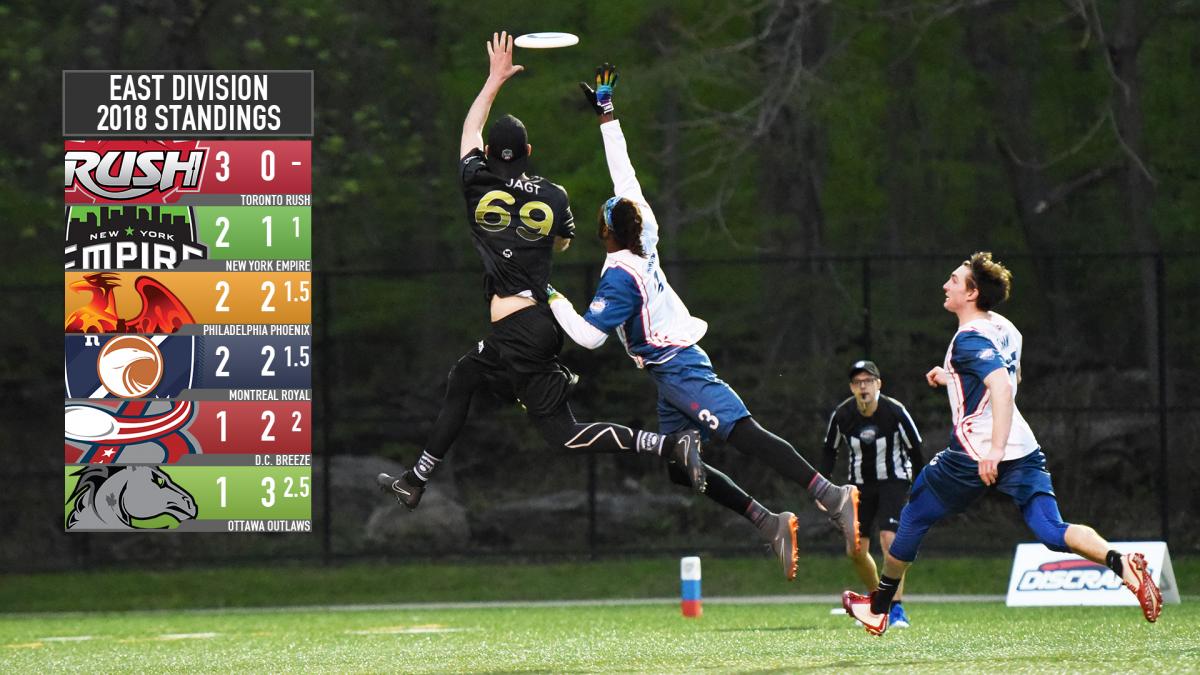 Note: Both DC and Philadelphia have a tie in 2018.