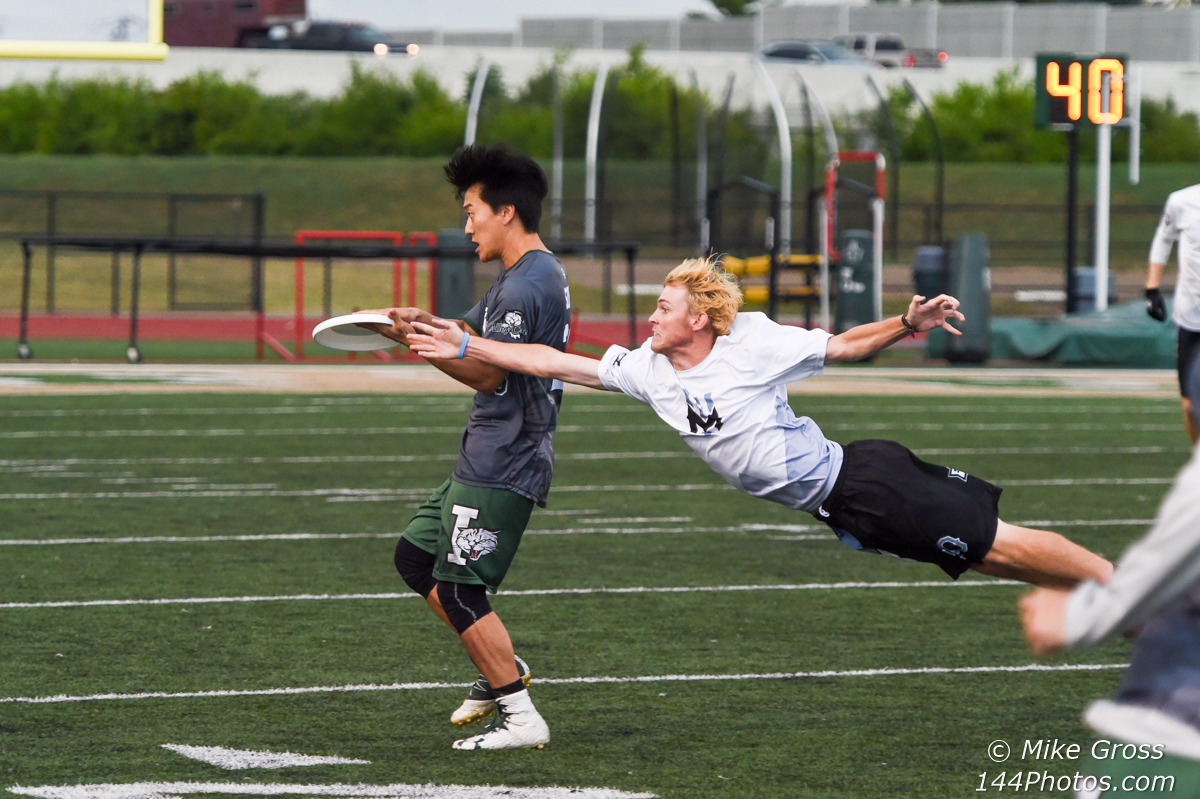 The Indianapolis AlleyCats earned their first playoff win since 2012 this past weekend by a score of 20-19 over the Minnesota Wind Chill. They will move on to face the Madison Radicals in the 2018 Midwest Division title game this Saturday, July 28. But first, here are 10 things from opening round matchup.

Indianapolis opened the game playing very much unlike themselves. All that talk of playing calmly and methodically meant they perhaps overcompensated. Levi Jacobs holstered an open deep look to Cameron Brock on the game’s first point, only for Brock himself to launch a backhand huck later in the point—it sailed out of bounds. The ‘Cats are at their best when they’re playing free and loose, within the offense, but shooting to their best athletes. They forgot that identity early.

The AlleyCats still scored the first goal. Their offensive defense was stout, even forcing a stall count. This became a theme later in the game. They quickly settled down. However, having a strong offensive defense that gives you multiple possessions on a single point allows room for occasional errors.

The calm, possession-oriented offense ended up as a huge advantage for the ‘Cats. Their first seven goals were assisted by seven different players, providing a balanced attack, even as the team missed offensive standouts Rick Gross and Keenan Plew. Playing slow is a double-edged sword, especially for a team as talented as the ‘Cats, but they quickly found the right balance. 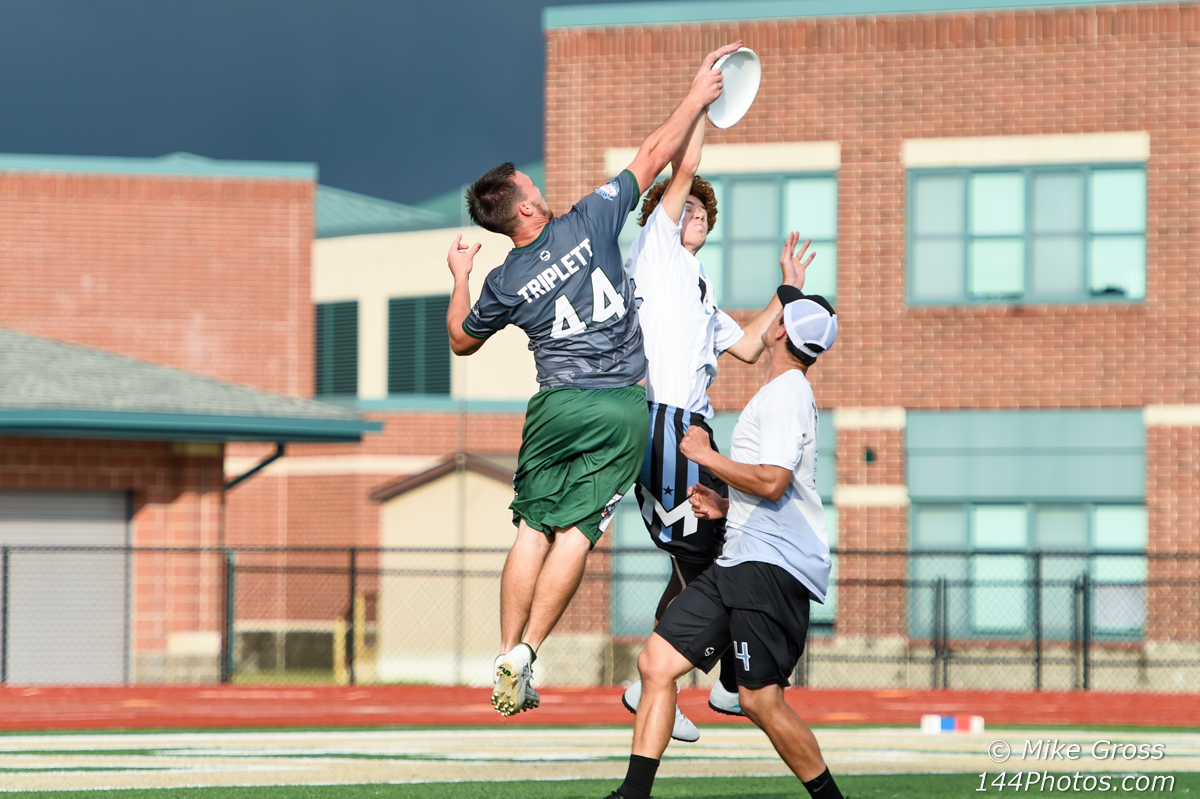 Indianapolis’ D-Line came through early. Nick Hutton has been missing from the ‘Cats last few games, but he is an athletic presence who can manufacture chances. He finished second on the team in blocks, with 23, and he recorded a block on Indianapolis’ first defensive point. Perhaps his most impressive defensive highlight came as Indianapolis was transitioning out of a zone. After the ‘fire’ call to move to person, Minnesota was confused for a moment, pausing before continuing the attack. The ensuing under was denied by Hutton, showing off his athleticism.

Donovan Triplett – a handler – finished multiple points with deep strikes into the endzone. He created turns by making plays on 50/50 balls. On offense, he even caught a poor hammer over multiple Wind Chill defenders.

The ‘Cats were terrific at converting break chances, finishing 8-for-11 in the game. Indianapolis’ defensive offense after turns was fantastic. Triplett’s deep strikes provided oxygen to the line, offering dynamism because he usually hangs out upfield. Later in the game, Triplett used his break throws, showing off scoobers and inside flicks, to create space. He dominated his matchups all night when the AlleyCats claimed the disc. Other AlleyCats defenders were fantastic at converting jump balls. Kip Curtis had a great box-out against his athletic counterpart, Bryan Vohnoutka, to bring down this huck.

3. Look Before You Spike

This is not the best way to score the first point of the game. 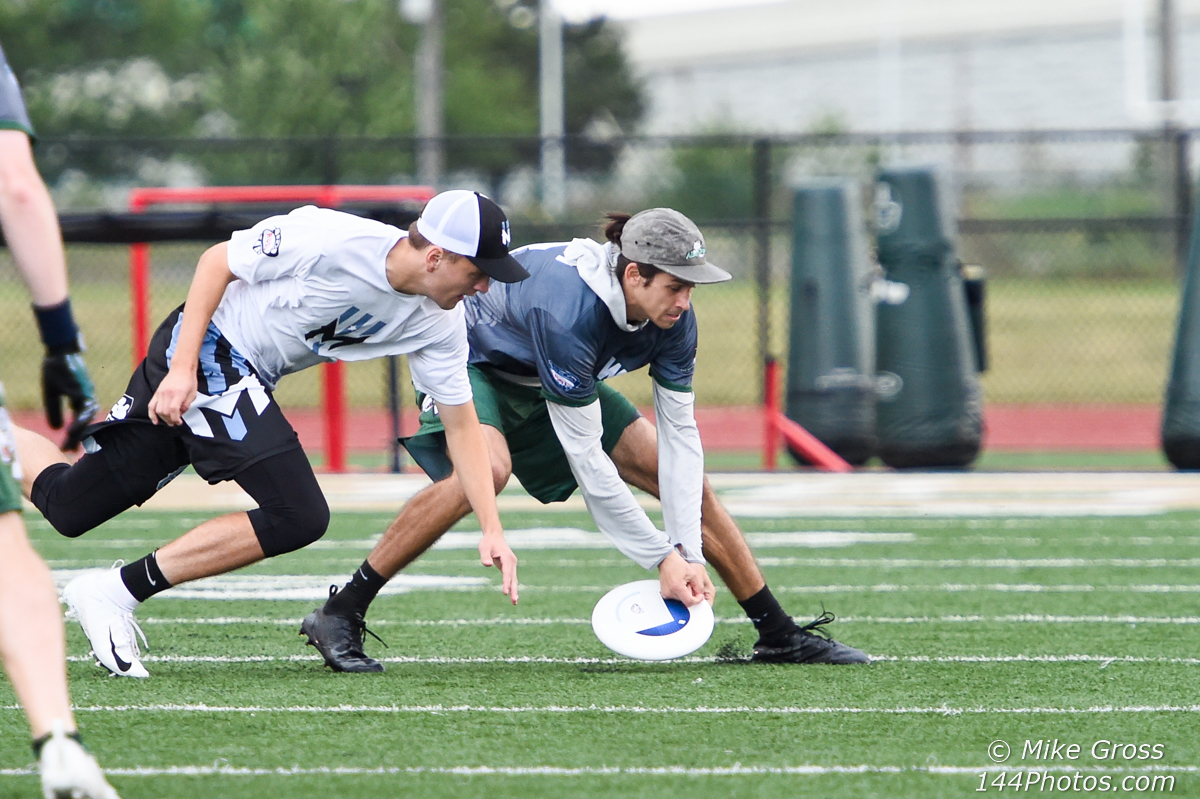 With weather being a big factor in ultimate across the United States, this game was no exception as the wind took its toll. Combined with the high stakes, and some nerves, there were oodles of turnovers in the game. At one point early in the first quarter, the two teams threw three consecutive turnovers on three consecutive throws. At several other times in the game, defenses threw turnovers on their first pass after claiming the disc. The wind was swirling and gusting, which meant that it was impossible to predict. Even throws that seemed to be edged correctly to ward off the wind would suddenly drop from the sky, as if gravity decided to triple its pull. Around backhand breaks in particular had trouble staying in the air.

Partially as a result, Minnesota’s defensive offense looked awkward at times. They were terrific at manufacturing chances, as Charlie McCutcheon and Dylan DeClerck combined for seven blocks. Here’s DeClerck making up steps in the air and using terrific body control to make a clean block in the endzone.

However, Minnesota’s defensive playmakers couldn’t keep the disc moving downfield. Jimmy Kittlesen was point-blocked after picking up the disc. Greg Cousins flubbed a little flick swing inside his own endzone that the wind and rain drove into the turf. Thomas Echols also threw a turnover on an easy swing pass inside his own endzone. Hucks were not working, no matter who threw them. Even when Minnesota’s defensive lines strung a few solid passes together, the flow wasn’t there downfield to continue their attack. As a result, Minnesota finished with six break goals in the game, but they failed to convert on 9 other opportunities. That’s a lot of points left on the board.

Minnesota’s offense, on the other hand, was solid. Jason Tschida was fantastic at making the right decision, and making it quickly. He finished throwing 43/45, throwing dimes through the wind and rain throughout the game. He had every release point ready to go, even throwing an upwind elevator pass to get over a double-team on the sideline. He was comfortable throwing breaks, little dump-offs, and cutting constantly to provide options.

When they were at their best, Minnesota was scoring far quicker than their counterparts in Indianapolis. Handlers threw give-gos all the way down the field, and Ryan Osgar and Vohnoutka had terrific chemistry together downfield. Vohnoutka even dusted off the push pass to float a disc ahead of Osgar for a score.

Some throwers can use the wind to their advantage, but others are able to fight the wind with their throwing angles and still survive. Vohnoutka was able to throw massively inside-out flick hucks that he released almost perpendicular to the ground. His throws somehow survived the wind and ended up almost flat for cutters to track them down. While Minnesota’s defensive offense couldn’t keep possession of the disc, Minnesota’s offense was impressive. They only turned the disc over on 11 offensive possessions – actually fewer than Indy’s 15 offensive possessions with turnovers. 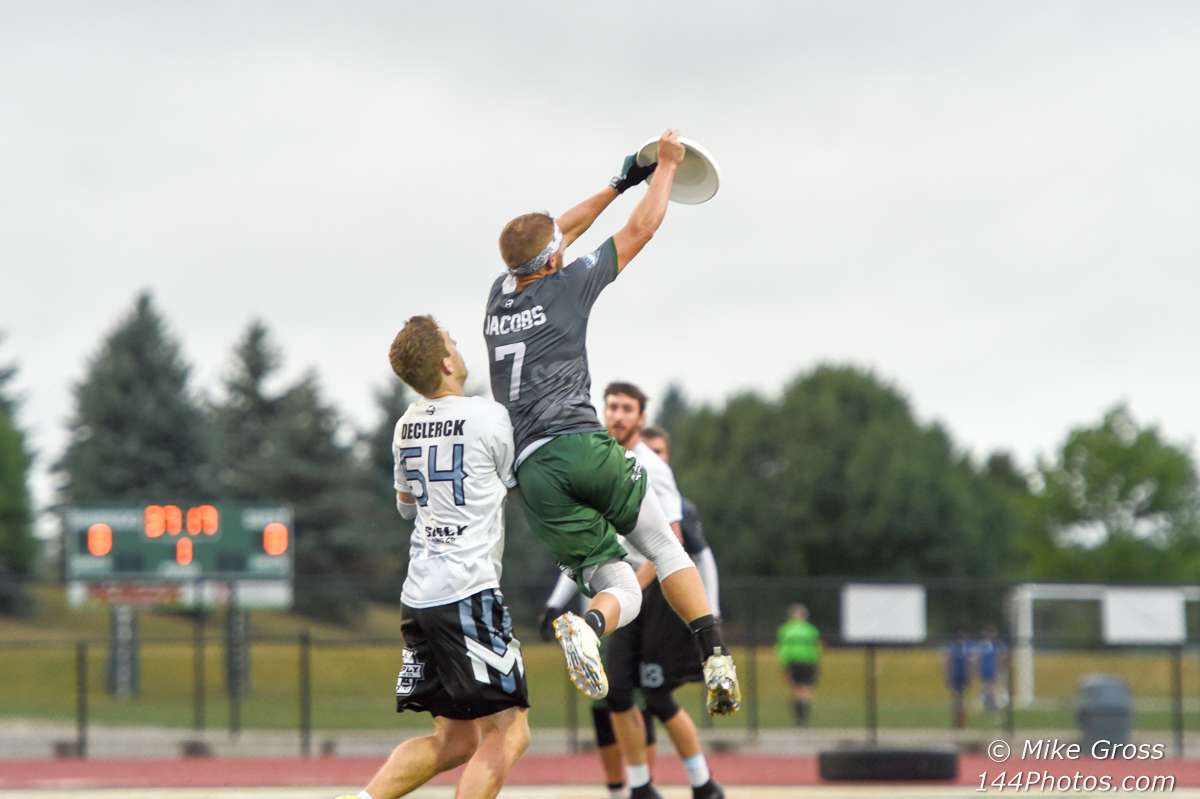 Levi Jacobs was fantastic. With deep threat Gross and do-everything Plew both missing, the AlleyCats were without several of their best cutting threats. Jacobs can’t compete with Gross in the air, but he provided a great simulation of Gross’ attack by using good, old-fashioned speed to beat any defender into the endzone. Jacobs was beating opponents all game with his legs, catching discs with few defenders near him.

When he used his throws, Jacobs threw a variety of same-third blading hucks that were able to survive the wind. His ability to throw accurate downfield throws into the teeth of the wind was a huge reason why Indianapolis’ offense scored on a stellar 70 percent of points despite the wind.

7. Winning The End Of Quarters

It’s almost impossible to win games without winning the end of quarter situations. Indianapolis performed far better than their opponents. They ended the first quarter with an easy score on the goal line, leaving only two seconds remaining for their opponents. The ensuing Wind Chill huck after the pull didn’t reach the endzone.

Indy also won the end of the second quarter by attrition. The Wind Chill had the disc only 20 yards away from the score and 16 seconds left in the half. Triplett defended a Tschida handler-cut perfectly and laid out for the block. The Wind Chill found another opportunity, but athletic defender Spencer Loscar beat everyone to the disc to knock it down.

The Cats’ defense again bent but did not break at the end of the third quarter. Osgar threw into a poach, as Aaron Schwartz flew into the frame to intercept what seemed like an easy backhand for a score.

The final quarter ended with multiple highlight defensive plays for the AlleyCats, preserving their 20-19 win. With a margin of victory of one point, the AlleyCats won the end of quarters 1-0.

Both teams finally settled into the game in the final quarter. There were far fewer turnovers, and the first four points of the quarter – the longest stretch of the game – were clean offensive holds. Brock did catch two discs that weren’t meant for him and flew over the intended targets’ heads, but Indianapolis wasn’t going to be upset about their fortune.

Michael Ames recorded a momentum-turning handblock near his own endzone with the ‘Cats already up 17-15. AlleyCats Head Coach Leonard called a timeout, and he put the offense on the field. The pull play saw Jacobs mack the disc to himself before throwing a same-third blading flick huck to the endzone to put Indy ahead by three.

Minnesota almost pushed the boulder all the way up the hill. Down 19-15 midway through the fourth quarter, the Wind Chill made a game of it. They started with an offensive hold, as Vohnoutka caught an around throw while toeing the endzone line for the score. After an Indy drop, the Wind Chill went all the way down the field without moving the disc more than an inch off the sideline.

Minnesota then successfully defended a huck to Brock, and Cousins threw a flick into the upline space for Echols. He exploded into the disc, catching the goal, and bringing the game to within a single point.

Loscar dropped a throw over his head, as the wind seemed to bounce the disc right before it hit his hands. Travis Carpenter averted disaster with a huge, game-saving block in the endzone.