Building An Empire After A Loss | AUDL
Skip to main content

The New York Empire never expected to be competitive with the cream of the AUDL so early in the season. An 18-14 loss to the powerhouse Toronto Rush is therefore encouraging in many ways for the Empire, particularly considering how disjointed the team looked at times.

“This was our first game, of a really new squad, and so I think we did a good job,” explained New York Head Coach Eileen Murray, herself a new addition to the Empire franchise.

“[The game was] good. Granted, it wasn't as close as we would have liked it, and it sure didn't end the way we wanted. But there's some good stuff to take away from it,” said team Assistant Coach Isaiah Bryant.

The New York Empire offense was often completely improvised. Everyone with whom I spoke reiterated that the team failed to run the offensive system in place, instead preferring to freestyle, which played into the hands of the Toronto defense.

“We were really trying to make sure that were staying off the weak side of the field and pushing it on the other side,” said Murray. “Toronto was allowing us to get that, and it took probably a couple of points for us to not take the easy thing, and to really work to keep it in the middle of the field. That was something that we need to work on.”

Within the chaos, there were some bright spots on the New York offense. Harper Garvey looks much improved running the offense as the main handler. The talent has always been there, but Garvey looked composed on Saturday. The Toronto defense had trouble flustering him into bad decisions, and several Rush players mentioned to me that they were impressed with Garvey’s development. He completed 45 of his 50 attempted throws, and some of those turnovers were due to superhuman defensive efforts, while others were receiver drops. Beau Kittredge broke off a cut in the final quarter that counted as a Garvey throwaway, but communication will come. Garvey will arguably be the most important piece on the offense as the season progresses and his throws shape their future. He passed the test on Saturday, but who will step up to support him as secondary throwers?

Kittredge emerged over the course of the game as a thrower for the Empire, which he mentioned after the game as a skill he’s looking to develop in New York. 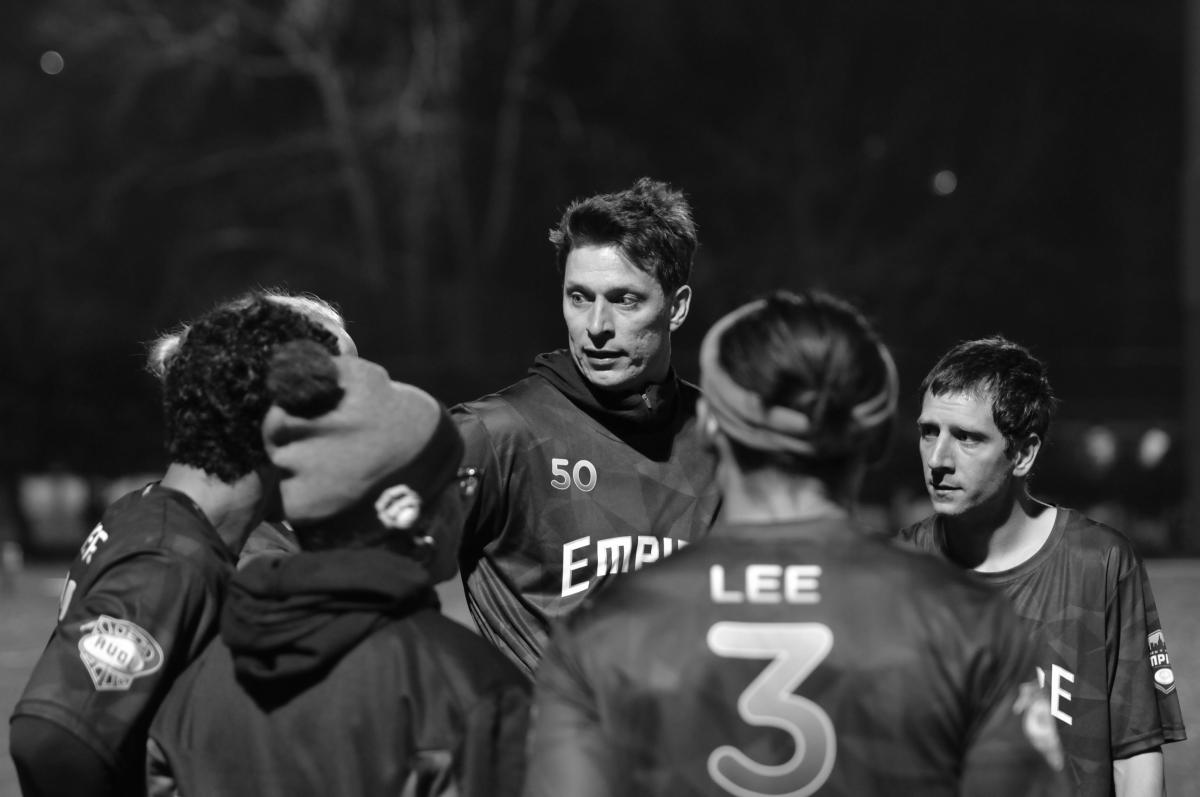 “I think that I'm gonna start trying to figure out how to throw a little bit more because we don't really have that many huckers,” Kittredge said of the Empire roster. “It's definitely gonna take a few games to figure it out, but it's also hard to start trying to huck against the Rush. They're pretty athletic.”

Some of Kittredge’s deep shots were picked off, but his passing game in general was solid, finishing with 27 completions to only 2 throwaways.

Garvey confirmed that Kittredge’s increased presence in the backfield possessing the disc was part of the gameplan.

“He's done a good job doing what we need from him, rather than doing whatever he wants,” Garvey said. 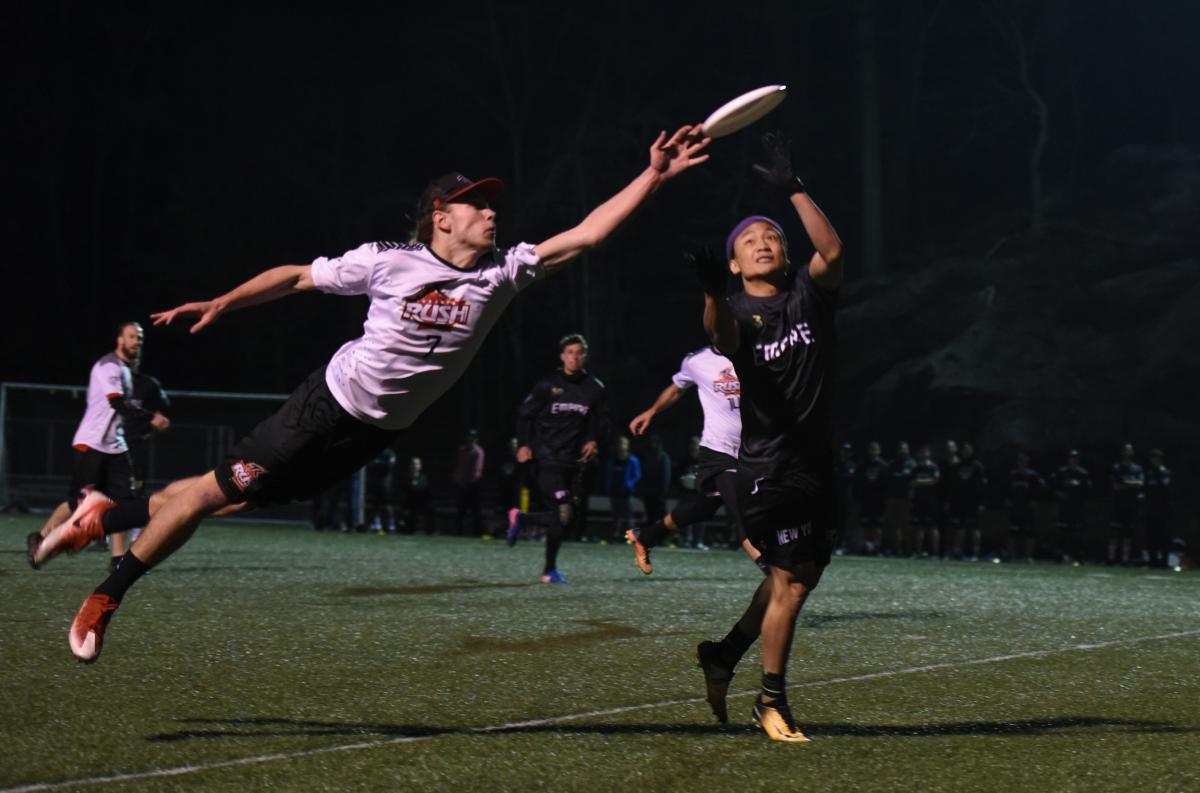 Coach Murray will need to make some adjustments. Of course, actually running the offense should help create more openings, but the Empire offense could use more Jeff Babbitt. It’s impossible to run Babbitt on every point for both sides of the disc, but even Kittredge clamored for some increased reps with his massive teammate.

“Babbitt is just a monster,” Kittredge said. “I look forward to, I want to get on some lines with him, and just kind of figure out how to play with him. I think the two of us could do some damage together.”

Kittredge didn’t look to stretch the field deep with his cutting as often as ultimate fans expect from him. And in general, 14 points is a low number for New York to score. However, given the factors - first game, cold, windy, an excellent Toronto defense - New York came in expecting to put up a low number on the offensive end.

New York held Toronto to only 18 points. In 2017, Toronto averaged 25.7 goals per game, and only the Detroit Mechanix (17.3) averaged fewer than 18. New York disrupted Toronto’s devastating Cam-Harris-to-Andrew-Carroll deep look, and the Empire’s giants in Babbitt and Ben Jagt frequently used their length to disrupt Rush looks. Babbitt finished with three Ds and could well have accumulated more.

New York has always had the reputation of a defensive team, and their defense will again be suffocating in 2018. Their defense could use a few more throwers, but if Murray chooses, Marques Brownlee could greatly help to that effect. He missed the Rush game, and his talent will help the Empire even more.

“What's great is that our ceiling is so high, and we've only started to scratch the surface,” said Murray postgame. 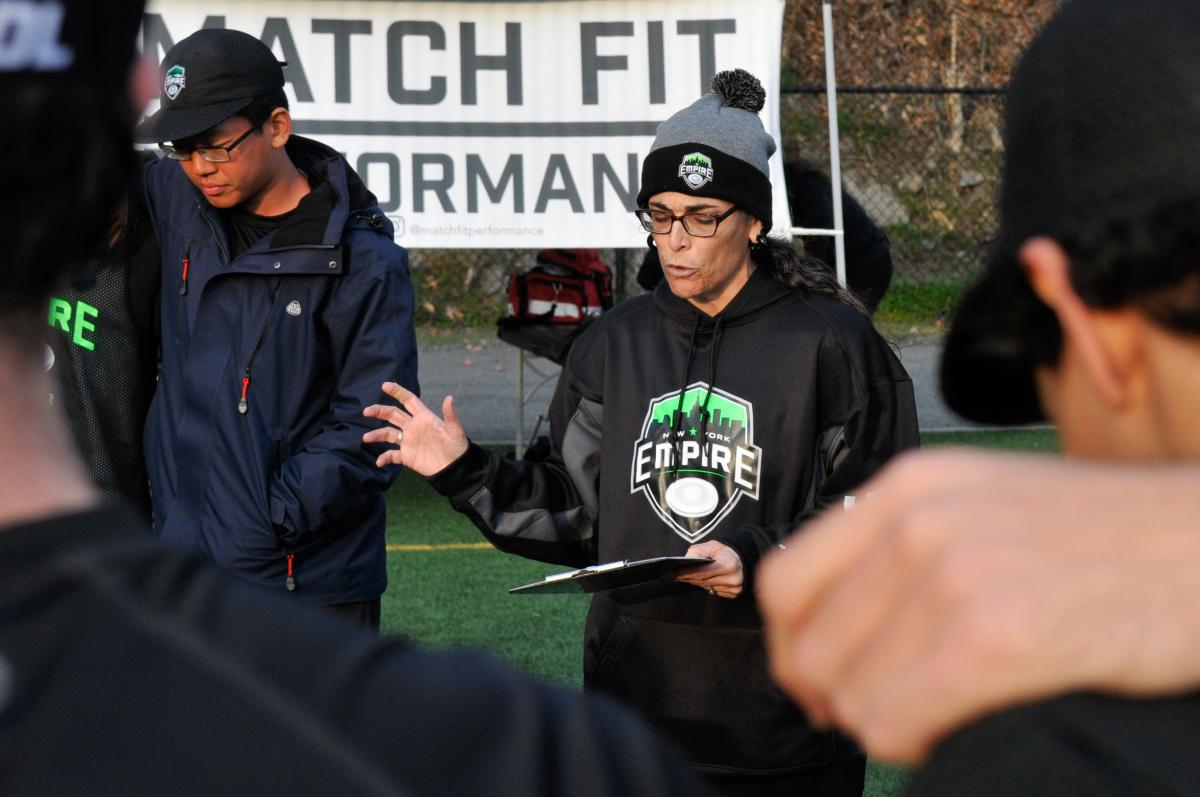 The team had only positive energy surrounding its opening-game loss. The crowd was around 350 people, packing the bleachers full at Joseph F Fosina Stadium in New Rochelle. Despite the cold, the crowd was boisterous and engaged, calling out criticism in a typical New York fashion for everyone from Rush players to officials to Kittredge himself.

In fact, Beau received a hefty share of New York malice. He wasn’t concerned. “[Playing in the cold] is not quite my cup of tea, but seeing everyone out here really kind of brought the warmth to me. The energy from the crowd was really firing me up. I enjoyed all the heckling. My favourite heckle so far was ‘go back to San Francisco,'” laughed Kittredge, after the game.

“They're gonna give me a lot of shit.” 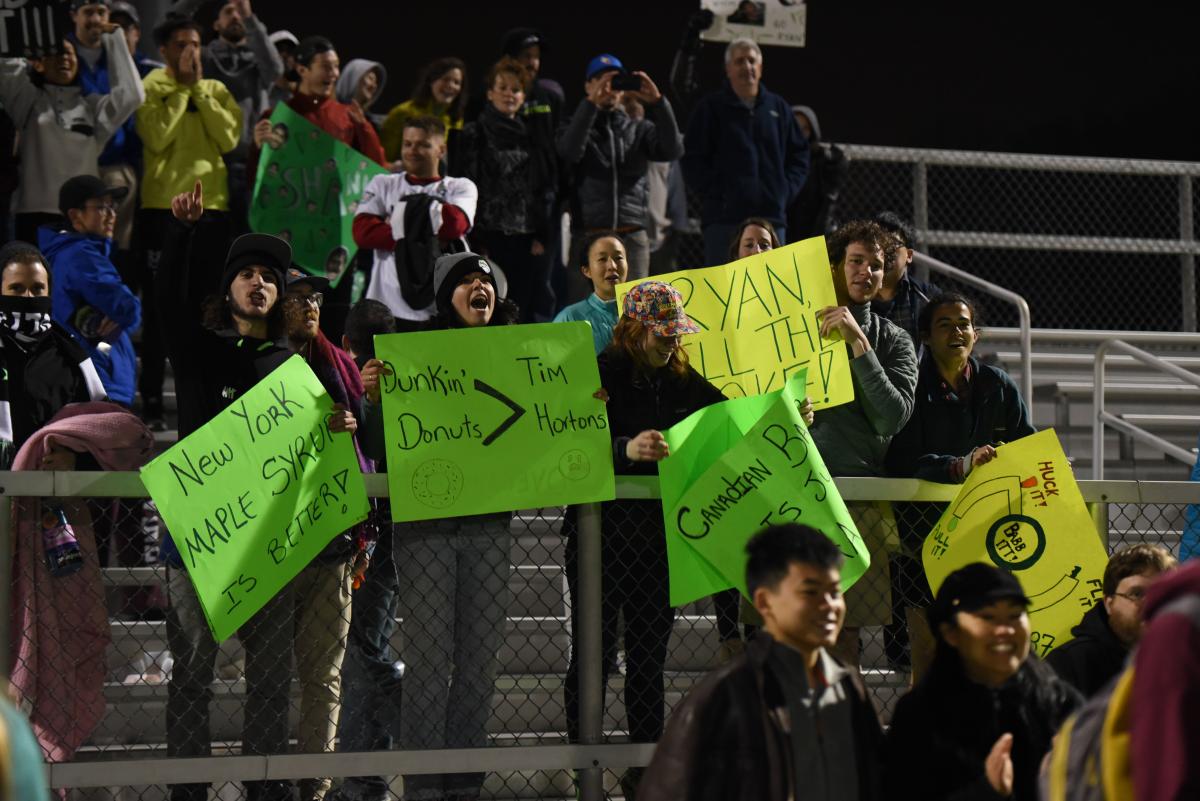 I asked if they’ll ever adopt Kittredge into the New York Ultimate community. “Absolutely not. They're just gonna give me the hard, cold shoulder the whole way through.” And that’s a good thing? “Yeah, absolutely.” Welcoming adversity, whether in the form of a heckling crowd or a defeat at the hands of the Rush? Beau Kittredge and the New York Empire are on the same page.