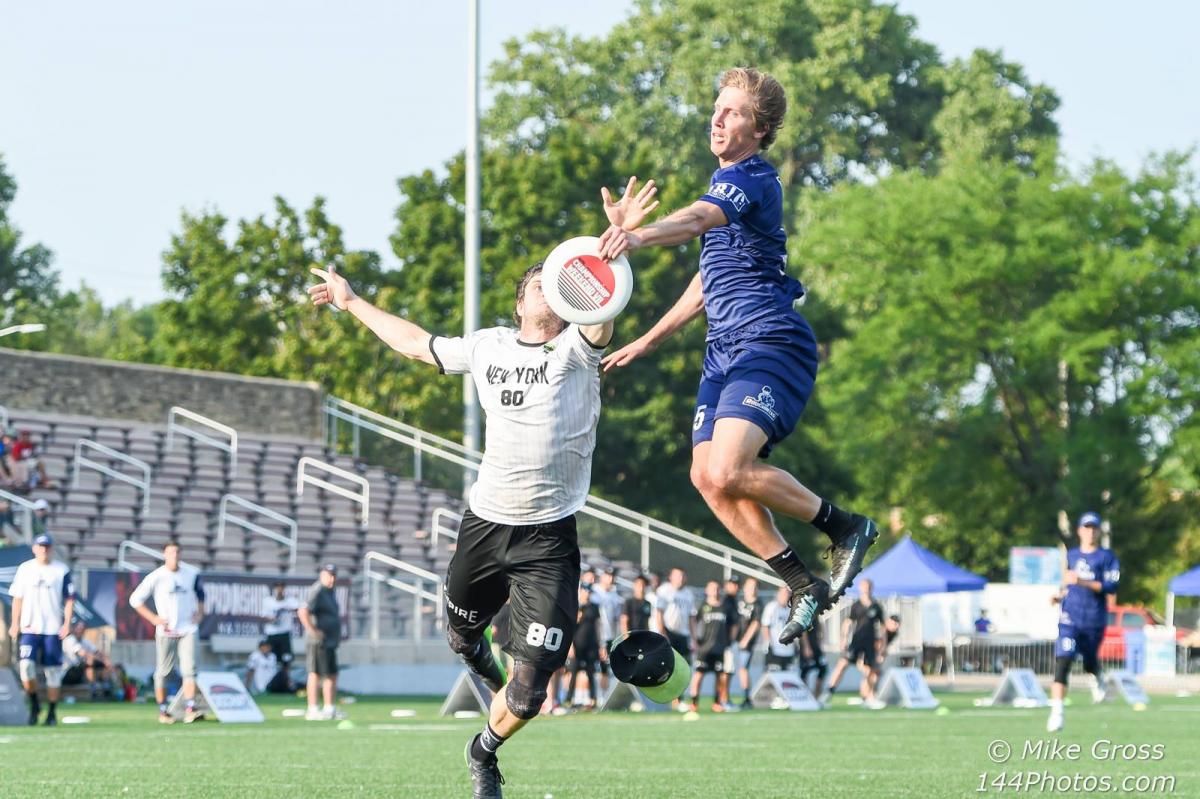 After 19 weeks of play and 178 games, it's time to anoint the stars of the 2018 AUDL season. Most of this year's First Team All-AUDL members are making their first appearances ever on an All-AUDL squad, including Travis Dunn, Ben Jagt, Rowan McDonnell, and Sean McDougall. Jay Froude, Rick Gross, and Pawel Janas are all making their second straight appearances on a squad. 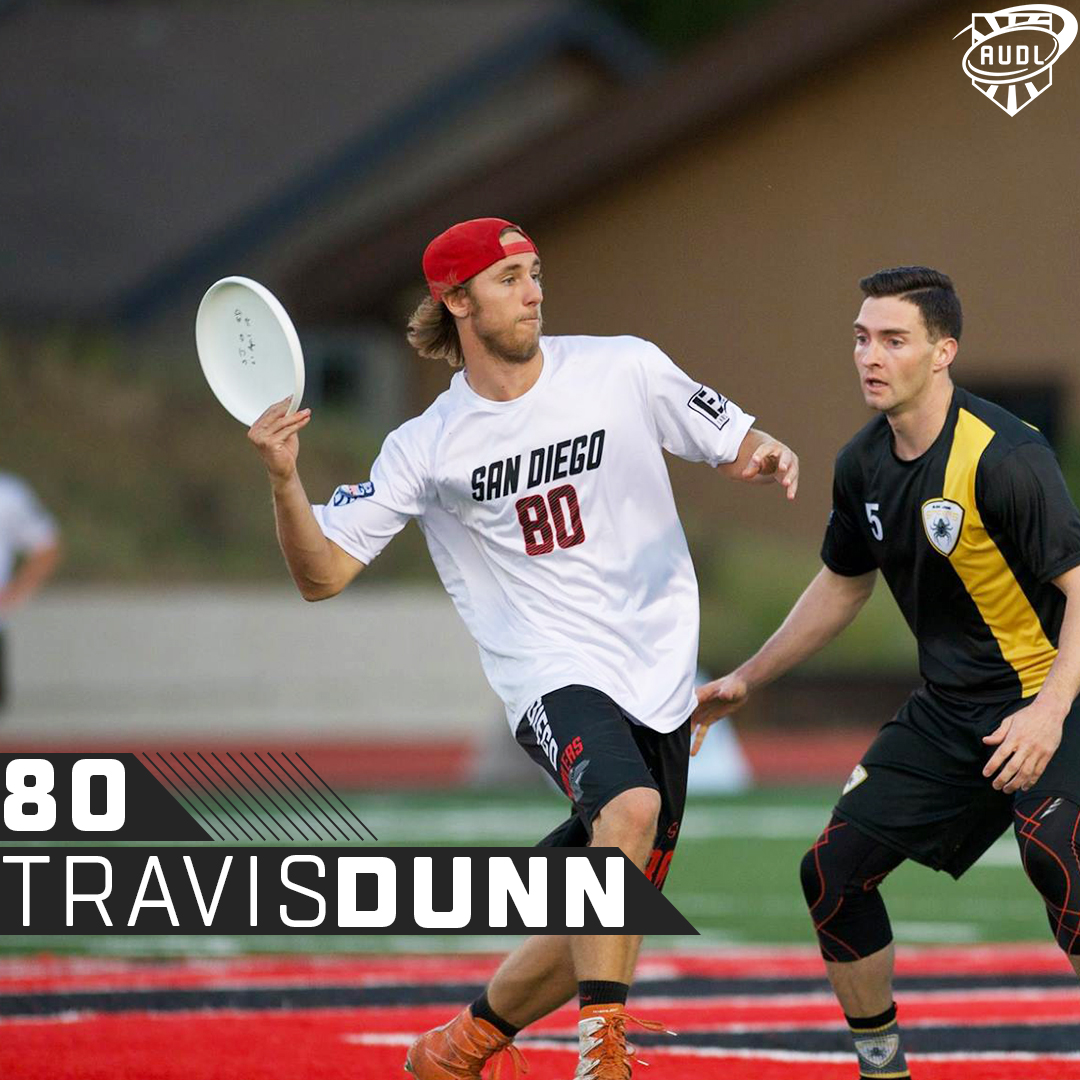 After two solid seasons of production with the San Diego Growlers, Travis Dunn exploded for a career-best breakout season in 2018 and helped lead the franchise to their first playoff appearance. Not quite a handler and not quite a true receiver, Dunn stepped confidently into his expanded role as the team’s number one option on offense, often drawing the best defenders in the division and handling them all with the same smooth poise that dictates much of his game. He finished in the league’s top 10 for scores, and was one of just seven players to finish with at least 50 assists, 300 completions, and 94 percent completion rating. 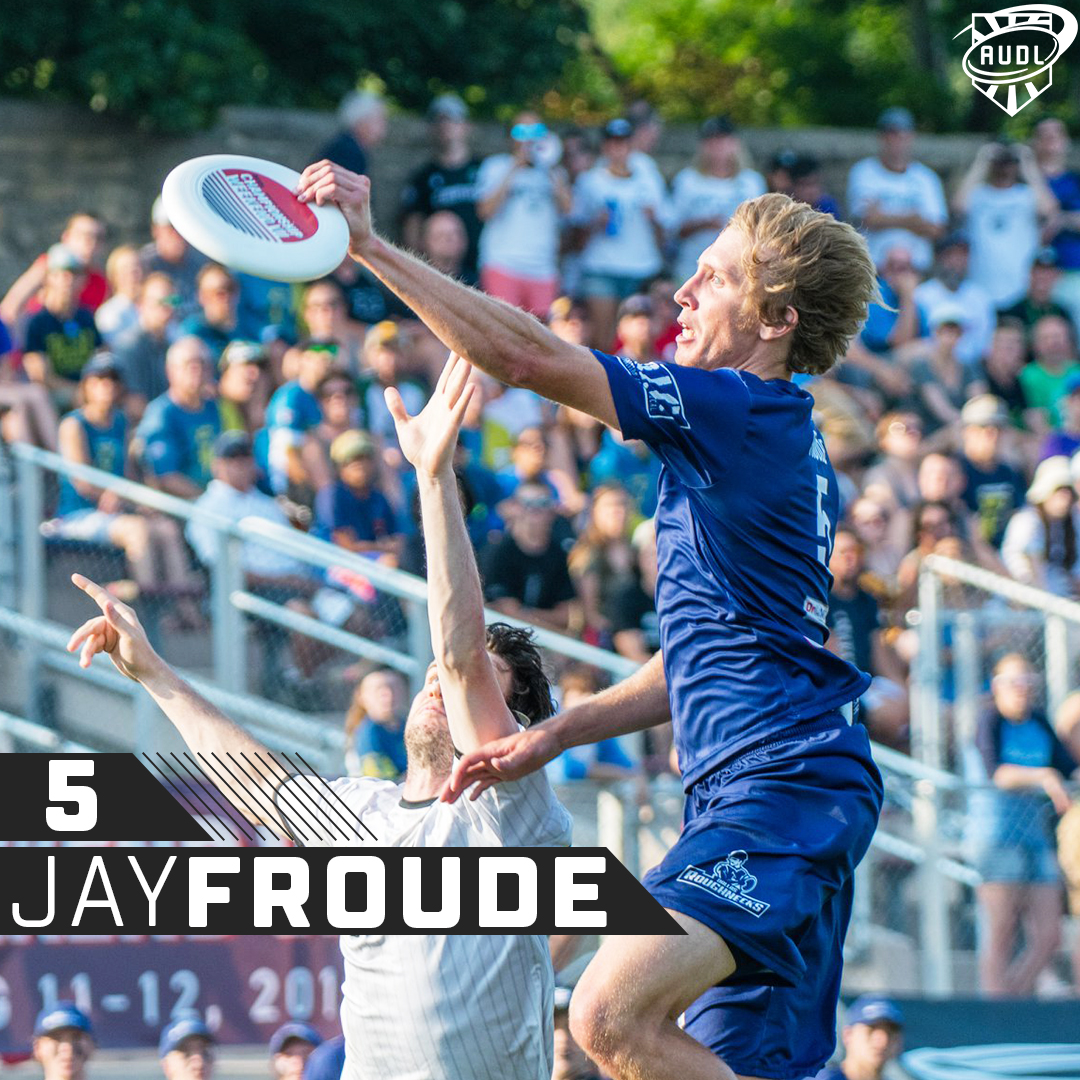 After a talent departure following the 2017 season left the Dallas Roughnecks in a bit of a personnel lurch, team captain Jay Froude shifted from his traditional role as a defensive coverage specialist to one as offensive facilitator with no adjustments necessary, and only an increase in production. Froude’s lefty throws and athleticism allowed him to orchestrate the pace of play whenever he was on the field, operating both as a backfield distributor and downfield receiver. His stat-packing numbers across the board saw him finish among the league’s best for assists (24th), goals (8th), and blocks (17th) as the Roughnecks won the South Division and made their second championship game appearance in three seasons. 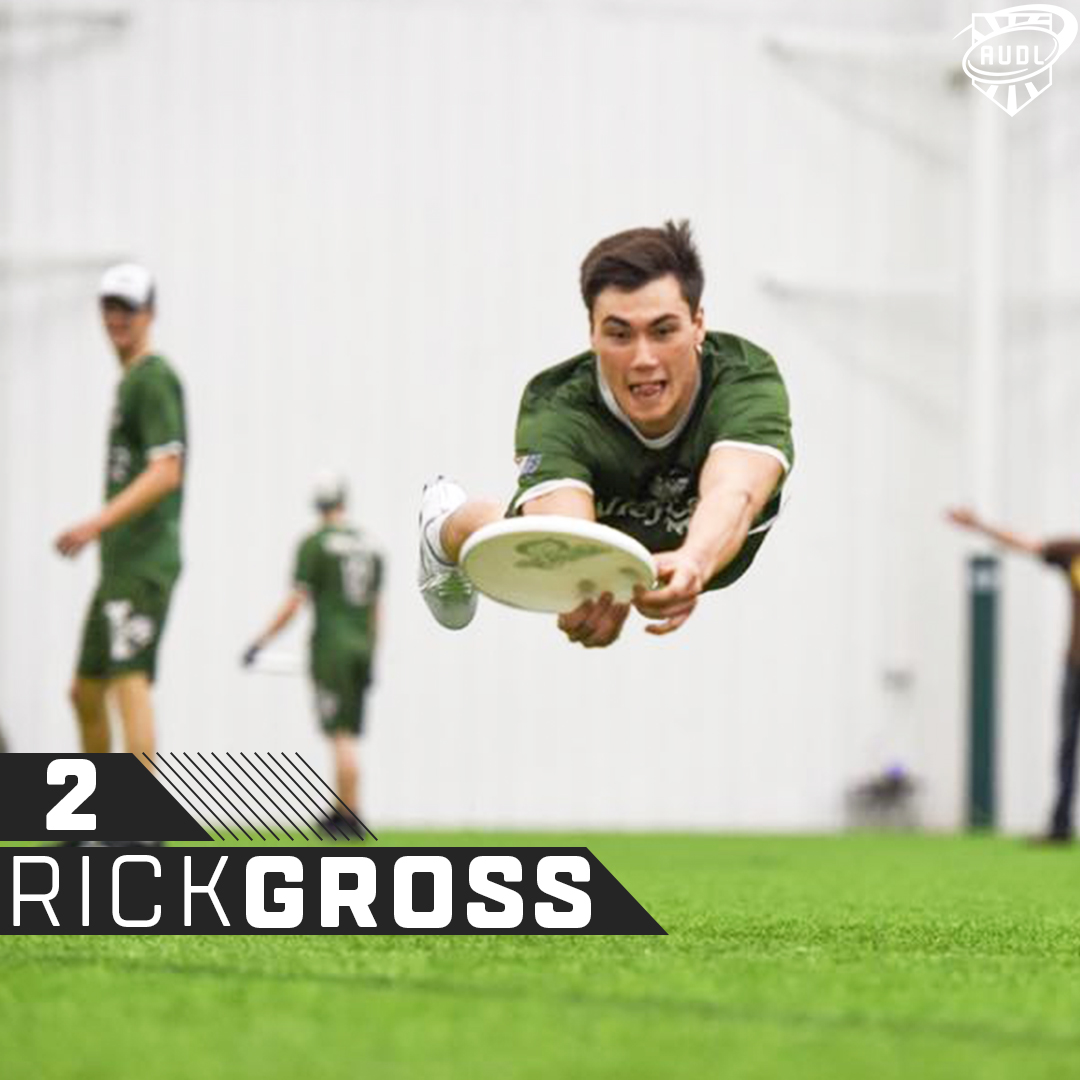 Similar to the two players preceding him on the First Team, Rick Gross and his seemingly limitless skillset have done nothing but meet and exceed expectations when given more opportunity on the upstart Indianapolis AlleyCats. The 24-year-old finished his fifth season as a pro third in the league in goals (56) and first in blocks (28), and is the first player in AUDL history to post back-to-back 25ast/55gls/25blk seasons. A dominant player in the air, Gross has emerged as a dangerous continuation thrower, punishing opposing defenses with 65 assists over the past two years. 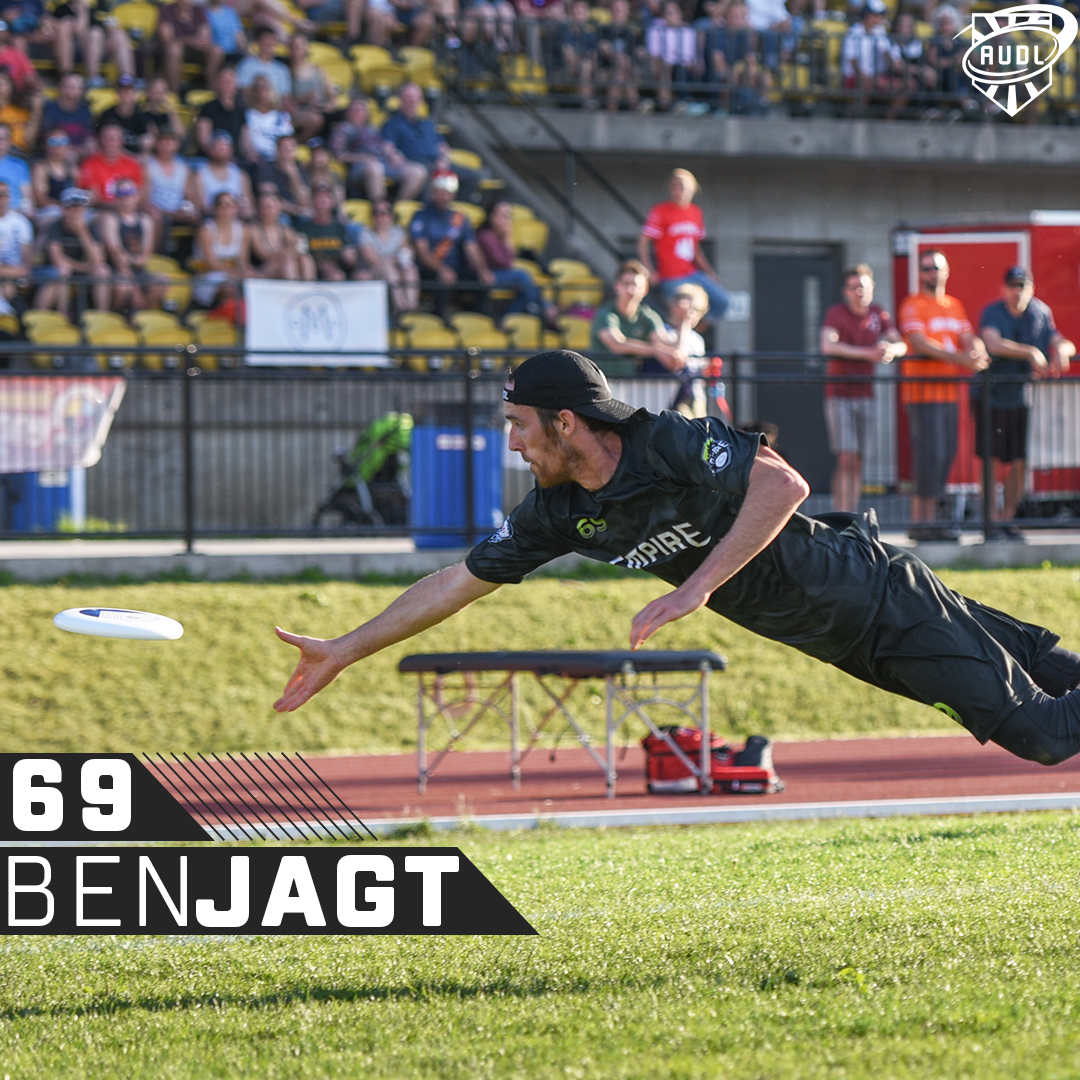 Always dangerous downfield at 6’6”, Ben Jagt emerged as an all-around star for the New York Empire by showcasing a refined throwing repertoire that gave him career bests in assists (51) and completions (261) in 2018. Jagt’s expanded throwing role combined with his potent cutting ability produced one of the most balanced and productive seasons in AUDL history. Jagt posted both a 10-assist game and a 7-goal game, and erupted for 15 scores in the 2018 semifinal against a normally stringent Dallas defense. Needing a 4-1 run late in the season to qualify for the playoffs, Jagt went on a tear, throwing 25 assists and scoring 16 goals while committing just eight turnovers over that stretch. 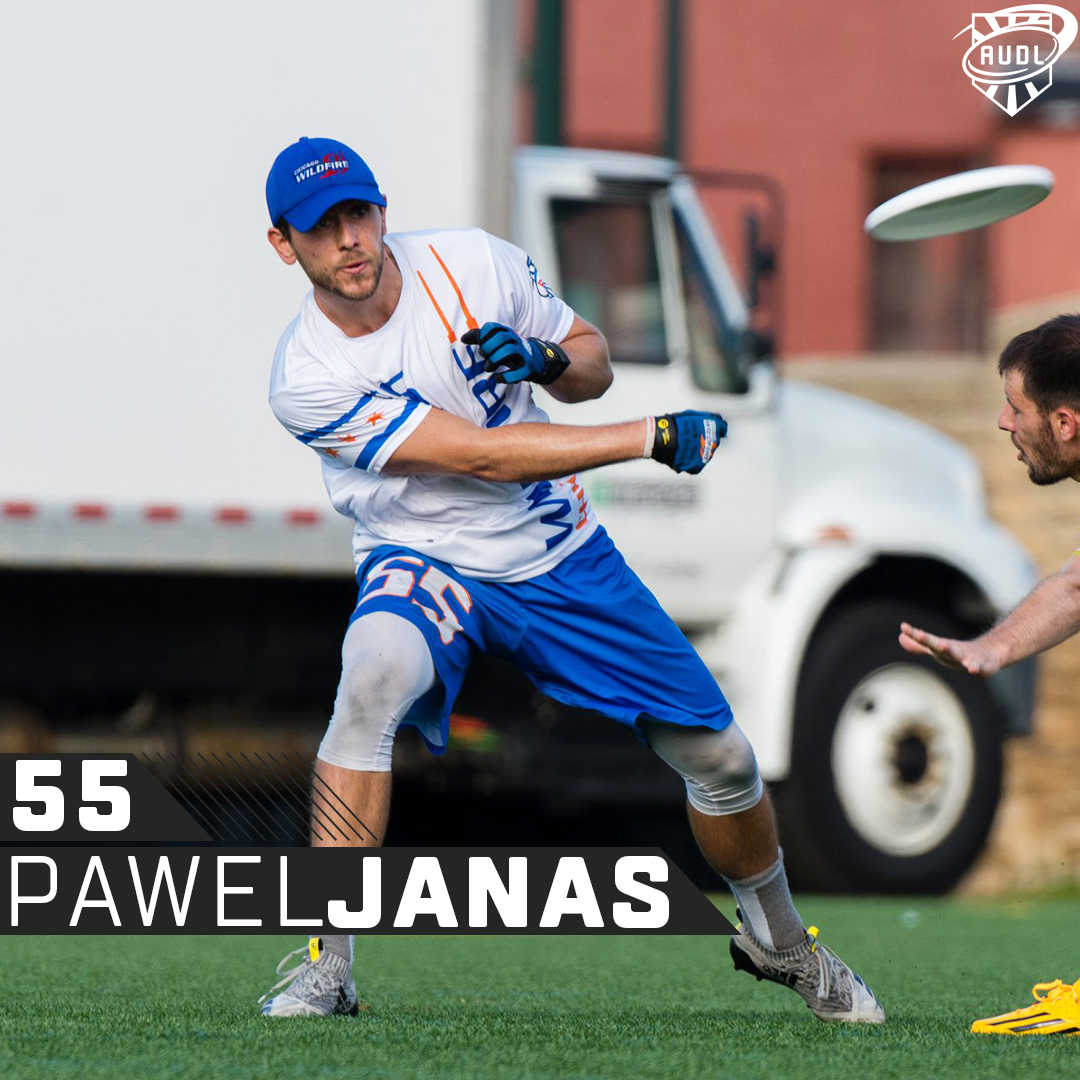 A year ago as a pro rookie, Pawel Janas posted one of the most impressive throwing seasons in league history with the Chicago Wildfire. All he did in 2018 was improve upon his already eye-popping stats, setting the single-season AUDL record for assists with 97, and uppling his completion rate from 92.70 percent last season to 96.60 percent while leading the league again with 818 completions. And those don’t just come on easy throws, either, as Janas has been one of the most prolific huckers in his first two seasons with Chicago. He saved his best for last against two playoff teams, throwing 11 assists and 60 completions in an almost-but-not-quite upset of the Radicals in Madison, and then turning around the next day Minnesota and throwing 10 assists on 56 completions. 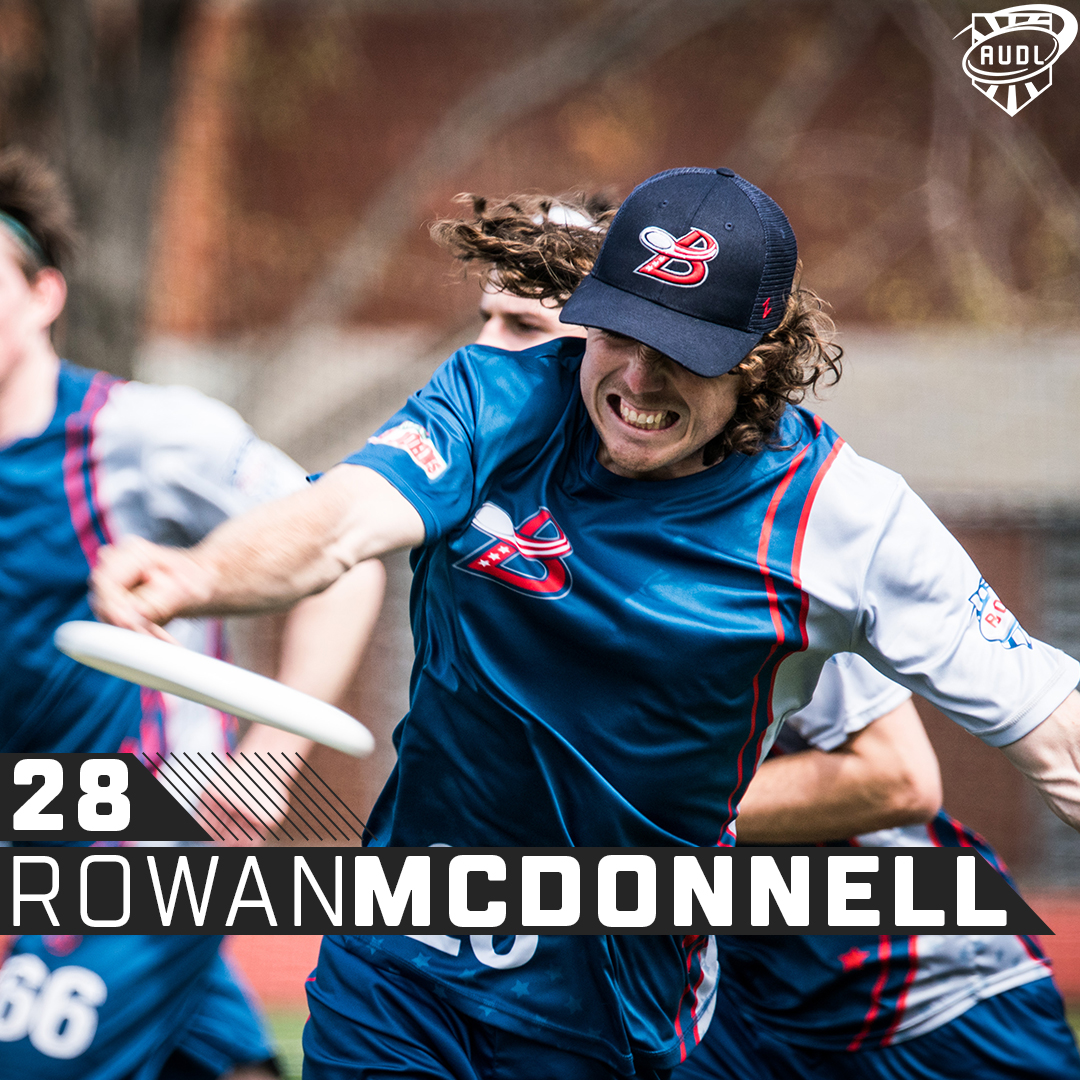 A super role player for the perennially playoff bound DC Breeze the past two seasons, Rowan McDonnell stepped into his first season as a team captain in 2018 and put up MVP-level numbers as both a throwing and receiving threat. In the team’s two biggest wins of the season, McDonnell was electric, scoring 10 goals against Raleigh and dishing eight assists on 72 completions in a big midseason upset of Toronto. A leader by example, McDonnell routinely set the tone for a young Breeze club with his relentless motion, capable of shaking open in small spaces for the reset, or hitting top gear and blowing past the defense. 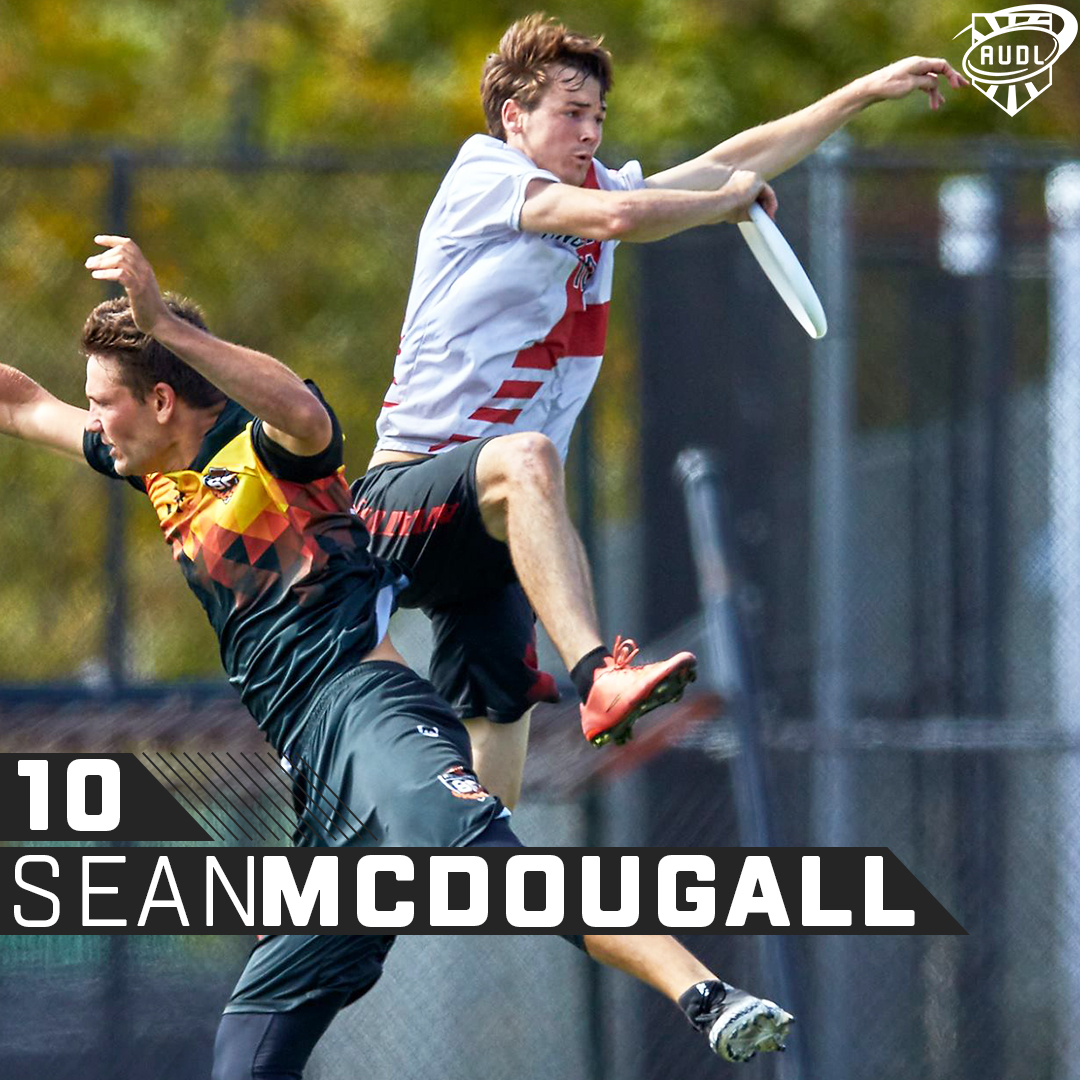 Named the fastest player in the West Division in 2018, Sean McDougall used his speed to lead the league in goals with 58, as well as finish in the top 10 in blocks with 23. Although explosive as an athlete, his high-level production was consistent throughout the season: During one five game stretch, McDougall tallied 27 goals, never dipping below four in any of those games. His role as a thrower can be limited, but McDougall’s ability to stretch the defense gave him plenty of opportunities to throw scores for the Los Angeles Aviators as he dished 24 assist and another 26 hockey assists while completing a tidy 94 percent of his 161 completions.