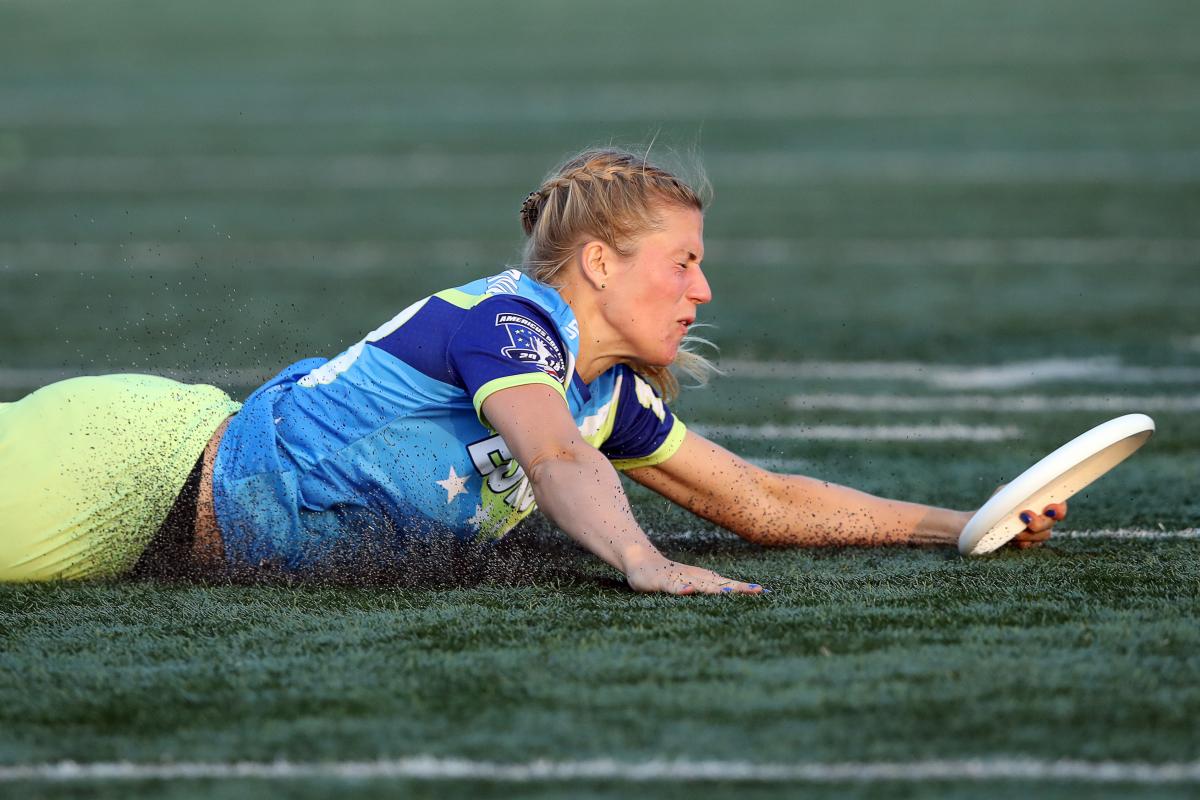 With the 2018 Eurostars tour underway, it's time to catch up on Team Europe vs Team America as the tour winds into the home stretch. The Eurostars currently have won two of their first three contests, but only lead 4-3 over Team America in the overall point standings due to their most recent five-goal loss to Fury.

The Eurostars and Madison Heist kicked off the 2018 tour in front of a few hundred fans in a game of big hucks and fast paced offensive fireworks. The match was expectedly close, with the Eurostars matching the home town Heist's energy from the opening pull; the teams were within one score every point of the first half. Heist ended up taking half as Amelia Cuarenta somehow came away with the disc from a frenzied pile up of players in the endzone. Eurostars found their groove in the second half and secured a decisive 15-12 victory over Heist with a clean throw from captain Bex Forth to Sarah Eklund.

The second game of the 2018 Eurostars tour opened with a massive sky from Charlie Mercer for the Seattle Riot score, and didn't slow down from there. The rest of the game matched the intensity of the first play, with quick fire passes from Riot and huge defensive plays by both teams highlighting an instant classic. Going point for point with Riot in the first half, the Eurostars took half with a crossfield hammer from main distributor Olivia Hauser. Despite Riot's skill, the home crowd, and the stakes, the Eurostars stayed cool under pressure and clinched their second win of the tour with a phenomenal throw from Hauser to Bex Forth to defeat the reigning world champions.

Riding the momentum of two big wins to start the 2018 tour, the Eurostars and their energy could not handle the relentless defensive pressure of the defending national champions San Francisco Fury. The hosts denied the Eurostars at the point of attack, making reset passes difficult and blitzing downfield off of turnovers for quick counterattacking break scores. As an exclamation on a dominant teamwide performance, Beth Kaylor sealed the Fury victory with a massive layout goal in coverage.

The game-winning catch by Beth Kaylor #47 in our hard fought battle against the @EuroStarsTour was #SCtop10 worthy! @ESPNAssignDesk pic.twitter.com/5eA5xUi6ma

After suffering their first loss of the 2018 tour, the Eurostars came out focused, taking an 8-3 lead into halftime while committing zero turnovers as a team. Ozone started the second half with a vengeance, scoring the first two goals and gathering momentum before a strong Georgia storm snuffed out their spark. After a rain delay, the Eurostars calmly and efficiently traded points with the hometown Atlanta squad until the 15-10 final. A win against Boston Brute Squad on August 23 would mean the Eurostars capture an overall tour victory.

The Brute Squad defense was locked in from the opening pull, creating pressure on almost every Eurostars throw and storming into halftime with an 8-1 lead in front of their home crowd. The Eurostars offense began to find its rhythm in the second half, trading scores with Boston. But it was too little too late for Team Europe as Boston prevailed 15-8, handing the Eurostars their worst loss of the tour.

In a seesaw game of momentum, the Eurostars caught fire down the stretch, scoring five straight goals to close out the game 15-12 over the Toronto 6ixers. The Canadian hosts began the second half with a boom, scoring a break on a big layout goal. But Team Europe slowly ratcheted up their defensive pressure throughout the game while cutting down on unforced errors. Maya Mileck made a game-changing layout save late in the game before tossing the hammer assist to Sarah Melvin for the decisive Team Europe score.

In their final game of the 2018 Eurostars Tour, Team Europe grabbed a lead in the fifth point of the game to make it 3-2 and never looked back from there, outscoring Team America 12-5 for the remainder of the game on their way to an easy 15-7 victory. The Eurostars defense was particularly tenacious that evening, as Ines Bringel and Dina Dumanskaia both providing highlight-reel layouts to prevent Scandal scores. The win improved Team Europe to a 5-2 record overall as they won the first Americus Pro Cup trophy in history.