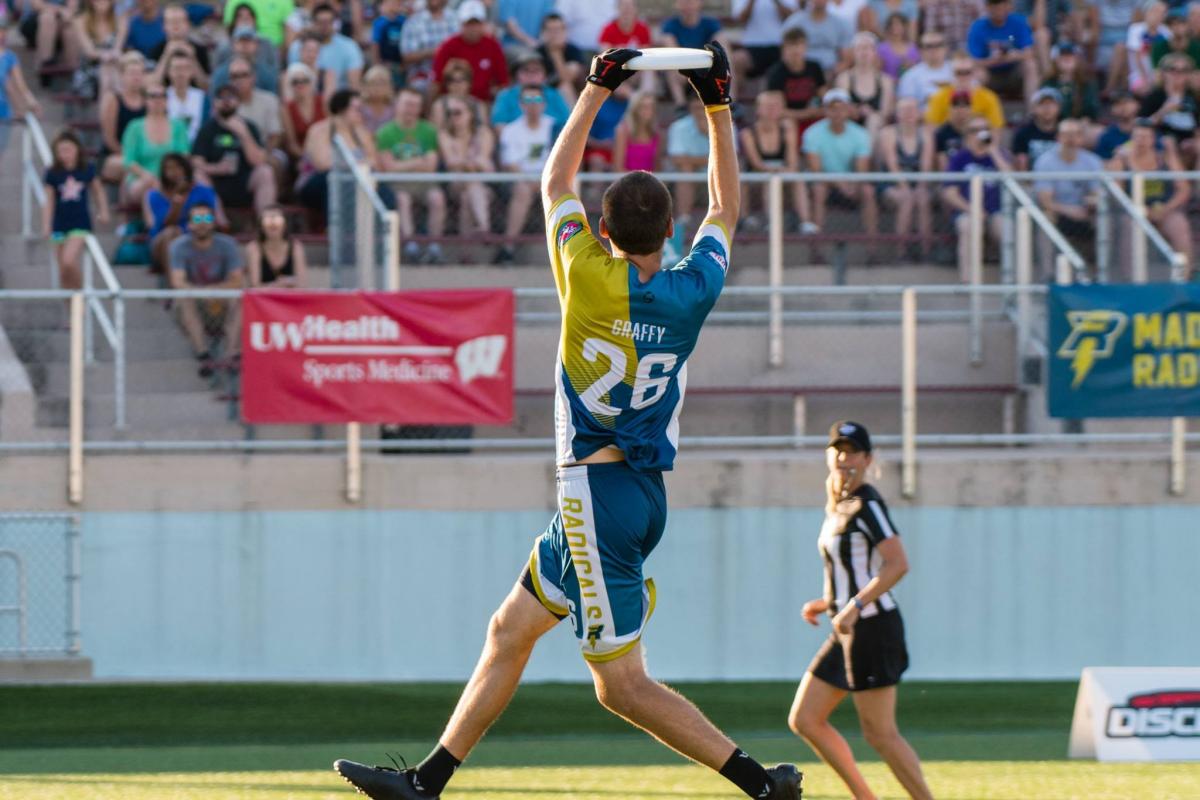 This is one part of a series of primers to introduce all four teams at 2018 AUDL Championship Weekend. Primers for: Dallas Roughnecks, Los Angeles Aviators, and New York Empire.

In past years, the Madison Radicals were defined by a grinding, tenacious defense and a methodical, sure-handed offense. The Radicals’ defense still chews their opponents whole, but the offense has changed dramatically this year. The Radicals have a more talented, athletic offense, and they are more willing to risk the highlight plays in search of quick scores. The Radicals walloped their divisional competition this year, but they are still unproven against the other, more talented teams that they’ll face at Championship Weekend. At home at Breese Stevens Field, the Radicals will have a huge advantage playing in front of the one of the best and rowdiest crowds in the league.

There are more options whom Madison will rotate into the offense, but the above-seven offer Madison its most potent offensive combination. Others include Scott Richgels, Thomas Coolidge, Avery Johnson, and Ben Nelson.

Graffy is Madison’s most explosive player. For years he has been the Radicals’ deep defender, lurking in the deep space of the zone and swallowing any hucks. This year especially, Graffy has been used on the offense as an initiating cutter.

Graffy answers any questions about Madison’s offense. In past years, they’ve gummed up in big games against teams with high-level stars on the D-Line. Their average point total from their past three Championship Weekend games was 19.7. Opponents knew what Madison wanted to do, and which cutter would go in which direction, and upper-echelon defenders could eliminate Madison’s offensive threats.

The offense is far more open this year, with players like Brown and Wiseman more willing to loft hucks to Madison’s athletes. Graffy allows Brown and Shriwise to cut in any direction, instead of always acting as initiating cutters. 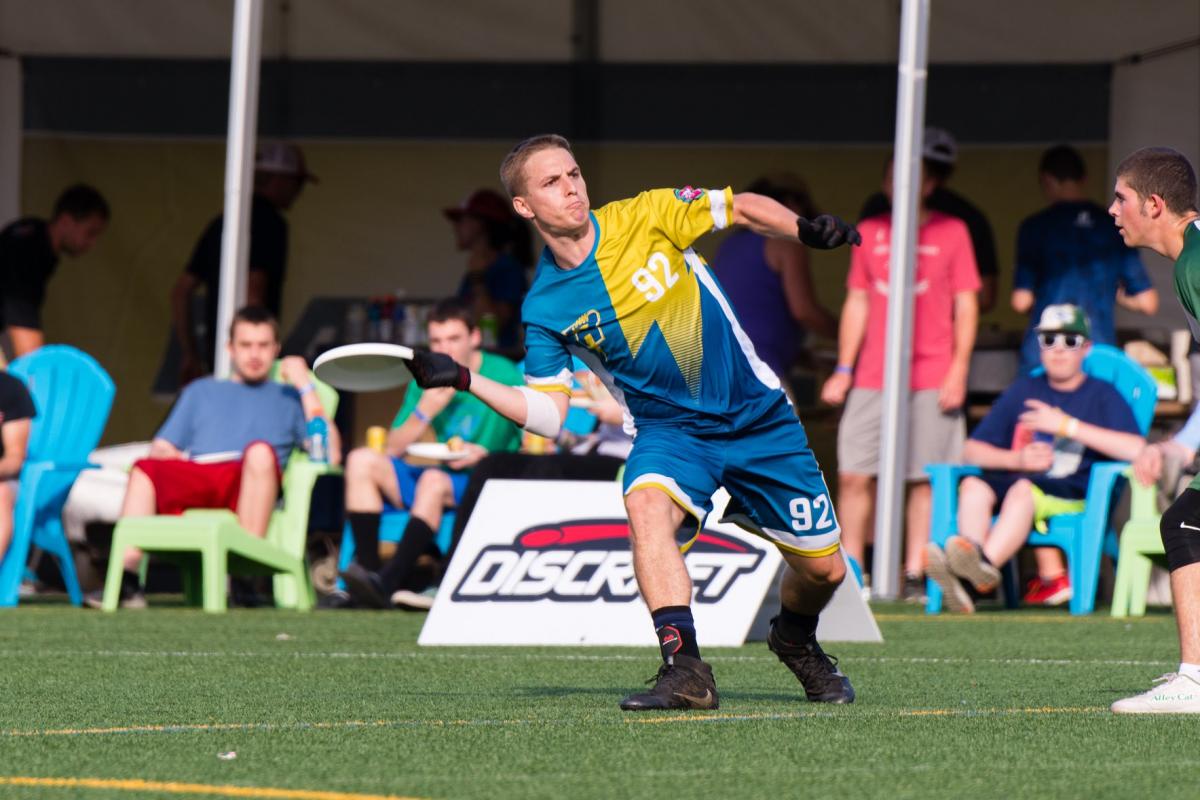 Brown unlocks everyone. Brown hurt himself towards the end of Madison’s mid-May game against the Chicago Wildfire, and his absence from the lineup shifted a variety of players out of position.

With Brown gone, Camp moved further backfield, using his throws more than his legs. The Radicals lost to the Raleigh Flyers, needed final-quarter comebacks to beat the Minnesota Wind Chill and Wildfire, and then lost to the Indianapolis AlleyCats.

When Brown returned the following week, the Radicals smashed the AlleyCats and then the Wind Chill at home towards the end of the season. His presence directly correlated with Madison’s success this season, but his counting stats were impressive as well. Brown combined for six assists and five goals in the two games following his return. More importantly, other stars on Madison’s offense were able to thrive with Brown beside them. Camp and Shriwise, especially, look like different players when Brown’s gravity is pulling defenders towards him.

I’ve had multiple players and coaches from different teams tell me this year that in order to prepare for playing the Madison Radicals, they practiced the week beforehand with eight or nine players on the defensive line. There’s simply no other way for an offense to simulate playing against Madison’s defense. 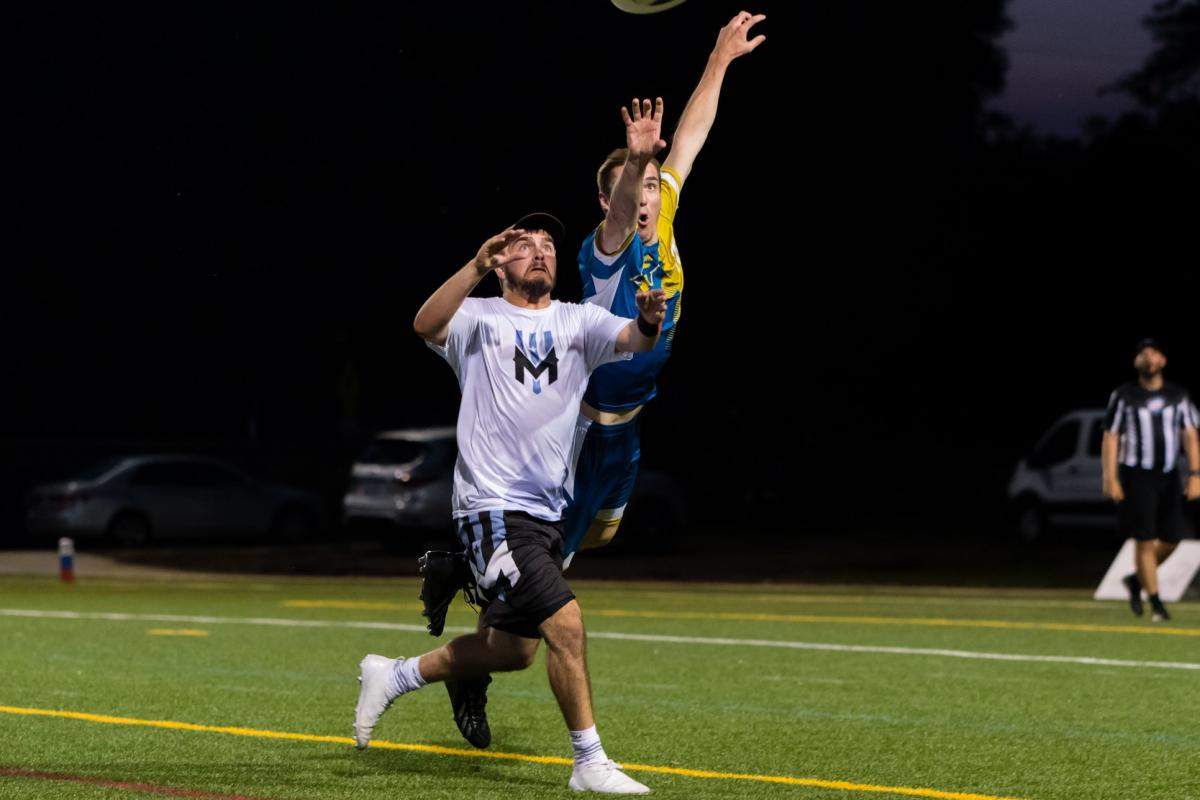 Madison is the best team in the league right now at feigning open spaces, and adjusting on the fly. Even if Madison allows a pass into the wrong space in their zone, and an opponent’s offensive player has the disc in power position, with cutters flying downfield, the shot rarely goes up. The disc somehow ends up going backwards. Even when the defense appears broken, it remains very much intact. This is especially true in the endzone, when an opponent can fastbreak all the way to the red zone, and then require 20 more passes to move forward even a foot. Impatience will damn an opponent, but so too will refusing easy looks when they are there. Teams can’t allow Madison to eat their identity.

Of course, that’s the idea. Because of health and availability, the Radicals have rarely used Weber and Meshnick on defense together this year. The 2018 Radicals have actually been most successful with their most athletic defenders playing person-on-person. Kevin Pettit-Scantling, Sterling Knoche, Chase Marty, Kyle Weigand, and Logan Pruess are all athletic, aggressive defenders who can match almost anyone in space.

When the Radicals have both zone and person defenses in tip-top shape, it gives them numerous weapons to use. They use both to keep opponents off-balance, flustering any offensive flow. However, a terrific defense can only score so many break points when playing the league’s most explosive offenses. Madison has always been a defense-first team, but they will need their offense to hold up their side of the bargain in order to win at Championship Weekend. That’s the value of shifting Graffy to the offense; it makes Madison far more potent, and the team bets that it already has enough talent on the D-Line to score enough breaks. If Madison’s defense continues performing up to its reputation – and it has, even in losses in past years at Championship Weekend – and its offense is improved, Madison will be hard to beat.