A flurry of big-name offseason additions in the past few weeks have set the stage for a grueling campaign in the East. Toronto are the winners of five consecutive division titles, and are coming off an appearance in the AUDL title game in 2017. But with improved DC and Montreal teams, and New York reportedly adding four-time league champion Beau Kittredge to a lineup that already featured MVP finalist Jeff Babbitt, the Rush will face their hardest regular season test to date. 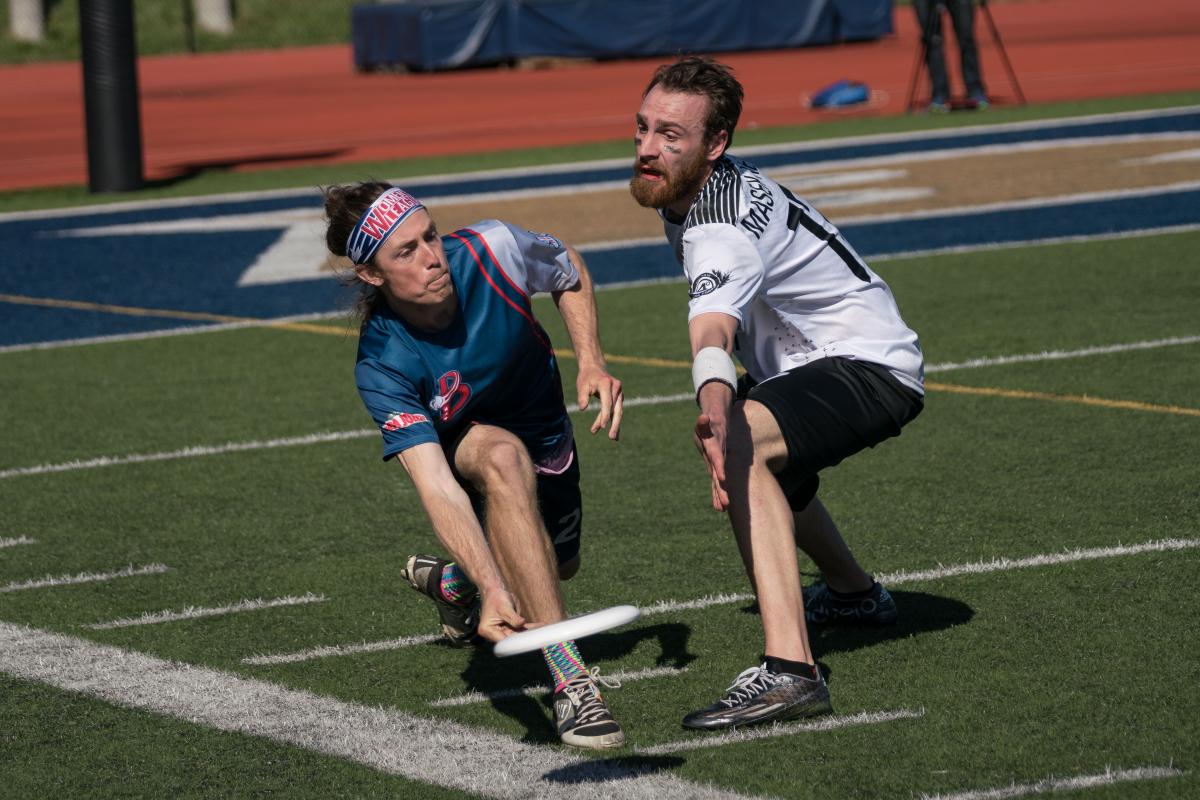 One Stat: Handler Lloyd Blake emerged as one of the most consistent high-volume players in the AUDL last season, ranking ninth overall in offensive effiency and placing him ahead of players like Mark Burton, Keenan Plew, and MVP Jonathan Nethercutt. Blake wasn't just productive (28 assists, 15 goals), he was relentlessly efficient, completing 420 throws to just 18 throwaways without committing a single drop on the year.

Lloyd Blake has a habit of making it looks easy with his lefty assists.

Outlook: The Breeze have one of the better organizational structures in the league, which creates stability season to season; there's a reason why this franchise has three 10-win seasons in the last four years. But with a lot of new faces on the roster come questions. Namely: Does this DC team have enough top-of-the-roster star power to hang with Toronto, New York, and other challengers? This is a team that has often won through group effort, so if the young additions can step into their roles quickly, the Breeze will be powerful once again in 2018. 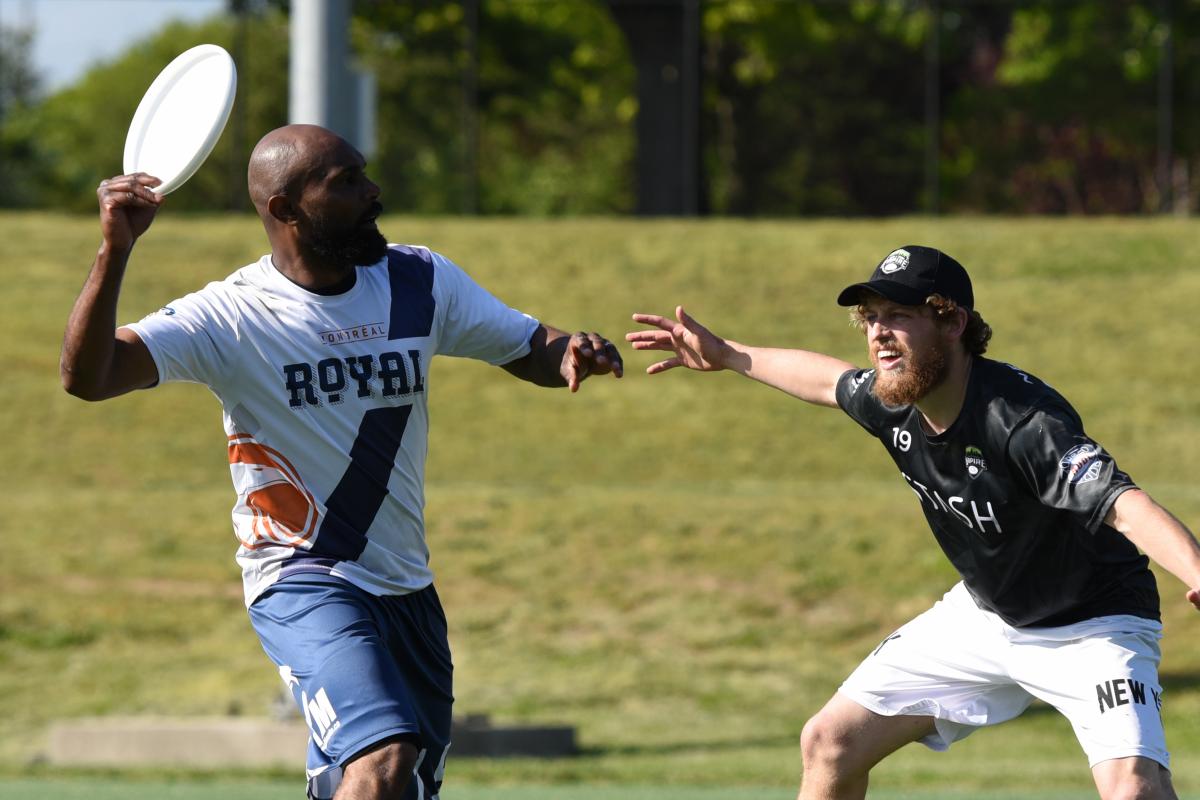 One Stat: The Royal are very good on defense at forcing opponents to play their style of game. They are frustratingly disruptive and pesky on handler rotations, not allowing opponents any easy resets. Last season Montreal allowed the second lowest team completion rating (89.96 percent) to opposing teams in the AUDL, to go along with the second fewest completions (2958) allowed by opponents. That's nearly 600 fewer completions than the average defense. Montreal commits to forcing opponents to beat them deep, making teams resort to less-than-reliable downfield throws.

Outlook: As I hinted at before, I think there's some true promise to the Royal this season. They have the right blend of styles and skills, youth and veteran determination that compose a lot of winning campaigns. They have a decided home field advantage in Montreal. And they're coming off a season that was overburdened with a lot of expectations, giving this team a fresh perspective for 2018. The Royal still have yet to get a win the playoffs, but this feels like it may be the year. 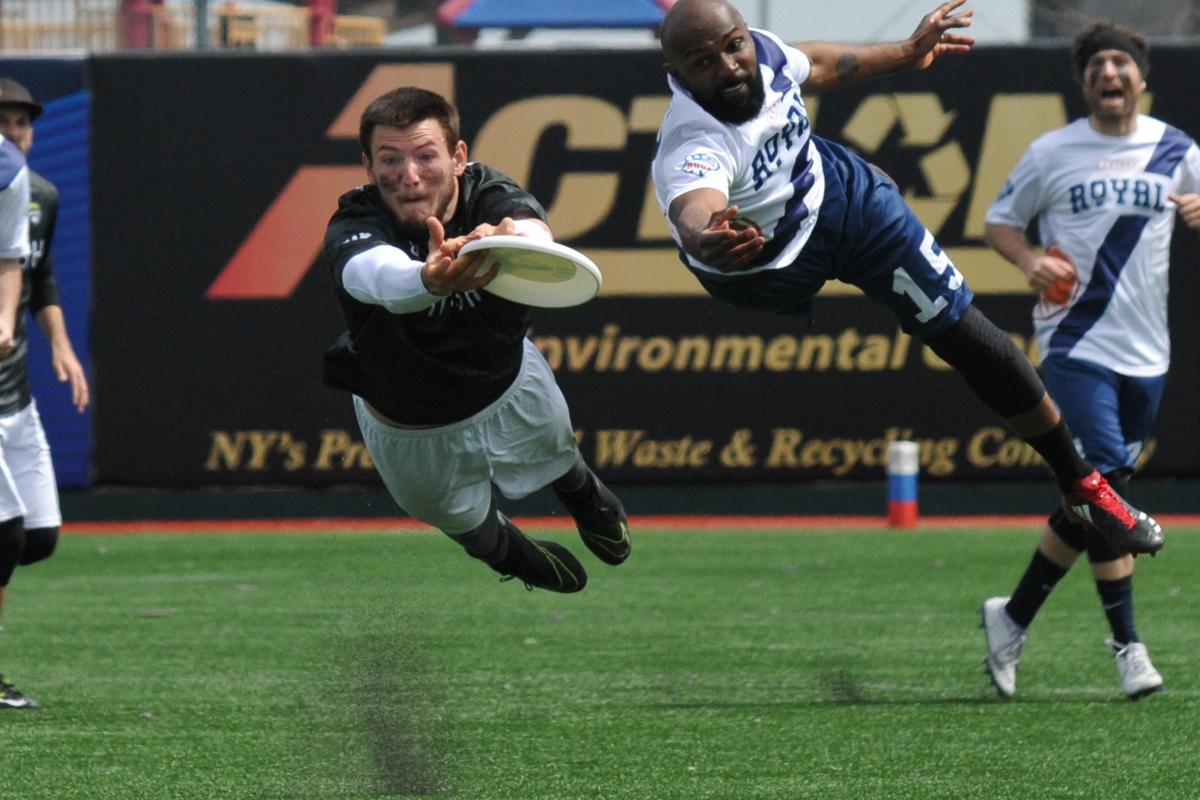 Babbitt was an MVP finalist in 2017. What could he do with Brownlee and Kittredge in 2018?

One Stat: There's no "I" in "team", and New York loves to emphasize the importance of structure and wholeness on the defensive side of the disc. But at this point, it's impossible not to take note at the singular, relentless productivity of Ryan Drost. Since joining the league in 2013, Drost has never had fewer than 27 blocks in a single season, collecting 115 total in his career while never missing a single game. There's a lot of reasons why the Empire perennially finish within the top three in the league in team defense, but it's hard to list any before arriving on Drost.

Outlook: New York has the greatest potential for both success and failure. There's a kaleidoscopic feeling when you look at their roster: look through the top end where all their talent lies - and the image of Garvey chucking discs deep to Babbitt, Beau, and 2016 scoring leader Conor Kline - and it's easy to see how this team could cause a lot of ruckus deep into the postseason. But viewing through the other end, this might be the thinnest Empire roster in years after an offseason of turnover. If Head Coach Eileen Murray can manage expectations as well as she showcased skill in Philly last season, New York could find itself back at Championship Weekend for the first time since 2014. 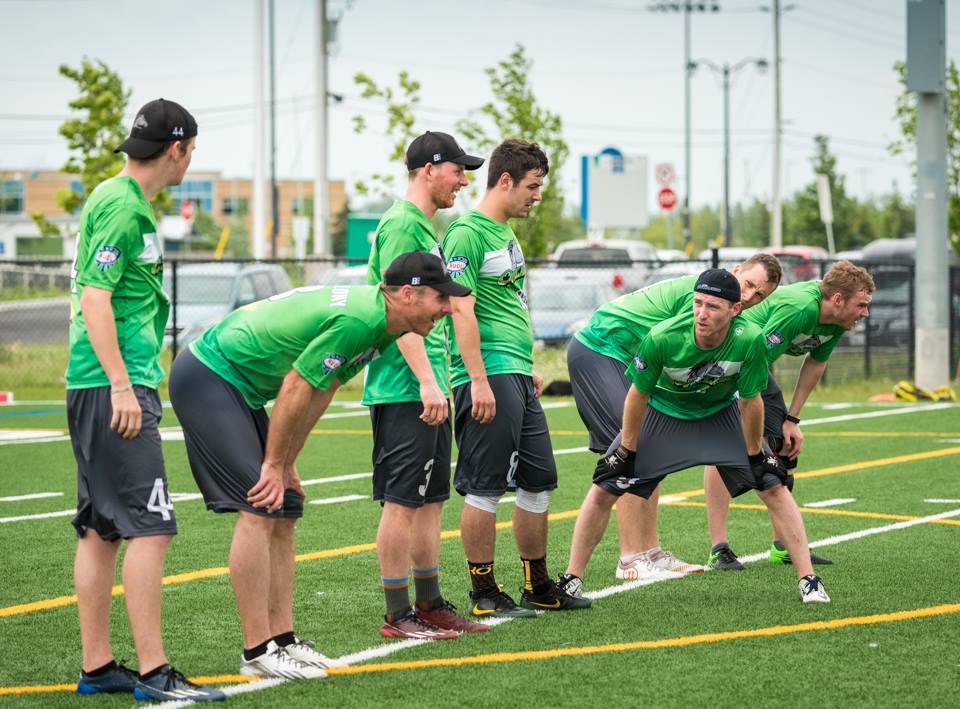 One Stat: In the last three seasons of play, Derek Alexander has 1,552 completions, making him one of only two players in the league that averaged at least 500 completions a season over that time. What's even more impressive is that he's done this while missing three, six, and four games in each of the past three seasons respectively. That puts Alexander at an astronomical 54 completions a game for his career. For perspective: Among players with more than five games played in 2017, there were just three players who could match that rate, and all three were nominated to All-AUDL teams.

Derek Alexander showing off the push pass swagger for the hockey assist.

Outlook: After a rough two-win season plagued by inconsistency, the Outlaws will likely once again resume the role of the East Division's litmus test team: You can beat them if you're good, but slack or have an off night, and the Outlaws will make you pay. They have a surprising number of weapons on offense, and might be the most hammer-adept throwing team in the league, opening up a variety of field spaces that most teams don't have access to. Still, despite their youth, growth, and potential upside, it's hard to see the Outlaws earning their first playoff appearance this season given the quality of opponent they be facing week after week in a deeper division. 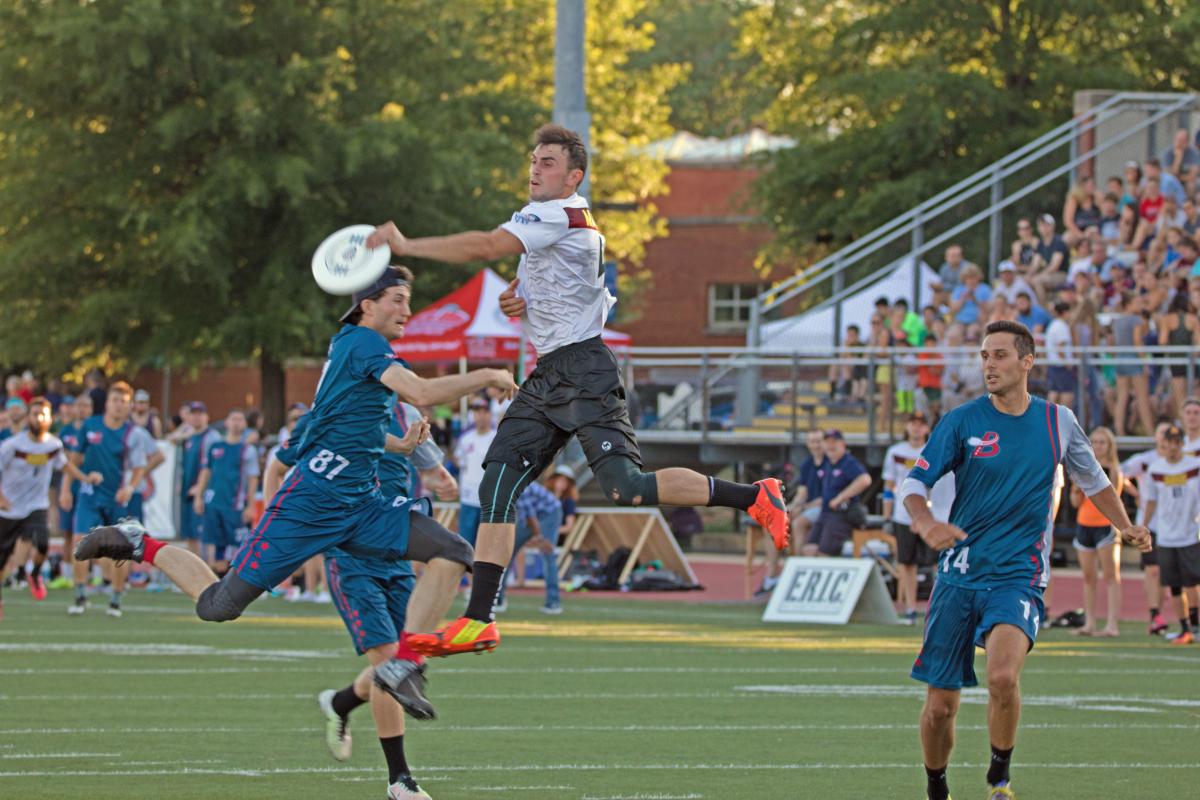 One Stat: The Phoenix will be without their top three goal scorers from last season, who accounted for 105 goals between them. The additions of Mehta and Strouse - the latter of whom scored 28 goals for Philly two seasons ago - will help shore up some of what they will be missing. But this team needs to identify who its primary playmakers at the beginning of the season, or they could fade quickly back to the cellar in a very competitive East.

Outlook: The Phoenix filled the role of spoiler well last season, notching wins against both the playoff bound Breese and Royal. Philly relied on a lot of big plays on offense to stay competitive last year, and it remains to be seen whether this group can emulate that style, or will shift to something more stable. They may not factor in directly to the playoff picture, but the Phoenix will absolutely help decide who qualifies for the postseason in 2018. 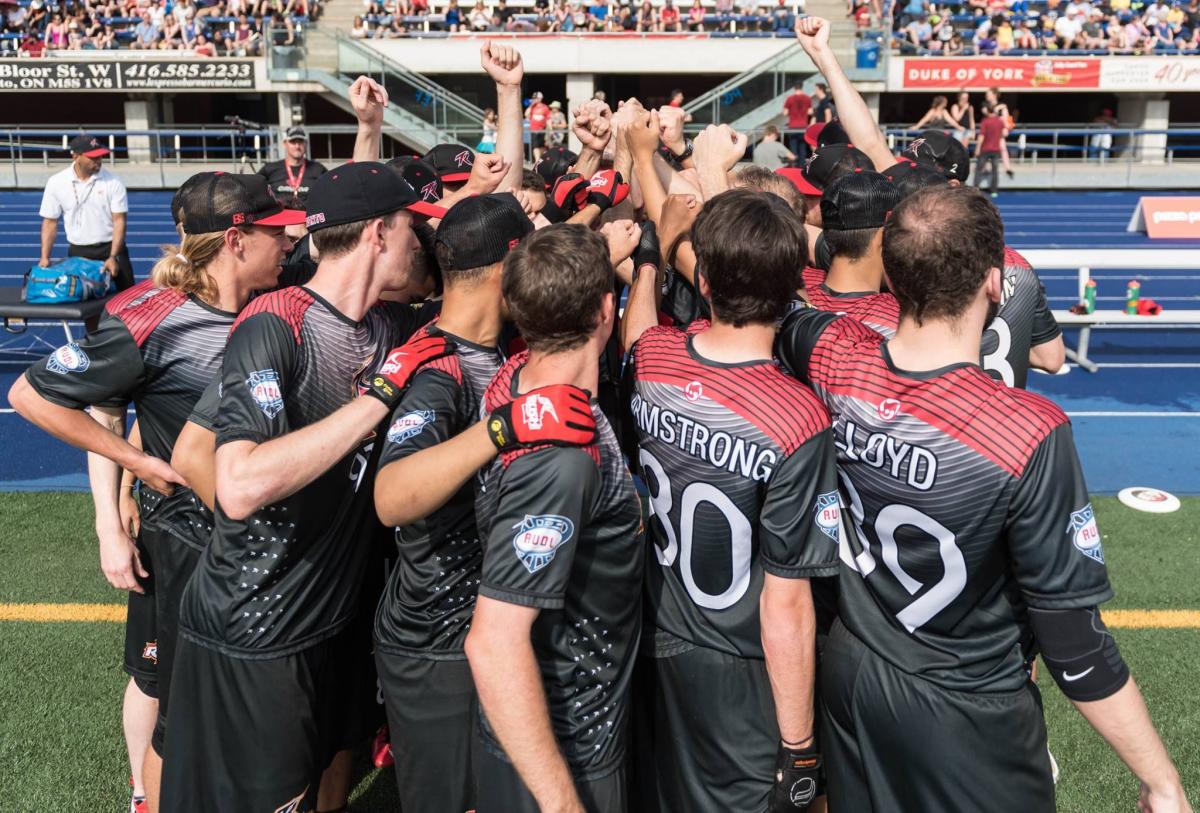 One Stat: This Toronto franchise's dominance continues to be unparalleled, as 2017 marked their fifth straight season as East Division champions. They maintain the longest such streak of any, and are one of only five franchises - along with Raleigh, Madison, San Jose, and San Francisco - in AUDL history to win more than one regular season divisional title. To put their power into team numbers, in 72 games as a franchise they've averaged 27.3 goals per game while allowing just 19.3 goals per game.

Outlook: Even though they lost the championship game, Toronto won the weekend at last season's final four and enters 2018 with possibly the best momentum in the AUDL. The Rush are at their best when they're sidelines are energized and the team is feeding off of their defense pressure, and with Vasilyev and Foord back on board, Toronto's coverage would only improve. This is one of the truly elite teams in the league, and anything less than a repeat apperance in the championship game would be a bit of a letdown.