On August 11 and 12, four divisional champions from around North America will compete for the seventh AUDL Championship in Madison, WI: the Dallas Roughnecks, Los Angeles Aviators, Madison Radicals, and New York Empire.

At the end of the AUDL season our statistics database is loaded with so many passes, Ds, and goals from each team’s 14 regular season games that averaged statistics can look very similar when comparing teams. Sorting within categories can be revealing and quite interesting. When it comes to what happens during Championship Weekend VII these rankings won’t really mean anything, but they give some basic insight into the strengths and weaknesses of our remaining competitors. 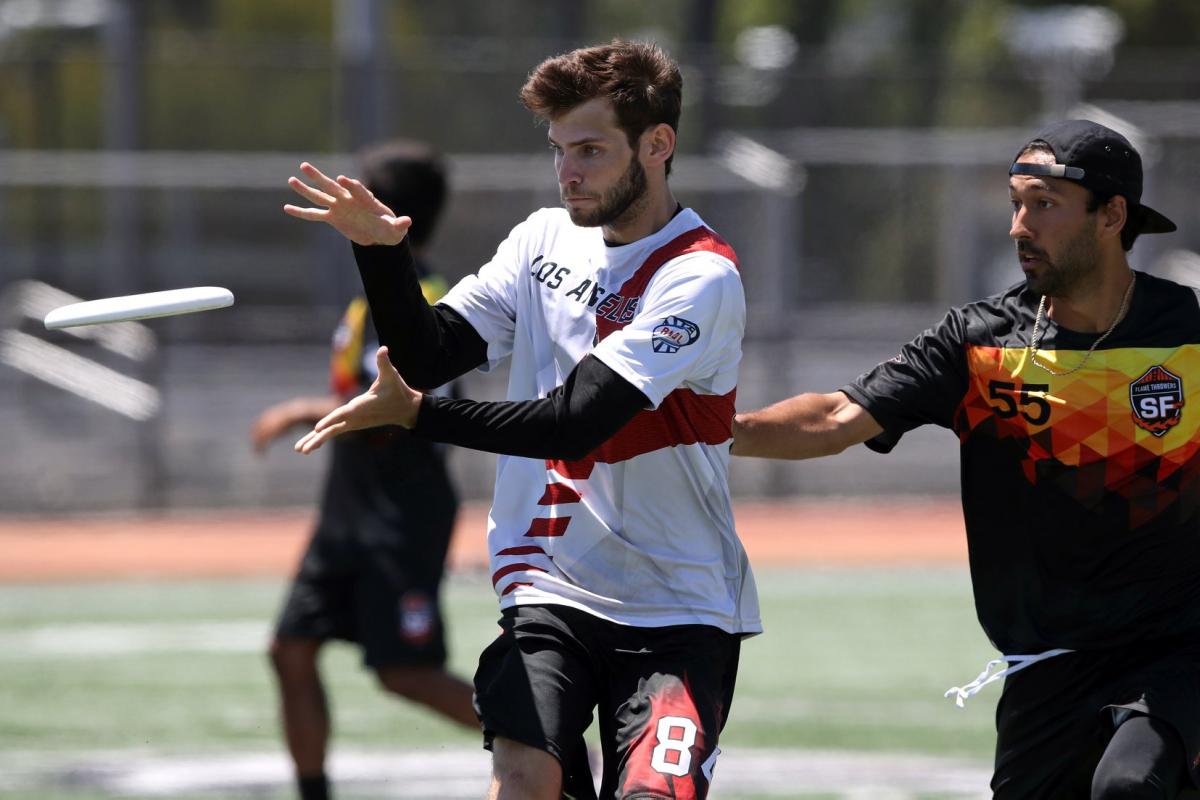 Los Angeles Aviators are atop the heap in scoring efficiency and volume (just more than their semifinal opponent with 1.09 fewer passes per goal and .27 more goals per game) but the Aviators are toward the back of the Top 10 in most other offensive categories. Their high powered offense has scored in bunches this season and at will against many opponents, but their aggressive style could be tested against their defense focused championship weekend opponents. Three players to watch: Sean McDougall, Chris Mazur, Jesse Cohen 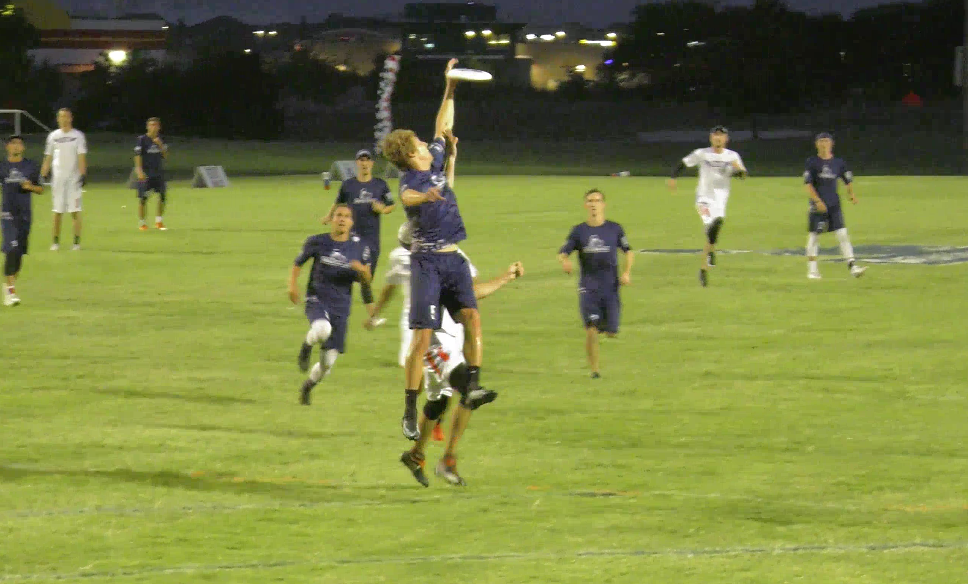 The Dallas Roughnecks come into championship weekend as the top seed out of arguably the highest power division in the AUDL this season, losing one game this season to a close divisional rival in the Raleigh Flyers. Looking at the table of averages above the only thing popping out to me about Dallas’s offense is that they’re solid. The Roughnecks score quite a bit (8th, goals/game) and their turnovers mostly come from aggressive handling (20th, throwaways/game) because they don’t drop the disc very much (5th, drops/game). Three players to watch: Jay Froude, Matt Jackson, Kevin Richardson

**Dallas gave up 5 Callahans this season, most in the league by 3! Is there a secret weakness in the reset core that led to this anomalous season? Does the wind in Texas cause more Callahans? 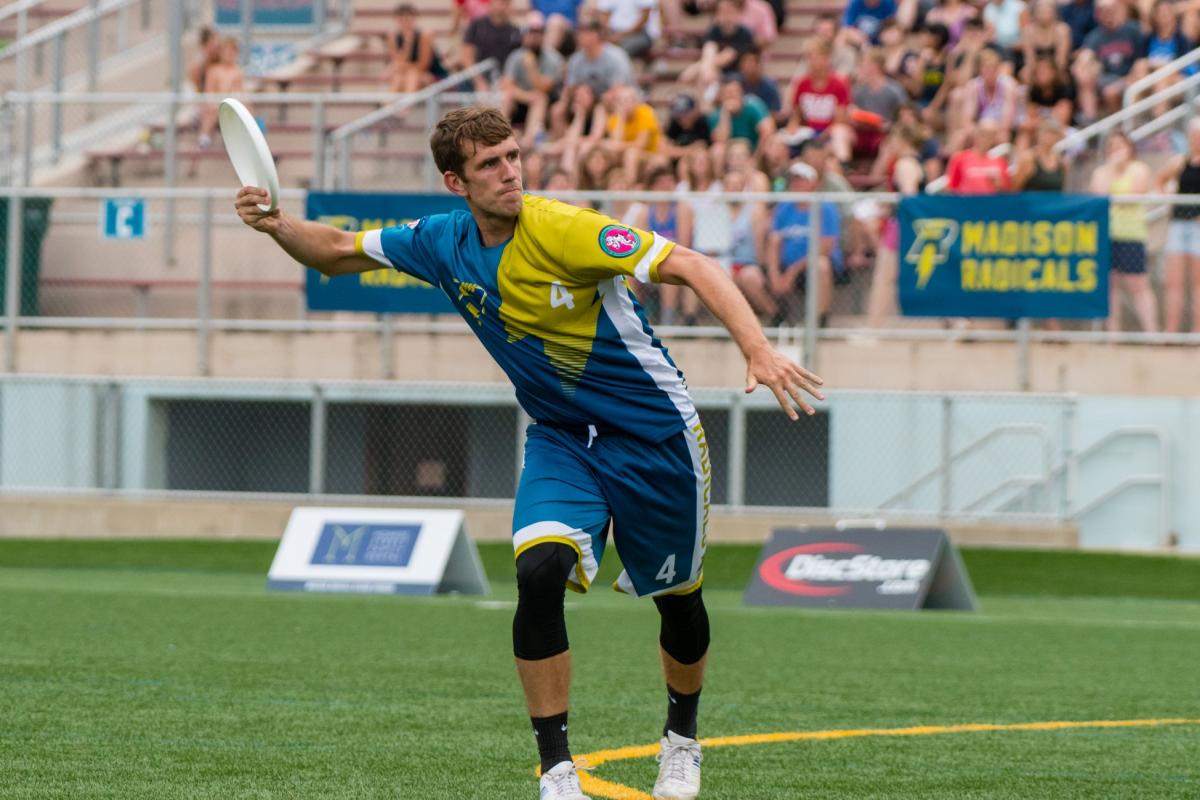 Known primarily for their defensive strengths, the Madison Radicals come into their fifth consecutive semifinal appearance having had a top-five season in almost every major offensive category. The Radicals looked to retool their offense this season to get over the championship weekend hump. It seems they’ve been able to score more, quicker this season, with drops per game as the only indicator that they’re looking deep with their focus on scoring. Three players to watch: Peter Graffy, Pat Shriwise, Colin Camp

Though many didn’t expect to see the New York Empire at Championship Weekend VII, the changes on offense are reflected in their positioning in the top 10 in most categories. Even middle of the pack scoring totals can be attributed to New York’s focus on slowing things down this season. The Empire’s low turnovers are likely another result of their slowdown, with their talent and size playing safely with the disc they will be a tough matchup for Dallas. Three players to watch: Ben Jagt, Harper Garvey, Ben Katz