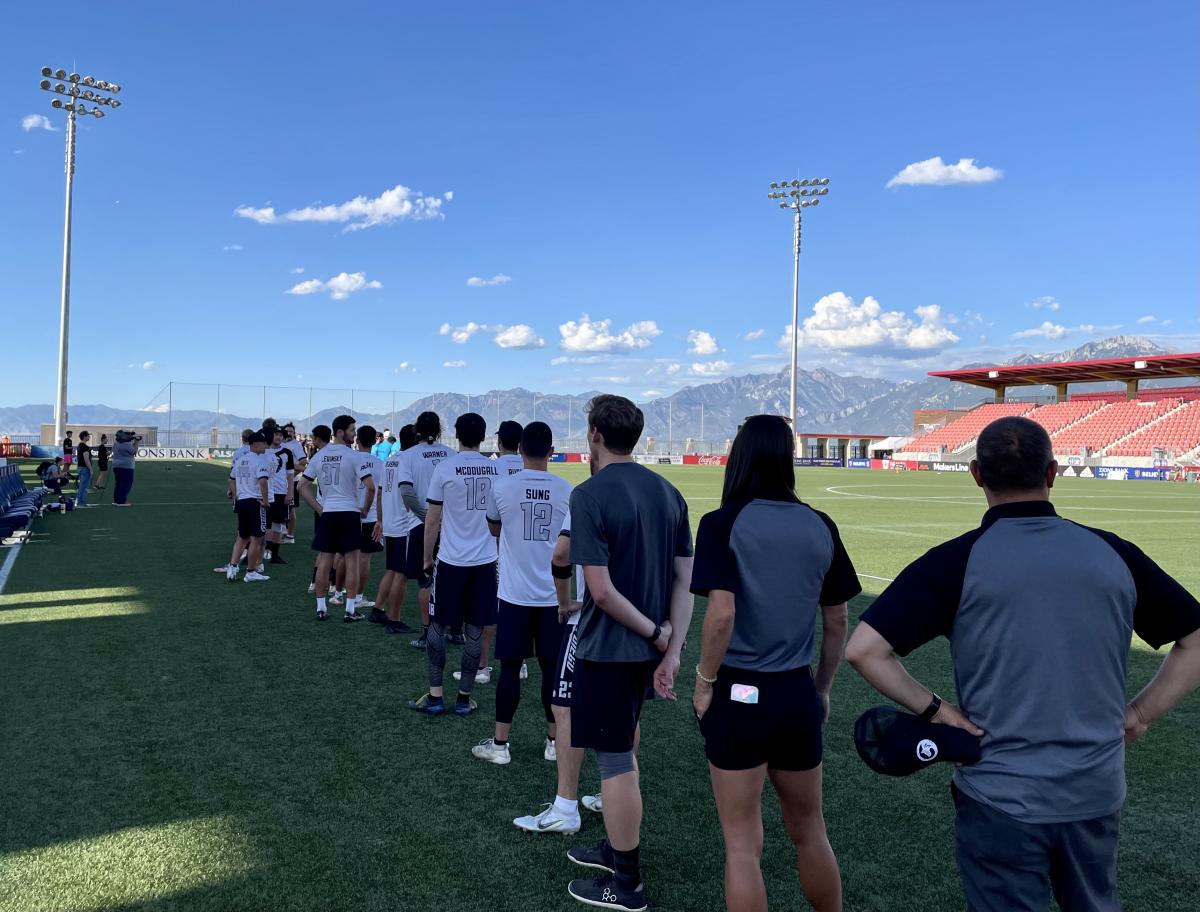 The San Diego Growlers traveled to Salt Lake City on Friday, June 24 to avenge their only loss of the season on opening day to the Shred. This game would potentially have future playoff ramifications as the two teams jockey for second place in the West.

The Shred started with a couple of holds, and after two consecutive Growlers’ drops, Salt Lake capitalized on their break chances to take an early 4-1 lead. San Diego got back on track with a Will Turner assist to Sean McDougall, but Salt Lake countered with a hold and another break, 6-2. The Growlers were likely struggling with the heat and elevation, but fought back with two offensive holds as Travis Dunn caught the score to get within three and end the quarter, 7-4.

The Growlers surrendered a break to start the second quarter, but the score was 8-6 after a hold, a layout interception from Michael Tran, and Bryce Lozinski found a diving Tyler Bacon for a break response. Salt Lake dropped the disc on the next point, and San Diego took advantage with another break with a Matt Nelson score and emphatic disc spike. The Shred took care of business on offense, and after multiple turnovers and timeouts from both teams, Salt Lake came away with a break to go up 10-7. After Dunn assisted to Jordan Queckboerner, the Growlers squandered a great break chance with a drop in the end zone leading to a Shred score and a halftime lead of 11-8.

A couple Shred turnovers led to a Reggie Sung to Loziniski break score to start the third quarter. But after a Salt Lake hold and break, the lead was back up to 13-9. The teams traded, then another San Diego turnover resulted in a break. Paul Lally took charge of the disc, as both teams seemed to settle into an offensive groove with more trades, until a Salt Lake turnover with 18 seconds led to a Growlers timeout. San Diego converted when Dunn’s long huck was reeled in by Queckboerner for the goal, but the Growlers still trailed 17-14.

San Diego’s Hunter Corbett and Salt Lake traded two scores, but after a Growlers receiver was obviously contacted through his back and received no foul call by the refs, the Shred took full advantage for a break and a 20-16 lead. Another Growlers turnover on the next possession led to an incredible deflected, toe-tap catch by the Shred for a 21-16 with 4:42 remaining. Each squad traded scores, and Bacon generated a break opportunity with a huge layout block, but once again drops and turnovers plagued any chance of a comeback, as the Shred would eventually close out the win 23-18.

The Growlers were led by Travis Dunn’s +6 performance, with 6 assists, 1 goal, and 2 blocks. Hunter Corbett had a strong game with 2 assists, 3 goals and 1 block, while Bryce Lozinski added 2 assists and 1 goal. San Diego was their own worst enemy with an uncharacteristic 31 team turnovers and will need to bounce back quickly vs the first place Colorado Summit on Saturday.