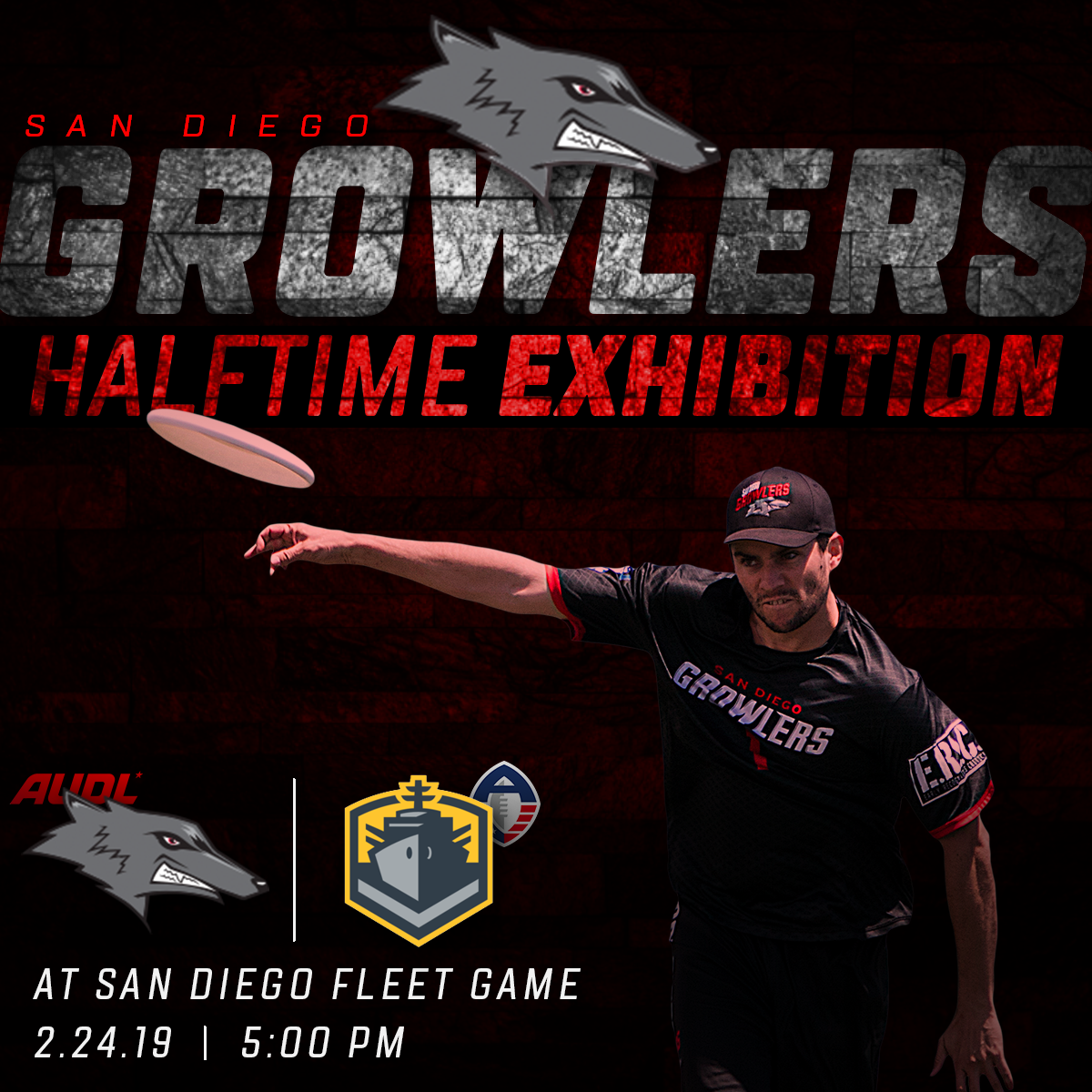 The San Diego Growlers announced today they will be playing an exhibition showcase at half-time of the San Diego Fleet Week 3 home game against the San Antonio Commanders. The game will be played at SDCCU Stadium this Sunday, February 24 at 5pm.

The Growlers will split into two teams of 10 players each, and they will take the field at half-time for a short exhibition. The announcement comes just days after the Atlanta Hustle announced they will be playing a half-time exhibition of their own at an Atlanta Legends game in March.

The event will mark the fourth time one or multiple American Ultimate Disc League (AUDL) teams will have played at half-time of a professional football game, with the most recent showcase occurring at the 2018 Week 17 Minnesota Vikings game between the Minnesota Wind Chill and Chicago Wildfire. Past examples also include AUDL exhibitions at a 2017 Vikings game and a 2016 Green Bay Packers game. 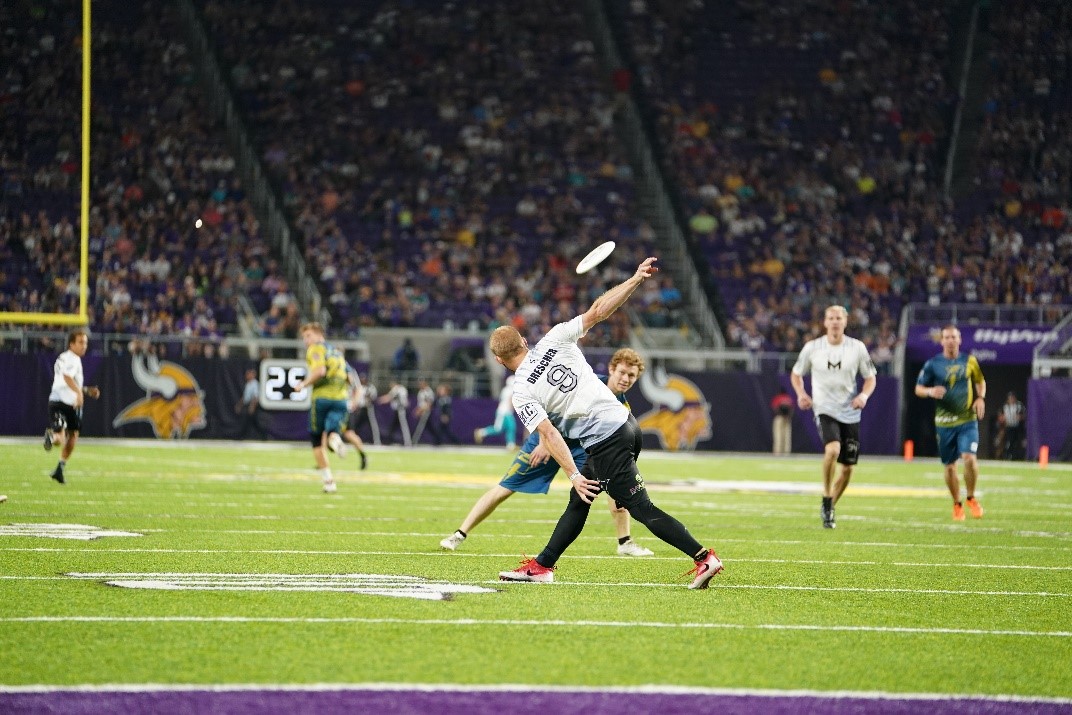 The San Diego Fleet are one of eight teams playing in the Alliance of American Football (AAF), a new professional football league playing its inaugural season in 2019. In last week’s home opener, the Fleet exceeded 20,000 in attendance.

Tickets to the game are available for just $25 when bought through the Growlers. The Growlers are set to play their 2019 home opener on April 6. Season tickets available now!