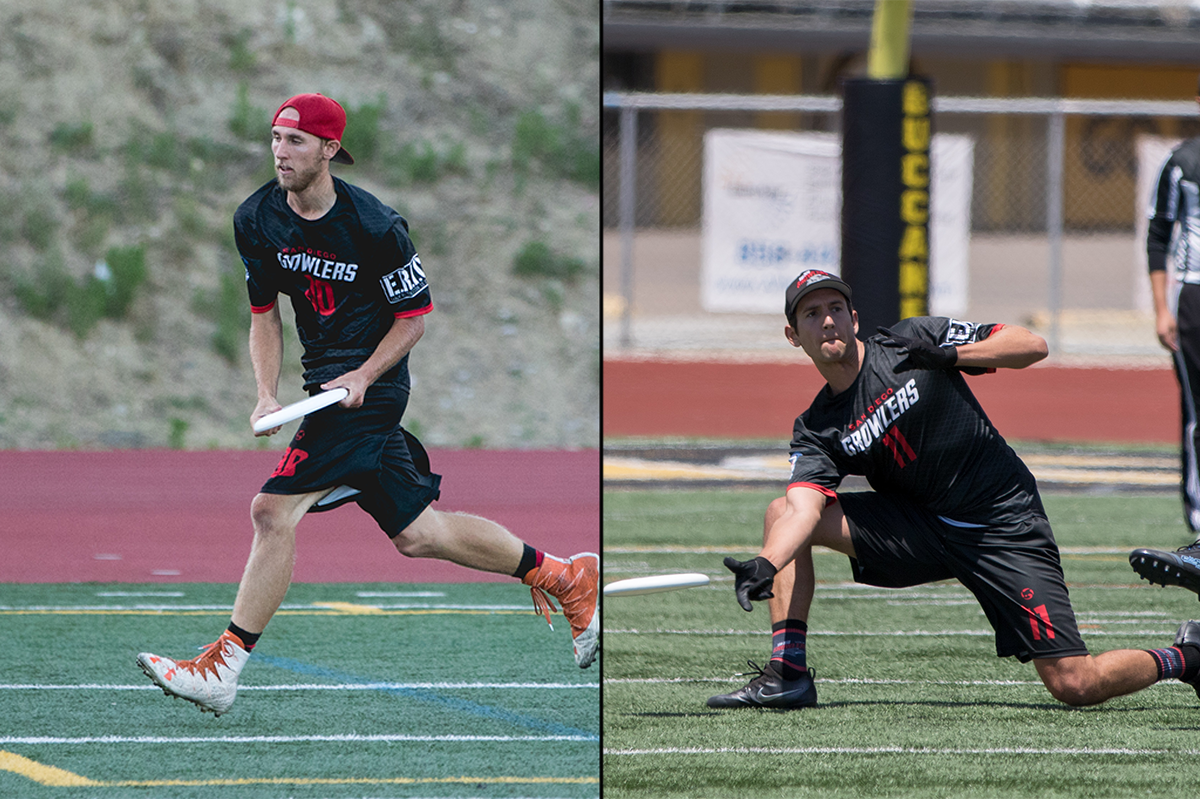 Travis Dunn and Steven Milardovich are returning to lead the Growlers as captains for the 2019 season. San Diego is coming off a 7-7 regular season and their first playoff apperance as a franchise. Last week, the team announced a major signing through free agency with the addition of two-time league MVP Jonathan "Goose" Helton.

Dunn and Milardovich have been with the San Diego franchise since its inception in 2015. Each player has grown into a star. Dunn has developed into one of the best all-around offensive players in the league, and was selected to the 2018 All-AUDL First Team last season. Milardovich is already 14th all-time in AUDL history in blocks, averaging nearly two per game in 50 career regular season apperances. We sat down with Travis and Steven to get a few thoughts on the upcoming season.

You two have been with the Growlers since year one. Does this season feel any different? If so, why?

Dunn: It feels like we finally have a solid idea of who we are and where we want to be headed. We also have several new additions that will be great to add to the group of returners from last year.

Milardovich: Every season feels different in its own way but this year the identity and culture of the team feels stronger than ever. I think we have learned and grown each season, and at this point it feels like we really know who we are and we're all in.

What are you most excited about this season?

Dunn: I am excited to get back after it this year after our first playoff appearance last year. It will be nice entering a season with a large group of core returners and a strong leadership group that has been built over the entire lifetime of the Growlers.

Milardovich: The thing that excites me the most is the potential of our team this year. We have some really exciting players and great continuity from last year, and we are going to be a tough team to deal with in the west this year.

What do you expect to bring to the team as a captain?

Dunn: I hope, as a captain, to lead by example. I need to work hard and play disciplined if I am asking that out of our other 20-30 guys.

Milardovich: As a captain I hope to bring a steady presence to the team by working hard and playing whatever my role on the field is to the best of my ability. Maybe I can mix in a big play or two, but consistency is really what I strive for.

Which Growler player do you think will have a big year?

Dunn: Looking at the roster we have put together this year, it is hard not to get excited about the potential of this group, so I look forward to getting out on the field with these guys in April.

Milardovich: Look for some second year players like Scott Radlauer and Tim Okita to continue getting better and make a big impact for us this season. They are the kind of guys that are a pain to match up with in practice but you love to have on your team.

We expect big things from these two superstars, take a look at their highlights and get ready for the season to kick off in April.